Top Posts
Challenges Remain, But There Are Opportunities to Be Had in...
Interview with Mr. Olukayode Pitan, Chief Executive Officer and Managing...
Commodities Outlook for 2023
The Value of Cash in a Time of Crisis: How...
The US-Africa Leaders Summit: Fostering a Closer Relationship with the...
Three Key Sectors in Which to Invest in 2023
Home Finance Global Economic Turmoil Raises Concerns Over Bursting of the Tech Bubble
Finance 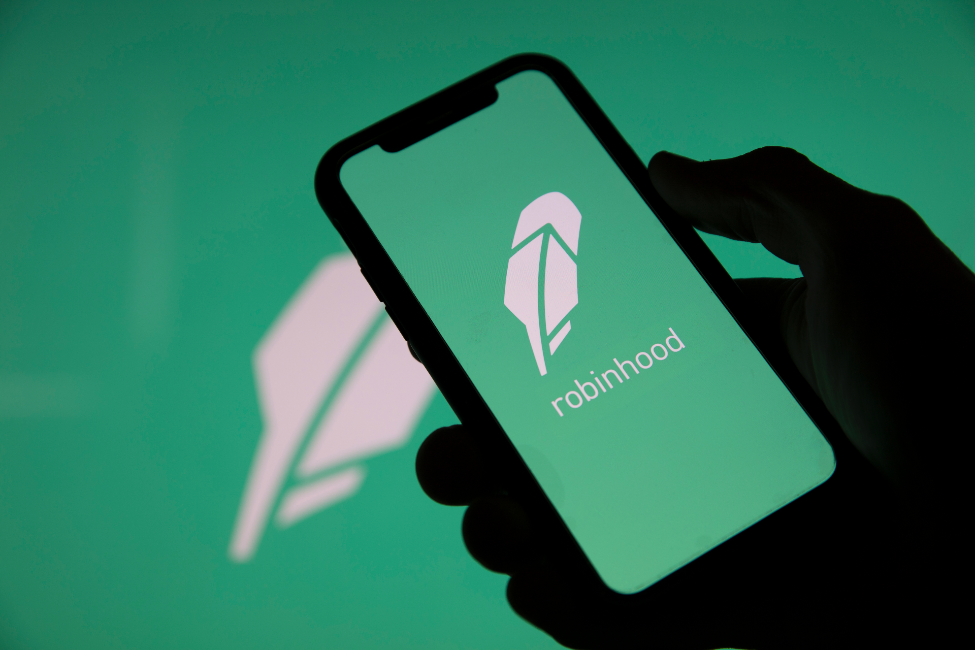 In early August, Robinhood announced that it would be laying off 23 percent of its full-time staff. The popular trading and brokerage app, which saw its user base spike during the pandemic, noted a sharp slowdown in customer-trading activity on its platform. What’s more, the announcement came just three months after the company confirmed it was laying off 9 percent of its employees, further underlining the precarious situation the global economy and tech sector find themselves in today.

According to Robinhood’s second-quarter results, monthly active users fell by 34 percent from a year earlier to 14 million, while the company’s revenue fell by a whopping 44 percent to $318 million. The company’s earnings call with its chief executive officer, Vlad Tenev, in April also revealed that it had grown its employee base to nearly 3,900 in the first quarter from around 700 at the end of 2019. But the most recent reduction will bring that headcount down to around 2,600. “Last year, we staffed many of our operations functions under the assumption that the heightened retail engagement we had been seeing with the stock and crypto markets in the Covid era would persist into 2022,” Tenev confirmed in a blog post on the company’s website. “In this new environment, we are operating with more staffing than appropriate. As CEO, I approved and took responsibility for our ambitious staffing trajectory—this is on me.”

Robinhood represents one of many tech companies that thrived in recent years, only to recently acknowledge experiencing downturns in financial support and user activity in the wake of recent economic deterioration; they have thus been forced to scale down their operations. Indeed, several of the world’s biggest tech companies have done the same. Google, for example, announced a two-week hiring freeze on July 20, which was perceived by many as a concerted move to slow the rate of new additions to the company. “Google is reading the room and following the trend of other Big Tech players slowing hiring into 2023 given the macro storm clouds,” Wedbush analyst Dan Ives told The Verge. “Google is seeing a slowdown in digital ad spend, and we view this as a prudent move.”

Apple, Amazon, Facebook, Microsoft and Twitter have also signaled that they would markedly slow their hiring paces. “As Microsoft gets ready for the new fiscal year, it is making sure the right resources are aligned to the right opportunity,” a Microsoft spokesperson told CNBC. “Microsoft will continue to grow headcount in the year ahead, and we will add additional focus to where those resources go.” Twitter, meanwhile, confirmed in early June that it had reduced its talent-acquisition team by a hefty 30 percent, partly due to mounting business pressures but also following a company announcement in May that hiring would be paused and cost-cutting would be required.

The uncertainty over jobs has filtered down to the entire tech sector, which is becoming much more cautious due to the weakening economic environment. An Annual Confidence Index study of 1,006 tech workers and 500 IT (information technology) decision-makers by UK IT-recruitment firm CWJobs recently found that 85 percent of IT decision-makers agreed that the costs of doing business would impact their organisations. “Tech employers are preparing for future market uncertainty, whilst at the same time seeking to build robust teams in a candidate-driven market. It’s a challenging time, but this is a key moment for businesses to attract talent—before workers decide to stay put and weather the storm where they are,” Dominic Harvey, director at CWJobs, acknowledged. “More importantly, this is a window of opportunity for employers to build the teams they want to have in place to navigate any challenges ahead. This includes finding the right talent with the right specialist skills to build the team they need for the future.”

Analysis by Luke Gbedemah and Sebastian Hervas-Jones of Tortoise Media, meanwhile, found that a split is arising between tech companies that can sustain an economic downturn and those that might be facing existential decline. “The figures indicate that, for the first time in the history of the industry, the combined real revenue growth rate of the companies was negative rather than positive and real revenues overall were less than the year before,” John Naughton, professor and author of From Gutenberg to Zuckerberg: What You Really Need to Know About the Internet, recently wrote in a piece for The Guardian news publication. “Alphabet’s revenues, for example, were up by 13 percent, but its profits fell by 14 percent. Apple’s revenues increased by a whisker, but profits were down by more than 10 percent. Amazon’s revenues were up by 7 percent, but profits fell by a whopping 60.6 percent. Meta—that is, Facebook—had a terrible quarter, with revenues slightly down but profits dropping by 36 percent. Just about the only bright spot was Microsoft: its revenues were up by nearly a fifth, but even then, profits just inched up by 2 percent.”

Such underwhelming figures strongly indicate that we may have reached the end of more than a decade’s worth of phenomenal equity gains for the tech sector. Indeed, tech has been front and centre of stock-market appreciation—from 2013 through 2021, for instance, the S&P 500 Information Technology (Sector) experienced gains of more than 500 percent. By 2019, venture-capital (VC) funding hit a then-record high of $143 billion, while the number of unicorns rose to 348, according to PitchBook. The following year saw that number top 500 globally, with those in the United States raising a whopping $164 billion, a new record.

The last few years have seen tech stocks instrumental in lifting stock markets to record highs. But 2022 has proven to be a tumultuous year for the global economy, as systemically significant factors—including the war in Ukraine, surging inflation and sizeable monetary tightening implemented by central banks—weigh on global economic prospects for at least the coming few months, if not longer. S&P 500 tech investors have been forced to confront 25-percent losses, while venture-capital funding for the sector has shown clear signs of underperforming vis-à-visrecent years. Initial public offering (IPO) activity, meanwhile, has almost ground to a complete halt. The Nasdaq, heavily populated by tech firms, moreover, saw one-third of its value wiped out between November 2021 and June 2022.

And with bitcoin-led cryptocurrencies experiencing a major sell-off this year, investor appetite for new tech initiatives is clearly waning. “Over recent years, the tech market has grown thanks to exceptional and hard-to-replicate conditions,” Laura Petrone, principal analyst at GlobalData, told industry professional site Verdict recently. “These included historically low-interest rates and, more recently, the Covid-19 pandemic. Companies like Netflix and Peloton grew rapidly due to both factors, while companies like Uber suffered during the pandemic but also benefitted from a decade of low-interest rates and huge VC investment.”

But it’s not just the US experiencing a potential burst of its tech bubble. It was recently reported that India’s burgeoning education-technology (edtech) sector was in trouble. According to local media outlets, India’s largest edtech firm—the $22.6-billion-valued Byju’s—has struggled to close an $800-million funding round launched back in March, with investors Sumeru Ventures and Oxshott yet to transfer about $250 million of funds for “macroeconomic reasons”, the company noted. Although the funds are expected by the end of August, Byju’s finances are under investigation by the Serious Fraud Investigation Office (SFIO).

And perhaps most notably in Japan in recent weeks has been the whopping $23.4-billion loss reported by SoftBank Group, a record for the renowned tech-investment conglomerate and a dramatic turnaround from the $5.6-billion profit it posted during the same quarter in 2021. A weaker yen and the “global downward trend in share prices due to growing concerns over economic recession driven by inflation and rising interest rates” contributed to the slump, it said, adding that South Korean e-commerce giant Coupang and US meal-delivery platform DoorDash were among the most significant contributors to its portfolio losses. With SoftBank known for its massive investments in tech companies, its recent losses, following its worst-ever full-year net loss reported in May, send a strong signal that the global tech sector is waning.

So, have we seen the bottom of this tech sell-off yet? According to Dan Suzuki, deputy chief investment officer at investment firm Richard Bernstein Advisors, the slump has further to go; he advised against investing in the sector when he spoke to CNBC in early July. “The two certainties in this world of uncertainty today [are]… that profits growth is going to continue to slow and liquidity is going to continue to tighten. That’s not a good environment to be jumping into these speculative bubble stocks,” Suzuki explained. “It’s kind of a do not touch story. The time to be bullish on these stocks as a whole is if we are going to see signs of a bottoming in profits or you’re seeing signs that liquidity is going to get pumped back into the system.”

As such, it might be best for investors to remain on the sidelines for the time being, which may be a new and unusual feeling. After all, it seems like a distant memory when tech was last positioned so precariously and not repeatedly leading stock indexes to new all-time highs. “The period of what one might call ‘tech exceptionalism’—the era when these companies and their cheerleaders were lauded for being different from normal, boring corporations—may be drawing to a close,” according to John Naughton. “From now on, they’re just corporations—like BT or Unilever.”