Top Posts
How Gamification is Catapulting Digital Banking to the Next Level
Challenges Remain, But There Are Opportunities to Be Had in...
Interview with Mr. Olukayode Pitan, Chief Executive Officer and Managing...
Commodities Outlook for 2023
The Value of Cash in a Time of Crisis: How...
The US-Africa Leaders Summit: Fostering a Closer Relationship with the...
Home Finance Global Finance Gender Gap Extends Way Beyond the C-Suite
Finance 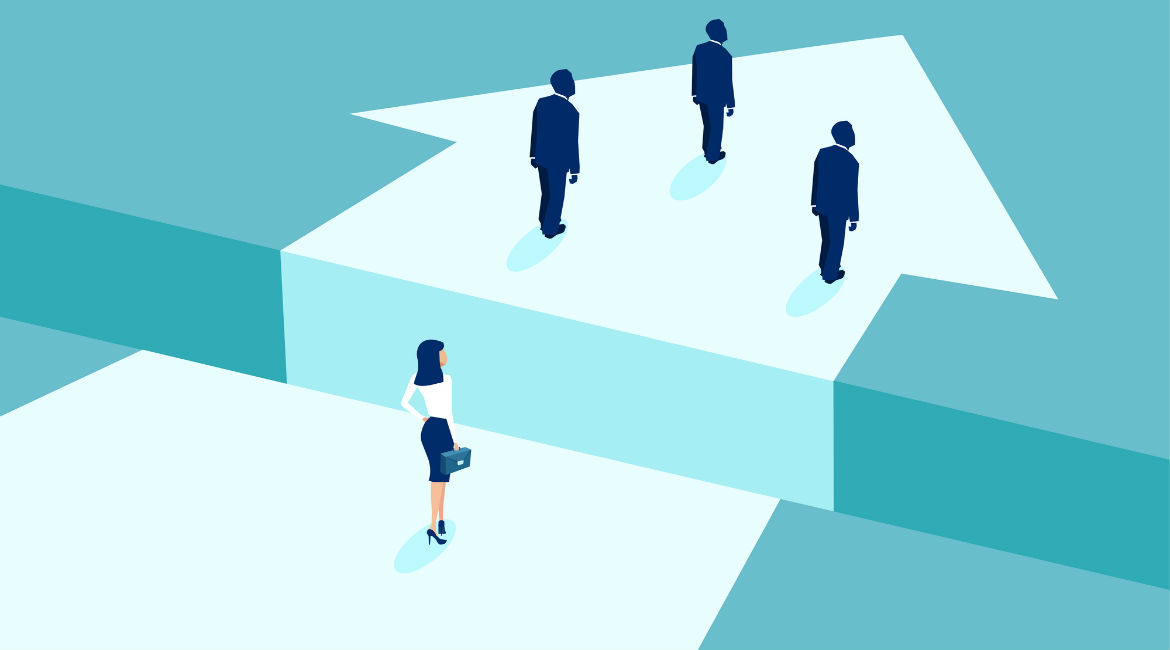 I recently spoke my mind on the challenges that women face in the banking sector. Just the day after, Anne Boden, founder of the UK’s Starling Bank, did the same. Our comments hit the headlines. We’d clearly struck a nerve.

Women like us are finally starting to speak out from within the industry. Over the past few years, great work has been done to highlight the discrimination women face in politics and in Hollywood. But in the financial sector, even in 2019, ingrained inequality remains comparatively under the radar. Much more must be done to out it, in all its forms.

It is no secret that women in banking face an uphill battle. The Harvard Business Review confirmed years ago what we all really suspected: that a lone female candidate for a position would, statistically, never get the job. God forbid that bankers should think about having children. That private banking has struggled to shake off its “boys’ club” image is by no means front-page news. Nor is it really a surprise to find that just three out of 50 Swiss financial institutions have a woman in charge; as the Chair of Hinduja Bank in Geneva, I’m very much aware that I’m a rare species.

Scratch beneath the surface, though, and you’ll see that the problems of finance’s gender gap go way deeper than the headlines. Ingrained biases have critical knock-on effects, threatening our economic future and human development worldwide.

Take venture capital. As long as women remain critically overlooked in this industry, it will also fundamentally underserve too many budding female entrepreneurs seeking finance for their start-ups. Ultimately, it is the economy at large that suffers.

The statistics in venture capital are shocking. Women account for under 10 per cent of venture fund partners in the UK; almost 50 per cent of firms do not even employ any. The industry still widely thinks female-led companies pose a greater risk than their male-led competitors. A recent report for the Treasury found that start-ups run by women receive less than a penny out of every £1 of capital invested across the country.

This funding gap not only deprives ambitious entrepreneurs of the tools to realise their business ventures. It also robs wider society of a great economic dividend. An extra 1 million female entrepreneurs in the UK could contribute a £60 billion boost to GDP by the end of the next decade, were they only able to set up businesses at the same rate as men.

The ripples of the gender bias in finance extend way beyond the UK. In Switzerland, where the financial sector is regarded as one of the country’s top assets, the banking industry cannot afford to lag behind on a subject as crucial as gender equality. The country’s financial regulation is robust, respected across the world and accurately regarded as a model of best practice. It has an envied and unsurpassed reputation for private banking. It is down to this excellent reputation, in fact, that led my father to set up our bank in Geneva in the first place.

And yet when or trying to attract lending for their projects or building a career in the financial industry, women, young entrepreneurs and minorities still face bias. It is particularly bad in the private banking space and in management – but I see it even in the new fintech environment. Prejudice is still holding back fantastic potential. It’s putting Switzerland’s great reputation as a financial world leader on the line.

Or look at the Middle East. While the region may not be famed for a gender-balanced workforce, more than a third of tech entrepreneurs here are actually women. That is a greater share than in Silicon Valley. Over 30 per cent of businesses launched and run by Emirati women generate revenues of more than $100,000 – compared with barely 13 per cent in America. From Hinduja Bank’s subsidiary in Dubai (Hinduja Bank Middle East) we’ve concentrated our efforts on encouraging entrepreneurs in the next generation. Yet, across the region, almost 70 per cent of women-led start-ups were denied funding last year.

Bankers like to call the Middle East – along with Sub-Saharan Africa and South Asia – a “growth market”. Women risk missing out on this growth. They are grossly over-represented among the world’s “unbanked” population – that’s the 31% of adults who still do not have access to basic financial services. No bank account means no chance for a woman to start her own business. It means no decision-making power in the home. It means no economic empowerment or independence. (Mobile banking could be an ally in the fight for women’s financial inclusion in the developing world. But women are 10% less likely to own a phone than men.)

We need to see some deep, systemic change. This will only come about if the banking industry takes a long hard look at itself. We need to foster a banking industry that welcomes, supports and values women’s expertise – and truly encourages them to rise up the ranks. Otherwise I struggle to see where the next generation of leaders will find their role models.

Yet at the same time, the financial sector must accept that the problem of the gender gap goes way beyond the C-Suite. It must proactively reach out to women in growth markets, connecting them to the global money system to invest in their potential. If it does not, the problems we are only just starting to call out in London and Geneva will survive and spread.

The views expressed herein are those of the author and does not reflect the views of Hinduja Bank (Switzerland) Ltd or any other entity.

Back To Top
ABOUT THE AUTHOR
Shanu S.P. Hinduja is Chair of Hinduja Bank (Switzerland) Ltd, Chair of the Hinduja Foundation US, and Co-Chair and Director of Hinduja Global Solutions Inc. Daughter of entrepreneur and philanthropist Srichand P. Hinduja, Shanu has fought to usher in a more equitable financial industry. Shanu began her career at Merrill Lynch, Morgan Stanley and Nomura, working in portfolio and asset management, having graduated in finance and economics from the INSEAD Business School in France. In 2019, she was appointed Professor of Leadership at the University of Bolton’s Institute of Management.
Anne BodenBankingC-SuiteFinanceGender Pay GapHinduja Bank SwitzerlandMiddle EastShanu S. P. HindujaStarling BankSwitzerland
1 comment 2 FacebookTwitterPinterestEmail
previous post

The Case of the Disappearing Bank

Nice article ma’am.. My dream is to join hinduja bank