Top Posts
The Devil We Thought We Knew
How China Has Managed to Avoid the Inflation Bug
Are Your Bank’s Digital Marketing Metrics Meaningful?
Identifying Beneficial Ownership: A Regulatory Conundrum
Forging a Digital Framework to Harmonize the Global OTC Derivatives...
The Paradox of AI and Investing
Home Finance Globalization or Populism, Economy and Markets
Finance

Globalization or Populism, Economy and Markets 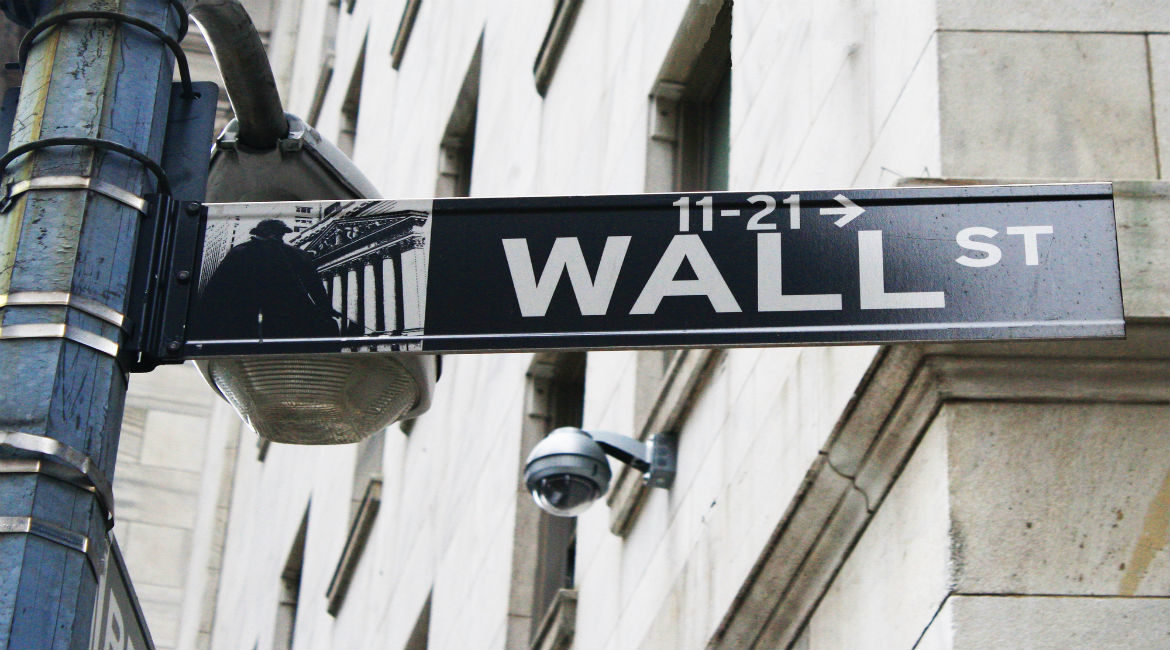 What’s going on? Despite the advent of the Internet, phone calls still go out from callers trying to understand why securities prices and markets move. Portfolio managers still need to make money for their investors. But it is more difficult than ever. Take the fixed-income markets, for example. Interest rates don’t trend like they used to after central banks pushed rates to zero—December 2008 for the US Federal Reserve and March 2016 for the European Central Bank. The notion of an interest-rate cycle with year-end forecasts has been rendered almost obsolete. Bondholders still want to know the potential risks out there to their portfolios. That’s not going away, even if investment returns have become less predictable.

But there has been a change in focus from the normal monitoring of markets, watching the supply and demand of investment flows, securities issuances from countries or the private sector, investment demand at auctions, inflation valuations or analyzing the relative strengths of economies and where we are in the business/investment cycle. Global politics has intruded itself into markets in a big way. Computers and artificial intelligence are a growing part of the trading business, but you can’t train a computer how to trade elections or just what the terms globalization and populism mean.

Markets are more unpredictable than ever in part due to surprising election results: last year’s Brexit, the recent French elections and, of course, the election of US President Donald Trump. The market moves on these events have been seismic, and the news has affected markets in countries far, far away from the polling places where the votes were tallied. The Brexit vote on Friday, June 24, 2016, crushed the Dow Jones Industrial 3.4 percent that day and another 1.5 percent the day after. The first French election on Sunday, April 23, 2017, was a vote for globalization not populism, and the French stock market soared 4.1 percent. The market’s positive reaction to businessman and reality TV star “Buy American” President Trump last November was less understandable with Dow industrials stock futures down 800 points at midnight, only to recover and close 256 points higher the next day.

Politics has overtaken the economy and markets for many investors. This is especially true in the US where headlines on the latest news or tweets out of Washington have trumped the former markets-moving news on the economy out of Europe or China, what central banks are doing or the latest economic data. To the extent markets move at all. We used to say the US monthly payroll-employment report normally released on the first Friday of the month was the biggest market-moving economic news in the world. The jobs report for April this year rebounded to a gain of 211,000 from 79,000 in March, and yet 10-year Treasury yields barely moved one-quarter point in trading; over the whole day the yield held to a tight range of four basis points from 2.34 to 2.38 percent.

There are many editorials and private conversations among market players on whether globalization or the rise of populism is going to win out. In the US, the trend of trade towards globalization could slow, but it cannot be reversed. It is too large, for one thing, which makes the Republican proposal for a cross-border tax very unlikely. Americans bought a staggering $2.2 trillion of imported goods in 2016. There may be economic forces already at work that no longer favor US companies moving factories overseas at the same rate that they did a decade ago. Imports of goods into the US from China increased most rapidly in the five-year period from 2002 to 2007, growing from 18 to 29 percent annually each year. It was a bubble that could not continue to grow at that pace. In the year ending March 2017, imported goods from China were enormous at $468 billion, but the China effect on US trade and jobs could be near its end.

But what we really meant to talk more about in this article is where the US economy is in this cycle. That is, if there can still be a cycle, given that the cyclical nature of interest rates has broken its decades-long trend of upward movements during business expansions and downward movements during recessions, guided by the central bank. The current US economic expansion begins its ninth year later this year in July and shows little sign of halting. There have been various risks for the economy from the misunderstood China currency devaluation in August 2015, Europe’s long years of crisis starting with Greece in late 2009, Ebola, Syria, world-growth slowdown, strong dollar cutting US exports, collapse of crude-oil prices. But the economy is still moving forward. This expansion could be one for the record books and break the 10-year expansion of the Clinton years.

The US economy has reached full employment with unemployment falling as low as it ever was during the (Alan) Greenspan (former chairman of the US Federal Reserve) housing-bubble years. We are pretty sure we heard Federal Reserve Chair Janet Yellen say interest rates should normalize when the economy reached full employment. The Federal Reserve’s policy rate is 1.0 percent. The Fed forecasts of normal rates, relatively low in themselves, is 3 percent, a level they believe will not be reached until December 2019. Interest rates are far from normal.

Anyway, forecasting the economy has changed. It has always been a risky business, but then again what else would you expect when trying to predict the future. The biggest problem with trying to tell what lies ahead is that the model has changed. Simply put, crude-oil prices have gone up before every recession since the 1970s. Oil prices rose, inflation and inflation expectations increased, the Federal Reserve raised interest rates too high to fight inflation, spending was cut back on the part of businesses and consumers, the economy went into a recession. The Federal Reserve then cut interest rates to stimulate demand and to improve financial conditions, and then the cycle started anew. This time around, the path ahead for the economy is less certain, at least for now, as the world remains awash in a glut of crude oil, helped along by the miracle of fracking that has pushed up production in the United States.

Right now, we don’t have a forecast of interest rates in the old-style sense. We look for rates to be returned to normal, neutral levels—a little faster than the Federal Reserve’s view—with four rate hikes per year, not the three rate hikes they foresee. But we cannot come up with a good reason to forecast interest rates moving higher than the 3-percent normal, because we do not expect the economy to overheat and set off inflation. That’s what may be different this time around. No overtightening of Fed policy that can brake spending and send the economy into recession. Not in our forecast.

The lesson from the 1970s is that that inflation was over a decade in the making, starting with the Vietnam War spending that gave the double-digit inflation years its start. The primary driver of that inflation outbreak in the 70s and 80s was the explosive rise in crude-oil prices. In short, the public needs to see and feel inflation before it starts getting built into decision-making, and the rise of consumer prices starts its upward spiral. The most visible sign of inflation to the public is gasoline prices at the pump and food prices at the grocery store. It isn’t overheating, strong economic growth, per se, that causes inflation. The US had enormous real GDP (gross domestic product) growth during the stock-market bubble years in the late 1990s, and this growth did nothing to push up core consumer inflation even with the severe labor-market shortages and an unemployment rate as low as 3.8 percent. Those were the days when my kids’ college tuitions were fully paid up with my investments in the stock market, the S&P 500 rising over 25 percent each year of the remarkable “Internet bubble” five-year period from 1995 to 1999. Rapid GDP growth and no increase as measured by the Federal Reserve’s preferred personal consumption expenditures (PCE) inflation measure. The theory-driven economics profession has never fully explained just how this could take place. GDP grew 4.5 percent in 1997, 4.5 percent in 1998 and 4.7 percent in 1999. The fastest core consumer inflation ever made it during this period of superfast growth before the 2001 recession was 1.8 percent in 2001.

Our current view of the world economy is that the downside risks are receding. Even the latest IMF (International Monetary Fund) World Economic Outlook forecast was revised up, and the economists there aren’t normally so upbeat. It is the dismal science after all. There may be a sea of political uncertainty, but the economy is calm. Calm seas with no storm on the horizon. The economy has reached the Federal Reserve’s objective of full employment.

Here we feel we are a little “offside” with the Trump-economics team’s proposals to pump up the economy. It isn’t necessary in our view for Washington to increase fiscal stimulus, tax cuts and infrastructure spending to make the economy run faster. Everyone already has a job. The world economy has moved into a better balance. Even the “rising tide of populism” looks to be less of a risk at the moment. We expect the Federal Reserve to continue to move interest rates up to 3 percent normal. The US stock market has increased 7 percent per year on average since the 1920s. We expect this trend to continue. We do not foresee the possibility of lower investment returns in equities over the medium-term investment horizon. The economy is better than Washington thinks.

The UK Election and Brexit