Top Posts
The Paradox of AI and Investing
Malaysia’s Fight Against Climate Change: Perspectives from a Central Banker
Crypto-assets and the Relevance of International Private Law
Whither International Banking Regulation?
Interview with Mr. Selman Bicaco Urrutia, Head of Private Banking...
Interview with Ms. Jelena Galić, Chairperson of the Board of...
Home Finance Greece: From the Brink of Bankruptcy to a Vigorous Restart
Finance

Greece: From the Brink of Bankruptcy to a Vigorous Restart 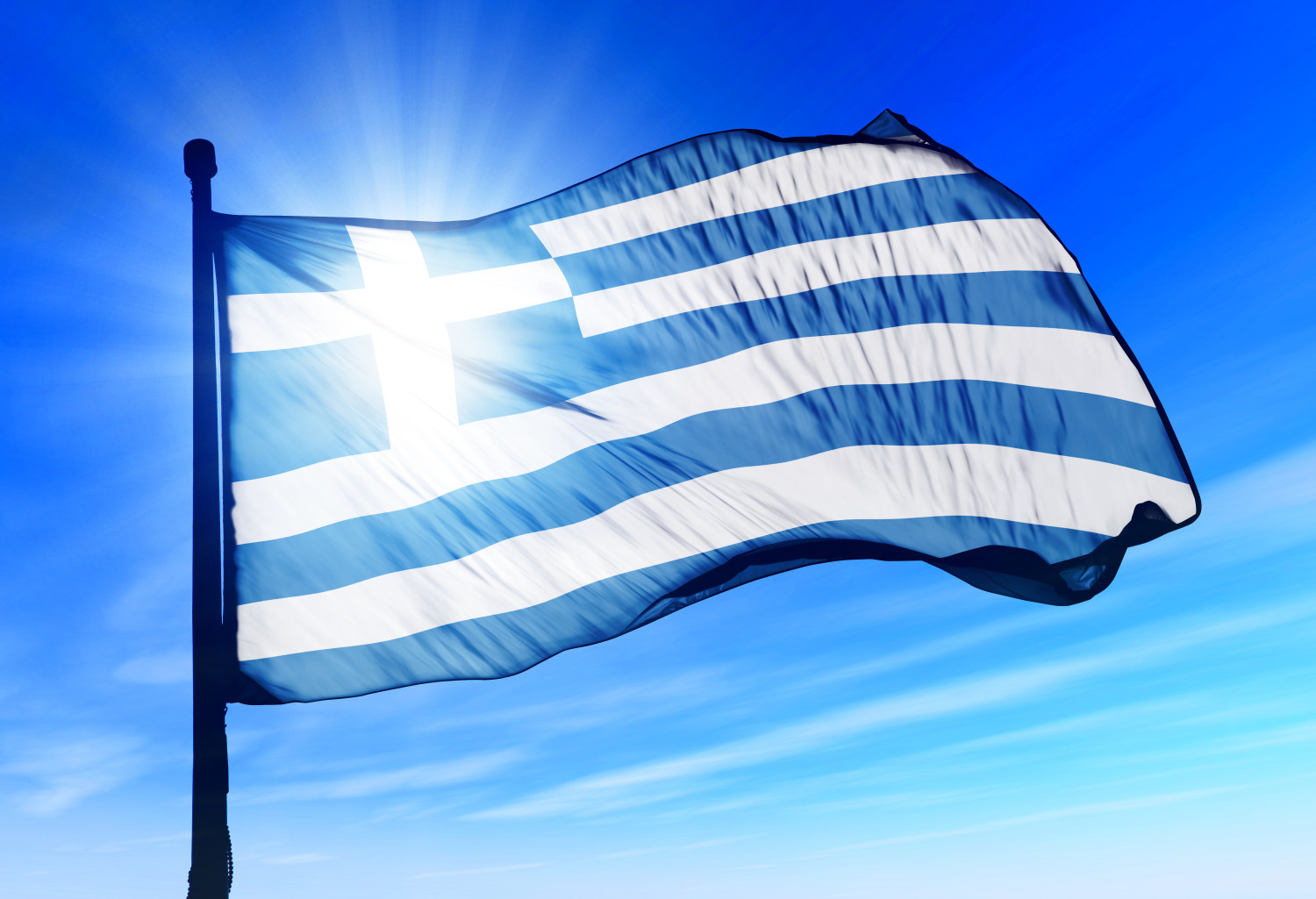 By Nicholas Zonzilos, Fellow at the Foundation of Economic and Industrial Research (IOBE), Athens, Greece

The Greek economy in the first decade of the 2000s, driven by extremely positive expectations, mainly due to the Greek entry into the EMU (Economic and Monetary Union) and easy credit conditions, expanded rapidly at rates well above its medium-term potential growth rate. Domestic demand and especially private consumption and housing-building activity were the main drivers of growth, while the foreign sector acted most of the time as a drag, subtracting sizable percentage points from the rate of growth of the economy. This lopsided development of the Greek economy together with a lax fiscal policy and long-standing structural weaknesses, such as the prevailing nominal and real rigidities in the labour and products markets, burdened the economy with growing macroeconomic imbalances and undermined the external competitive position of the country. A few figures will serve to illustrate this point.

The public-sector, general-government deficit deteriorated rapidly throughout the decade, reaching more than 15 percent of GDP (gross domestic product) in 2009, and leading the general government’s debt-to-GDP ratio from 103.7 percent in 2001 to the historically high level of 146.2 percent in 2010. At the same time, as a result of the real exchange-rate appreciation and the combined effect of buoyant domestic demand and the decline in some traditional industries of the tradable sector, the current account of the balance of payments rose steadily from around 4 percent of GDP in 2001 to more than 15 percent relative to GDP in 2009. The international investment position of the country deteriorated dramatically.

With the inception of the global financial crisis, all the weaknesses and structural imbalances of the Greek economy emerged. The crisis hit the economy with some delay but with extreme severity. Βy the end of 2009, rumours about the sustainability of Greece’s public finances had mounted. It was clear that the situation was unsustainable. In 2010 the economy gradually lost access to capital markets, and in May 2010 Greece practically defaulted on its debt and formally agreed to implement a multi-annual economic adjustment programme co-financed by the European Union (EU), the International Monetary Fund (IMF) and the European Central Bank (ECB)—the so called “troika” of official creditors. The financing of the Greek economy by our creditors was agreed upon in exchange for a tough austerity programme aiming to stabilize the economy, to restore competitiveness, and through structural reforms to create an environment conducive to real economic development.

The programme, after significant modifications of the initial agreement with our creditors and despite delays and reversals due to political considerations, bode well, as the main policy objectives set initially were broadly achieved and the most feared outcomes were avoided. More precisely:

The stabilization of the economy and the elimination of the huge twin deficits, in a relatively short period of time, is an undeniable and unprecedented success. However, the cost of the adjustment in terms of output and employment losses is also unprecedented by international comparison. Over the six-year period 2008-2014, Greece lost more than 25 percent of its gross value added, and unemployment increased to the socially unacceptable level of around 27 percent. In addition, private consumption declined by around 30 percent, depicting the deterioration of the standards of living of Greek citizens in recent years. Moreover, there was a sharp decline in disposable income, inequality increased, and there were clear signs that the adjustment caused long-term damages through hysteresis effects, undermining the medium-term growth of the economy.

Why did the implemented stabilization programme result in this huge output contraction belying all official forecasts? Why is Greece lagging behind other peripheral countries also under programmes, and why are the peer countries now in better shape than Greece? Where did the policy prescription and policy implementation go wrong? And finally and most importantly, why, despite the pain and the tremendous effort made, was the intended structural transformation of the Greek economy rather modest, as Greece failed to escape from its old productive structure based mainly on domestically oriented sectors of low value added and low productivity?

The mediocre performance of the Greek programme reflects to a large extent the policy mix pursued throughout the adjustment period. The basic implementation fault of the programme was the priority that was given to policies aiming to restore nominal equilibria (current account and fiscal deficit) through a sharp reduction of domestic demand and increase in taxes, over structural reforms aiming to increase the production potential and flexibility of the economy as well as to enhance competitiveness and to promote the shift of resources from the non-tradable to the tradable sectors. Moreover, a wide-ranging package of structural reforms aiming to alleviate the perennial weaknesses and dysfunctionalities of the public sector was instrumental for the successful implementation of the Greek stabilization programme. However, postponements and partial implementations limited the corroborative power of the package on the efficient accomplishment of the Greek adjustment.

It is fair to say that the period 2010-15 witnessed significant structural reforms, especially in the labour market. However, reforms in the product market as well as reforms related mainly to public administration lagged behind schedule and, in addition, were unwillingly implemented in a social setting of political “clientelism” that encouraged the reactions of specific professional groups with vested interests. These groups, supported by strong trade unions, especially of the broad public sector, are the strong opponents of reforms conducive to institutional changes, to the abolishment of profession-specific privileges as well as to the liberalization of markets. The combined effects of these factors reduced the expected structural reforms growth payoffs and together with excessive fiscal restraint were responsible for the massive losses of jobs and output during the Greek adjustment.

After five years of deep recession, in 2014 the economy started to rebound. Real GDP grew by 0.7 percent—positive for the first time since 2007. The recovery was led by private consumption and exports of goods and services, while the substantial increase in imports counteracted the beneficial impact of exports on growth. The pickup in economic activity also led to a sizeable rebound of dependent employment; the unemployment rate declined but remained high.

This meagre and fragile recovery was interrupted at the beginning of 2015 due to a sharp decline in confidence as a result of the lingering and unproductive discussions between the newly elected Greek government and the institutions (EC, ECB, ESM, IMF). The decision of the government on June 26, 2015, to interrupt the discussions with our creditors and hold a referendum resulted in the enforcement of bank closure for six working days, which subsequently was succeeded by capital controls in order to contain the huge withdrawals from bank deposits. By the end of June, confidence plummeted to its lowest levels, and the functioning of the economy was absolutely dependent on ECB funding. The situation slightly improved in July when the Greek government reached a compromise agreement with our partners on implementing a new three-year adjustment programme in return for an 86 billion euro third bailout.

Incoming short-run indicators and survey results depict that the Greek economy weathered well the shocks inflicted by the dramatic events of last summer. After a successful bank recapitalization in December 2015, Greece is slowly returning to normality. According to the latest official forecast, the economy is set to shrink by 0.7 percent next year following zero growth in 2015. However, despite the rather conservative official outlook, and without overlooking factors related to the five-year recession that has crippled the long-term potential of the economy, conditions for a recovery and eventually a return to an accelerating and sustainable growth path are in place, and should be adhered to.

Greece has passed from being a country on the brink of bankruptcy to a considerably more stable and promising situation. The macroeconomic fundamentals of the economy are now in much better shape compared to the period before the eruption of the crisis, and price competitiveness has been restored. Banks are now well-capitalized and in a position to start reinvigorating the much-needed intermediation process. The three-year adjustment programme supports a cautiously optimistic outlook for Greece, but the success is conditional on the implementations of all the commitments agreed between Greece, EU partners and involved institutions. The achieved macroeconomic stability should be preserved, structural vulnerabilities should be addressed forcefully, and in this context the ownership of the reforms should be strong. These are the key preconditions to support sustainable growth and jobs creation in an otherwise difficult regional geopolitical environment.

The agreed programme provides an opportunity to foster internal political consent aiming to prioritize the main policy goals and the required policies to achieve them. Among them the most important are:

The highlighted priorities and policy actions are pivotal for the return of Greece to international capital markets, to enhance confidence especially in the banking sector and of domestic and foreign investors, to improve the business environment and ultimately reinforce growth, to share prosperity among citizens, and to end the longstanding mess.

Go to top
ABOUT THE AUTHOR
Nicholas Zonzilos is a research fellow at the Foundation for Economic and Industrial Research (FEIR/IOBE) a private, non-profit, public-benefit research organisation. His main interest and responsibilities includes macroeconomic forecasting and structural policies evaluation.

Prior to joining (FEIR/IOBE), Nicholas was head of Domestic Economy Division and deputy director in the Economic Research Department of the Bank of Greece. Apart from this work, he has produced research in the fields of monetary policy, macroeconomic modelling, time series analysis and short term inflation forecasting as well as applied general equilibrium modelling. He was a regular member of the in the European System of Central Banks, OECD and EC forecasting and modelling groups.

Impact Investing: Two Goals, One Investment for the Socially Conscious