Top Posts
Banks Remain Uniquely Vulnerable to Sophisticated Cyber-Attacks
Western Banks Willing to Accept the Short-Term Pain of Russian...
Why the US Is Ramping Up Its Presence in Somalia...
How Technology Is Helping to Solve Global Supply-Chain Issues
UK Inflation Climbs to Fresh 40-Year High
Extended Reality and the Metaverse Are Leading Financial Services into...
Home Finance Haiti Is Still Struggling 10 Years on from Its Devastating Earthquake
Finance

Haiti Is Still Struggling 10 Years on from Its Devastating Earthquake 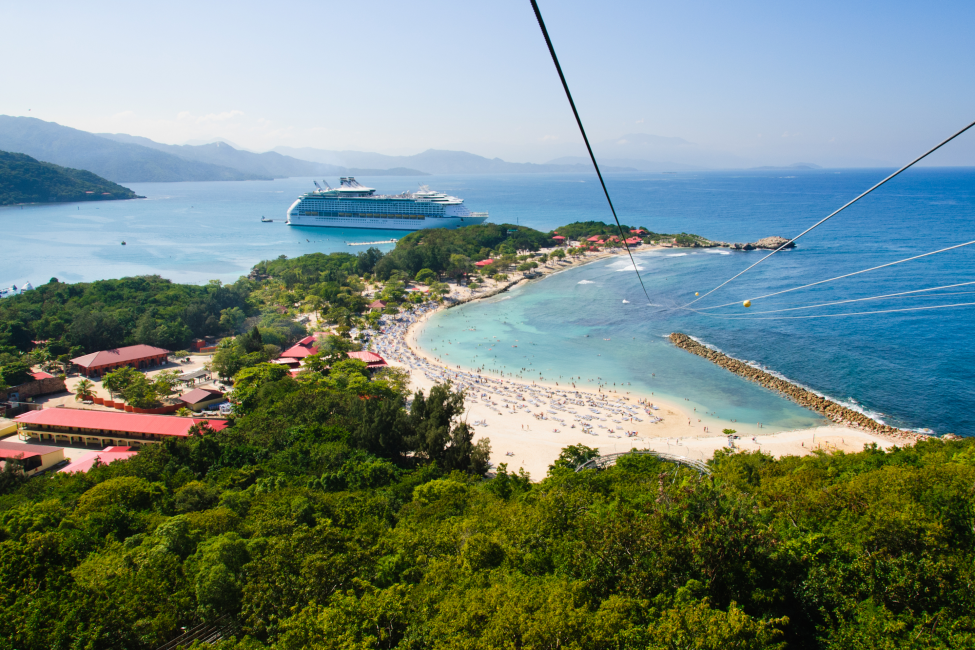 January 13 of this year marked the 10th anniversary of Haiti’s 2010 earthquake, a devastating episode that levelled much of the Caribbean nation, leaving 300,000 dead and displacing a further 1.6 million (more than 10 percent of the total population). The occasion marked an opportunity for President Jovenel Moïse to acknowledge the scant progress that has been made since that dark chapter in Haiti’s history. “Despite our best efforts to rebuild after the earthquake, the scars of this tragic event remain,” the president said in a statement. “Ten years on, we still lack the basic infrastructure and services to support the people of our country.”

Haiti’s history has been littered with political, social and economic unrest. After enduring the dictatorial rule of the Duvalier family for three decades up to 1986, the country has since had to withstand military coups, US invasions, foreign-backed political leaders, several damaging natural disasters and even a cholera outbreak that killed 8,000 people. But the last few years have seen economic conditions in Haiti deteriorate to critical levels, and, as such, disappointment abounds over the lack of any meaningful recovery.

Perhaps most representative of this disappointment is the Caracol Industrial Park, which was intended to represent a highlight of the rejuvenated post-quake Haiti when it opened in 2012. Having been funded by the U.S. Department of State and the Clinton Foundation, along with the Inter-American Development Bank (IADB), it was promised that the Park would employ around 60,000 people, mainly in the garment and assembly industries, while those farmers who were displaced to make way for the Park’s development on farmland were promised resettlement and new employment opportunities. But those promises did not materialise. Far from it. Today, only one-quarter of those 60,000 are employed by the Park, and many of them work for just a handful of dollars every day. The evicted farmers, meanwhile, were neither resettled nor employed in the Park; instead, many now live in abject poverty.

In the wake of the 2010 earthquake, supplies and assistance were sent to Haiti from countries all around the world, while billions of dollars were pledged by international donors for reconstruction efforts. But much of this money never reached its intended recipients and instead ended up with foreign contractors. “A lot of money was spent after the earthquake, but the results are meager,” President Moïse recently told CNN.

Today, the situation is increasingly desperate. “We are nearing a total crash,” according to Haitian economist Camille Chalmers. “The situation is unsustainable.” Indeed, the figures now seem to bear this out. Estimates put the weakening of the Haitian gourde at more than 60 percent against the US dollar over the last two years, while inflation is now at 20 percent after the government tapped the central bank for money, which devalued the currency amidst the acceleration of prices. The International Monetary Fund (IMF) expects that Haiti’s economy contracted by around 1.2 percent in the 2019 fiscal year.

But most serious of all is the major hunger crisis that is now brewing inside the country, thanks in part to a crippling drought that has curtailed access to water for many and badly damaged crops. And with the neighbouring Dominican Republic closing its border, it has been difficult for Haiti to source food. As such, food prices have risen dramatically. And with more than half of the 11 million-strong population living under the $2.41-per-day poverty line and more than 2.5 million falling below the extreme poverty line of US$1.23 per day, rising food costs have been especially damaging to the country. According to recent figures from the United Nations World Food Programme (WFP), around one in three Haitians, or 3.7 million people, are in need of urgent food assistance, while one million citizens are now experiencing severe hunger. The organisation holds inflation, local currency devaluation and dropping agricultural production as chiefly responsible for the food shortage.

Moïse now aims to accelerate reconstruction efforts by seeking to restart a deal Haiti has in place with the IMF that aims to give his beleaguered economy a shot in the arm. The deal, he believes, might open the door for further assistance from the World Bank (WB) and the IADB. “I sincerely believe the beginning of this year to be a decisive beginning,” he recently asserted, reassuring the country that policymakers would “find good solutions to finally put the country on the path to development”.

Moïse’s own position, however, remains far from secure in the face of protests that have gathered much steam throughout the country over the past 18 months or so. Growing resentment over economic deterioration, accelerating inflation, food and fuel shortages, and strong evidence of corruption involving Moïse himself have led to hundreds of thousands taking to the streets of the capital city, Port-au-Prince, to demand the president’s resignation.

Indeed, it should perhaps come as no surprise that amid the economic mire, corruption has come to light. Last June saw protesters out in the streets to demand Moïse’s resignation following accusations that he and his predecessor, Michel Martelly, embezzled funds from Venezuelan fund PetroCaribe, which was providing low-interest development financing to Haiti in exchange for oil purchases. The Superior Court of Auditors and Administrative Disputes reported last May that money was allegedly siphoned off and put through fake construction companies. As such, construction that had commenced on several roads, bridges and buildings, including hospitals, schools and stadiums, remains unfinished. And protesters believe they should have been completed with the PetroCaribe money. Moïse, who is currently into the fourth year of his five-year term, denies all allegations of wrongdoing and refuses to resign. “I was president of a company, and that company had a contract with the state,” he told the Financial Times. “You’re here in Haiti, go and see it if you like. You’ll see there’s a road, and it’s 80 percent.”

Fuel shortages also intensified last year, with protesters again blaming the president for the situation. Indeed, protests first started in the country in July 2018 after the government announced a hike in fuel prices. Haiti was importing much of its fuel through Venezuela’s PetroCaribe scheme, which allowed it to defer payment for up to 25 years. But once oil shipments were suspended, severe fuel shortages resulted, which in turn have severely constrained economic activity, with gas stations, businesses and schools having to close their doors.

With protests engulfing much of Port-au-Prince, therefore, the capital city was in lockdown between October and December 2019 as well as intermittently so far in 2020. Dozens have already been killed and many more injured as confrontations between the protesters and police have escalated. With so many out in the streets, the protests have shuttered businesses and created major disruptions throughout the country. Manufacturers of the country’s biggest export, textiles, have had to cut employment by around 5 percent as a result. And the unrest has also cut Haiti off from international funding that is crucial in preventing the economy from sliding even further into chaos. The IMF’s Mission Chief for Haiti Nicole Laframboise has said that the Fund “will continue to provide policy advice and technical assistance, and stands ready to help Haiti with more intensive support when conditions permit”.

The last few weeks have seen a calming of the protests, but the pressure remains on Moïse, who has been ruling by decree since January. “The year 2020 cannot, in any way, be the same as 2019. There has to be permanent dialog,” he recently told Bloomberg. “We are working to find a political agreement so that we can put in place a government of national unity.” Most recently, he appointed the former environment minister and interim finance minister, Joseph Jouthe, to be the new Haitian prime minister. Jouthe, who also has experience working for humanitarian agencies, has said he will focus mainly on boosting the economy. “We’re living today in a very precarious socio-economic situation which could lead at any time to a humanitarian disaster, our country is in agony,” he said. “My government reiterates its commitment to continue working to improve public finances in order to increase gross domestic product (GDP), reduce inflation, increase public revenues and, above all, fight corruption.” But if Jouthe is the man to rescue a country that is now fraught with hunger, inflation and fuel shortages, not to mention widespread weariness of Haiti’s political class, he has a mammoth task ahead of him.