Top Posts
Challenges Remain, But There Are Opportunities to Be Had in...
Interview with Mr. Olukayode Pitan, Chief Executive Officer and Managing...
Commodities Outlook for 2023
The Value of Cash in a Time of Crisis: How...
The US-Africa Leaders Summit: Fostering a Closer Relationship with the...
Three Key Sectors in Which to Invest in 2023
Home Finance Has the Time for Universal Basic Income Finally Arrived?
Finance

Has the Time for Universal Basic Income Finally Arrived? 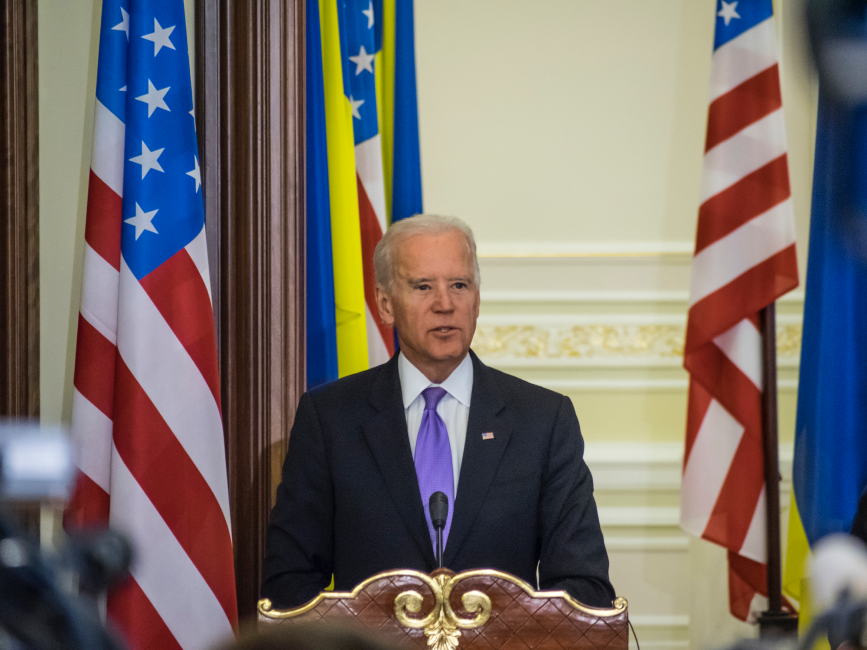 It’s a labour-market strategy that has been backed by a number of high-profile figures over many decades, from Stephen Hawking to Elon Musk to even Martin Luther King Jr. “We must develop a program that will drive the nation to a guaranteed annual income,” King said in a speech at the Southern Christian Leadership Conference (SCLC) convention in 1967. “We must create full employment, or we must create incomes. People must be made consumers by one method or the other.”

With such luminaries showing clear support for universal basic income (UBI), it is somewhat peculiar that it has not been introduced as official policy more often than it has globally. Nonetheless, with some politicians continuing to advocate for its enactment—and more frequently in recent times—is its arrival closer than one might assume?

The key objective of UBI is to guarantee all citizens a minimum monthly income irrespective of their employment status, thus providing everyone with enough to meet a basic cost of living. Its supporters—who are many—argue that by providing such a guarantee, people can solve many of the most common financial challenges they face in everyday life, such as income volatility, paying bills on time and having a decent standard of living. And by allowing them to use this income to meet their individual needs—whether child care, educational programs or higher housing and nutritional standards—recipients can enjoy a higher quality of life, greater autonomy over their lives and less overall stress as a result.

When looking at the programme on a macro level, moreover, UBI could go a long way towards ending poverty by raising everyone’s income to a threshold above the poverty line. “We have just tons of experimental data from the US, from other countries, from Iran, from all around the world that shows that if you give people money, it reduces poverty,” Annie Lowrey, author of Give People Money: The Simple Idea to Solve Inequality and Revolutionise Our Lives, told Vox magazine. “Just really straightforward.” It is also increasingly being viewed as a way to mitigate the impact technology is likely to have on unemployment levels, with many of the superior skills that computers, algorithms and machines possess set to replace human labour. By guaranteeing everyone an income, much of the concern over the extent to which humans are substitutable for technology can be alleviated.

Of all the US politicians who have advocated for UBI, perhaps the most notable in recent times has been Democratic presidential contender Andrew Yang. Indeed, providing a guaranteed income of $1,000 per month for all Americans between the ages of 18 and 64 was a cornerstone of Yang’s campaign under a policy that he labelled the “freedom dividend”. And he was particularly clear that his proposed introduction of UBI was largely in response to the coming boom in automation that threatens jobs. “All you need is self-driving cars to destabilize society,” Yang told the New York Times. “We’re going to have a million truck drivers out of work who are 94 percent male, with an average level of education of high school or one year of college.”

So, what can we glean from those societies that have already attempted to implement some form of UBI? A whole lot, it would seem. Finland trialled a two-year basic-income scheme through a government-backed study conducted by the University of Helsinki starting in 2017, in which 2,000 unemployed people across the country received a monthly income of €560 without having to seek employment or be forced to reduce their payments should they accept a job. “The basic income recipients were more satisfied with their lives and experienced less mental strain than the control group,” the study found. “They also had a more positive perception of their economic welfare.”

Similarly, the Stockton Economic Empowerment Demonstration (SEED) was the United States’ first mayor-led guaranteed-income demonstration project—beginning in February 2019 and lasting two years. Using money raised from donors, SEED provided guaranteed income to 125 recipients in the city of Stockton in the Central Valley of Northern California at $500 per month with no strings attached; then-mayor Michael D. Tubbs endorsed it. According to an analyst report of the experiment, SEED sought to confront, address and humanise some of the country’s most pressing and pernicious problems, namely inequality, income volatility and poverty. “We hoped to challenge the entrenched stereotypes and assumptions about the poor, and the working poor, that paralyse our pursuit of more aggressive policy solutions,” the report noted. “We believe that SEED provides an opportunity to imagine a more fair and inclusive social contract that provides dignity for all.”

As such, the project results appear to reject the common perception that guaranteed income provides a disincentive for people to go out and find work. They also strongly support the notion that people receiving this income stability can spend more time focusing on bigger goals than simply meeting bill-payment obligations. As the study acknowledged, “The alleviation of constant financial strain also generated increased bandwidth for goal-setting and risk-taking, both of which were previously limited by scarcity.”

And looking at more formal analysis, the case for UBI is strengthened even further. A study conducted by the Roosevelt Institute examined three separate versions of unconditional cash transfers: $1,000 a month to all adults, $500 a month to all adults and a $250-per-month child allowance. The researchers found that the bigger the monthly income, the greater the positive impact on the US economy overall. “For all three designs, enacting a UBI and paying for it by increasing the federal debt would grow the economy,” the study stated. “Under the smallest spending scenario, $250 per month for each child, GDP is 0.79 percent larger than under the baseline forecast after eight years. According to the Levy Model, the largest cash program—$1,000 for all adults annually—expands the economy by 12.56 percent over the baseline after eight years. After eight years of enactment, the stimulative effects of the program dissipate, and GDP growth returns to the baseline forecast, but the level of output remains permanently higher.”

While the US is yet to seriously consider UBI as a viable policy at the federal level, there have been a few promising signs that suggest the country is tentatively moving in such a direction, thanks in no small part to the coronavirus pandemic. Having recently signed into law a whopping $1.9-trillion COVID-19 relief bill, US President Joe Biden has approved an initiative that enables parents of children aged 17 and younger to receive monthly cash grants of up to $300 per child. While this may have been possible only as a result of the debilitating impact of the pandemic on household income, it nonetheless shows that policies tied to guaranteed income do have considerable support within the legislative and executive branches of the US government.

But arguably the biggest challenge for UBI as a viable policy is the fierce opposition that it and all proposals of guaranteed-income programmes face in Congress—whether UBI itself, enhanced unemployment benefits or boosted minimum wage. In the US, this opposition has typically come from the Republican side of the political aisle, which has consistently argued that government-allocated income should be distributed only to those who have earned it. According to the Pew Research Center, nearly eight in ten Republicans and Republican-leaning independents (78 percent) oppose the federal government providing UBI of about $1,000 per person, with 62 percent strongly opposed. A smaller 66 percent of Democrats and Democrat-leaners favour a UBI, with just a third supporting the proposal strongly.

Nevertheless, the evidence clearly shows growing support for UBI in the US, with an August 2020 Hill-HarrisX poll finding that 55 percent of registered voters were supportive of the policy, while 45 percent were not. In contrast, a February 2019 survey by the same pollsters found that just 43 percent of voters favoured UBI, and 49 percent supported it in a later September 2019 survey. Should this upward trend continue, a critical mass may be reached that will be too strong to ignore any longer. As such, while UBI may not be achievable today, its growing popularity means that it may well see the light of day before too long.

Autonomous Finance Is the Future

Why only that age grouping when those of us on social security and disability live on far less???

I suggest we change the approach and provide minimum nutritional support first.. permanently… this works best for poor countries.. no misuse.. no large fiscal deficit

The ideal country in which to implement the ‘Universal Basic Income’ today is Lebanon because the corrupt government and banks have already left most citizens unemployed, moneyless, and starving.