How the Ruble’s Recent Strength Has Defied Western Sanctions 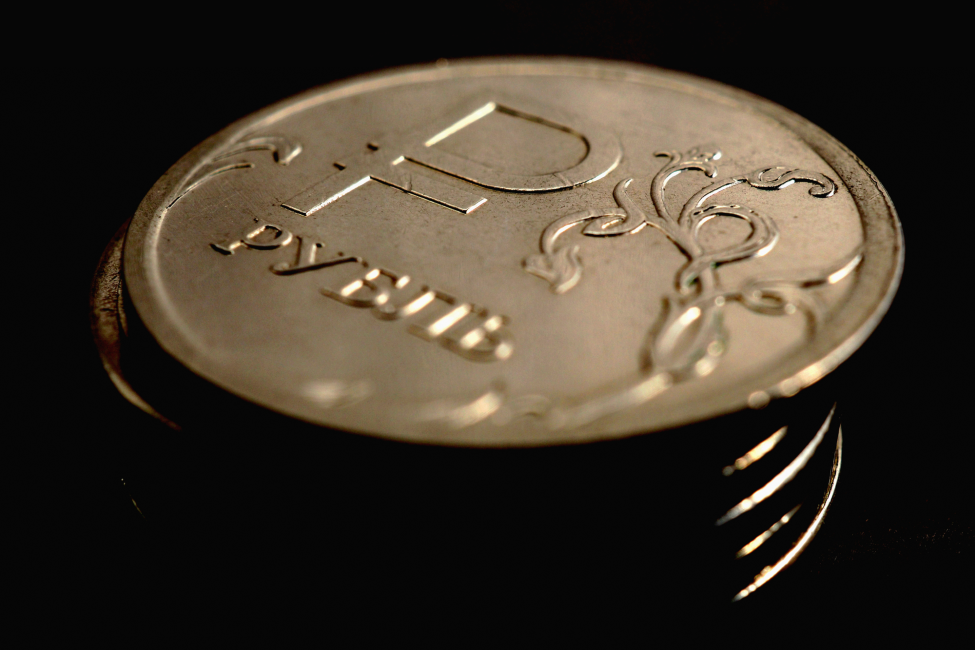 For a moment there, it looked decidedly hopeless for Russia. Over the couple of weeks following its decision to send thousands of troops over the border into Ukraine under what Moscow called a “special military operation,” the ruble plummeted to all-time lows, largely reflecting the breakneck speed at which Western sanctions were implemented against the Russian economy. And yet, despite skyrocketing to a record intraday nadir of 158 against the US dollar on March 7, Russia’s currency has since rebounded in a scarcely believable fashion, such that by the beginning of June, it was the world’s best-performing currency. It is thus worth examining what exactly has been behind this spectacular reversal.

By May 23, the ruble was trading at just over 57 against the dollar—its strongest showing since March 2018 and 30 percent higher than prior to the outbreak of war in Ukraine on February 24. And just a week later, it reached a seven-year high of 54.8.

Much of this bullishness has been fuelled by European companies having to comply with President Vladimir Putin’s demand that they pay in rubles to import Russian natural gas, despite the imposition of sanctions. And with oil prices reaching highs last seen in the summer of 2014, Moscow has been experiencing an unprecedented demand for its currency as vast sums of money from its oil and gas sales continue to pour into the country. “Commodity prices are currently sky-high, and even though there is a drop in the volume of Russian exports due to embargoes and sanctioning, the increase in commodity prices more than compensates for these drops,” Tatiana Orlova, lead emerging markets economist at Oxford Economics, explained to US media outlet CBS on May 27.

Unsuccessful attempts by the European Union (EU) to agree to a blanket ban on Russian fuel imports have also allowed the ruble to continue strengthening, with demand for Russian oil and gas remaining buoyant. Indeed, the first 100 days of the war saw Russia rake in a cool €93 billion ($97 billion) in revenues from oil, natural gas and coal sales, according to a recent analysis by the Helsinki-based Centre for Research on Energy and Clean Air. And although the report noted that China had become the top destination for Russia’s fuel exports, accounting for some €12.6 billion, it is closely followed by EU member states Germany (€12.1 billion), Italy (€7.8 billion) and the Netherlands (€7.8 billion). Turkey took the fifth spot with €6.7 billion, while EU countries Poland (€4.4 billion) and France (€4.3 billion) placed sixth and seventh, respectively.

Reports also suggest that European companies have almost doubled their shipments of Russian crude since the outbreak of war in late February. As reported by the UK newspaper The Independent on June 7, an analysis of Refinitiv shipping data by the anti-corruption group Global Witness showed that Europe’s three major shipping countries—Greece, Cyprus and Malta—have rapidly increased the amount of Russian oil they transport each month since the war began. At the start of the war, companies and vessels linked to the three countries shipped 31 million barrels of Russian oil—that figure jumped to 58 million barrels in May. The data also found that ships linked to Greece, Malta and Cyprus had transported a total of 178 million barrels, worth more than $17 billion, since February.

“The EU has leverage over Russia due to inelastic energy supply: it is difficult and costly for Russia to divert its energy elsewhere. Allowing EU-flagged ships to carry Russian oil thus only undermines the EU’s own bargaining power,” Anastassia Fedyk, a finance professor at the Haas School of Business at the University of California, Berkeley, explained to The Independent. “An oil embargo needs to be an oil embargo, and this is not an oil embargo… This is a policy that will partially decrease oil deliveries while promoting some structural changes in the oil logistics industry.”

Some also attribute the ruble’s strength to the capital controls Russia implemented in the weeks following the invasion to prevent an unsustainable decline in the currency. For instance, Moscow limited the number of dollars Russian citizens could withdraw from non-ruble-denominated bank accounts and prohibited banks from selling foreign currencies to customers. “I wouldn’t have anticipated this,” Jane Foley, head of foreign-exchange strategy at Rabobank, told the Wall Street Journal in late May. “But when you put in the capital controls, you’re not looking at something real.”

And despite the West’s comprehensive economic response to Russia’s invasion of Ukraine, it has been challenging for Russian-based foreign companies to divest from the country. As such, the anticipated impact of capital flight from Russia was relatively muted; thus, rubles have not been sold in mass quantities. “Although we are seeing these announcements that Western companies are leaving Russia, quite often they simply have to hand over their stakes to their local partners,” Orlova added. “It doesn’t actually mean they are being paid a fair price for their stakes, so they are not moving large amounts of cash from the country.”

Russia’s aggressive monetary tightening during the war’s early phase was also instrumental in preventing the demand for the ruble from cratering. Indeed, the central bank doubled its benchmark interest rate to 20 percent soon after the war’s outbreak, which helped reward those who decided to hold on to rubles handsomely. That said, such a sizeable rate hike has put an immense strain on the Russian economy, despite repeated cuts since early March.

Will we see the ruble strengthen substantially further? Unlikely. Russia’s central bank has repeatedly slashed interest rates to rein in further currency appreciation. Most recently, rates were cut from 11 percent to 9.5 percent on June 10 to make holding the ruble a less appealing proposition and thus allow its value to cool off. This was done largely to ensure an excessively strong ruble would not harm dollar-denominated oil-and-gas tax revenues and impact the overall budget when Moscow is spending more on the war effort and social security.

Indeed, the ruble’s strength now poses a serious threat to Russia’s fiscal revenues, especially with oil and gas exports accounting for some two-thirds of tax receipts. With Moscow having boosted spending on its operations in Ukraine and countering the economic impacts of sanctions, it will not want to induce fiscal instability through an excessively strong currency. “Our reliance and sensitivity to oil prices have significantly increased,” Iskander Lutsko, chief investment strategist at broker ITI Capital in Moscow, told Business Insider on June 3.

Capital controls have also eased somewhat in recent weeks to rein in further appreciation of the ruble. For instance, the Finance Ministry confirmed on May 24 that the share of foreign-exchange proceeds that exporters are required to sell would be reduced from 80 percent to 50 percent, citing “the stabilization of the exchange rate and the reaching of adequate levels of foreign-currency liquidity on the domestic market”. Moscow has also eased controls on the amount Russian citizens can transfer out of the country, from $10,000 to $50,000. A full lifting of capital controls would return the ruble to a range of 70-80 versus the dollar that would be much more comfortable for the economy, Orlova told Bloomberg in late May. “This level of the FX rate is already included in prices. Therefore, the return to this range would not fuel inflation.”

The European Commission (EC) also announced on June 6 its aim of phasing out seaborne imports of Russian oil into the bloc over several months, with states more dependent on Russian crude, preferring a gradual reduction. The bloc’s sixth sanctions package also prohibits EU operators from insuring and financing seaborne transport of Russian oil to third countries. The ban became effective after a six-month period. But Russia expects to evade the ban by using state guarantees within the framework of interstate agreements with third countries, according to Dmitry Medvedev, deputy chairman of the Security Council of Russia.

“They know that they will still have to find ‘gray’ schemes to get our feedstock and pay for it somehow, bypassing their own idiotic sanctions,” Medvedev said in a Telegram post, adding that Europe will be unable to cut itself off from Russian oil immediately and will thus have to rely on alternative methods to continue importing. Medvedev also noted that European fuel consumers would eventually be forced to search elsewhere to find oil similar in quality to that produced by Russia. “In so doing, they will face a shortage of certain fuel types, such as diesel, which is needed for trucks and agricultural equipment.”

It should be emphasised, however, that a strong currency does not necessarily mean that Russia’s economy is humming along without any issues. On the contrary, with inflation surging, food prices rising sharply in recent months and Russia’s gross domestic product (GDP) on course to contract by double-digits this year, the average Russian is still undoubtedly feeling the pain from Moscow’s decision to go to war, with the subsequent sanctions. Nonetheless, the sheer magnitude of the ruble’s reversal has been astonishing to witness and has given Russia’s Western adversaries an unexpected problem, even if further appreciation is likely to be deemed by Moscow as undesirable.

Web3, DeFi and the Atonement of Purpose: Is Banking Ready to Answer Tomorrow’s Questions?