Top Posts
Could Big Tech’s Iron Grip on Digital Advertising Soon Come...
Can Recent Oil Discoveries Prove to be a Boon for...
Is It Time to Explore an Alternative to Fractional-Reserve Banking?
Can AgTech Prove Instrumental in Helping to Feed the World’s...
Can the Indo-Pacific Economic Framework Expand US Economic Influence in...
Banks Remain Uniquely Vulnerable to Sophisticated Cyber-Attacks
Home Finance The Impact of the Criminal Finances Act, and How Businesses Should Respond to It
Finance 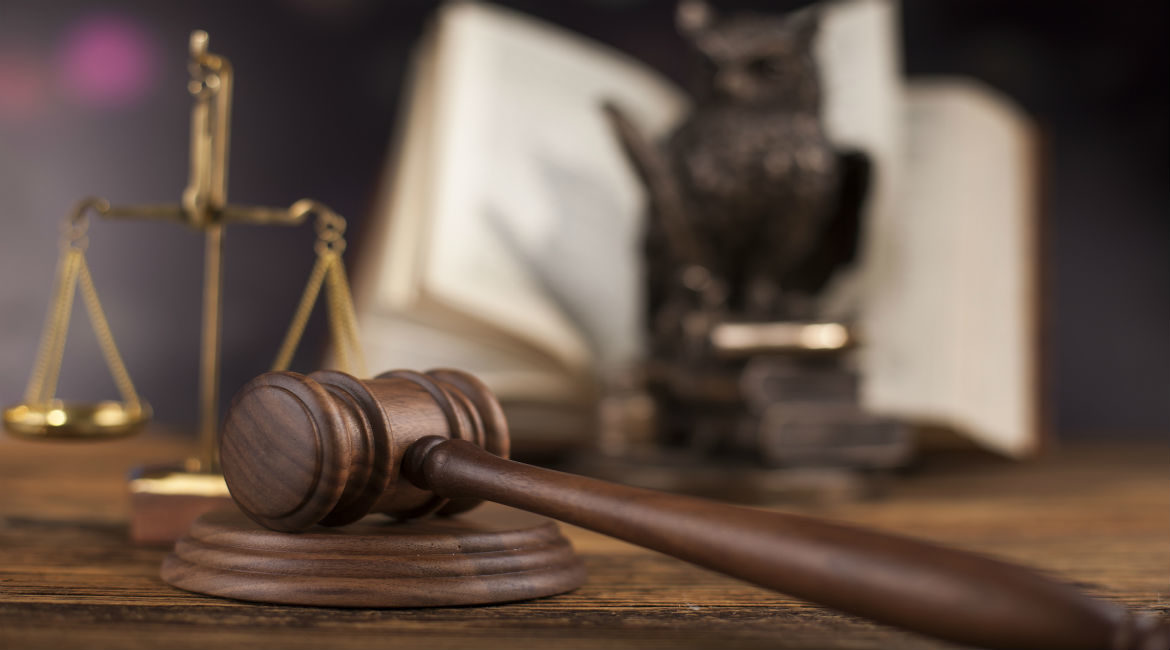 In 2016, the UK government published its Action Plan for anti-money laundering and counter-terrorist finance, and as a consequence started the move towards improving its commitment to fight financial crime and enhancing the United Kingdom’s law-enforcement response to such crimes. As a result, the Criminal Finance Act 2017, the Act, was born, providing UK law enforcement and partners with improved capabilities and powers to recover the proceeds of crime, tackle money laundering and corruption as well as counter-terrorist financing.

This article considers specifically Part 3 of the Act, the corporate offence of failure to prevent facilitation of tax evasion, which applies to all UK companies and partnerships (referred to as “relevant bodies” in the Act and as “organisations” in this article) regardless of size or business sector and will also impact any organisation with links in the UK—for example, the UK branch of an overseas corporate. It does not apply to individuals, who will continue to be dealt with under specific UK criminal law as appropriate.

The Act introduced two new corporate-liability offences relating to the failure to prevent the facilitation of tax evasion in the UK, “domestic offence”, and also the failure to prevent the facilitation of foreign tax evasion, “foreign offence”. If an organisation is found guilty of any of the offences, it will be liable for unlimited fines as well as ancillary orders, such as confiscation orders or serious-crime-prevention orders. The organisation is likely, on conviction, to be denied the ability to bid for future public-procurement contracts.

Set alongside this is the obvious reputational harm likely to be suffered by the organisation (and by implication those senior leaders charged with steering the corporate governance of the organisation) if held to be liable under domestic and/or foreign offences.

What are the authorities looking for?

The sharing of information and intelligence between law-enforcement authorities both domestically and internationally has improved greatly over recent years and particularly in the area of tax information. Bilateral Tax Information Exchange Agreements (TIEAs) are now regularly in use, and the OECD (Organisation for Economic Co-operation and Development) developed the global Common Reporting Standard, implemented to automatically exchange tax information in order to fight against tax evasion globally. Information suggesting a relevant body’s knowledge of or involvement in tax evasion might now come more quickly to the attention of the authorities through information contained within a Suspicious Activity Report (SAR) submitted to the National Crime Agency (NCA) or through automatic tax-information exchanges from an overseas tax authority.

Equally, allegations made in the media, whether in the UK or overseas, might trigger an enquiry from the UK authorities that could lead them to apply the new legislation to show the facilitation of tax evasion. A reported tax-evasion case overseas or a bribery allegation suggesting large-scale payments undisclosed to overseas tax authorities by suppliers is all that it would take for the enquiries to be pursued.

However, the domestic and foreign offences under the Act need to meet three distinct stages for consideration of prosecution, and those stages are:

Stage 3: The failure to prevent the criminal facilitation act by its representative (organisation stage).

In order to pursue the foreign offence under the Act, the prosecutor will need to show that the organisation had a UK nexus, that offences at taxpayer and associated-person stages met the criminal standard, and that there was dual criminality: in other words, there was an equivalent offence(s) in the overseas jurisdiction relating to the taxpayer evasion and facilitation of tax-evasion offence.

Taxpayers that commit tax evasion have always run the risk of prosecution by the authorities. Businesses operate across varying levels of risk and will often conduct relevant risk assessments relating to operations undertaken. The risk of associated persons committing domestic and foreign offences under the Act is not capable of a claim to ignorance. The responsibility for making sure that associated persons fully understand their obligations in this regard and preventing the criminal facilitation of tax evasion lies clearly at the feet of the organisation from September 30, 2017, onwards.

If an organisation is able to show that it had in place “reasonable prevention procedures”, then it may rely on this as a defence against prosecution. It is worth emphasising at this point that if an organisation needs to rely on this defence then frankly it is likely that the organisation is already in the spotlight and being prosecuted. The tackling evasion guidance issued by the HMRC on September 1, 2017, makes it clear that it will ultimately be for the courts to decide whether a defence exists or not, and that the courts will do so based on all the specific facts and circumstances.

Since the introduction of the UK’s Bribery Act, commercial organisations have developed their policies and procedures to reflect the need to have in place and implement adequate procedures that might afford a defence against a failure by the commercial organisation to prevent a bribery offence. Many organisations that have implemented their Bribery Act response procedures will recognise the six guiding principles that have been set out within HMRC’s guidelines for tackling evasion. The principles are not prescriptive but are intended to assist the organisation to develop procedures that will be proportionate to the risks identified.

The six principles that need to be implemented in order to put in place preventative procedures are:

Organisations need to be able to show for each of the guiding principles exactly how they have implemented those principles in order to prevent the facilitation of tax evasion. It will be important that those within the organisation responsible for risk assessments, which might include non-executive directors on risk committees, ensure that they put into effect the measures necessary to satisfy a proportionate response to the potential risks around the offences and are able to show their rationale for not taking action if necessary.

An organisation investigated on suspicion of failing to prevent the facilitation of tax evasion can expect that one of the first documents the authorities will want to examine is the risk assessment and the rationale behind the decisions taken. Thereafter, the discussions are likely to focus on how the business has implemented the other principles and how they have used the risk-based approach to mitigate the identified tax-evasion risks and communicate its findings throughout the organisation.

Organisations that might think that their risk assessments for anti-money laundering or bribery and corruption risks should suffice and choose not to undertake the relevant risk assessments will regrettably not find the authorities sympathetic to their argument—the preventive procedures are specific to the risk of facilitating tax evasion under the Act and should be dealt with accordingly.

To encourage organisations to adopt proactive processes that help to identify and prevent the facilitation of tax evasion, the government has confirmed, through the HMRC guidelines that a self-disclosure of wrongdoing will be viewed as an indication that the organisation had reasonable procedures in place. However, it should be remembered that the same HMRC guidance makes it clear that such compliance would not render the organisation immune from prosecution. It remains a decision of the courts as to whether the preventive-procedures defence should be applied.

An organisation that is able to show that it took reasonable preventive measures may be able to negotiate a Deferred Prosecution Agreement (DPA) with UK authorities. However, DPAs are authorised by the courts following complex, lengthy negotiations with the prosecutor and should be regarded as the last resort for the organisation looking to comply with the legislation.

Organisations need to ensure that they implement the principles set out within the guidelines issued by the HMRC openly and transparently, ensuring that associated persons understand what is expected of them.

The legislation applies to all organisations, big or small, across all business sectors. For example, an organisation operating in the financial sector in a foreign jurisdiction with a branch in the UK or a UK joint-venture operation will both need to assess their risks of facilitating tax evasion and take measures in accordance with the guiding principles to ensure that they have reasonable preventive procedures in place. A failure to do so or doing so without care will place these organisations at risk of prosecution.

Organisations need to realise, too, that opening themselves up to the risk of an investigation by the HMRC or by the SFO through their failure to prevent the facilitation of tax evasion will inevitably provide the UK authorities with the opportunity to challenge the organisations’ procedures in place to prevent bribery and even into their application of the Modern Day Slavery Act legislation.

There is no excuse. Organisations now need to implement their preventive procedures and ensure that their employees, agents or other persons who perform services for or on behalf of the organisation are fully informed, trained and monitored as part of the risk-based approach. The preventive procedures need to be proportionally applied and promulgated by senior management aimed at negating the corporate liability of failing to prevent the facilitation of tax evasion.

Asia Commercial Bank: Reclaiming Its Position as One of Vietnam’s Top Banks