Top Posts
Commodities Outlook for 2023
The Value of Cash in a Time of Crisis: How...
The US-Africa Leaders Summit: Fostering a Closer Relationship with the...
Three Key Sectors in Which to Invest in 2023
Three Key Stocks in Which to Invest in 2023
Liquidity Management: A New Challenge for Banks
Home Finance How Does International Diversification Influence Advisor Performance on Cross-border M&A?
Finance

How Does International Diversification Influence Advisor Performance on Cross-border M&A? 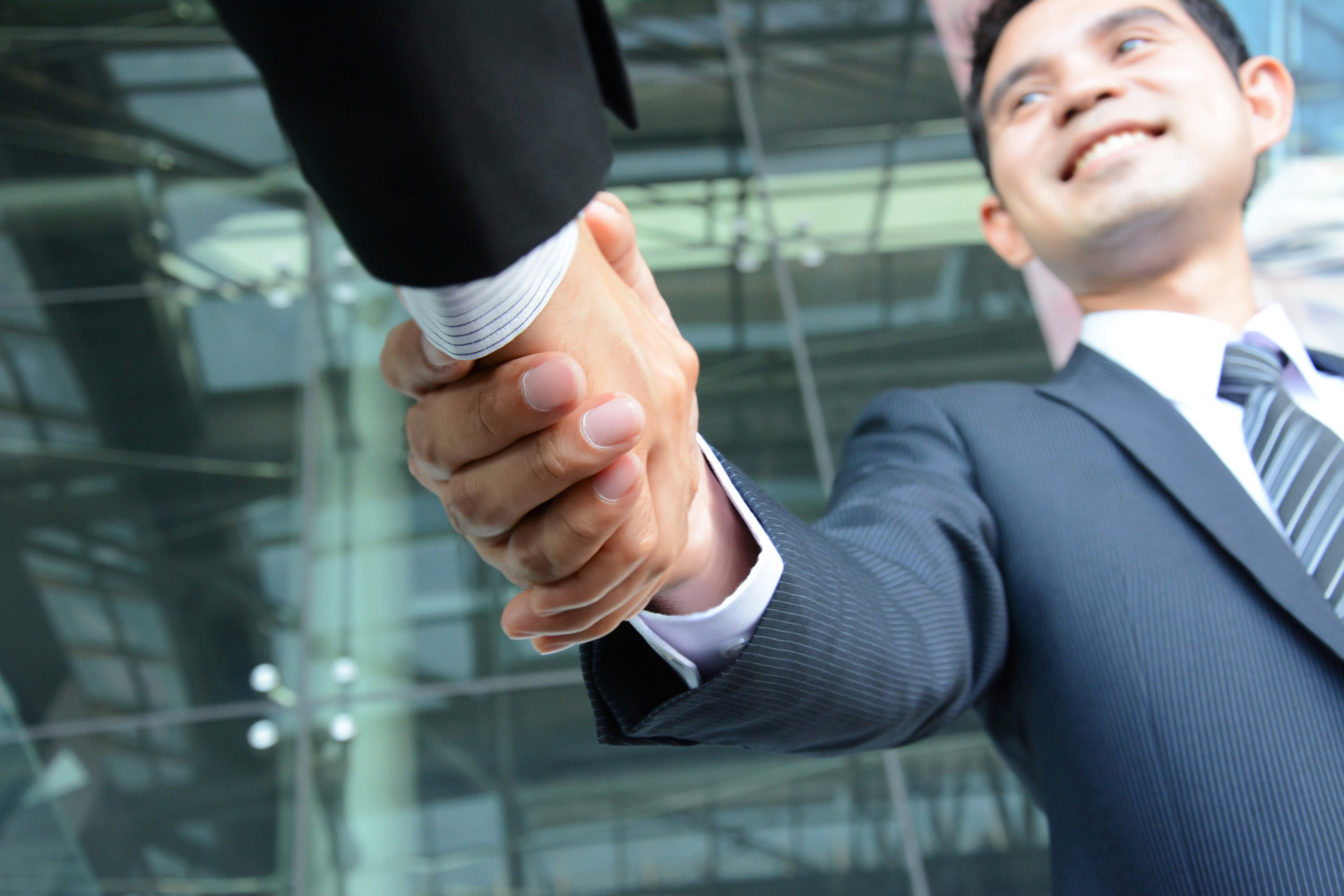 Merger and acquisition activity around the world saw a resurgence in 2014 following its post-crisis lull. The global volume of M&A (merger and acquisition) deals in 2014 totaled USD 3.5 trillion—a 47-percent increase relative to 2013 and well above the USD 3 trillion record peak in 2007. The momentum in M&A activity continued in 2015 with a global deal volume of USD 2.9 trillion in the first half of 2015 alone and more to come in the rest of the year.

This resurgence in deal activity is especially good news for merger advisory firms and/or the M&A divisions of investment banks. According to estimates from Thomson Reuters/Freeman Consulting, M&A advisory fees from completed transactions totaled USD 26.7 billion in 2014, a 12-percent increase from the 2013 level. This is not surprising given that 82 percent of deals completed each year from 2000 to 2007 hired at least one advisor, the figure falling to 77 percent since 2008. A somewhat surprising change in dynamics at first sight is the emergence of boutique advisory firms that have been taking lucrative deal assignments away from the big players who dominated the business and the league tables for years. According to The Wall Street Journal, boutique advisors have almost doubled their share of M&A advisory fees paid by US firms from about 8 percent in 2008 to 15 percent in the first half of 2014.

Given the recent resurgence of M&A activity and the emergence of focused “boutique” players in the merger advisory arena, this is an appropriate juncture at which to revisit certain key questions related to advisor choice: How should the CEO of an acquiring firm choose a merger advisor? Would sticking to the league tables and rankings be the right strategy when it comes to choosing a merger advisor? Is bigger always better when it comes to offering M&A advice? Are there benefits to be had from hiring smaller, more focused “boutique” advisors? Does the business model of advisors, specifically the extent of geographic (or international) diversification in their revenue streams, matter with regards to the value of their advice?

We explore the answers to these questions in our recent article “The international diversification of banks and the value of their cross-border M&A advice”, forthcoming in Management Science. Specifically, we examine how the business model of merger advisors impacts the deal outcomes for acquiring firms in the context of 1,705 cross-border M&A deals completed in the pre-crisis period (1990‒2005). Cross-border deals make up a significant proportion of global M&A deal volume (about 45 percent in 2007 and 37 percent in 2014) and require greater advisory skills due to potential institutional differences between the acquirer and the target countries and also due to the complex regulatory landscape. Furthermore, the business model of advisors, specifically their degree of international diversification, is likely to have a greater impact on the value of their advice—and hence on acquirers’ outcomes—in cross-border deals.

How precisely does the business model of advisors impact the value of their advice? We start out with the standard economic model, which suggests that in the context of “repeated games”, as in the case of merger advice, reputational concerns would ensure that advisors exert effort and provide value-maximizing advice to their clients. The advisors’ long-term reputational concerns align their interests with those of their clients. However, certain aspects of the advisors’ business models, such as their access to multiple geographies to earn fee-based income (which is captured by our measure of international diversification), could result in diminished reputational concerns, especially when there is limited spillover of good and bad reputations between different geographic regions. This could in turn reduce incentives for advisors to provide value-maximizing advice to their clients. Internationally diversified advisors may hence be more likely to churn out mergers for profits even if such deals are ill-advised for their clients.

In the context of cross-border deals, bigger and more highly ranked advisors who are more likely to have an international presence may be in a better position to offer advice due to their exposure to, and experience in, different target countries. While an acquirer may benefit from the superior experience of such internationally diversified advisors, he or she may also be short-changed by such advisors, who may be less wary of negative reputational spillovers into their other geographic markets. In our paper we empirically examine the extent to which the conflicts of interest brought on by the international diversification of advisors impact the value of their advice by studying the acquirers’ outcomes from deals they advise.

We find that acquirers who hire advisors who are more internationally diversified face worse acquisition outcomes from their cross-border deals (as measured by their cumulative abnormal returns in the days surrounding the deal’s announcement). The negative impact of advisors’ international diversification on acquirers’ abnormal returns is exacerbated in deals involving publicly listed targets—a one-standard-deviation increase in the advisors’ levels of international diversification results in a decline of 92 basis points in the acquirers’ abnormal returns in the three days surrounding the announcement of a cross-border deal. For the average acquirer, this translates into a loss of USD 96 million. (In our sample, the average market value of equity of acquirers involved in cross-border deals between 1990 and 2005 was roughly USD 10.4 billion.)

In estimating these effects, we take into account potential confounding factors that might be related to lower acquirer outcomes, including unobserved acquirer and target country-specific factors, acquirer industry-specific factors, and year-specific factors. We also take into account the fact that acquirers pursuing more complex deals may be more likely to hire more diversified advisors to benefit from their experiences in the target country. Complex deals may, however, result in worse deal outcomes for the acquirers for reasons unrelated to the advisors’ international diversification. We find that the international diversification of advisors hurts acquirers even after accommodating the fact that complex deals may have worse deal outcomes for unrelated reasons.

Our findings are consistent with those of Bao and Edmans (2011), who found evidence that advisors with larger market shares (and hence who are likely to be ranked higher in league tables) are associated with worse deal outcomes for acquirers. Furthermore, the authors document that the future market shares of large, well-established advisors are not impacted by the low returns of deals on which they advised in the past, suggesting that the mechanism of reputational concerns may be less binding in reality than one might expect. The trend toward hiring smaller boutique advisors for merger advice may in part be consistent with acquirers becoming increasingly cognizant of the trade-offs from hiring larger top-tier advisors.

Given our findings, we investigate factors that mitigate or further exacerbate the negative effects of advisors’ international diversification. We find that advisors’ involvement in the financing of the deals counteracts some of the negative effects brought on by their international diversification. Explicit, non-fee-based financial incentives seem to be effective in reducing the incentive misalignment in the case of internationally diversified advisors. In dealing with internationally diversified advisors, acquirers could position themselves to receive better advice by involving such advisors in the financing of the deals.

To conclude, picking an advisor with the right set of skills and experience is crucial to the success of a deal, but so is picking one with the right incentives. The skills and experience of advisors do not, necessarily, translate into good advice for acquirers, unless advisors are appropriately incentivized. Smaller boutique advisors who have less scope for incentive misalignment may be an alternative. But in the meantime, when hiring the “big players”, acquirers may well be advised to incentivize them by requiring that they have “skin in the game” through their involvement in the financing of the deal.

Go to top
ABOUT THE AUTHORS

Anjana Rajamani is an Assistant Professor of Finance at the Rotterdam School of Management, Erasmus University. She graduated from the University of Pittsburgh with a PhD in Finance. Her research interests lie in the areas of mergers & acquisitions and executive compensation.

Marieke van der Poel works as Manager Valuations for the Deals practice of PwC Netherlands. She graduated from the Erasmus University Rotterdam with a PhD in Corporate Finance in 2008 and worked as Assistant Professor at the Erasmus University until 2014. Dr. Van der Poel’s papers have been published in leading academic journals in the fields of finance and accounting.

Steven Ongena is a Swiss Finance Institute Professor of Banking at the University of Zurich. He graduated from the University of Oregon with a PhD in Economics. Prof. Ongena’s papers have been published in leading academic journals in the fields of finance and economics. He has received numerous awards for his research, including a Wim Duisenberg Research Fellowship from the European Central Bank in 2009 and a Fordham-RPI-NYU Rising Star in Finance Award in 2012. His research interests lie in the areas of empirical financial intermediation and applied financial econometrics.