The Council of Europe Development Bank, headquartered in Paris, has been in operation since 1956. From day one, its mandate has been to fund resettlement efforts for displaced people, and that goal continues today—along with other worthy objectives such as job creation and emergency relief. Its stated mission is to promote social cohesion in its 41 member states. And it achieves this by co-financing and providing technical support for socially targeted projects. 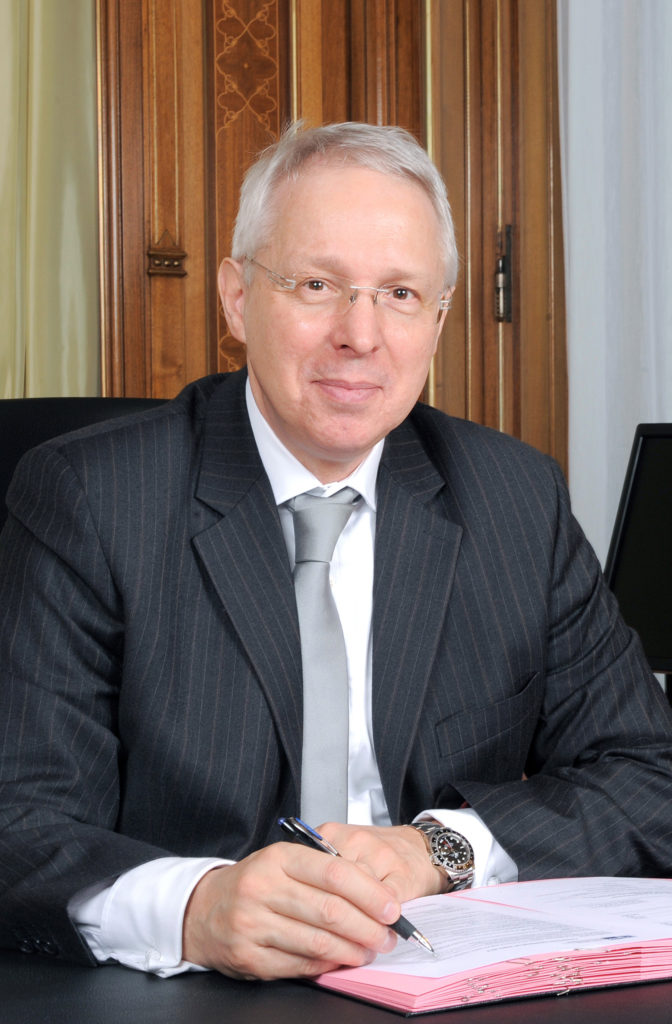 Joining us to discuss the special mission of the bank is Dr. Rolf Wenzel, Governor of the Council of Europe Development Bank.

The Council of Europe Development Bank is an important source of financing to the Council’s 41 member states. Can you explain its origins? Is its mission strictly financial, or are there other objectives involved?

The mission of the Council of Europe Development Bank (CEB) is to strengthen social cohesion in its member countries. In doing so, it pursues the following three goals: to safeguard human rights, promote democracy and strengthen the rule of law. These are the values that underpin the exclusively social projects financed by the CEB in its member countries. This social mandate is what sets the CEB apart from other international financial institutions and goes back to the experiences and lessons learned from World War 2 (WW2).

One of the concerns at the end of WW2 was to provide housing solutions for the refugees and displaced persons in the countries affected by the war. This led to the establishment of the CEB as a multilateral financial institution in 1956 by eight member countries of the Council of Europe.

The number of members grew during the decades that followed, and many Central and Eastern European countries also joined the Council of Europe and the CEB, especially in the 1990s after the fall of the Iron Curtain. Today the bank has 41 members, namely all the European Union (EU) member states except the United Kingdom and Austria, plus non-EU countries such as Norway, Switzerland, Iceland, Moldova, Georgia, Turkey and all the countries of the Balkan region. The EU is one of the bank’s closest partners. The fact that the UK is not a member means that Brexit will not have any repercussions for the bank.

The CEB obviously has played a very important role in strengthening especially the social fabric of Europe over the years. What specific areas does the CEB support today?

The CEB’s activities focus on financing social projects in the following three areas: (1) promoting sustainable growth and social cohesion and, in doing so, combating unemployment and radicalisation; (2) integrating migrants, refugees and displaced persons; (3) developing measures to mitigate the impact of climate change.

The CEB is a self-financing institution, so there are no demands on its members for capital beyond their subscribed capital contributions. The bank is financially sound, has a solid loan portfolio and has no default or arrears on its loans. It also maintains a prudent financial strategy and an efficient risk-management framework. These are all reasons why the CEB was virtually unaffected by the financial crisis in 2008.

Much of our activity today focuses on countries with greater needs in terms of public infrastructure development. Yet we are also active in wealthier countries, where there are often social inequalities between regions or amongst social groups within the same community. We view this type of social disparity as equally harmful to the fabric of European societies, so we work to increase social convergence not only between countries but also between smaller entities, such as regions and municipalities.

What has the bank’s response been to widespread migration into Europe of recent years? What challenges has it addressed since the migrant and refugee crisis in Europe reached its peak two years ago, and how has it helped its member states to deal with the influxes into their own countries? What are the goals of the Migrant and Refugee Fund?

For over 60 years, the Council of Europe Development Bank has been working to strengthen social cohesion in Europe. Providing financing and technical assistance for projects with a high added value in its 41 member countries, it is the only multilateral development bank with an exclusively social mandate.

The Migrant and Refugee Fund (MRF), as it is called, was endowed with CEB funds and also with grants from our member states and other donors. It lends its full support to the countries most affected by the crisis, particularly in terms of helping them to provide food, shelter, medical care and clothing to refugees. So far, the MRF has provided over €18 million in grants for refugee projects, and further projects are in the pipeline. We are grateful to all those who have promptly contributed to the fund and have been supporting its work. 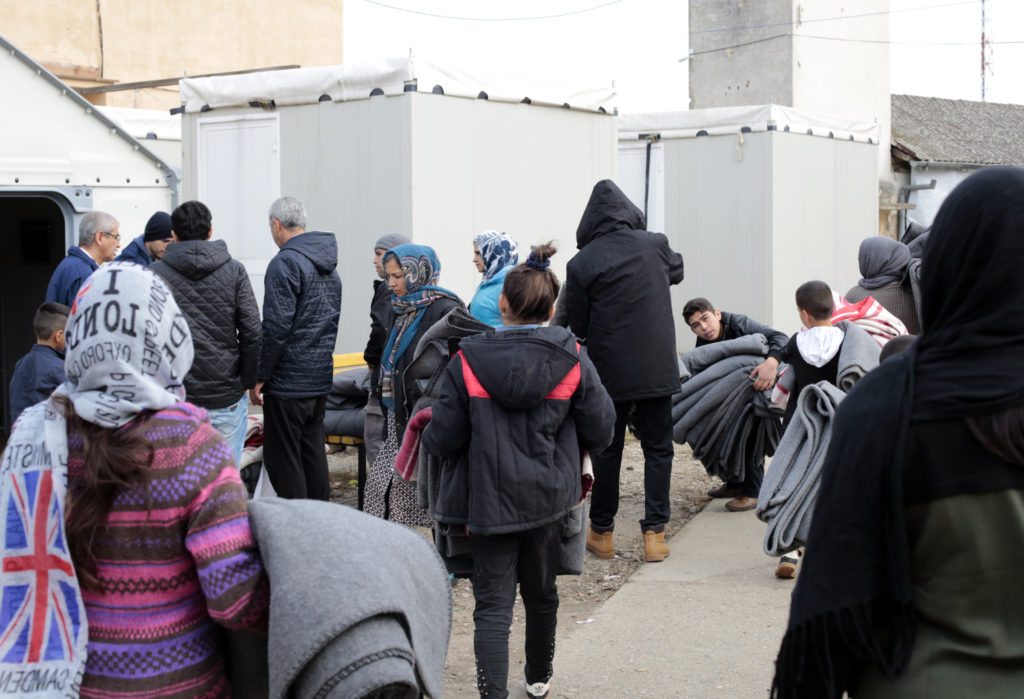 Not only the refugees themselves, but the host countries are in challenging straits. What have been some of the main obstacles you’ve faced in providing refugee assistance? Have you met resistance to integrating migrants from any of the citizens of the countries you are working to help?

Emergency assistance is only a small part of our work in this regard. We are well aware that the refugee crisis is placing severe economic and political strains on our member countries, so we are doing everything we can to support them through our loan instruments. We believe that, when it comes to migration, integration remains the main challenge.

The issue has proved controversial in parts of Europe, with some countries even refusing to take in refugees. We, on the other hand, as a multilateral development bank, believe that for the successful integration of new arrivals into the society and economy of receiving countries, substantial investments are needed in public infrastructure, housing, health, education and job creation. This is an ongoing process requiring a mid- to long-term strategy aimed at creating an environment which views and treats migrants and refugees as an opportunity for cultural, social and financial enrichment rather than as a threat to society.

There is no doubt that international financial institutions have an important role to play in this, and I am pleased to say that the CEB has mobilised considerable resources to help its members manage migration. Last year alone, we increased our loans by 50 percent. The majority of the new projects approved are benefiting migrants, refugees and displaced persons. This year we have boosted further our lending activity, committing our full range of loan instruments to supporting the social integration of migrants and refugees in all of our member countries concerned. This includes the financing of social housing projects for vulnerable population groups, including migrants and refugees and their families, persons with disabilities and the elderly, but also the construction or modernisation of school and health facilities. We give particular attention to energy-efficiency improvements, which play a significant role when it comes to meeting environmental and climate goals. As well as with national governments, we work with local authorities and municipalities. We favour working with national promotional institutions, because we can benefit from their knowledge of the national and local specificities in the country concerned, which allows us to maximise both the impact and the scope of our operations.

High unemployment rates continue to plague European countries, in some cases reaching nearly 25 percent, affecting in particular the youth. Does CEB have a program in place to help boost employment in its member states?

Other than the refugee crisis, combating unemployment is another important CEB area of operation. European economies have been showing positive signs in recent months, but unemployment remains an issue. According to the European Commission, over 21 million persons are unemployed in the EU alone, with unemployment rates in some countries climbing up to 23 percent and above.

In its recent employment outlook report, the OECD (Organisation for Economic Co-operation and Development) warns of “a low-skilled youth population disconnected from both employment and learning risks being permanently left behind in the labour market”. This is why it is of major importance to address issues such as limited access to training and the job market, unequal opportunities, and youth and long-term unemployment in a comprehensive manner.

The CEB gives top priority to projects aimed at job creation and preservation, as well as education and training. By providing financing for small and medium-sized businesses (SMEs) through local commercial banks or leasing companies, we are boosting employment in our member countries. In the past few years, we have been very active in SME financing in Turkey, Hungary, the Netherlands, the Czech Republic, the Slovak Republic and Poland, to name but a few. We also work with microcredit institutions to help people who are looking to start or expand a small business but have difficulty accessing bank loans because of their background, gender, age or lack of collateral. 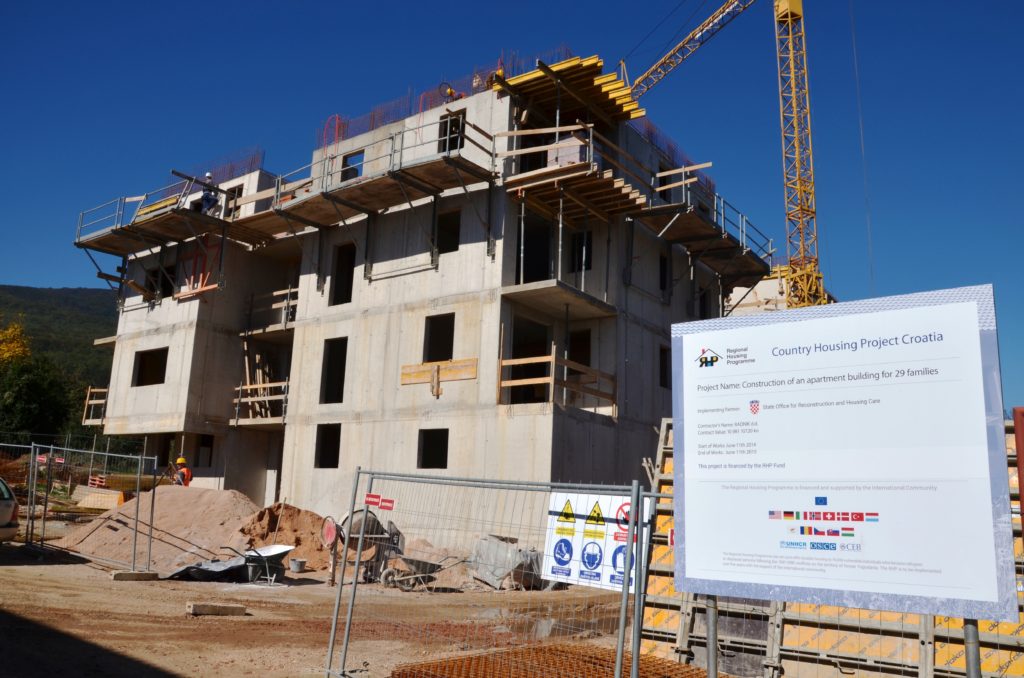 And the financial support that you provide to SMEs complements your overall social mandate?

All of this is central to our social mandate. By helping European economies to grow and spread benefits more evenly, we contribute to the fight against marginalisation and exclusion, which are among the root causes of social tensions, radicalisation and extremism—and the tragic results of these dangerous phenomena in Europe are, sadly, too well-known to us all. Ultimately, we help to make societies more inclusive, democratic and secure. This is why our motto is “Building a better Europe”.

CEB recently released the inaugural issuance of the CEB social bond. Can you explain what its goals and objectives are?

We at the CEB continually review our strategy and adapt it to an ever-changing environment. This is part of the evolution process for an institution like ours striving to meet the social-development needs of its 41 member countries.

Against this background, I am very pleased that earlier this year the bank issued its first social inclusion bond. Preparation before the issuance involved developing an appropriate framework, in line with the social bond principles of the International Capital Markets Association (ICMA), which set out the underlying rationale of the bond and explained the methodology used with regard to such aspects as loan selection, the use of proceeds and reporting. The framework, which received a positive second opinion from a specialised environmental, social and governance rating agency, also served to give investors an overview of the CEB and its activities, placing particular emphasis on the bank’s social mandate.

Indeed, investor interest in our social bond was very strong, with socially responsible investors having a major part of the transaction. For us, this is very important because it demonstrates solid investor confidence in the CEB’s expertise and activity in the social sector.

In accordance with our social inclusion bond framework, the proceeds of the social bond are reserved for the financing of eligible loans in the areas of social housing, education and vocational training, and job creation and preservation in micro-, small and medium-sized businesses. These are among our priority sectoral lines of action and areas in which our member countries have increased needs in the current economic context in Europe. So our social bond is expected to have a significant impact on social development and is a major step towards promoting social cohesion in Europe, in line with the CEB’s mandate and Development Plan 2017-2019.

Well, Dr. Wenzel, it appears CEB is doing an impeccable job of fulfilling its mission to improve social cohesion within the many European states it serves. Thank you very much for your time today.

Beware: the Rise of Passive Investing

Is the US Dollar’s Role as the World’s...

Eat Out to Help Out Scheme Pushes UK...

Decline in US Initial Jobless Claims Does Not...

DeFi: Behind the Latest Revolution in Crypto

Reply Retweet Favorite
The European Bank for Reconstruction and Development: A Strong and Reliable Partner By Jürgen Rigterink (… https://t.co/GncZ8NiCW1