Top Posts
Can the Indo-Pacific Economic Framework Expand US Economic Influence in...
Banks Remain Uniquely Vulnerable to Sophisticated Cyber-Attacks
Western Banks Willing to Accept the Short-Term Pain of Russian...
Why the US Is Ramping Up Its Presence in Somalia...
How Technology Is Helping to Solve Global Supply-Chain Issues
UK Inflation Climbs to Fresh 40-Year High
Home Finance Investing for a Double Bottom Line
Finance

Investing for a Double Bottom Line 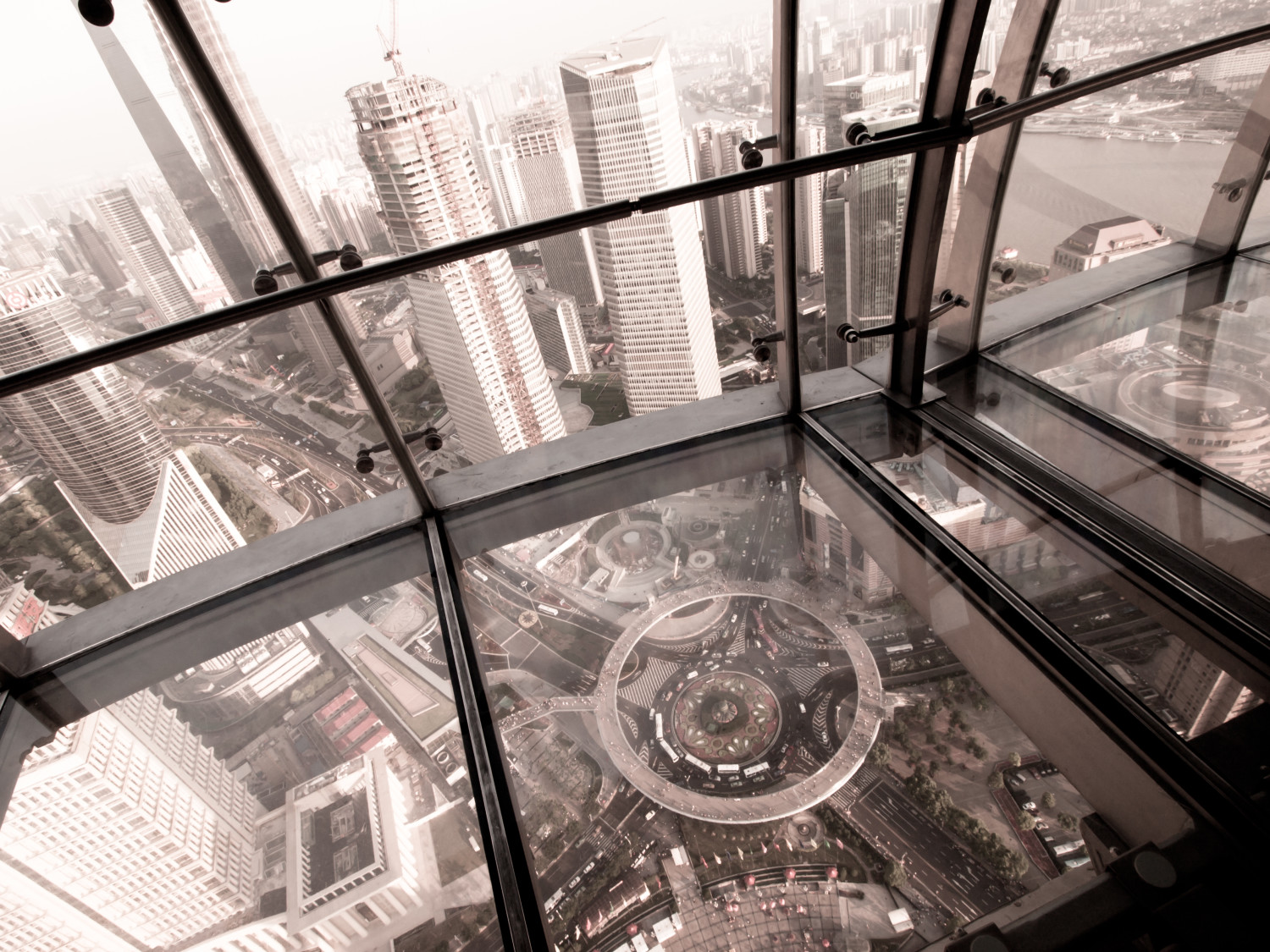 Everyone knows more or less how capitalism works. Investors try to earn as much return as possible from an investment in exchange for the risk they take. This process helps the economic pie get larger.

Everyone knows what charity and grant funding are for, too. Individuals and organisations provide funds or other sources of value with no expectation of any financial return. Their aim is purely to do good.

Combining the two produces a hybrid that is still quite new—certainly on the scale that is now being targeted. Not surprisingly, given its youth, this hybrid remains poorly defined. It goes by many different names: social investment, impact investing, patient capital, double bottom line investing and profit with purpose are some of the terms that people use, without there being any agreed-upon definitions.

One point that needs to be made upfront is that this new form of activity goes beyond the kind of passive screening that lies behind much of what is often called “ethical investing”. That activity involves simply screening out existing companies with negative outputs, such as tobacco, arms manufacturing or gambling. Social investment involves actively seeking out positive social impact. For that reason, “double bottom line” is the jargon term that best conveys what most social investors are trying to achieve. They want to generate both a financial return (the conventional bottom line) and positive social impact.

This is where things immediately start to get tricky. International Banker readers do not need to be told that both measuring and achieving one bottom line is hard enough. It should come as no surprise to read that doing this for two bottom lines simultaneously is more than twice as hard.

The most obvious issue is how to measure “social impact”. Even apparently simple topics can be surprisingly elusive. Take an obvious social problem that has already received high-profile social investment: re-offending rates, or recidivism. Society should want to minimise re-offending rates for the sake of both the individuals involved and the public purse. On the face of it, measuring re-offending rates, and therefore whether an intervention is having positive social impact, might seem straightforward.

Not necessarily, it turns out. Someone with senior experience within the criminal justice system points out something that seems obvious once you think about it: “What’s easy to measure is not re-offending but re-conviction rates. If you assume that the two move in tandem, then you’re implicitly assuming that the police and the courts always work with the same focus and effectiveness. In practice, that’s not the case.” This is just one example of how subtle social-impact questions can be, even when they seem relatively simple—and many social issues are more complicated than re-offending.

Moving beyond the impact bottom line to the combination of two bottom lines brings us into even more tricky territory. The obvious question here is, What should the relationship be between the two bottom lines? More specifically, is there a tradeoff? Do, or should, social investors accept a lower financial return than they would otherwise require in return for achieving their second bottom line of social impact?

One view holds that there is not, or need not be, any tradeoff between financial and social return. But if social investors are receiving a return that would satisfy conventional market investors, then it is surely reasonable to ask why social investors are involved in the first place. Should they not simply make way for market (single bottom line) investors? To use another jargon phrase, social investment should not be in the business of “crowding out” mainstream investment.

A more plausible argument for social investment is that it creates social impact that would not otherwise happen, or perhaps would happen more slowly.

Sometimes this involves accepting a lower financial return than single bottom line investors would accept in return for the prospect of creating social impact. Imagine a social entrepreneur who has an idea for a business that will employ ex-offenders, giving them experience and training that will help them to re-integrate into society. Its capital needs are more than is available from sources such as family and friends.

If she were targeting only a single bottom line, she would be able to approach conventional sources such as venture capital and/or High Street banks. Her business plan foresees the company becoming financially sustainable (that is, profitable). However, the expected profit is not enough to satisfy the venture capitalists; and neither venture capitalists nor mainstream lenders are prepared to take on the risk of backing someone with no track record in this area.

Social investors may be prepared to back her. If so, that suggests they are prepared to take on some combination of lower financial returns and/or higher risk. In effect, they are accepting an inferior single bottom line (risk/return) in return for the chance of earning a second bottom line as well.

In other cases, a specific market failure can make it possible for social investors to earn a full single bottom line return as well as the second one of social impact. One example of this is an area known generically as “financial inclusion”.

Poor people tend to be badly served by the finance industry. Most people are familiar with headlines about payday lenders (think of Wonga) charging exorbitant borrowing rates to people who do not qualify for conventional loans. Such headlines can be simplistic: the hard fact is that it is expensive to lend small amounts to people with poor credit records. Here is the more relevant question: What return on capital do private sectors in this space make?

The answer is that many private-sector operators make super-normal returns on capital by lending to poor people. Two lengthy competition-authority reports in the last decade have demonstrated this, and it is easy to confirm by looking at the financials of such operators.

Going back to the start of this article, one of the things capitalism is supposed to do is to use competition to drive returns towards the average. So why is this not happening here? Theory suggests that super-normal returns ought to attract mainstream operators into the business of lending to poor people. That would drive down both lending rates and thus super-normal returns on capital.

In practice, mainstream operators such as High Street banks worry about the reputational risk of lending to poor people. That keeps them out of the business; and it keeps returns artificially high for existing players. One anecdotal way to see this process at work is to observe that virtually all existing players in this area are privately owned—that is, out of the public eye. (The one big exception is Provident Financial, which ironically recently joined the FTSE 100.)

Reputation risk creates a market failure, which in turn creates an opportunity. Social investors can back responsible lenders to poor people. Because these lenders do not aim to make private profits out of this activity, they have less need to worry about reputation risk than, say, High Street banks. Meanwhile, if existing operators are making returns that are, say, twice as high as they should be, the new social lender can charge much less than existing operators but still make a decent surplus.

These two generic examples show how social investment can work. It is worth pointing out that while market failures can create attractive opportunities, the number of them that are both real and lasting is probably small. That leaves social investors for the most part having to wrestle with the tradeoff between the two bottom lines.

Once again, the youth of the sector means its track record is limited. Some data suggest there is no need for a tradeoff, because financial returns match those available in single bottom line investments. Other data are not so positive. It will be a while before it becomes clear what the true story is.

That would be more complicated. It would have implications for what the appropriate sources of social investment will be. In 20 years, it will be interesting to look back and see how this new market ended up evolving.