Top Posts
Challenges Remain, But There Are Opportunities to Be Had in...
Interview with Mr. Olukayode Pitan, Chief Executive Officer and Managing...
Commodities Outlook for 2023
The Value of Cash in a Time of Crisis: How...
The US-Africa Leaders Summit: Fostering a Closer Relationship with the...
Three Key Sectors in Which to Invest in 2023
Home Brokerage Investing in frontier markets
BrokerageFinance 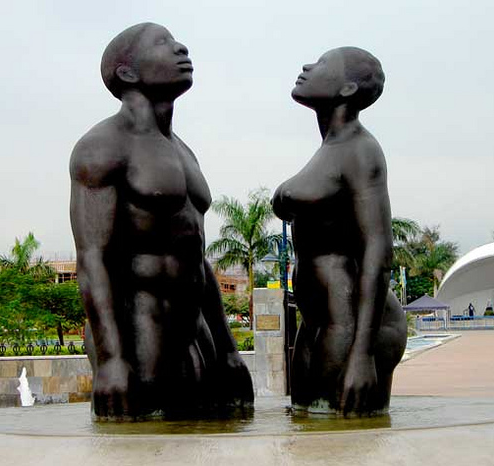 As the developed world struggles to escape economies best characterised by slow growth and high government debt and whilst the emerging markets are losing the centre stage as the investors’ favourites, frontier markets are fast becoming the focus as the never ending search for growth continues.

The term frontier market was first coined by an Indian economist Farida Khambata at the International Finance Corporation (IFC). The main characteristic of a frontier market are countries that are at an early stage of economic development, with a much higher growth potential than their “bigger brother” emerging markets. The following table shows frontier market countries by region:

The common challenges historically associated with these countries were that of political instability, access to their financial markets and the low levels of liquidity. Much of those barriers have been taken away. Frontier markets present an opportunity for investors to diversify their return pool. This market is an economy with approximately a billion people, a nominal Gross Domestic Product (GDP) of $2.4 trillion and a market capitalisation of $1.7 trillion. According to analysts, frontier markets are set to take centre stage as some of the best investment havens in the world when emerging markets saturate. By adding frontier markets into a portfolio, investors get exposure to under-represented regions such as Eastern Europe, Africa, and the Middle East, as well as a broadened opportunity set in Asia and the Americas. Within these regions, it is also important for an investor to understand the dynamics of each country as they are highly uncorrelated markets even though they have the same characteristics in terms of the economy. These markets are dominated by the telecommunication and financial stocks where in the past they were much reliant on the resources sector.

In terms of yield, Frontier markets have an average yield, on a 10 year government bond, in the double digits whereas the United States 10 year government bond is lower than 2%. A recent $750 million Eurobond issued by Zambia was oversubscribed, this is an indication that these markets are developing fast and investors are acknowledging their embedded value. It is worth noting that it is only in the past decade that most of the frontier market governments were issuing their first bonds. The main risk associated with bonds is that of defaulting. Each market should be assessed for its own level of credit worthiness and default risk.

Frontier Markets have been growing at a faster rate than the developed markets. The main reason for this has been the increasing amount of urbanisation, where more of the population is receiving an education; they tend to move towards urban areas so as to find means of participating in the economy. The second reason is the growing number of middle-class population and youth. 30% of the world’s population is represented within frontier market countries. The increase in population and urbanisation has worked well for telecommunication companies as there has been a significant rise in mobile and data usage in these countries as well as an increased usage of sectoral services offered. For example, the median age of the developed world is 45 whereas in frontier markets the median age is 22.

Frontier market stock constituents are also vastly small when compared to those of developed countries. In terms of stock market performance frontier markets returned, over one year to the end of August, 18.3% measured by the Morgan Stanley Capital International (MSCI), developed markets returned 15.1% and emerging markets returned a negative 1.9%. The frontier markets have performed better than the developed economies and significantly higher than the Emerging Markets. The countries within these frontier markets are highly uncorrelated where the best performing frontier market was Ghana with a one year return of 68.1% whereas the lowest performing country has been Ukraine with a one year return of negative 31.5%. This highlights the importance and need for investors to have a full understanding of the underlying countries within the emerging market classification. This will enable investors to eliminate the countries which pose a significant amount of volatility in the portfolio. The performance is merely an indication of how the regions have performed over a particular time frame and cannot be used as the only basis for investment.

Including an investment into frontier markets increases the governance burden on investors from an investment selection and monitoring perspective. Although the allocation is likely to be small, clearly defining the rationale for the investment is important as it will help investors be aware of the potential rewards for the investment as well as the risks associated with them. For example the recent Tunisian uprising highlights some of these countries vulnerability to unforeseen events. Investors need to be aware of the political risks associated with each of the frontier market countries. The lack of transparency in corporate governance is also a point of consideration when investing.

Access to information regarding frontier markets countries and companies presents fund managers that are on the ground with an opportunity. Globalisation and integrated trading systems have spawned a new breed of investors who are able to remotely invest in countries and companies they have never heard of but have screened using sophisticated analytical tools. When using such systems to invest in frontier markets, investors need to be aware of the risks associated with not being on the ground in contextualising the dynamics of the country, market environment and any other risks that may not be seen from a computer trading model.

When investors consider the strength of the stock market within these countries liquidity; appropriateness of the benchmark; and the volume of trade is important. The tendency with the frontier market exchanges is that they are less liquid that those of the developed world. It is therefore important for investors to consider the time horizon of the investment. The longer the time frame of investment, the less need for liquidity as compared to investing with a short-term time horizon. Establishing the appropriate benchmark is important. The MSCI and Standard & Poor’s benchmarks for these frontier markets and their underlying countries are vastly different where some countries have a significantly higher weight in the benchmark than others. By determining the appropriate benchmark, investors are able to have a good understanding of how their portfolios have done. An easy benchmark that is not well structured might give an investor the illusion that the portfolio is performing well.

Most of these frontier markets have significantly low trading volumes compared to those of the developed world as well as the emerging countries. Low trading volumes pose a significant risk in investor monies as fund managers are most likely to affect the prices when a stock is bought or sold.