Top Posts
Interview with Mr. Olukayode Pitan, Chief Executive Officer and Managing...
Commodities Outlook for 2023
The Value of Cash in a Time of Crisis: How...
The US-Africa Leaders Summit: Fostering a Closer Relationship with the...
Three Key Sectors in Which to Invest in 2023
Three Key Stocks in Which to Invest in 2023
Home Finance Is a Strong Economic Recovery on the Horizon for New Zealand?
Finance

Is a Strong Economic Recovery on the Horizon for New Zealand? 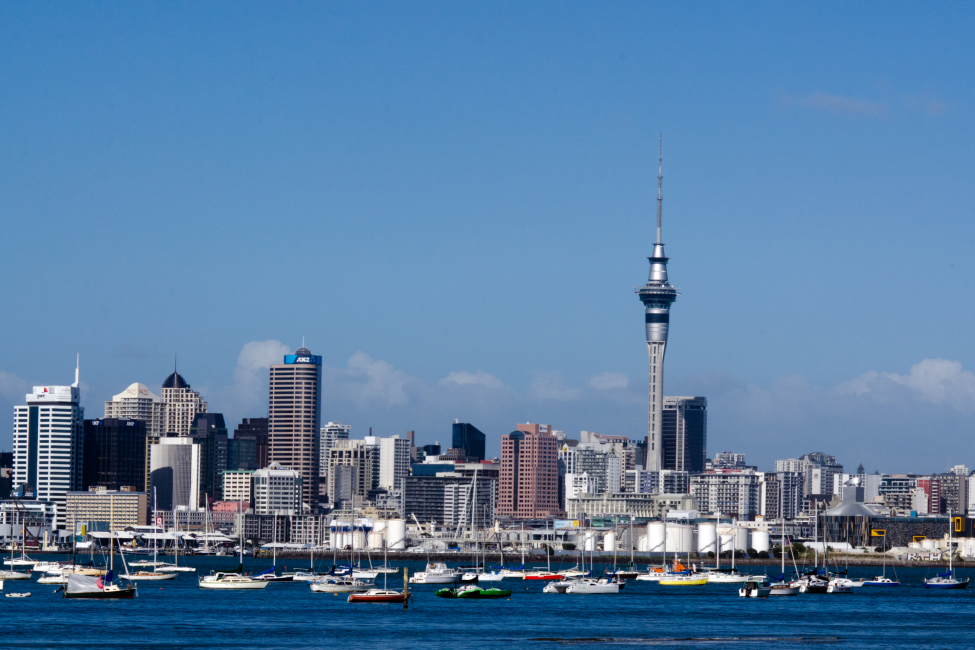 It was a rare sight to behold for the world. With virtually the entire planet still implementing some degree of restriction on movement as well as economic activity, mid-January in New Zealand saw more than 20,000 people enjoying a concert held by local band Six60 in the Waitangi locality of the North Island. Indeed, the concert was just one of several large, non-socially distanced events that New Zealand has been safely able to stage, with New Year’s festivals around the country attracting similarly sized crowds—an enviable marker of how successful the country has been in containing the outbreak of the coronavirus within its borders. As a result, it can now enjoy a more upbeat outlook for its economy in 2021 and beyond.

Much of New Zealand’s success can be attributed to its “hard and early” response to the pandemic, in the words of Minister of Finance Grant Robertson, which helped to almost completely mitigate the harmful effects of the virus and bring case numbers to a virtual standstill before the end of last year. And with authorities thus able to relax social-distancing measures much earlier than other countries, New Zealand experienced a resurgence in economic activity during the latter half of 2020, led predominantly by a welcome pickup in household spending.

As such, Robertson insists that New Zealand’s economy remains one of the “best in the world”. And he is not the only one. In late February, ratings agency S&P Global Ratings awarded New Zealand with the world’s first sovereign upgrade since the beginning of the pandemic. “We now believe that the government’s credit metrics can withstand potential damage from negative shocks to the economy, including a possible weakening of the real estate market, and its fiscal position at the ‘AA+’ rating level,” S&P noted. “New Zealand’s monetary flexibility, wealthy economy and institutions are conducive to swift and decisive policy actions and offset the country’s external imbalances”. Moody’s, meanwhile, currently rates New Zealand at Aaa with a stable outlook and Fitch Ratings at AA with a positive outlook. S&P also raised New Zealand’s domestic currency ratings one notch to AAA, which is the same as Moody’s and higher than Fitch’s Aaa and AA+ ratings.

So, will New Zealand’s economy continue to flourish this year? It certainly seemed that way by the end of 2020, with Robertson declaring it as likely among the world’s fastest to recover. “While New Zealand’s economy contracted in 2020, it is expected to rebound strongly in 2021, in line with countries we compare ourselves to, like Australia and the United States, and outperforming the United Kingdom and Japan relative to these countries’ 2019 starting point,” he said in December. And with the country reporting only a handful of new cases since the fourth quarter, the low probability of further lockdowns was set to be instrumental in ensuring this strong rebound comes to fruition. Indeed, a University of Tasmania economist, Saul Eslake, stated that it is transparently clear that an economic recovery cannot be sustained unless the effects of the virus remain suppressed. “Because if it isn’t, then either governments will be forced to reimpose lockdowns [of varying severity], or even if they don’t, people will voluntarily impose restrictions on themselves—and that will remain the case until a vaccine has been widely distributed,” Eslake told the Financial Times in December.

FocusEconomics has been similarly bullish for New Zealand’s economic outlook. “Resurgent investment activity and private consumption, helped by expansionary fiscal and monetary policies, will support domestic demand, and the gradual reopening of the global economy will boost the external sector,” the economic-analysis firm stated in its November forecast for the country. That said, with every chance that the pandemic may flare up again, it also warned that growth could continue to be restrained, although the vaccination programme that has already commenced in earnest will mitigate much of this threat. As such, FocusEconomics has projected the New Zealand economy to grow by 4.5 percent this year and 2.9 percent in 2022.

But that positivity seems to have been dented more recently, especially after recent figures showed New Zealand’s economy shrunk by a record 2.9 percent last year, with a 1-percent contraction being posted for the October-December quarter. “It is not surprising that these numbers are jumping around. The world is dealing with the ongoing impact of COVID-19, and there will be volatility for some time,” Robertson said upon release of the fourth-quarter figures in March. “For example, on these measures construction declined in the quarter, but activity remains at historically high levels.” The figures thus raise the likelihood of a double-dip recession transpiring, with many also expecting negative growth to have materialised in the first quarter of 2021, largely due to the significant dent in the tourism sector—which accounts for 18 percent of New Zealand’s gross domestic product (GDP)—as a result of the absence of international visitors during the peak season.

Westpac Banking Corporation also expects the economy to shrink during the March quarter, again holding tourism chiefly responsible. “With tourism out of action for now, economic growth over the next year will inevitably be driven by domestic forces, with household spending taking the lead,” according to the Australian bank. “New Zealand’s rapid bounceback from the Covid-19 lockdown helped to underpin employment and household incomes last year. At the same time, household spending patterns went through a significant shift. With overseas holidays off the table, spending was diverted towards household goods and home renovations, as well as in part an increase in saving.” Kiwibank predicts New Zealand’s economy will contract again in the second quarter of 2021, which would technically mark a return to recession. “Turbulence is to be expected as we continue to navigate the COVID-19 crisis,” the bank’s chief economist, Jarrod Kerr, recently remarked, although he also confirmed that, barring another prolonged lockdown, the New Zealand economy “is now on a firm recovery”.

Concerns also continue to mount over New Zealand’s rising house prices, which some deem to be unsustainable at this point. According to the CoreLogic Home Price Index (HPI) for February, nationwide property values increased by 2.6 percent over the month and a whopping 14.5 percent over a 12-month period—a rate that has not been seen since the 12 months to October 2016 (14.8 percent). Much of the overheating can be directly attributed to record low borrowing costs that have transpired as the central bank has slashed interest rates and initiated a quantitative-easing programme to counter the pandemic’s impact.

To its credit, New Zealand’s government has stepped in to try to cool the market. From March 1 onwards, it has stated that it will require the Reserve Bank of New Zealand (RBNZ) to formally account for rallying house prices when setting interest rates. This is likely to add a significantly cautious dimension to the bank’s approach towards monetary policy moving forward. It must consider “the impact on housing when making monetary and financial policy decisions,” according to Robertson, who nonetheless confirmed that the bank’s objectives and mandates remain the same: Maintain price stability, support full employment and promote a sound and stable financial system. But a change to the Monetary Policy Committee’s remit will require it to “assess the effect of its monetary policy decisions on the government’s policy”. A clause has also been included stipulating that the government’s policy “is to support more sustainable house prices, including by dampening investor demand for existing housing stock, which would improve affordability for first-home buyers”.

And with regulators recently stepping in to implement loan-to-value restrictions, along with further debt-to-income tightening measures expected in May, the anticipation that house-price inflation will begin to slow is now growing. “With the hard line taken by the Government to reduce speculator activity, and now the Reserve Bank having somewhat of a mandate to assist them, the outlook for future property investment looks less certain, although with the Prime Minister also declaring a desire to protect the wealth in our largest asset class, expectations are for a slowing of growth rather than a reversal,” observed CoreLogic’s head of research, Nick Goodall.

However, concerns abound that the RBNZ may have too many targets to meet by also having to consider house prices. “The more objectives you’ve got, the more complicated it can be to meet all those objectives,” Nick Tuffley, chief economist at ASB Bank in Auckland, told Bloomberg. “Inflation and employment is what they will focus on, but they have to think harder about how their decisions impact on the housing market.”

Given the surprise contraction in the fourth quarter, much will seemingly depend on how the economy performs in the first quarter of 2021. Will the lack of international tourism keep GDP growth in the negative, and, if so, will New Zealand plunge into recessionary territory once more? The government has certainly made a concerted effort to combat this impact by promoting tourism within its borders through such initiatives as its #DoSomethingNewNZ campaign and commissioning a report into citizens’ attitudes towards domestic tourism. Its success in completely plugging the hole created by the dearth of cross-border travel seems unlikely, however, and New Zealand may just have to wait a quarter or two longer than first anticipated before it can celebrate the rejuvenation of its economy.