Top Posts
Digital Transformation For Financial Systems In A Changing World
How Gamification is Catapulting Digital Banking to the Next Level
Challenges Remain, But There Are Opportunities to Be Had in...
Interview with Mr. Olukayode Pitan, Chief Executive Officer and Managing...
Commodities Outlook for 2023
The Value of Cash in a Time of Crisis: How...
Home Finance Is Disaster Looming for Australia’s Economy?
Finance 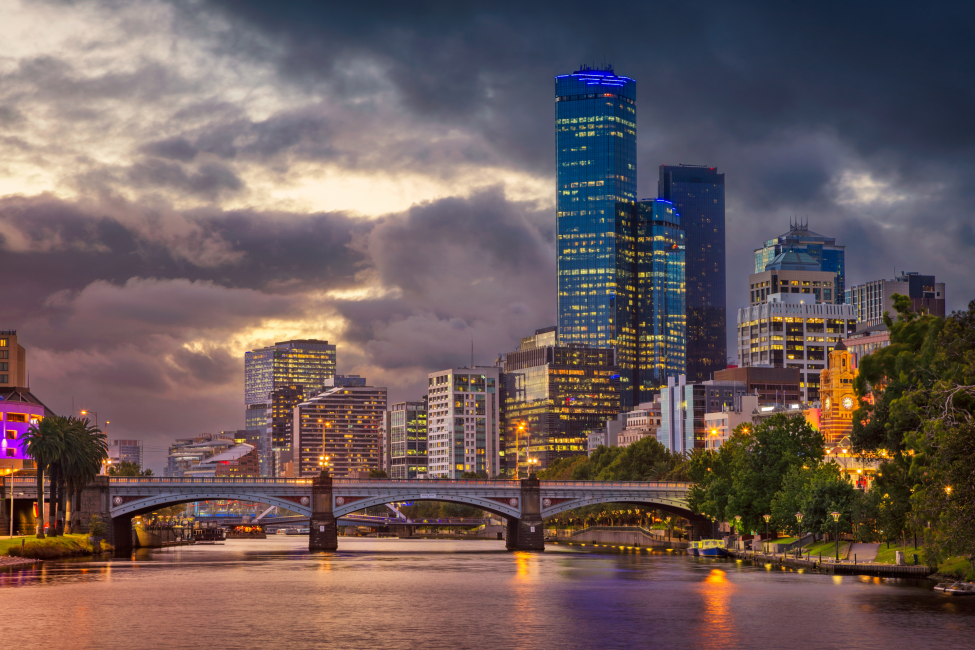 There was a muted sigh of relief in Australia on September 1 when the Australian Bureau of Statistics (ABS) confirmed that the nation’s economy had risen by 0.7 percent quarter-on-quarter during the second quarter of the year. This positive growth meant that the country had most likely avoided a technical recession for the time being, as it was acknowledged that this growth preceded what was guaranteed to be a major contraction during the upcoming September quarter on the back of a merciless wave of COVID-19’s Delta variant having spread throughout its two largest states by population. Nonetheless, Australia’s economic hopes have once again been shaken, with any expectations of a quick recovery being definitively quashed.

It wasn’t always like this, of course. On the contrary, Australia’s economy was roaring back into contention just before the Delta strain reached its shores and sent large swathes of the country into lockdown. A robust economic recovery had transpired, one which saw gross domestic product (GDP) expand on an annual basis by a record 9.6 percent in the 12 months through June 2021 (eclipsing the previous record of 9-percent annual growth recorded in March 1967). Its 2.5-percent economic contraction for the whole of 2020 also stood in stark contrast to that experienced by other nations, including the United Kingdom, which shrunk by 9.8 percent; Spain by 10.8 percent; and France by 8 percent. And its 3.1-percent and 1.8-percent growth figures recorded for the December and March quarters, respectively, provided Australians with much optimism over the country’s prospects.

But as Josh Frydenberg, federal treasurer, recently acknowledged that remarkable resilience will be of “little comfort” to Australians continuing to face severe restrictions. Indeed, the lockdowns that have been implemented in response to the Delta outbreak from late June onwards across the states of New South Wales (NSW) and Victoria—which include the cities of Sydney and Melbourne—as well as the Australian Capital Territory (ACT) have seriously tempered expectations of a swift return to economic normalisation. “The June quarter is a depressing reminder of how close Australia came to achieving the strong and vibrant economy that has eluded policymakers since the global financial crisis,” Callam Pickering, Asia-Pacific chief economist at Indeed.com, recently observed. “That the economy still expanded, despite both May and June partly compromised by lockdown, highlights just how strong the economy was looking earlier this year.”

With the lockdowns still in place, then, Frydenberg said he expects the September quarter to register a contraction of “at least 2 percent”. And recent unemployment figures only seem to confirm that a contraction of this magnitude will materialise, with hundreds of thousands of people losing work in recent months, many of whom have dropped out of the job market altogether. Although the headline unemployment rate fell to 4.5 percent in August, economists have been keen to stress that this figure offers a misleading illustration of Australia’s labour market, particularly as it accounts for neither the 168,000 people who fell out of the labour force in August nor those who are working on zero-hour contracts.

Indeed, Australia’s labour-force participation rate dropped from a record high in March of 66.3 percent to just 65.2 percent in August, which is actually lower than the pre-COVID era. And those working zero hours for economic or other reasons surged by 60 percent in August to 622,000 people, which is the highest since April 2020. According to economist Saul Eslake, Australia’s effective unemployment rate, which accounts for those workers, is now 10.3 percent. “It’s the highest since 10.6 percent in September last year, but it’s a lot lower than the peak of 17.9 percent in April last year,” he told local news publication The New Daily, adding that NSW and Victoria are in an effective recession that will deepen into September.

Speaking in mid-September, Reserve Bank of Australia’s (RBA’s) governor, Philip Lowe, confirmed that he expects the lockdowns in NSW and Victoria to delay Australia’s economic recovery by 12 months and that GDP growth will only return to its “pre-Delta trajectory” during the second half of 2022. “This is a major setback, but it is likely to be only temporary,” Lowe said. “We expect the economy to be growing again in the December quarter, with the recovery continuing into 2022.”

And the Organisation for Economic Co-operation and Development (OECD) now sees the Australian economy growing by 4 percent this year, which is 1.1 percentage points less than its earlier projection in May—the biggest downgrade of any country between the two forecasting periods. Not surprisingly, the renewed lockdowns in NSW and Victoria lie at the heart of this downgrade. As for 2022, the OECD shaved 0.1 percent off its May forecast and now expects GDP growth of 3.3 percent.

“The economy is set to contract in the third quarter of 2021 then return to growth as higher vaccination rates enable an easing of restrictions. The recovery may be more gradual than in past episodes, as it will occur in an environment of higher virus transmission,” the OECD’s September Economic Survey of Australia stated. “An acceleration in vaccine rollout could enable a faster reopening and a rapid pick-up of household consumption, given the stock of excess savings. On the other hand, were significant COVID-19 outbreaks to occur in other states, then the economic shock could deepen.”

With more than half of NSW’s population and almost half of Victoria’s population now fully vaccinated and COVID-19 case numbers now on the decline, however, economic prospects could brighten fairly quickly. NSW Premier Gladys Berejiklian alluded to her state reopening once 80 percent of the state has been fully vaccinated. And Victoria’s Industry Support and Recovery minister, Martin Pakula, confirmed that the state will trial a vaccinated economy at up to 20 nominated sites beginning October 11, which would be two weeks before the 70-percent fully vaccinated threshold for the state is expected to be reached. “The Australian economy will bounce back once restrictions are eased”, according to Frydenberg; however, he added that he “will have to wait and see what occurs” before making predictions for the December quarter.

And Australia’s strong economic performance all the way up until the lockdowns also bodes well for a sharp recovery once restrictions are fully lifted. “Economic activity has clearly been severely disrupted, and it is likely that the national economy will contract by around 3 percent in the September quarter as a result,” noted Sarah Hunter, chief economist at BIS Oxford Economics. But Hunter also stated that she believes Australia’s avoidance of recession in the June quarter “highlights that when restrictions are eased, fiscal and monetary policy are supportive, and households and businesses are confident in the outlook, and in the COVID situation, the economy will recover”.

That recovery will also be dependent on the nature of policy support, the OECD warned, with supportive monetary-policy facilities preferably being maintained and fiscal policy remaining especially flexible to adapt to the state of the economy at any particular time. Australia should also avoid any premature or abrupt withdrawals of policy supports whilst the near-term outlook is still uncertain. “Fiscal policy is now being conducted in an environment of higher public debt and will be called to play a more active role given the limited space for conventional monetary policy at the lower bound,” the Organisation added.

If we were to use the same measures for unemployment now as was used in Keatings recession, unemployment today would be 28%.therefore we are in a depression right now. I sold all of my surplus property from the start of the banking inquiry and from the start of covid.i will leave that liquid for four years at no increase .then I will buy up bargains with cash money.