Top Posts
Challenges Remain, But There Are Opportunities to Be Had in...
Interview with Mr. Olukayode Pitan, Chief Executive Officer and Managing...
Commodities Outlook for 2023
The Value of Cash in a Time of Crisis: How...
The US-Africa Leaders Summit: Fostering a Closer Relationship with the...
Three Key Sectors in Which to Invest in 2023
Home Finance Is Disintermediation the Future of Finance?
Finance 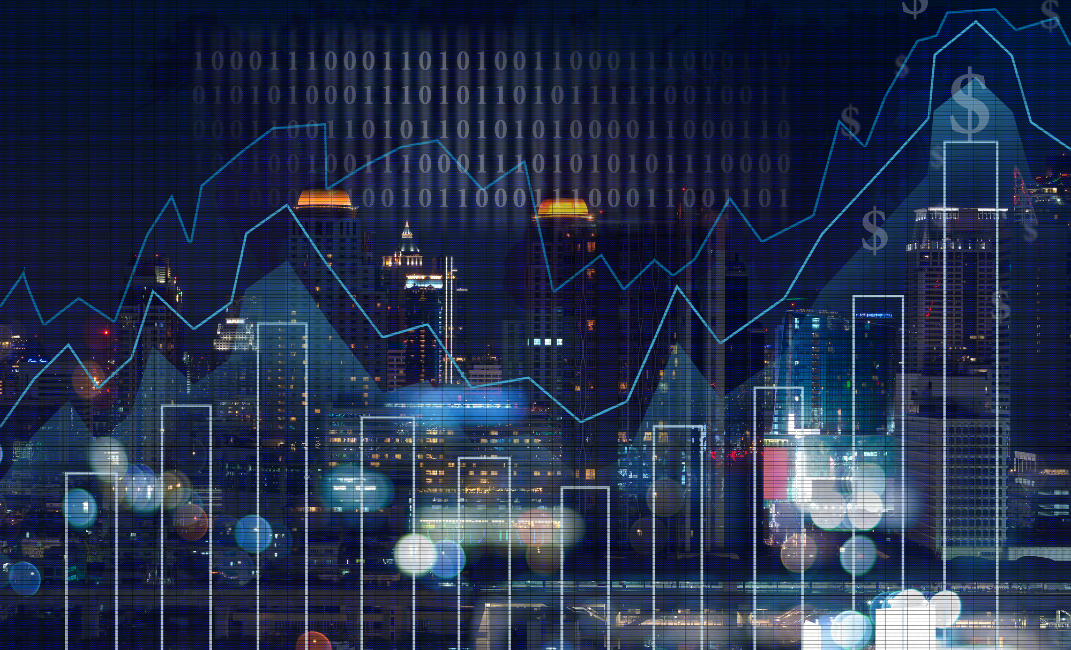 Middlemen. They have long played an important role in the sustained functioning and revenue-generating ability of the global finance industry. By operating as a crucial link between the providers of capital and the end-users of capital, these intermediaries have been pivotal in enabling financial and monetary systems to operate effectively. But the last decade or so has shown with increasing urgency that these entities could well become an endangered species.

At its core, the process of disintermediation involves removing the middleman that sits between two parties in a transaction. Typically, they have operated either as brokers who simply facilitate the connection between the buyer and seller of a transaction or played a more important role by bearing at least some risk themselves and receiving compensation for doing so. But in the wake of the 2008 financial crisis and with pertinent questions raised surrounding the efficiency (or inefficiency) of the global financial system, much of the focus has been on examining whether the existence of such intermediaries is always—or, indeed, ever—necessary. This has led to a strong trend towards disintermediation emerging over the last decade, with the process well underway across several distinct areas within the banking and finance sphere.

Decentralised ecosystems that promote disintermediation, primarily through platforms, protocols and applications that run on distributed ledger technologies such as blockchain, have arguably garnered the most interest in this regard. The cross-border payments industry, for example, has undergone much disruption in recent years as cryptocurrencies have proven to be an increasingly popular way to send value around the world. The technology underpinning digital currencies eliminates the requirement for a middleman and instead operates on a peer-to-peer basis, allowing one party to send payments directly to another. “The emergence of distributed ledger technologies can allow peer-to-peer transactions to be executed electronically between parties using a shared ledger structure where the transaction is settled and holdings are recorded,” stated the Financial Stability Board (FSB), an international organisation that critically tracks vulnerabilities within the global financial system. “Peer-to-peer projects relying on this type of technology, e.g., so-called ‘stablecoins’ initiatives and other crypto-assets, remain still largely untested at this stage.”

As far as the cryptocurrency space is concerned, moreover, decentralised finance (DeFi) has easily been the most popular segment of 2020 thus far. While cryptocurrencies such as bitcoin and ripple hold significant promise for the future of digital payments, DeFi projects and applications (dApps) that are mostly built on the Ethereum platform are already covering virtually the entire spectrum of available financial products and services, including loans, savings, insurance, trading and investing. And in each case, disintermediation is the key feature that allows parties to directly face each other in whatever financial transaction they wish to undertake.

Instead of an intermediary being involved, smart contracts facilitate the execution and completion of these direct transactions. As such, the specific tasks that are typically executed by the intermediary in a traditional centralised model are instead written into smart-contract code, which thus provides a clear, transparent set of rules that cannot be changed and to which both parties of a transaction must abide.

But while blockchain and cryptocurrencies do promise exciting structural changes for the finance industry, many of which involve wholesale disintermediation, one can also observe disintermediation being carried out across much of the rest of the traditional financial-services space. Indeed, blockchain technology does not need to be in place to implement a disintermediated financial structure. And this can be demonstrated through much of the success that has been garnered by the fintech (financial-technology) industry.

One of the biggest fintech sectors that is typically disintermediated is peer-to-peer (P2P) lending. Also known as social lending, the disintermediated model of P2P lending means counterparties can decide whether they want to directly invest in a potential borrower’s loan, which, in turn, allows borrowers to deal directly with lenders without the need for a middleman. This allows the disintermediated model to hold distinct advantages over that of traditional bank lending, including having much lower capital requirements, offering more flexible and favourable terms than what a bank would normally offer, being able to leverage existing payments infrastructure at a modest cost, and having typically lower operating expenses than banks.

Disintermediation is also taking place in corporate finance, particularly in Europe’s banking sector, which had traditionally represented the main source of funding for firms in the region. Following the 2008 financial crisis and the subsequent introduction of more stringent regulatory frameworks, however, European banks saw their share of funding diminish, while private investment through European capital markets and the burgeoning fintech sector stepped up its own funding activity. According to “Financial Disintermediation in International Markets’ and Global Banks’ Funding Models”, a paper published by José María Serena Garralda of Banco de España, global banks have been reducing their cross-border positions and thus reversing the build-up observed prior to the crisis, which it attributed to “centralized funding structures”, as well as reducing their wholesale funding (that is financing from non-retail sources, such as interbank loans). “Today, these global banks’ funding structures are shifting in parallel to cross-border bank deleveraging. Wholesale funding is contracting, as part of broader shifts towards more stable funding sources.”

“The disintermediation process is already well engaged in Europe,” observed Société Générale. “Investors’ involvement in financing should bring Europe closer to the US model, with financing more equally balanced between banks and institutional investors.” But that does not mean that banks will no longer play any role in this new funding model, the French bank acknowledged. Far from it. They will continue to provide some financing along with structuring and servicing expertise. “The disintermediation movement is thus a win-win development for the European market, enabling it to adapt to the new regulation and financial paradigm and continue to finance the real economy and economic growth, while combining banks’ historical asset/lending expertise with investors’ long-term funding capacity.”

It is that expertise that provides perhaps the strongest argument against wholesale disintermediation in the finance industry from taking place. One must ask whether every intermediated system can be regarded as inferior to a disintermediated equivalent. Banks, for instance, play critically important roles with regards to determining the appropriate creditworthiness of borrowers and other counterparties as well as conducting risk management and compliance.

Indeed, activities such as P2P lending are often in high demand precisely because they involve market participants not considered sufficiently creditworthy to obtain funding through traditional channels. This means credit risks—and, thus, the interest rates on loans—are often higher to reflect this. While most bank loans are secured through some form of collateral, this is not always the case with disintermediated lending platforms, meaning that borrowers may quickly fall deeply into debt if they fail to pay high interest rates on unsecured loans.

As such, the recent trend of reintermediation has emerged, whereby all decision-making is placed in the hands of the platform’s software, which operates as the intermediary. Many P2P lending platforms have done precisely this, allowing them to perform all essential tasks pertaining to loan evaluation. “The dominant role of lending platforms without skin in the game makes the market vulnerable to moral hazard, checked by the threat of institutional investors’ withdrawal,” according to Tetyana Balyuk of Emory University and Sergei A. Davydenko of the University of Toronto in their August 2019 paper “Reintermediation in FinTech: Evidence from Online Lending”.

The authors found that in markets without private information, “reintermediation may arise naturally as the platform’s expertise in data analysis crowds out that of investors”. They also observed a pronounced trend of reintermediation within the P2P lending space, citing the example of popular US lender Prosper shifting from an earlier auction-style model that was used to determine loan rates—and which involved no loan evaluation—to one in which the platform’s software “evaluates the loan risk, assigns an interest rate, and screens loans for possible fraud or excessive riskiness”. And this trend is by no means confined to the United States; the paper found a similarly consistent pattern emerging in Europe. “Early auction-based platforms have trended toward reintermediation, and newer platforms are created already utilizing the centralized model.”

Ultimately, therefore, it would seem that while disintermediation represents an exciting advancement in financial services by providing the most direct, efficient way for transactions to occur, it is unlikely to necessitate a complete transition within the industry. Intermediaries still have an important role to play in certain cases, and it, therefore, seems more probable that both disintermediated and intermediated models will co-exist and operate alongside each other, offering market participants a wider range of options from which to choose. Nonetheless, the development of disintermediated products and services represents an important evolutionary process within an arena that has traditionally resisted progress. And for that alone, financial services will be all the better.