Top Posts
How Technology Is Helping to Solve Global Supply-Chain Issues
UK Inflation Climbs to Fresh 40-Year High
Extended Reality and the Metaverse Are Leading Financial Services into...
Digital Currency: India’s Move Towards a Digital Financial System
Algarve Snapshot: The Growth of Overseas Buyers
Will London Have to Send More Banking Jobs to the...
Home Finance Is It Time for MDBs to Get Out of Trade Finance?
Finance

Is It Time for MDBs to Get Out of Trade Finance? 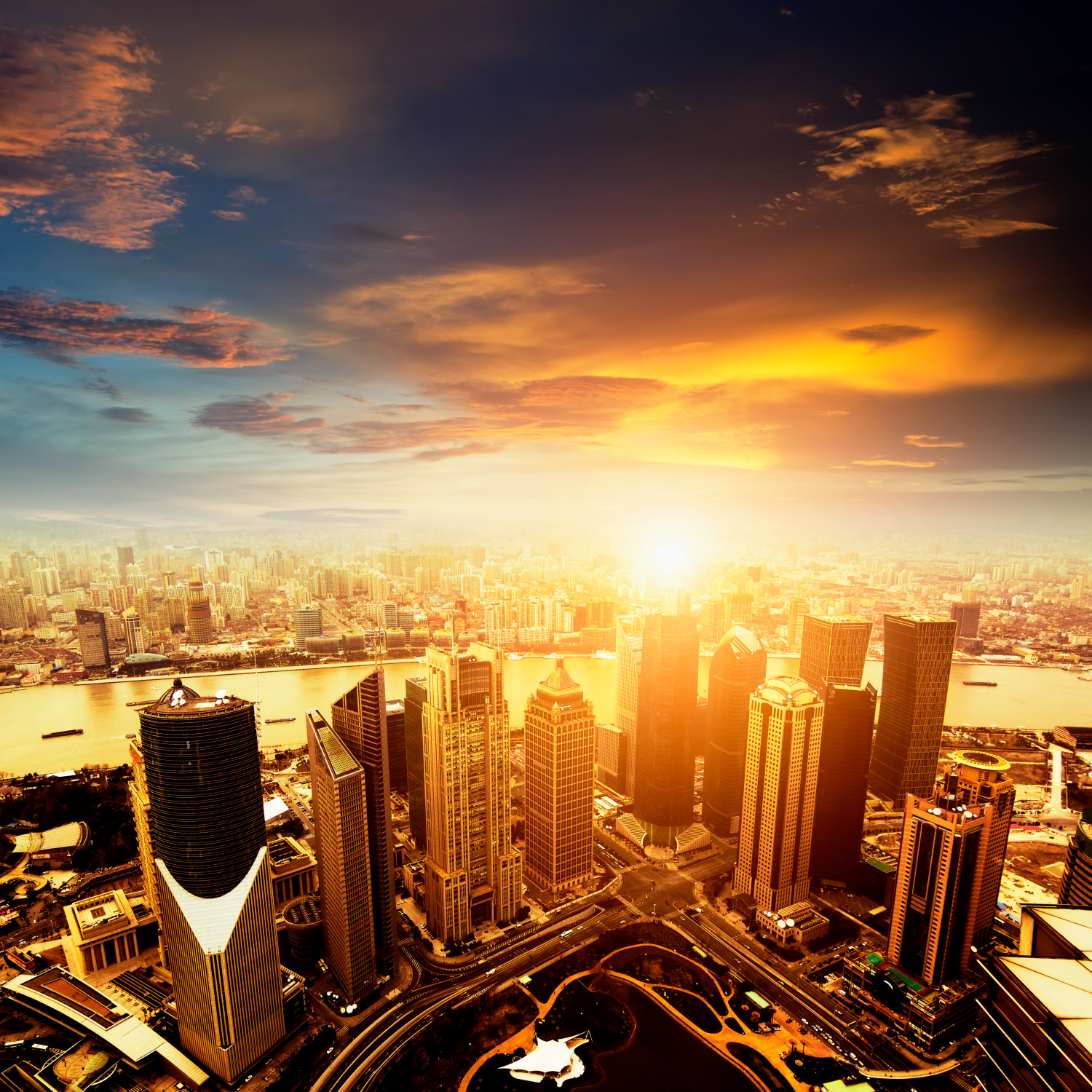 The perspective from Asia and the Pacific

While the financial crisis of 2008-09 raised international awareness of the impacts of trade finance gaps, it also had the effect of disconnecting the discussion about trade finance and development in a non-crisis environment.

Now that international financial markets are functioning again, is it time for multilateral development banks (MDBs) to get out of trade finance?

The answer depends on your interpretation of what target a guarantee program should be addressing. If the aim is to resolve global systemic crisis, then the job of MDBs is done. If the objective is to promote development in emerging markets, then the demand remains as great as ever.

Trade-driven growth is the hallmark of Asia and the Pacific. Emerging economies and developing countries alike continue to integrate forcefully into the global economy. In 2014, the average trade-to-GDP ratio for the region stood at 117 percent. Even where trade costs are fixed and high, such as in our developing Pacific island countries, trade is a critical component of growth.

Because exporters face different costs than domestically oriented firms, trade finance is an integral feature of trade-driven growth. But even five years post-crisis, significant gaps remain. In 2014, ADB found a $1.1-trillion shortfall in developing Asia. $699 billion of this was in the largest economies— India and People’s Republic of China (PRC).

The inability of banks to provide financial support to exporters hampers the expansion of new firms, the exploration of new export sectors and ultimately economic growth. We see a turn to second-best substitutes in some of our least-served regions. In the Pacific, an exporter survey found that less than 50 percent of exporters had ever applied for formal finance. They operate through cash-in-advance, loans from family and other inefficient substitutes for formal finance.

There are several characteristics that impede trade finance in developing countries. Most significant are low country ratings and underdeveloped financial markets. These impact both sides of the bank-to-bank relationships that underpin a substantial portion of global trade.

For international commercial financial institutions, risk factors lead to a situation in which most have not established bank limits or even country limits in many of ADB’s developing member countries.(Without these limits, it is difficult to price risk, and therefore, most banks will be unwilling to enter deals.) For financial institutions in these countries, capacity limits mean they lack the correspondent networks, credit limits and access to international capital markets that would enable them to extend more support for trade. (In addition to low country ratings and weak banking systems, liquidity constraints due to low domestic savings capacity and poor access to international capital markets is another reason that availability of trade finance may not meet demand in growing economies. This is not an issue for markets such as PRC, where household savings rates are near 30 percent; but in countries in which savings are much lower, this is a concern.)

It is in these markets where demand for ADB’s trade finance products—which cover bank and country risk—is proportionally the highest. (This includes, for example, Pakistan, Bangladesh, Vietnam, Mongolia, Sri Lanka, Uzbekistan, but not China, India and Thailand, where the Trade Finance Program does not operate.) The Trade Finance Program (TFP) is a demand-driven program and operates in the markets in which commercial banks are not able or willing to assume sufficient risk to meet their clients’ demands. TFP is moving into new markets in which demand has increased—such as Myanmar; and it has moved out of markets where demand has fallen—such as the Philippines, which by 2014 had an investment-grade country rating and a stable banking system.

The global financial crisis reminded us that while an underdeveloped financial sector might delay the transmission of a global shock, it also limits the ability to respond and recover. In the Pacific, for example, the trade balance plunged in 2008-09 and has still not recovered. 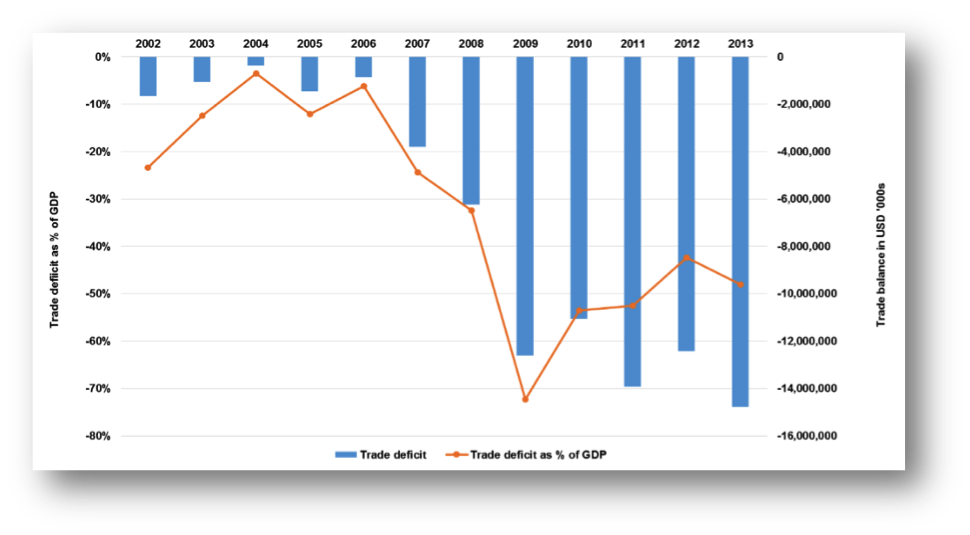 Capacity building (training) for local financial providers is one of the core activities under guarantee programs. On the ground, bank officials receive training and, by participating in ADB’s rigorous due diligence process, learn how to accomplish this in the future for correspondent relationships.

Capacity building through co-financing ensures that TFP promotes stability where financial systems are underdeveloped. More than half of TFP’s $4 billion annual support for trade has been through private-sector co-financing ($2.04 billion in 2014). In addition to risk sharing with commercial banks, TFP distributes a considerable amount of risk to private insurance.

This leads to the result where ADB resources are leveraged to deliver more impact, and the private sector is enabled to develop relationships. And perhaps most importantly, it allows for the development of a credit history in DMCs where the institution has little or no experience.

Over time, assuming stability in the country, the private sector has the incentive to reduce its use of TFP guarantees in order to retain more revenue. In other words, TFP’s co-financing experience has the effect of introducing the private sector into DMCs where it might never have operated if the program did not exist.

TFP has also been an excellent crisis-response vehicle. It can be implemented quickly and mobilizes the private sector as the primary actor in a crisis. This was illustrated recently following the earthquake in Nepal. And given that shocks are frequent in the DMCs where TFP operates, TFP as a crisis-response mechanism is a good tool for ADB to have.

In most economies, exports are driven by the so-called “export superstars”, or a few large multinationals that produce the bulk of their countries’ exports. Large firms have the global networks, capital and economies of scale to enter world markets and drive down costs. Because exporting has fixed costs, which are proportionally higher for small firms, this contributes to their low export propensity.

Yet SMEs (small and medium enterprises) are largely accepted to be the largest source of employment in most economies. Plugging into export markets can enable them to grow their employment and production capacities.

By freeing up trade finance to support SMEs, guarantee programs can directly contribute to SME growth. More than 80 percent of TFP transactions finance SMEs. This promotes SME exports in markets where their rejection rates are highest. The 2014 Trade Finance Survey showed that about 50 percent of SME applications for trade finance were rejected versus only 7 percent for multinational companies. In addition, more than 70 percent of responding banks suggested that SMEs were most adversely affected by “de-risking”.

Conclusion: greasing the wheels of growth

As world trade slows down, there are increasing questions about the role MDBs should play in trade finance. However, the view that there is no role takes an overly aggregated view.

Aggregate data for Asia and the Pacific, for example, shows a region that is driven by trade, integrated with global value chains. But this aggregate view obscures the wide variations among sub-regions.

While it is true that our region includes countries that are global trading powers, there are also landlocked states and small island countries where trade is not easy. There are high-risk markets and fragile states where it is extremely costly for banks to operate. There are some relatively new states that have only rudimentary domestic banking systems. It is in these countries that MDBs need to focus their efforts to close trade-finance market gaps, which will support more growth and job creation.

ABOUT THE AUTHOR
Alisa DiCaprio is a Regional Cooperation Specialist at the Asian Development Bank. She is the focal point for Aid for Trade. Her research focuses on trade finance, and trade mainstreaming in landlocked economies, small states and fragile states. Prior to joining ADB, Dr. DiCaprio was a Research Fellow at United Nations University’s World Institute for Development Economics Research in Helsinki, Finland and a Post-doctoral Fellow at New York University. Her PhD is from MIT. She also has a BA and MA from Johns Hopkins University. In addition to her academic work, she has worked in the public and private sector supporting U.S. trade policy, organizing unions in the healthcare sector and researching emerging market opportunities for U.S. exporters.
ABOUT THE AUTHOR
Steven Beck is head of trade finance at Asian Development Bank (ADB). In the eight years Steven has been with ADB he managed exponential growth of ADB’s Trade Finance Program and implemented its first supply chain finance business.

In 2013, Steven led an ADB study that, first the first time, quantified trade finance market gaps and their impact on economic growth and jobs.

He subsequently spent over six years with Canadian Imperial Bank of Commerce (CIBC) where he was Senior Manager, originating and structuring a wide variety of short and medium term international transactions largely focused on Latin America.

Steven left CIBC to help design and implement the start-up of a new multilateral development bank, Black Sea Trade & Development Bank (BSTDB), where he focused on Turkey, Russia and former Soviet Union countries. Following four years at BSTDB, he had various assignments as a senior consultant, including with USAID working in southern Africa and a start-up financial institution in Armenia.

Steven is on the Advisory Board of the International Chamber of Commerce (ICC) Banking Commission. He is a member of the World Trade Organization (WTO) Working Group for Trade Finance.

Steven has an M.A. from The Fletcher School, Tufts University, MA, USA and a B.A from Queen’s University, Kingston, Ontario, Canada.

How Should Financial Markets Be Regulated?