Top Posts
Challenges Remain, But There Are Opportunities to Be Had in...
Interview with Mr. Olukayode Pitan, Chief Executive Officer and Managing...
Commodities Outlook for 2023
The Value of Cash in a Time of Crisis: How...
The US-Africa Leaders Summit: Fostering a Closer Relationship with the...
Three Key Sectors in Which to Invest in 2023
Home Finance Is the United States Headed Toward a Recession?
Finance

Is the United States Headed Toward a Recession? 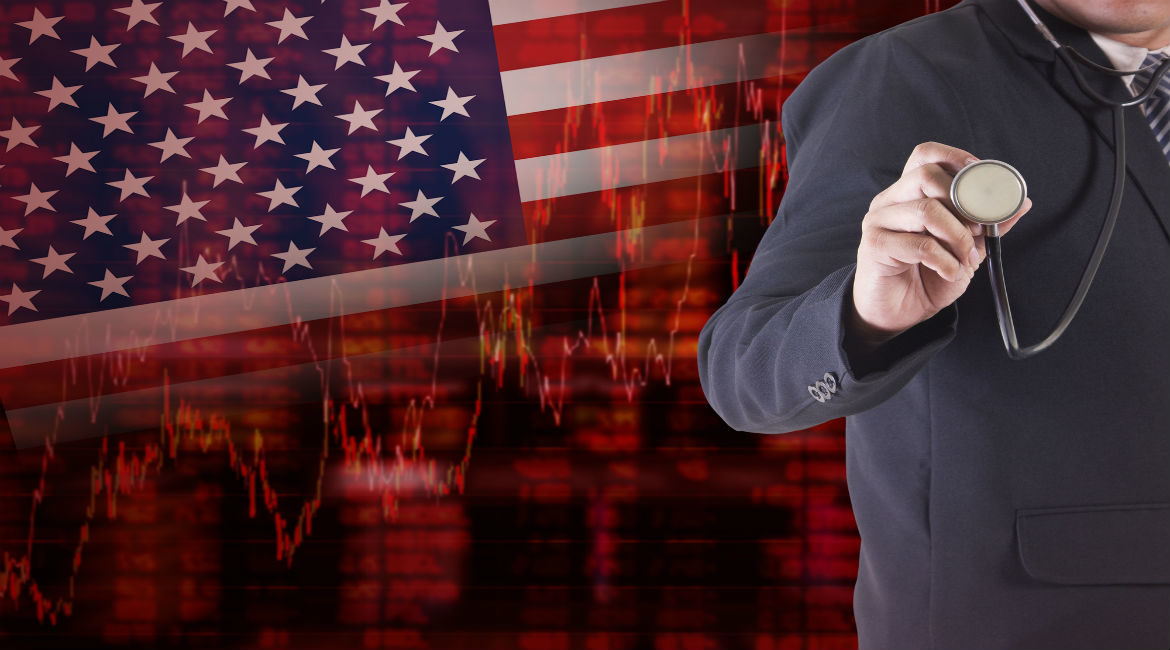 The annual gross domestic product (GDP) growth of the United States was recently recorded at 3.2 percent for the first quarter of 2019, indicating that the world’s biggest economy continues to expand at a healthy rate. Indeed, should positive growth remain uninterrupted for the next few months, this current period of economic expansion will be the longest on record. 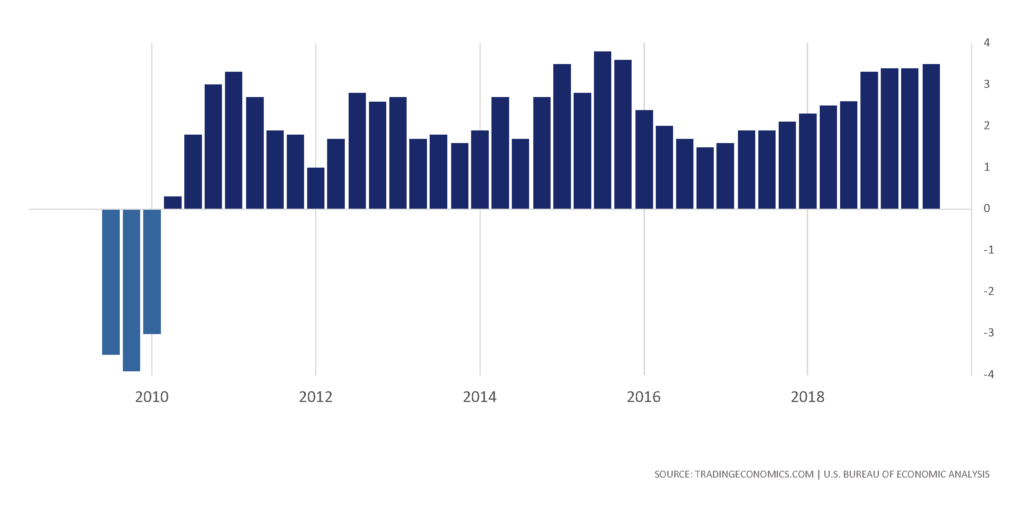 Nevertheless, recent months have seen their fair share of gloomy forecasts being posted, many of which have predicted an outright recession on the horizon. A February Gallup poll, for example, found that 39 percent of US adults believed that the economy was slowing down, while a further 17 percent believed it was already in a recession or depression. And Reuters’ polls of economists in March and April revealed a 25-percent probability of a recession hitting during the next 12 months—the highest figure recorded since 2014.

Further evidence of heightened recession fears has also been found in the more cautious approach being taken by insurers. A recent survey of top investment and finance professionals from the insurance industry found that an economic contraction, either next year or in 2021, is now a major concern. The survey, which was carried out by Goldman Sachs Asset Management (GSAM), found that of the 307 executive participants, 35 percent identified a recession in the world’s biggest economy as being their main worry, much higher than the 24 percent recorded the previous year. And of those respondents, 82 percent expect that recession to transpire in 2020 or 2021, although only 2 percent believe it will happen this year. According to Michael Siegel, GSAM’s global head of insurance asset management, insurers are predicting that a US recession is coming, but just not this year. “As a result, they are continuing to commit capital but are more selective in the risks they are taking.”

Insurance is not the only industry that has expressed caution due to recessionary worries in recent times, moreover. Online lenders have taken a similar position. The possibility of a recession is “very top of mind for us,” LendingClub CEO Scott Sanborn recently told Reuters. “It’s not a question of ‘if’, it’s ‘when’, and it’s not five years away.” Sanborn is just one of several online lending executives who anticipate deteriorating economic conditions ahead. Kathryn Petralia, president of the small-business lender Kabbage, meanwhile, acknowledged that her company has been “waiting for the next recession to happen for the past five years” and that “more people feel confident that it’s imminent”.

Such bearish sentiment will no doubt have been strengthened by recent activity in the bond market. On March 22, fears of a recession were inflamed when the yield on the 10-year US Treasury note briefly fell below that of the three-month bill. This situation, known commonly as an inverted yield curve, has invariably indicated a coming recession in the past, as it suggests that investors are expecting that lower interest rates will be required in the future compared with the present. On this occasion, the yield curve became inverted for the first time since 2007:

Indeed, an inverted yield curve has emerged prior to each of the last seven recessions. And although on this occasion, it has bounced marginally from negative territory since March, it remains dangerously close to returning.

But not everyone is convinced that negative growth looms for the United States. Far from it. JPMorgan Chase economists, for example, have significantly reduced their projections of a recession emerging within 12 months, from 65 percent at the end of 2018 to just 15 percent four months later. While the start of the year saw business confidence taking a hit, as well as weak consumer sentiment and a tepid housing market amid a painful government shutdown, the outlook seems to have become more upbeat as the year has progressed.

One of the biggest reasons for the increasingly positive sentiment in some quarters is the decidedly more dovish stance that the Federal Reserve took in January, when it made clear it does not expect to raise interest rates for the remainder of 2019 despite previously projecting two hikes during the year. Although this was initially decided on the basis of slower economic growth than expected, the recent increase in the GDP growth rate for the first quarter does not seem to have swayed the Fed into raising rates. With inflation continuing to come in well below its target of 2 percent, the US central bank appears to have a more pressing challenge of building upwards momentum in prices and wages.

The head of the Federal Reserve Bank of Chicago, Charles Evans, remarked that there is “the distinct risk that inflation expectations are too low” and that it will be “slow to recover to levels that are consistent with our symmetric 2-percent goal”. This view is also supported by Bank of America, with Ethan Harris, its head of global economics research, recently suggesting that the Fed will hold rates indefinitely. “It’s got nothing to do with growth data—the growth data look fine—the economy is coming back to trend. In fact, if anything, the data are slightly better than expected right now, so it’s all about inflation.”

As such, many don’t see a US recession materialising imminently. Wells Fargo economist Sam Bullard, for example, sees GDP growth slowing over the next 18 months “as fiscal stimulus tailwinds fade and previous tighter monetary policy actions take hold” but also acknowledges that event risk is high and “has the potential to provide the catalyst for the next downturn”. Such risk would seemingly include the continued escalation of the trade war between the US and China. A further increase in tariffs could have a substantial dampening effect not only on both respective economies but also on the global economy. Indeed, business confidence remains underwhelming, in no small part due to the ongoing uncertainty regarding US-China trade relations.

But for the time being, it’s difficult to look past the strong GDP growth and the lowest unemployment levels since 1969 and conclude that the economy is currently in anything other than a robust position. And although this current hot streak of growth will come to an end at some point, whether it does so in the near future remains to be seen.

Achieving Diversity and Inclusion in the Banking Sector: a Work in Progress

The Case of the Disappearing Bank