Top Posts
How Gamification is Catapulting Digital Banking to the Next Level
Challenges Remain, But There Are Opportunities to Be Had in...
Interview with Mr. Olukayode Pitan, Chief Executive Officer and Managing...
Commodities Outlook for 2023
The Value of Cash in a Time of Crisis: How...
The US-Africa Leaders Summit: Fostering a Closer Relationship with the...
Home Finance Is Yemen on the Brink of Economic Collapse?
Finance

Is Yemen on the Brink of Economic Collapse? 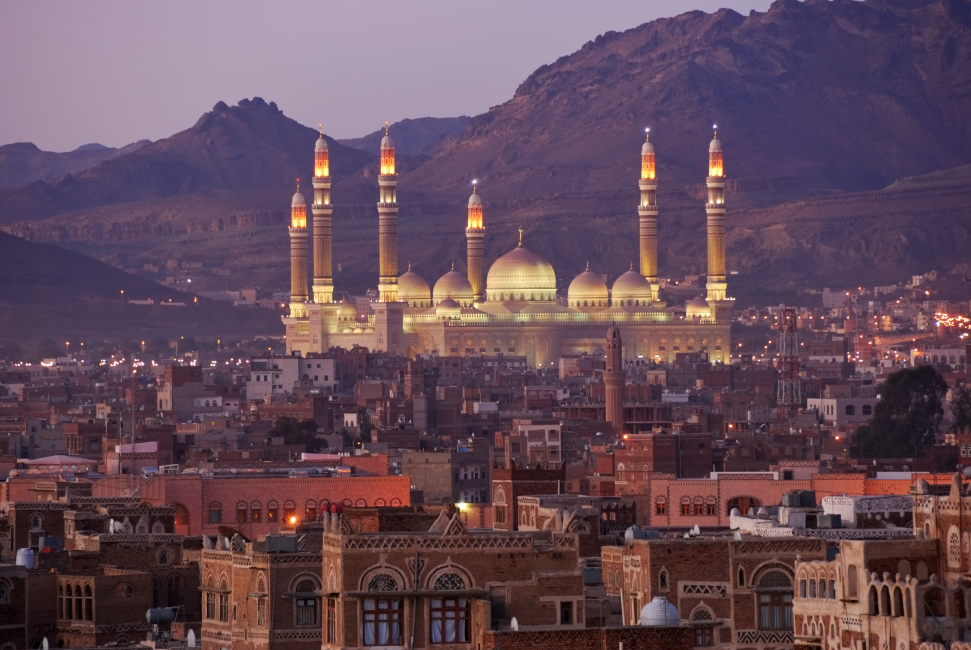 In mid-July, Yemen’s riyal crashed to 1,000 against the US dollar in the government-controlled southern capital of Aden, the worst exchange rate since the impoverished country became the battleground for a long and bloody war beginning in 2014 when Houthi rebels seized the northern capital of Sana’a. It marks yet another low point for the Middle East’s poorest country, which some believe is careening headlong towards economic collapse and widespread famine.

The conflict has dramatically impacted the economic welfare of ordinary Yemenis, who have seen their incomes slashed heavily as more than a quarter of businesses have closed, and unemployment has skyrocketed to an estimated 55 percent of the labour force. With prices of food and other commodities rising and with important sectors of Yemen’s economy, including agriculture and banking, being severely curtailed over the last few years, moreover, millions of people remain impoverished and food insecure, with more than 80 percent of Yemen’s citizens now depending on international aid. And with its most important export sector—oil and gas—producing only a fraction of the output of pre-war levels, Yemen’s exports now easily fall short of covering its food imports, which, according to estimates, represent 90 percent of all food consumed in the country.

“The six-year long conflict has crippled Yemen’s economy, divided the country, and resulted in an acute economic and humanitarian crisis, which has been compounded by the COVID-19 pandemic,” the International Monetary Fund (IMF) concluded following its virtual mission with the Yemeni authorities from May 24 to June 3. “External support has collapsed, foreign exchange reserves are nearly exhausted, and pressures on the budget have increased. COVID has only exacerbated the crisis, primarily through a sharp decline in remittances and lower oil prices and revenues. As a result, the exchange rate has depreciated rapidly and food prices have soared.”

Indeed, the beleaguered country, which is currently ruled by two separate governments—the Revolutionary Committee led by Mohammed al-Houthi in the north and the alliance established in December 2020 with the internationally recognised Hadi government, led by its president Aidarous al-Zubaidi, which initially controlled the south of the country—is experiencing the world’s worst humanitarian crisis, according to the United Nations (UN). The organisation has calculated that some 80 percent of the population need humanitarian assistance, while the United Nations Children’s Fund (UNICEF) has estimated that nearly 2.3 million children in Yemen under the age of five will suffer acute malnutrition this year, 400,000 of whom will be classed as severe acute malnutrition and could die if they do not receive urgent treatment.

The UN’s World Food Programme (WFP), meanwhile, has estimated that more than five million Yemenis are now on the brink of famine, with Tobias Flaemig, the WFP’s head of research, assessment and monitoring in Yemen, reporting that many people are having to survive on just one meal a day. The program has yet to declare a famine, however, because, according to Flaemig, sufficient evidence of food security, malnutrition and mortality has yet to be collected, given the difficulties posed by the ongoing conflict. “The international community must not wait for such a classification in Yemen to act. People do not start dying when a declaration of famine is made. It is only their deaths that trigger a declaration,” Flaemig told international broadcaster Voice of America in late July.

As such, external funding has become imperative. Indeed, the prime minister, Maeen Abdulmalik Saeed, himself has pressed “brotherly nations to provide urgent support so that a complete collapse does not occur after which it (will be) difficult for any intervention to save Yemen’s economy.” The United States seems to have heeded the call, announcing on August 9 that it will boost its aid contribution to Yemen by $165 million, which is aimed at supporting the World Food Programme with badly needed food deliveries. The European Union (EU) has already provided €95 million this year to assist Yemen, while the United Arab Emirates (UAE) committed a further $230 million in February.

With inflation likely to continue spiralling higher in response to exchange-rate depreciation and rising international food and fuel prices, however, the value of external aid diminishes quickly, while Yemen’s balance of payments and reserves are progressively worsening. To stabilize the macroeconomy and underpin a recovery, according to the IMF following its June visit to the country, Yemen needs to mobilize additional resources and accelerate the process of rebuilding institutions. “Securing additional external support would help to close the large financing gap, thereby curbing depreciation and inflation,” the team led by Brett Rayner concluded following the mission. “Raising domestic revenues would support macroeconomic stability by reducing the need for financing from the central bank. It would also allow the authorities to meet urgent social spending needs, including on basic goods, healthcare, and education.”

But without a quick resolution to the conflict, the IMF also warned, Yemen’s near-term economic prospects will remain decidedly dim. The continuation of the global pandemic, alongside the lack of external financing sources, will have a crippling impact on gross domestic product (GDP), which the Fund stated it expects to contract by a further 2 percent in 2021 after declining 8.5 percent in 2020. The Fund also noted that the conflict has weakened and fragmented Yemen’s policy capacity, thus limiting the authorities’ ability to respond effectively to the crisis. With the Houthi rebels still controlling large swathes of Yemen, millions of dollars’ worth of aid has been commandeered since the beginning of the war. Donations are still regularly confiscated instead of reaching those in desperate need of support, while an informal “tax” has also reportedly been levied on humanitarian aid.

A lasting ceasefire is thus required before Yemen can even think of initiating economic-stabilisation measures and moving towards unification. But with evidence suggesting that the Houthis have only been further energised in recent months—they have set up their own central bank in Sana’a and are reportedly aiming to strengthen their monetary and financial independence—the conflict is likely to rage on, especially as a fierce battle over Marib city in the north shows little sign of resolution anytime soon. And with no end in sight to the unrest, Yemen’s economy will remain in a deep crisis.