Top Posts
Challenges Remain, But There Are Opportunities to Be Had in...
Interview with Mr. Olukayode Pitan, Chief Executive Officer and Managing...
Commodities Outlook for 2023
The Value of Cash in a Time of Crisis: How...
The US-Africa Leaders Summit: Fostering a Closer Relationship with the...
Three Key Sectors in Which to Invest in 2023
Home Finance Why Islamic Finance Is Set to Transform the International Gold Market
Finance 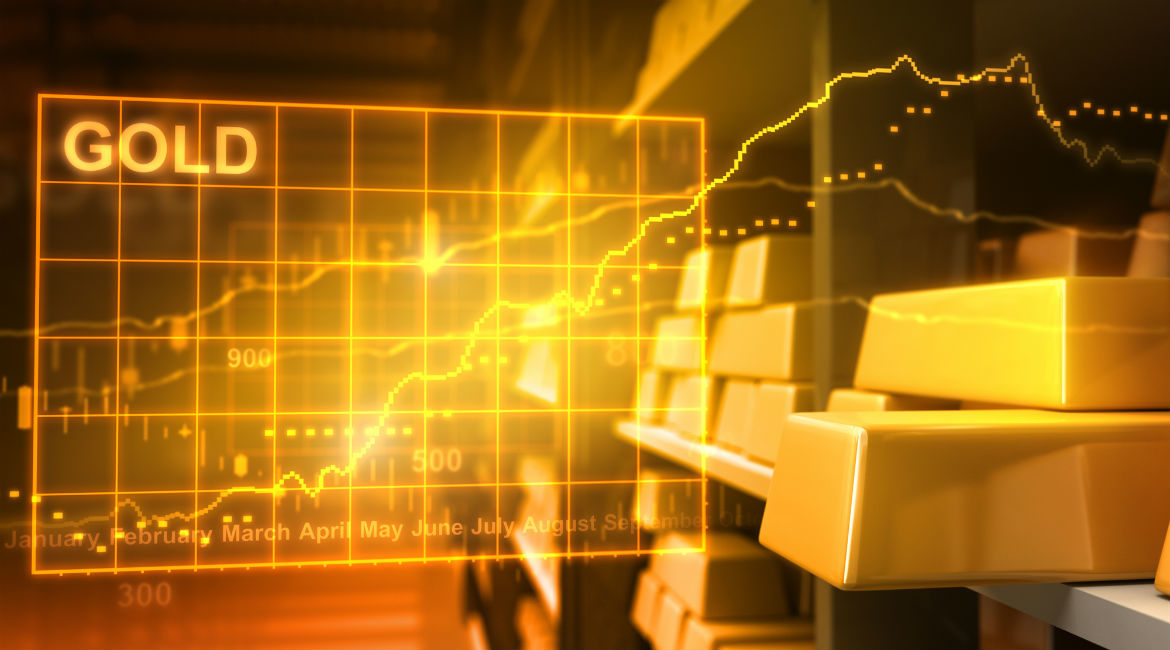 After several years of rather unspectacular market activity, gold came roaring back in 2016. The year saw investment demand for the precious metal rise by 70 percent, while gold-backed exchange-traded funds (ETFs) experienced their second-highest inflow of investor interest on record.

Thanks to unprecedented levels of uncertainty across many financial markets—particularly at the beginning of the year when China’s collapsing stock prices sent shockwaves through equities markets worldwide, and then in June in the aftermath of the United Kingdom’s decision to leave the European Union—investors piled into gold as a safety measure. The yellow metal is generally considered to be a “safe haven” investment—an asset that won’t lose its value when other financial markets are experiencing undue volatility. Given the volatility that markets experienced after Brexit, therefore, investors were only too willing to seek the relative safety of gold, which resulted in holdings of gold-backed ETFs spiking by USD 4.3 billion in the 24 hours following the result of the referendum and represented the biggest one-day rise in four years.

Towards the end of the year, however, an arguably more profound event took place that could comprehensively transform the gold market. On December 5, the Accounting and Auditing Organization for Islamic Financial Institutions (AAOIFI) and the World Gold Council jointly announced the issuance of Shari’ah Standard No. 57 on Gold and its Trading Controls. The standard sets out for the first time the rules and guidelines for Islamic investors to participate in the gold market, explaining which specific gold-based products are permissible under Islamic law.

Up until that point, little (and often confusing) guidance had existed for Islamic investors on whether gold could be purchased and owned as an investment, which meant that investors largely stayed away from the gold market altogether. The metal is considered a rabawi item according to the available Islamic literature on the topic, which means it can be traded only on the basis of its physical properties, such as its weight, rather than on its future value or for any speculative purposes. Until the new standard was issued, therefore, those Muslims interested in gold largely confined themselves to purchasing jewellery and coins.

The new standard, however, completely changes the prospects for the Islamic world and allows its current 110 million investors to buy vaulted gold, gold savings plans, gold certificates and physical gold ETFs. Indeed, by late February, the world’s biggest ETF, the SPDR Gold Trust, which has a net balance in excess of $30 billion, had announced through its marketing agent State Street Global Markets that the fund had been certified by Amanie Advisors, a leading Shari’ah advisory firm, to be fully compliant to the new Shari’ah standard. According to Shari’ah scholar Mohammad Daud Bakar, moreover, the standard may also open new gold demand to central banks.

As such, 25 percent of the world’s population now has significantly greater access to the most liquid products available on the gold market. Indeed, the most significant implication of this new development for the gold market is that the Islamic finance industry is valued at a hefty $2 trillion. Standard & Poor’s projects that this figure could rise to $5 trillion by 2020, while the Islamic Financial Services Board expects the 2020 figure to be $6.5 trillion. Although at present the overwhelming majority of holdings are currently invested in Islamic bonds, equities and real estate investment trusts (REITs), the new standard is now expected to open up a massive new source of demand for gold-related products. According to data from the World Gold Council, the most popular Islamic assets have all underperformed when compared to gold, as have the major currencies that are traded in that region of the world. This suggests that Islamic investors will be looking to shift a substantial proportion of their assets into gold products in the hope of more lucrative returns.

Given that this new block of investors can now be unleashed on the gold market, if even a mere 1 percent of the overall value of Islamic investment is allocated to the yellow metal, it would be equivalent to approximately USD 65 billion or 1,700 tonnes of new global demand, nearly double China’s estimated total demand for gold in 2015. Furthermore, given that the global gold demand-supply balance indicates the existence of a small market surplus of less than 200 tonnes at present, the introduction of Islamic investors could dramatically tighten the market, resulting in a hugely bullish outcome for gold prices during the coming years.

Going forward, therefore, investment firms are likely to ensure that their products and services are increasingly accommodative of Islamic investment rules. Given that the new Shari’ah standard also applies to silver products, Canadian wealth-management company Bullion Management Group launched a silver fund, which the company’s founder and chief executive, Nick Barisheff, expects will comply with the new AAOIFI guidance. Malaysia’s HelloGold became the first Shari’ah-compliant online gold platform, allowing investors to access gold through a mobile app; while the Singapore Exchange (SGX) also announced in December that its gold futures contracts are certified as Shari’ah-compliant. Although the contracts do not have much market liquidity at present, SGX hopes it can target Islamic investors in order to rejuvenate interest.

Islamic countries themselves are also now likely to begin offering gold products to investors. Wealth-management companies in countries with more developed financial markets, such as Malaysia, Saudi Arabia and the United Arab Emirates, could start to introduce gold-backed ETFs, similar in structure to the SPDR Gold Trust. The new standard may also enable Islamic financial institutions to grow their businesses through the creation of products designed for saving, hedging and portfolio diversification. Although more gold-investment products are expected to be deemed as permissible in the future, derivative contracts such as futures and forwards remain prohibited. Nevertheless, the exposure of what is effectively a new asset class to the Islamic world is bound to have a significant impact on world gold prices going forward.

Is the Traditional Bank Branch on the Way Out?