Top Posts
Enabling the Drive Toward Green Finance with Technology
Why Have Tin Prices Struggled in 2022?
The Devil We Thought We Knew
How China Has Managed to Avoid the Inflation Bug
Are Your Bank’s Digital Marketing Metrics Meaningful?
Identifying Beneficial Ownership: A Regulatory Conundrum
Home Finance Libya’s Promise of Peace Brings New Hope for Business
Finance 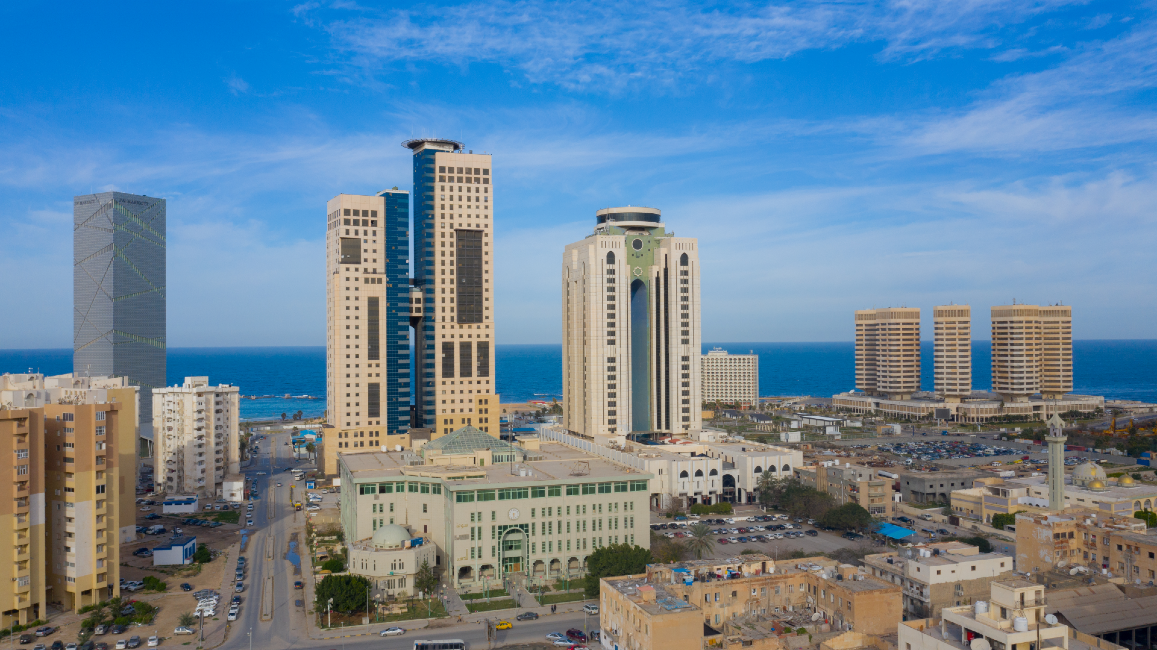 A country that has undergone immeasurable hardships in recent years, Libya’s fortunes are at last showing signs of changing. A decade after the fall of the Gaddafi regime, Salim Abukhzaam, Head of Libya at British Arab Commercial Bank (BACB), examines how the country’s operational landscape has evolved since the uprising of 2011, and the outlook for financial institutions and corporates looking for opportunities as the peace process continues apace.

Conflict has beleaguered Libya intermittently since 2011; a pivotal juncture at which a previously tightly-governed Libya was plunged into instability and turmoil exacerbated by power vacuums and factionism.

The business environment in the country had long been a closed and complex one, with myriad barriers to both domestic and international commercial activity. Indeed, though prosperity more generally had improved under Gaddafi – albeit concentrated in western Libya – this was also accompanied by controversial domestic and foreign policy moves that isolated the country from the global economy, as well as stifled the private sector.

This was clearly reflected in the state of Libya’s banking sector. Most financial institutions in Libya in 2011 were state-owned, with the exception of just two entities – the Bank of Commerce and Development, established in 1994, and Aman Bank, in 2002.

During the latter part of Gaddafi’s reign, Libya all but closed its doors to foreign direct investment (FDI), despite the country’s inherent attractiveness to investors with its abundance of oil and gas resources. Though largely by design, Libya’s perceived lack of transparency, as well as a series of seemingly antagonistic political allegiances, had also made other countries more reticent to engage.

This was meant to change following the overthrow of the Gaddafi regime, however the subsequent instability stymied progress towards the operational improvements that foreign entities had anticipated. That said, the change in regime marked the beginning of a gradual liberalisation across private sector activity, which has since gathered momentum. The banking sector, for instance, has grown to around 15-20 private banks in the country, and new entities are emerging with increasing frequency.

Few countries have been immune to the economic and social damages wreaked by the Covid-19 pandemic. But for Libya, conflict and the crisis – combined with the untimely crash in oil prices at the beginning of 2020 – conspired against the already-fragile political and social situation. As Tripoli fell to siege, and oil exports halted, financial institutions in the country, that had already been struggling to cope with the operational barriers that the political chaos had incurred, feared economic collapse due to rising debts and a liquidity deficit in the banking system.

A new sense of optimism

Fast-forward to today, however, and the picture is looking far rosier. In February, a UN-led dialogue appointed Abdul Hamid Dbeibah as interim Prime Minister to restore sovereignty in Libya ahead of the elections in December – a positive step towards cementing peace within the country. Certainly, political stability would be a boon for foreign entities seeking to do business with Libya – many of which had withdrawn in 2011 due to the deteriorating security situation. Indeed, Pakistan and Turkey have already voiced interest in engaging commercially with Libya, anticipating the opportunities arising from the rapidly improving political situation.

Augmenting this sense of optimism are some other recent economic decisions – all paving the way for Libya to reconnect with the global markets, as well as stabilise its domestic economy. At the beginning of February, the Central Bank of Libya (CBL) allocated a no-interest loan to Libyan commercial banks to alleviate the pressure on the banking system and reduce the backlog in uncleared checks. Shortly after this decision, parties from both sides of the country also came together to agree a unified budget for the first time since 2014.

Historically, eastern and western Libya had been bitterly divided by mismanagement and unequal allocation of oil revenues. Though the majority of the country’s natural resources lay in the east, revenues were weighted towards the west, leaving many entities domiciled in the east with less access to finance. The unified budget marks a positive change in this regard and, combined with the strengthening in CBL’s governance and renewed engagement with regulators, could signal increasingly stable economic conditions to come – in particular, in terms of moving towards more equitable management of Libya’s oil resources throughout the country.

No doubt, the private sector will continue to expand in light of recent developments. With respect to banking, a further shift away from state-owned banks to private banks is anticipated, as is increased activity in the mergers and acquisitions space as the market develops. And the boost in business will likely be across all sectors – with many opportunities on the horizon as Libya enters a new era of stability.

And positive change is not limited to domestic activity. From January, a new fixed exchange rate was introduced for Libya’s dinar, reducing currency risk for entities seeking to trade with, or invest in, Libya. Liquidity shortages were also eased by the official rate being brought down towards the black-market rates.

Historically, instability in the exchange rate was another limiting factor in terms of international trade, in particular. Currency stability therefore marks a huge step forward towards driving trade growth, which will ultimately translate into greater prosperity and economic resilience for the country.

Now with satisfactory liquidity and improving cash flow, the post-Covid and post-conflict landscape in Libya is looking brighter. With the economy heavily weighted towards oil revenues, trade will, of course, be critical to Libya’s ongoing recovery. While access to finance in the country is still limited, in particular from international providers, this should improve as Libya opens its doors and encourages foreign participation.

Positioning for the future

In the meantime, those few specialist banks that continued to offer their services throughout Libya’s troubles, and remain comfortable operating in the country, will continue to be key to Libya’s recovery. BACB, for one – as one of the few UK lenders to corporates in the Libyan oil sector – has remained a crucial link to the global markets for the past 40 years, and will continue to stand by Libya’s side as the country rebuilds and repairs.

A complex environment, but one that offers ample potential, Libyan business will no doubt be in high demand as the country’s commercial barriers are systematically addressed. The value of on-the-ground resources and trusted relationships should not be underestimated as a means of overcoming local market complexities and mitigating risk. Outsourcing this expertise to specialists that understand the risks and reward of Libya’s unique market, can allow foreign entities to harness the opportunities ahead.

What Does a Biden Administration Mean for US-China Relations?