Top Posts
Designing the Next-Generation Banking Treasury Management
Is the US Finally Warming to the Possibility of Creating...
Enabling the Drive Toward Green Finance with Technology
Why Have Tin Prices Struggled in 2022?
The Devil We Thought We Knew
How China Has Managed to Avoid the Inflation Bug
Home Finance Locking Down, or Keeping the Economy Open? A Comparison of Two COVID-19 Strategies
Finance 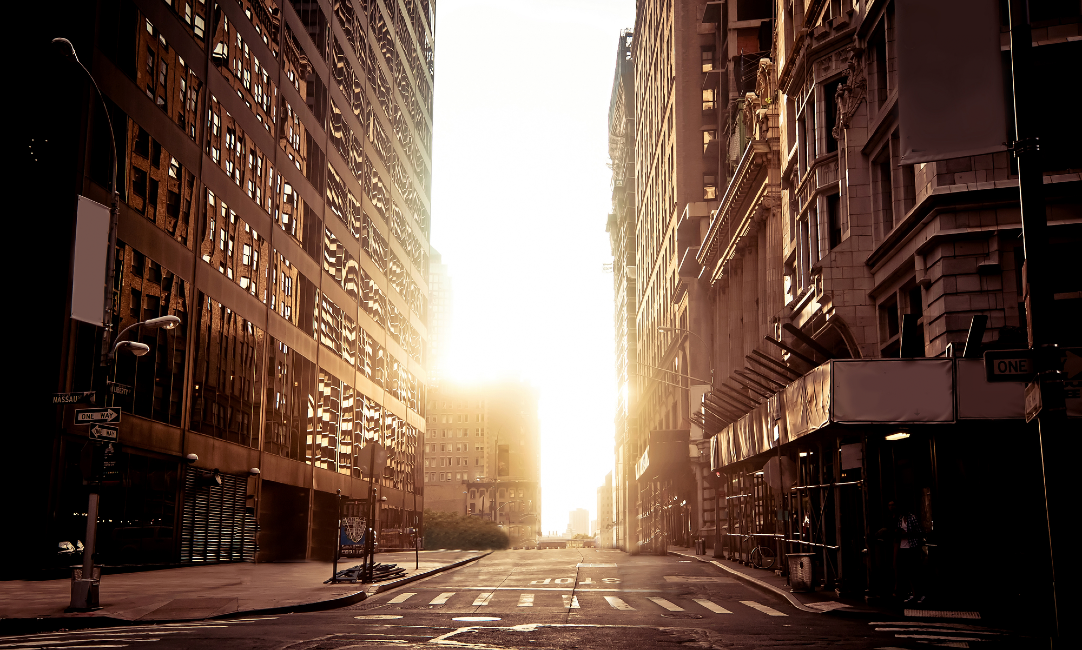 “Why don’t we let this wash over the country?” US President Donald Trump reportedly asked the country’s director of the National Institute of Allergy and Infectious Diseases, Dr. Anthony Fauci, back in April. “Mr. President,” Fauci allegedly responded, “many people would die.” It has been perhaps the fiercest debate on the world stage since the coronavirus pandemic began: Should we remain under strict lockdowns to save lives while the coronavirus continues to kill thousands daily in the absence of a vaccine, or should we lift restrictions and reopen the economy to save people’s livelihoods? And yet, as the year draws to a close, both sides of this debate remain resolute in their defence of their respective positions.

As the coronavirus remains undefeated across much of the world, many question the true value of lockdowns—from both economic and mortality perspectives—as the prevailing strategy to contain the virus’s impact. Research from the International Monetary Fund (IMF), for instance, shows that while government lockdowns have been successful in lowering infections considerably, they have also been significant contributors to the global recession. But had lockdowns not been implemented, would we be in a better position now with respect to economic growth? And if so, how many extra lives would have been sacrificed to achieve that growth, and is that number morally defensible?

At this stage, the answers to such questions are not easy to verify. For Trump, who has been at the helm of one of the world’s most disastrous COVID-19 responses, getting the economy back up and running as soon as possible has clearly been a priority. In late March, for example, he warned of not letting “the cure be worse than the problem itself” and hoped to reopen the US economy by Easter. Since then, he has repeatedly downplayed the impact of the virus, partly with an eye on resuming business without delay. His position on the issue has, nonetheless, been given moderate support. U.S. Representative Trey Hollingsworth, for example, has said that the deaths resulting from the virus are the “lesser of two evils” compared with the economic damage and harm caused to everyday life. Texas Lieutenant Governor Dan Patrick, meanwhile, has stated that lockdowns are “crushing the economy” and that there are “more important things than living”.

As far as the anti-lockdown position is concerned, many are pointing to Sweden as having adopted the ideal model. Unlike much of the rest of the world, Sweden did not go into a lockdown; instead, it allowed business to continue with shops, cafes, restaurants and bars as well as schools and offices staying open. Many would describe Sweden’s strategy as “herd immunity”, which allows for the bulk of the population to be exposed to the virus to become immune, ultimately to prevent it from wreaking further damage. It would thus require identifying those who contract the virus and focusing on giving them the best possible care but means that the economy does not have to be significantly restricted in the meantime.

Given the sizeable economic damage already inflicted by the virus, the option of herd immunity as a way to get the economy back on track might well seem tempting. But as is often the case with COVID-19 at present, the sheer number of “unknowns” related to such a strategy makes it a decidedly risky prospect. Exposing an entire nation to the virus is likely to come with immense human costs in terms of the number of illnesses and deaths, considering the ease with which the virus is able to infect large numbers of people. The pressure put on public-health facilities must also be taken into account. Not surprisingly, there are fervent detractors of such a strategy. “This is simply wrong,” Marc Lipsitch, an epidemiologist at the Harvard T.H. Chan School of Public Health, tweeted in September. “Herd immunity is not a strategy or a solution. It is surrender to a preventable virus.”

Has Sweden achieved its aims? Far from it. For a start, its death rate is significantly worse than that of its Nordic neighbours. Denmark’s deaths-per-capita rate is nearly five times lower, while the rate is almost 10 times lower in both Finland and Norway. Indeed, a study published on October 12 in the Journal of the American Medical Association found that Sweden has been among the least effective in containing the virus. Of the countries included in the research, only Sweden and the United States fell into the category of having both high initial mortality rates and having failed to bring those numbers down since then. It is also worth noting that at 10 million people, Sweden’s population is on the smaller side. Adopting herd immunity in much bigger countries such as the US would mean potentially allowing hundreds of millions of people to contract the illness and many of those to die.

Of course, one would expect a higher mortality rate when the objective is to keep business open and minimise the impact on the economy. But even on the economic front, Sweden has not performed well. Its gross domestic product (GDP) shrank by 8.3 percent in the three months to June 2020, compared with contractions of 5.1 percent for Norway, 4.5 percent for Finland and 6.8 percent for Denmark. As Gabriel Scally, a professor of public health at the University of Bristol, asserted in September, there is simply too much praise being given to the Swedish model. “We believe it is ineffective. Sweden has had an enormous amount of deaths per head of population, 5,880 deaths representing 581 deaths per million population. Compared with its neighbours it has been unsuccessful in preventing deaths—Finland, for example, has had 343 deaths, which equals 62 deaths per million population.” Scally also took the opportunity to dispel the myth that Sweden had not imposed any restrictions to curb the spread of COVID-19. “There is little to suggest that Sweden’s strategy is better than its Nordic neighbours (particularly Norway and Finland), and a lot to suggest that it is worse, with a much larger burden of disease over spring and summer.”

So, what is the best way forward? According to Catherine Hill, a noted French epidemiologist, focusing primarily on the health crisis will ultimately get the economy back on the road to recovery as soon as possible. “We need to stop thinking that there is an opposition between economy and public health,” Hill told CNN. “If we solve the coronavirus crisis, then we solve the economic crisis. In China, they controlled the epidemic, and the economy returned. The aim is simple: To get rid of the virus, so that life gets back on track.”

Support for such a position can be found by looking at situations in the past, the most similar being the 1918 Flu Pandemic—known commonly as the Spanish Flu—that killed an estimated 40 million people worldwide, or 2.1 percent of the world’s population at the time. A June 2020 paper authored by Professor Emil Verner of the MIT Sloan School of Management and Drs. Sergio Correia and Stephan Luck of the Federal Reserve used the 1918 Flu Pandemic to examine whether non-pharmaceutical interventions (NPIs) aimed at reducing mortality during a pandemic necessarily have adverse economic effects. The paper found that such NPIs are associated with better economic outcomes. By studying states and cities with varying levels of intervention, the authors concluded that those that intervened earlier and more strongly both limited the number of deaths and enjoyed faster economic growth in the long run. “Our findings indicate that NPIs can reduce disease transmission without necessarily further depressing economic activity.”

And according to Robert J. Barro, co-author of the April 2020 paper “The Coronavirus and the Great Influenza Pandemic: Lessons from the ‘Spanish Flu’ for the Coronavirus’s Potential Effects on Mortality and Economic Activity”, government directives such as social distancing and quarantines were crucial in lowering death rates during the Spanish Flu but that conditions worsened as such restrictions were relaxed. As such, Barro asserted that a similar situation could transpire once more during the current situation “with a temptation to ease too fast”.

Similarly, the International Monetary Fund (IMF) acknowledged that the global recession has been largely driven by people “voluntarily refraining from social interactions as they feared contracting the virus”, and, as such, lifting lockdowns is “unlikely to lead to a decisive and sustained economic boost if infections are still elevated” as voluntary social distancing will likely persist. “The number one priority is getting control of the virus,” Andrew Goodwin, chief UK economist at advisory firm Oxford Economics, told CNN. “And the quickest, [most] aggressive way you can do that is the best thing for the economy. The worst thing is to have this bubbling for a long time, that’s the most dangerous thing,” he said. “Ultimately the longer this goes on, the worse it is for the economy and for public finances.”

Some also believe that greater international cooperation between countries can help to soften the economic blow caused by lockdowns. Indeed, the IMF’s managing director, Kristalina Georgieva, recently supported such cooperation, particularly for developing coronavirus vaccines, which she believes could be a major boon to the global economy. “If we make fast progress everywhere, we could speed up the recovery. And we can add almost $9 trillion to global income by 2025, and that, in turn, could help narrow the income gap between richer and poorer nations,” Georgieva said. “We need strong international cooperation, and this is most urgent today for vaccine development and distribution.”