Top Posts
Challenges Remain, But There Are Opportunities to Be Had in...
Interview with Mr. Olukayode Pitan, Chief Executive Officer and Managing...
Commodities Outlook for 2023
The Value of Cash in a Time of Crisis: How...
The US-Africa Leaders Summit: Fostering a Closer Relationship with the...
Three Key Sectors in Which to Invest in 2023
Home Finance Low Interest Rates Don’t Mean Easy Money
Finance 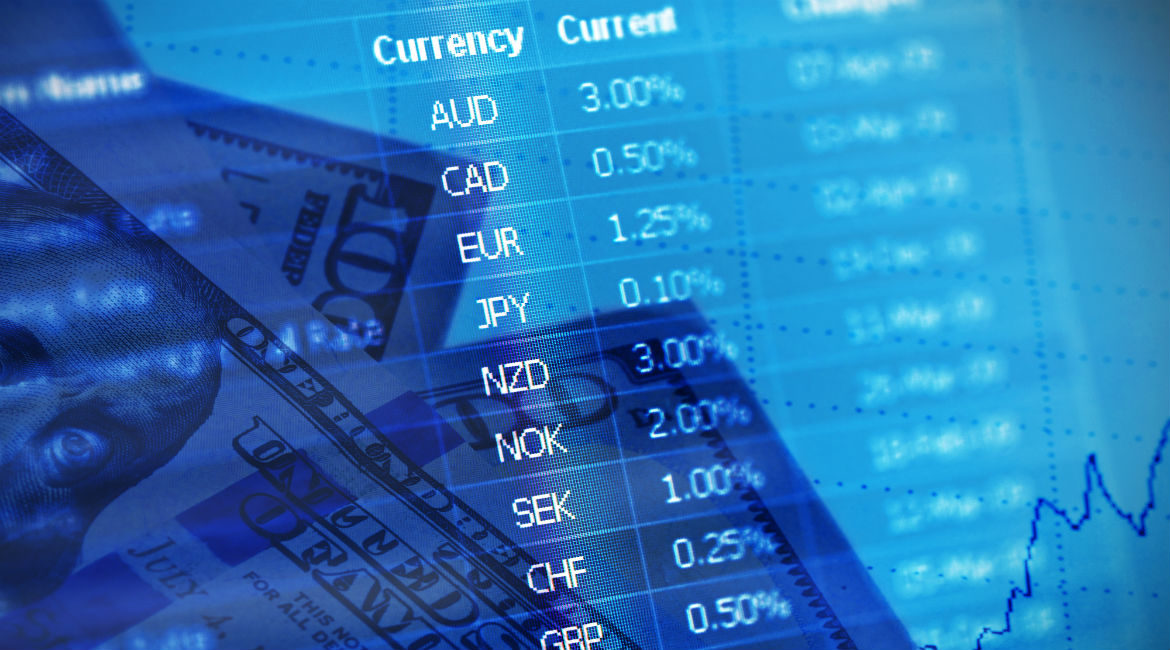 By Scott B. Sumner, Director of the Program on Monetary Policy at the Mercatus Center at George Mason University, a Research Fellow at the Independent Institute, and an economist who teaches at Bentley University in Waltham, Massachusetts

The financial crisis of 2008 and the Great Recession led to a dramatic reappraisal of monetary policy. Since the end of 2008, the consensus among pundits has been that near-zero interest rates and “quantitative easing” (QE) represent a highly expansionary monetary policy. In addition, this policy is widely viewed as having been relatively ineffective at boosting aggregate demand.

Here I will make two arguments. First, that this view of monetary policy is radically different from the pre-2008 views of many top macroeconomists. Second, that the pre-2008 consensus view is much more accurate than the prevailing view that has emerged in the wake of the Great Recession.

For several decades, I taught monetary economics using the number-one monetary textbook in America. Its author is Frederic Mishkin, a highly respected economist who has served on the Federal Reserve Board. Toward the end of the book, Mishkin summarized three key points that he thought it was essential for students to know:

The first and third points are in direct contrast to the prevailing view of 2009—the view that low interest rates represented an easy money policy and that the Fed was pretty much “out of ammunition” once interest rates fell to zero. The second point is particularly interesting, as virtually all “other asset prices” (that is, other than short-term, risk-free government debt) indicated that monetary policy was highly contractionary during the second half of 2008.

For instance, the real interest rate on ten-year TIPS (Treasury Inflation-Protected Securities) rose from less than 1 percent in July 2008 to more than 4 percent by the end of November 2008. The value of the dollar in the foreign-exchange market soared by about 15 percent between July and December 2008. The prices of stocks and commodities fell very sharply, as of course did the price of residential properties. Even the price of commercial property, which held up well during the initial phases of the subprime debacle, started falling in late 2008.  All were signs of tight money.

Two days after Lehman Brothers failed, the FOMC (Federal Open Market Committee) met to decide monetary policy.  They declined to cut interest rates, which were 2 percent at the time, because of a fear of high inflation.  And yet on that very same day, the five-year TIPS spreads showed just 1.23 percent inflation was expected over the next five years, far below the Fed’s 2-percent target.

Mishkin was certainly not the only economist who looked at policy this way. Milton Friedman and Anna Schwartz had famously argued that monetary policy was highly contractionary during the early 1930s, despite very low interest rates and (in 1932) quantitative easing.

Notice the past tense in Friedman’s remarks. He wasn’t saying that low interest rates meant money was tight, rather that it had been tight. A policy of tight money leads to slower growth in output and prices, and this puts downward pressure on interest rates in the medium to long run.

Perhaps the most striking example of pre-2008 monetary economics comes from Ben Bernanke. Here is Bernanke in 2003, explaining why neither interest rates nor money-supply growth are good indicators of the stance of monetary policy: “The imperfect reliability of money growth as an indicator of monetary policy is unfortunate, because we don’t really have anything satisfactory to replace it. As emphasized by Friedman  . . . nominal interest rates are not good indicators of the stance of policy . . ..  The real short-term interest rate . . . is also imperfect . . ..

Ultimately, it appears, one can check to see if an economy has a stable monetary background only by looking at macroeconomic indicators such as nominal GDP growth and inflation.”

What’s especially striking about this claim is that it implies that monetary policy between 2008 and 2013 was the most contractionary since Herbert Hoover was president in the early 1930s. Ironically much of Bernanke’s academic career was focused on research on the Great Depression. He had also written extensively on the situation in Japan, and he recommended that the Bank of Japan take much more aggressive steps to boost aggregate demand and inflation.  And yet, once Bernanke became the Fed’s chair, he was only able to implement a fraction of the recommendations that he had given the Japanese. And while he never stated that the Fed was not able to do more, he did characterize Fed policy as being extraordinarily accommodative, despite the fact that his 2003 criteria for determining the stance of monetary policy implied just the opposite.

One might argue that the profession had good reason to move on from the pre-2008 views of Mishkin, Friedman and Bernanke. After all, haven’t events since 2008 showed those views to be incorrect? One problem with this claim is that we had already seen similar scenarios play out in the United States during the 1930s and in Japan in the late 1990s and early 2000s. So it is not apparent that the Great Recession provides any new information that wasn’t already available to well-informed monetary economists in 2007. In that case, why did so many economists change their views after 2008?

In my view, monetary policy is more subject to “cognitive illusions” than almost any other area of economics. In a sense, monetary economics is a sort of Alice in Wonderland world in which nothing is quite what it seems. To illustrate this, consider a thought experiment in which a central bank engages in a highly contractionary monetary policy. Suppose that this policy leads to a highly depressed economy and very low inflation, if not outright deflation. What then? What would you expect credit markets to look like?

Throughout history, the combination of economic depression and very low inflation almost always leads to near-zero interest rates. That is even true in an economy in which there is no Fed, such as the US prior to 1913.  Falling output leads to a sharp drop in business-credit demand for new investment, and low inflation or deflation reduces interest rates due to the (Irving) Fisher effect (real interest rate equals to the nominal interest rate minus the expected inflation rate). Just the opposite occurs with highly expansionary monetary policies, which lead to high rates of inflation. Whenever and wherever countries experience persistently high rates of inflation, nominal interest rates tend to rise sharply due to the Fisher effect.

Once interest rates fall close to zero, the demand for base money rises sharply. This is because the opportunity cost of holding bank reserves is basically zero, and thus the demand for excess reserves rises sharply. This means you have two stylized facts that look like “easy money” to most people—low rates and QE.  In fact, neither ultra-low interest rates nor a bloated monetary base are foolproof signs of easy money.  Both may well be a reflection of the fact that monetary policy has been expansionary in the past, driving nominal GDP (gross domestic product) growth to extremely low levels.

Because many pundits have misinterpreted what it means to have an expansionary or contractionary monetary policy, they also ended up misdiagnosing the causes and possible cures for the Great Recession. Hardly anyone blamed tight money for the sharp drop in aggregate demand during 2008–09, even though if we take Mishkin’s textbook definition of tight money seriously (or Ben Bernanke’s, for that matter), then the Fed was in fact guilty of using a tight-money policy in 2008 to drive the US into a deep recession.

Similarly, because most pundits wrongly thought that the Fed was “out of ammunition”, very little pressure was put on the Fed to stimulate the economy. Indeed, President Barack Obama didn’t even bother to try to fill several empty seats on the Federal Reserve Board when he took office in 2009. He accepted the prevailing view that the Fed was out of ammunition, despite arguments to the contrary by his CEA chair, Christina Romer.

The Eurozone recently provided one of the best examples of Milton Friedman’s maxim that low interest rates usually indicate that money has been tight. Back in 2011, the leadership of the European Central Bank (ECB) was relatively hawkish. Indeed, ECB officials were critical of Bernanke’s policies, which they viewed as dangerously expansionary. To head off an increase in inflation, the ECB raised interest rates twice during the spring of 2011. This drove the Eurozone into a double-dip recession, while the US continued to recover from the Great Recession.

Under new leadership, the ECB eventually recognized its mistake and began cutting interest rates aggressively. Today, short-term interest rates in the Eurozone are slightly negative. Meanwhile, the US has finally begun to raise interest rates, as our economy is much stronger than the Eurozone economy. Ironically, the Eurozone has ultra-low interest rates precisely because back in 2011 their monetary policy was more contractionary than in the United States.

China’s Banks and the Problem of Bad Debt