Top Posts
Could Big Tech’s Iron Grip on Digital Advertising Soon Come...
Can Recent Oil Discoveries Prove to be a Boon for...
Is It Time to Explore an Alternative to Fractional-Reserve Banking?
Can AgTech Prove Instrumental in Helping to Feed the World’s...
Can the Indo-Pacific Economic Framework Expand US Economic Influence in...
Banks Remain Uniquely Vulnerable to Sophisticated Cyber-Attacks
Home Finance Managing Migration: the Importance of Social Integration (The migrant crisis: from an emergency response to lasting solutions)
Finance

Managing Migration: the Importance of Social Integration (The migrant crisis: from an emergency response to lasting solutions) 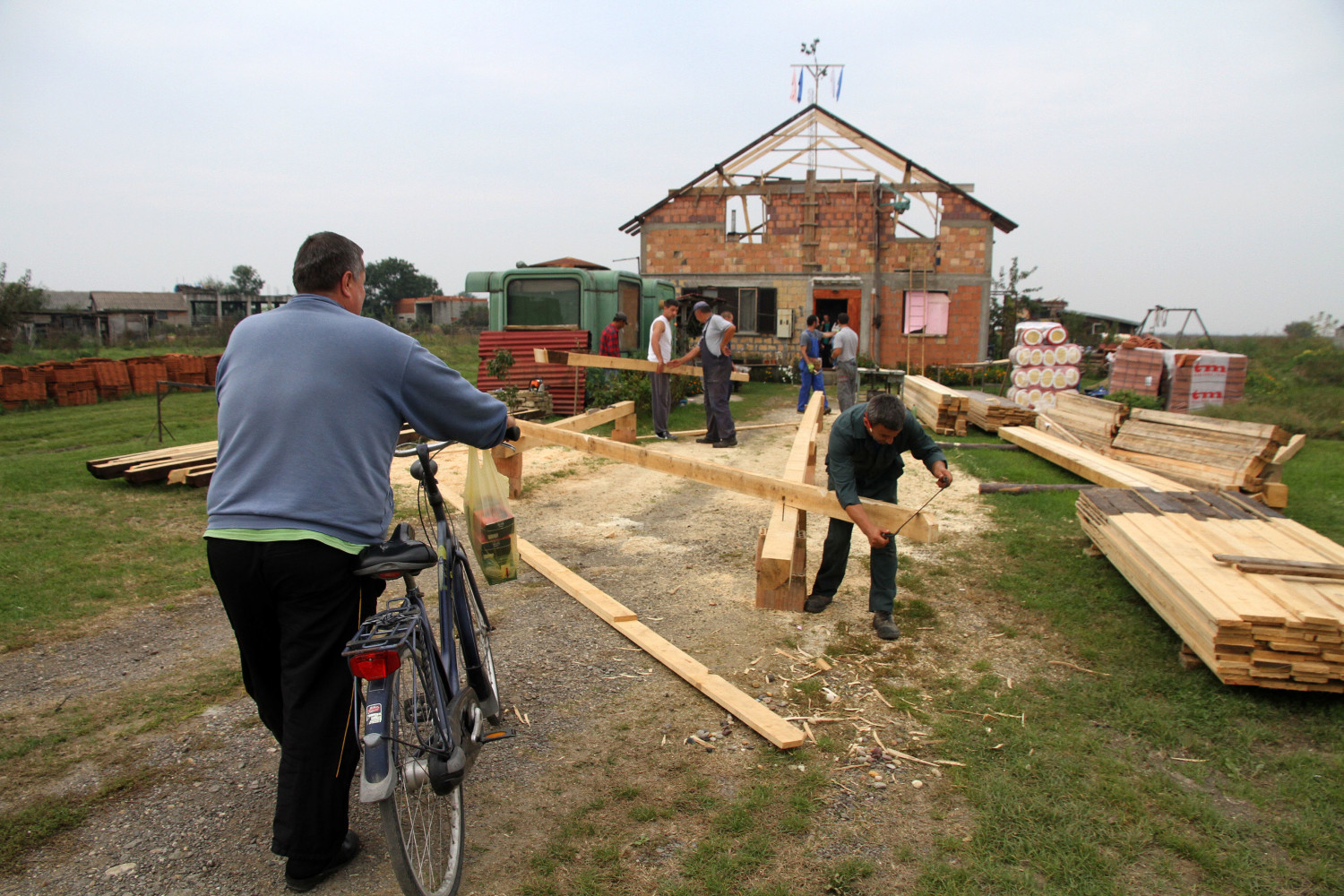 By Rolf Wenzel, Governor of the Council of Europe Development Bank (CEB)

The migrant and refugee crisis is now among the top priorities on European political agendas, and with good reason. The tragic stories of individuals and entire families emerging in the media over the past few months have sensitised the public opinion and mobilised decision-makers.

While Europe is taking action to handle the situation, it is important to bear in mind that the issue at hand is more than just a passing problem in need of a quick fix. Beyond our immediate response to the current crisis, there is one important aspect of migration that requires sustainable, long-lasting solutions: the social integration of migrants.

Decisive action and concrete initiatives are needed if the issue is going to be comprehensively dealt with in the medium and long run. The Council of Europe Development Bank (CEB), as the only European development bank with a social mandate, has been taking solid steps in this area.

Set up in 1956, the CEB has 41 member states. As a major instrument of social cohesion and solidarity in Europe, the bank finances social projects by making available resources raised in favourable conditions, thanks to its excellent credit rating (Aa1/AA+ with Moody’s, Standard & Poor’s, and Fitch Ratings, outlook stable). It thus grants loans to its member states and to financial institutions and local authorities in its member states for the financing of projects in the social sector, in accordance with its Articles of Agreement.

Marginalisation and exclusion: a constant threat for migrant groups

Pushed by political instability, a lack of economic prospects and sometimes also by natural disasters, migrants make the long and often perilous journey to a safer, more prosperous environment in the hope of building a better future for themselves and their families. Media reports of recent months have shown that they are even willing to risk their lives to escape war, persecution and poverty.

And yet, when they reach their final destinations, they often end up facing discrimination and exclusion in their new environments. Their children are likely to find themselves in a similar position later on, and this may create the sort of situation in which marginalisation is perpetuated, resulting in the weakening of social cohesion. That is why integration is crucial when it comes to addressing migration, especially in a long-term perspective.

Studies suggest that, if properly managed, migration can be beneficial not only to the country of origin but also to the destination country in terms of both economic development and cultural enrichment. In the destination countries, migrants can boost productivity and economic growth, and help alleviate rising demographic pressures. They are also likely to contribute to the economies of their countries of origin through remittances and by strengthening the local sets of skills.

To maximise the benefits of migration, it is of the utmost importance that migrants become fully integrated in their destination countries. Creating inclusive environments of tolerance and equal opportunities is essential in that regard. This is closely linked with the protection of basic human rights and involves providing unimpeded access for migrants and their families to adequate housing, the labour market, appropriate healthcare, and professional training and education, including language acquisition for non-native speakers.

The issue of migration is of particular concern to the CEB. In addition to the record numbers of asylum-seekers currently arriving in Europe from the Middle East and Africa, all 41 CEB member states are hosting migrants either as transit countries or as final destinations. Furthermore, in most CEB countries the majority of foreign-born populations are born outside the European Union, which poses additional challenges for their integration in European societies. 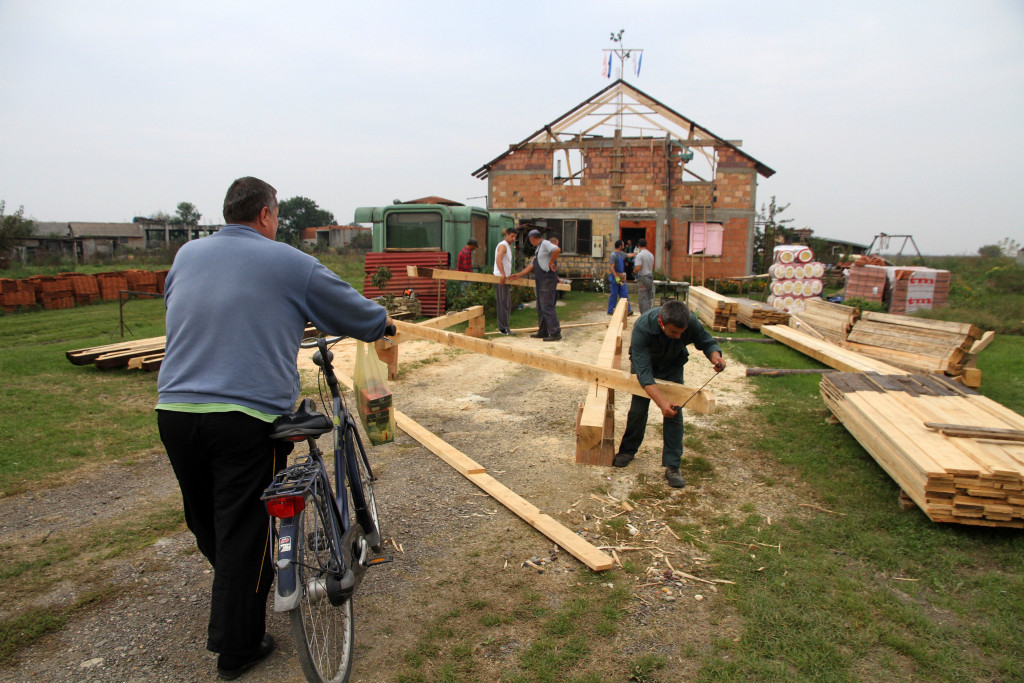 To help its member states better cope with the unprecedented influx of migrants and refugees, in early September this year the CEB put in place a new instrument in the form of a trust fund, the “Migrant and Refugee Fund”. The purpose of this fund is to finance reception and transit centres in affected countries. The initial response to this initiative from shareholders and partners has been very positive, and the CEB has begun financing the first of these centres.

Beyond addressing this emergency situation, however, the CEB regards migration and migrant integration as complex issues requiring a cross-cutting response. The problem covers several areas in which the bank is active and has been at the heart of the CEB’s mandate from its very inception.

In fact, when the bank was established in 1956 by eight member states of the Council of Europe as a “Resettlement Fund”, its social mission was precisely to tackle the problems associated with migrants, refugees and internally displaced persons in the aftermath of the Second World War. As a social development bank in Europe, the CEB has not only a responsibility and a historic duty to act but also considerable expertise in this area.

The bank has approved €3.1 billion in loans specifically for social projects benefiting migrants, refugees and displaced persons and has provided an additional €32 million in grants. CEB financing activity in this regard has included a range of projects across Europe: social rental housing in the Republic of Moldova, Germany and France; housing for refugees and displaced persons in the former Yugoslavia; housing for ex-deportees and political prisoners in Lithuania; access to microcredit for migrants and other vulnerable population groups in Italy and Spain; and, one of the most recent projects approved, reception centres for migrants arriving in Greece. In terms of geographical distribution, over half of the loans have been for relatively new migrant destinations in Southern Europe.

The context in which migration occurs is ever-evolving, and, as migration pressures across Europe are likely to increase in the years to come, the phenomenon is expected to have significant socio-economic implications for European societies.

There is no doubt that the massive influx of asylum-seekers into Europe requires urgent attention. But the prospect of the long-term integration of migrants in society also needs careful consideration, which, in turn, involves appropriate social policies and a comprehensive approach to building inclusive societies.

For it is through the successful integration of migrants that we can ensure their active participation in, and positive contribution to, the economic and cultural life of the destination country.

Today, the CEB remains committed to its statutory priority and strives to foster social convergence among its 41 member states, both in times of crisis and with a view to achieving long-term social and economic integration.

This article is based on a study entitled “The Integration of Migrants in Europe”, prepared by the Directorate for European Cooperation and Strategy of the Council of Europe Development Bank (CEB) and published in November 2015. The full study is available in the “publications” section of the CEB’s website (www.coebank.org).