Top Posts
Could Big Tech’s Iron Grip on Digital Advertising Soon Come...
Can Recent Oil Discoveries Prove to be a Boon for...
Is It Time to Explore an Alternative to Fractional-Reserve Banking?
Can AgTech Prove Instrumental in Helping to Feed the World’s...
Can the Indo-Pacific Economic Framework Expand US Economic Influence in...
Banks Remain Uniquely Vulnerable to Sophisticated Cyber-Attacks
Home Finance Mexico, a Land of Opportunities
Finance 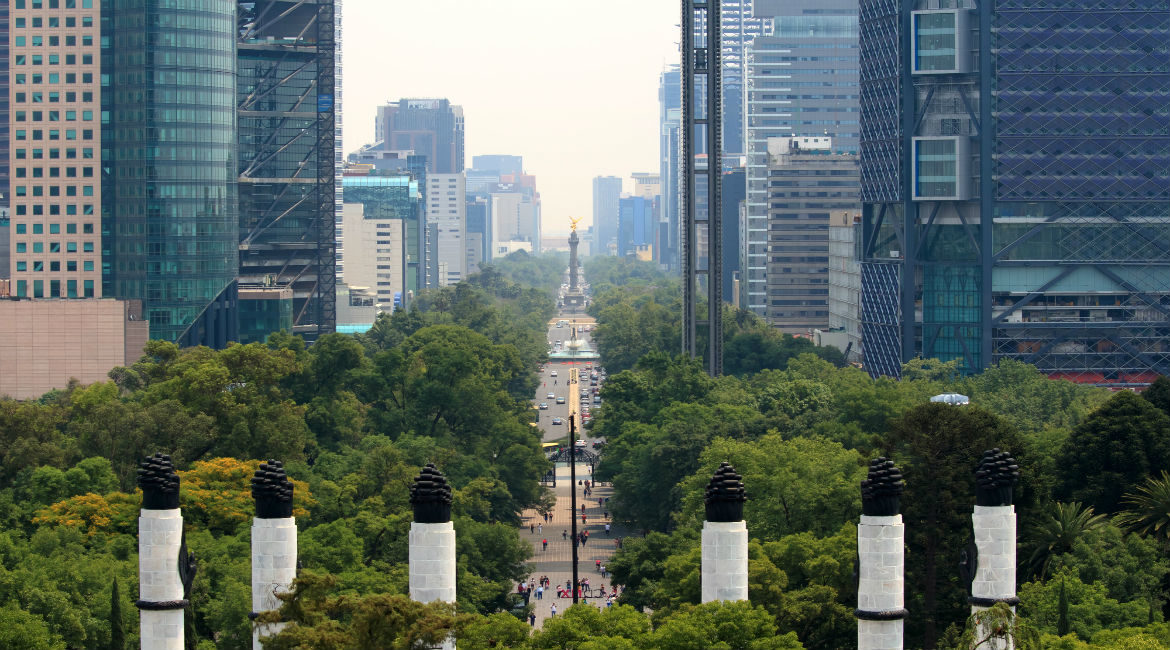 It was 2014 when my friend and the CEO of a European bank was questioned about which region will be the best for investments in the next few years. Surprising all the attendees at the meeting, he answered without hesitation: “Mexico”. We were about 100 guests from many countries from all regions of the world invited by the bank, which was supporting us for understanding the different lines for future investments. It had been a long day in London, listening about businesses related to entertainment, health, Formula E and others, and how these were going to keep developing worldwide, examples of how new opportunities are always in every corner of the world for doing honest business. Then to have my country mentioned like an opportunity instead of a problematic issue, as some were trying to present it, for the world! It wasn’t about what we used to say; it was about the recognition earned after many years of trying to convert a country into a competitive one for us, with benefits for the world.

Of course, I, from the peaceful and vigorous southern zone of Mexico recognized by the ancestral Maya culture, living in Mérida, Yucatán, believed the stars were finally correctly aligned.

The reality now is that Mexico is a solid country based on its fundamentals and is competitive in many industries that support productivity with a low-cost technical, specialized and quality labor force. The combination of high tech with a qualified labor force has developed industries such as automotive, household appliance, telephonic and others to become important, in some cases the world’s major producers. Mexico has commercial agreements with 44 countries that support the development of this competitive combination; but that, of course, is not the only thing that Mexico has. Mexico has a young labor force pushing the development of the country with an effort that has made Mexico develop into a country in which people gladly work more hours. Other studies indicate that we are like those countries in which happiness continues despite the problems.

In addition, some Mexican industries have really become successful around the world. Cases such as FEMSA, the famous Mexican beverage conglomerate company, established in multiple countries such as America and those in Asia, has been working together with the most important brands in the world for many years, proving that Mexicans can understand the business and improve ways of working. CEMEX, the cement company that 30 years ago began the development of a successful model for expanding worldwide while respecting the culture of each country—learning from them, openly sharing knowledge and results to develop technical improvements for the world. Grupo Bimbo, the recognized Mexican bread group with high values, honestly and patiently has gone to many countries, developing and designing models for distribution for their bread industries. Grupo Carso has been connecting and providing services for communications. There are many other examples, such as tourist companies, through which perhaps you have received the gentle and genuine hospitality of Mexican culture.

Clearly, Mexico has been working hard for many years and understands that doing business long-term includes the combination of knowledge and trying to find the best ways for both parties through agreements that are win-win, respectful and equally negotiated. Also, providing the best of each part, such as FEMSA; treating others as you want to be treated, such as CEMEX; developing alimentary processes with values wherever possible, such as Bimbo; and developing bridges of communications, such as Carso.

Of course, businesses are businesses, and wealth has to be produced in an environment of sharing knowledge, respecting cultures and traditions, fostering open communication and applying universal values in every case.

Some industries, such as banking and financial services, have experienced many years of consistent growth, being global or local. After the Tequila crisis, there were almost seven years to achieve stability in the banking sector in Mexico. Since 2013, traditional banks, some of them global institutions, began their real development, supporting commercial, private and international needs. And since 2016, credit companies named SOFOM (Sociedad Financiera de Objeto Múltiple—more than 1,500 non-banks with regulations such as anti-money laundering regulated by the National Banking and Securities Commission) came to fulfill local needs. The “formula” is not new. Perhaps it’s universal, but the execution is what produces results and different benefits.

In a local view, in Mérida, Yucatán, sometimes we use the Symphony Orchestra of Yucatan as an example of successful organization. Good musicians from many countries, including Mexico, applied and were selected no matter from which country they came. And now the musicians live in one of the best cities in the world, Mérida, Yucatán—recently designated the American Capital of Culture 2017—performing concerts almost every week from classical composers.

Mexico is a country of opportunities, because we have proven that we are working people as good as any others in the world; that we can easily understand each other, because we treat both friendship and business equally; and that we can conduct business to win-win, respecting the integrity of the different cultures that are finally based on the universal roles of coexistence.

Unfortunately, Mexico’s image includes disaster related to two issues that do not encompass the whole society nor the whole country but has been internationally noted. First, I refer to the problem of corruption that is not unique to this country and that is an internal issue to be solved by Mexicans, eradicating it with courage. Some entrepreneurs and citizens are including ethics as part of business beyond personal actions, avoiding those companies involved in those kinds of acts. A second issue is the problem of drug-trafficking in some states of the country. As far as this is concerned, the efforts of the authorities with the support of citizens working to address the complaint will mitigate Mexico’s poor position in the international point of view. We know we are going to solve both.

Despite these calamities, Mexico is open for new opportunities and for meeting with good businesspeople from wherever they are coming to invest; and we are required to go and do business as we’ve been doing for more than 30 years. Or, as that good gentleman recognized three years ago in London: Mexico is the region of opportunities.