Top Posts
Digital Transformation For Financial Systems In A Changing World
How Gamification is Catapulting Digital Banking to the Next Level
Challenges Remain, But There Are Opportunities to Be Had in...
Interview with Mr. Olukayode Pitan, Chief Executive Officer and Managing...
Commodities Outlook for 2023
The Value of Cash in a Time of Crisis: How...
Home Finance Has Mexico’s Economy Been Impacted by the Trump Presidency?
Finance 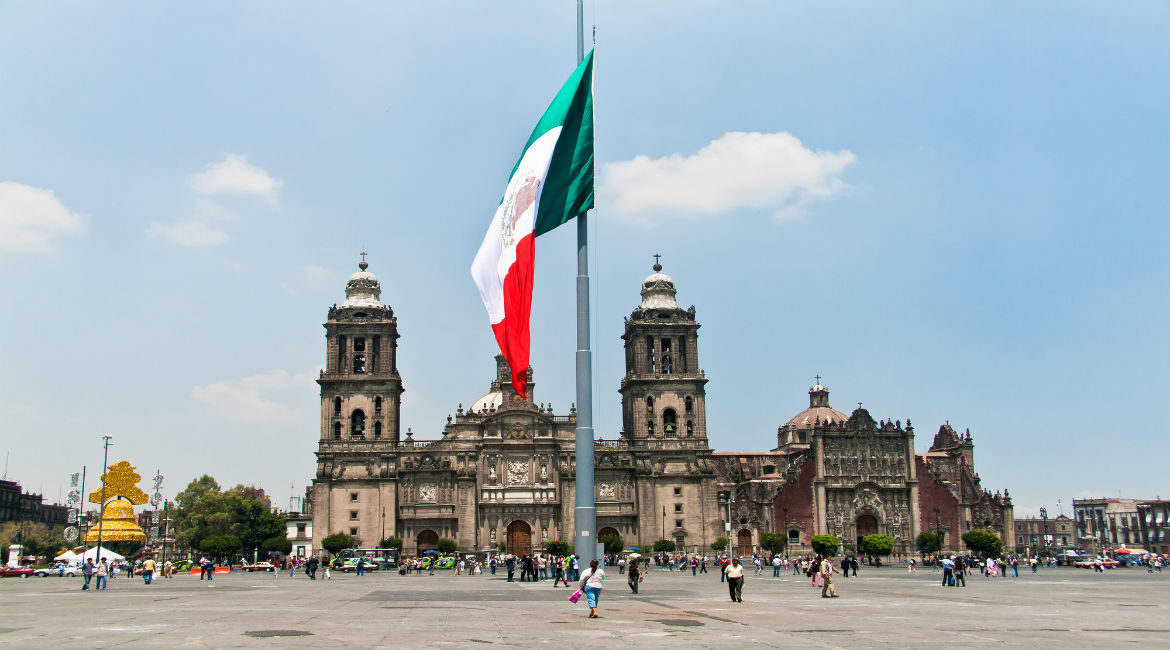 At the G20 summit on July 7, US President Donald Trump sat immediately next to his Mexican counterpart, Enrique Peña Nieto. After they each spoke about the progress being made in trade issues between the two countries, reporters volleyed a flurry of questions at the US president, and in particular, whether he was still going to make Mexico pay for the construction of his proposed wall along the border between the two nations. Somewhat under his breath, Trump muttered, “absolutely”. This somewhat muted response, which lies in stark contrast to the braggadocios tone with which he addressed the issue during his election campaign, is perhaps indicative of the minimal impact Trump has managed to have on Mexico, as well its economy.

Following Trump’s election victory, many feared that Mexico’s economy would gravely suffer as a consequence, and possibly even enter recession. Trump has repeatedly stated his desire to rip up numerous multi-lateral trade agreements of which the US is a signatory. He has already exited from the Trans-Pacific Partnership, and has also expressed his dismay at the North American Free Trade Agreement (NAFTA), which was signed by the United States, Mexico and Canada in 1994. NAFTA currently underpins more than $1 trillion worth of trilateral trade between the three nations.

Trump’s election campaign also witnessed a series of uncharitable accusations being levelled at Mexican migrants. Perhaps most infamously were the ones he made during the announcement of his presidential bid in June 2015: “When Mexico sends its people, they’re not sending their best…. They’re sending people that have lots of problems, and they’re bringing those problems with us. They’re bringing drugs. They’re bringing crime. They’re rapists. And some, I assume, are good people”. He has frequently insisted that the construction of his controversial border wall will still go ahead, and that Mexico will pay for it. In response, Peña Nieto has stated in no uncertain terms that his country will not pay for the wall.

Perhaps most potentially damaging of all his proposed measures, Trump threatened to impose a sizeable 20-percent tax on Mexican imports, partly to pay for the border wall, but also as a way to compensate for the trade deficit that the US has been running with its southern neighbour for several years. However, it appears as though this threat has been shelved, possibly due to the potentially damaging impact such an import tax would have on the six million US jobs that depend on trade with Mexico.

Mexico is the US’s third-largest goods trading partner, with $525.1 billion in total two-way goods trade recorded during 2016. Goods exports totalled $231 billion, while goods imports totalled $294.2 billion, and the goods trade deficit was recorded at $63.2 billion last year. With such substantial trade figures at play, therefore, it is perhaps no surprise that the biggest immediate impact of Trump’s election victory on the Mexican economy was to send the peso plunging. The currency had dropped by a hefty 14 percent against the US dollar by the time of Trump’s inauguration in January.

By that point, one could reasonably assume that relations between the countries were at a distinct low, especially following Peña Nieto’s cancellation of a meeting that resulted from Trump’s insistence that Mexico pay for the wall. As the chart shows, however, the peso has rebounded strongly; indeed, it is now trading at a higher rate than at any point since the beginning of the Trump Administration.

For all of Trump’s rhetoric, it would appear that Mexico’s economy has been minimally affected; indeed, in some regards, it has even been boosted. In May, for instance, Mexico managed to revise its economic growth estimate for 2017, from its previous estimate of 1.3-to-2.3 percent to 1.5-to-2.5 percent. This upgrade was largely on the back of positive economic data over the last few quarters, implying that Mexico has thus far managed to remain immune to any potential economic punches being thrown by Trump. According to Mexico’s national statistics agency INEGI (National Institute of Statistics and Geography), gross domestic product (GDP) during the first quarter grew by 0.7 percent, which was the same growth rate as that recorded in 2016’s final quarter. GDP in the first quarter also grew by a healthy 2.8 percent compared to the same period a year earlier.

While much contention remains over the border wall, the two countries have made considerable progress on other important fronts. From the noises being made by both parties, it appears that the renegotiation of NAFTA is going well. According to Trump, “We’re negotiating NAFTA and some other things with Mexico, and we’ll see how it all turns out, but I think that we’ve made very good progress”.

A new sugar-trading pact has also been agreed upon by the two countries that will undoubtedly assist further, broader discussions concerning the restructuring of NAFTA. American sugar refiners had been concerned that Mexico was exporting low-cost refined sugar to the US whilst also limiting exports of raw sugar that could be refined in the US. As such, the purported agreement aims to raise the price at which raw and refined sugar is sold to Mexican mills, as well as lower Mexico’s refined sugar exports to the US. In return, the US has agreed to suspend duties on Mexican sugar imports. According to Trump, the new deal “is a very good one for both Mexico and the US. Had no deal for many years, which hurt US badly”.

Mexico’s foreign minister, Luis Videgaray, recently stated that he expected talks on restructuring NAFTA to begin by August at the earliest. The very fact that a renegotiation is on the horizon, rather than a complete rejection of the agreement, should be considered as progress from the Mexican perspective. According to a statement from the Mexican government following the G20 meeting, the two leaders have also managed to explore the potential introduction of a guest-worker program for migrants in the agriculture sector.

As such, with Trump having backed off from many of his threats against Mexico on trade and immigration, there is much to suggest that Mexicans can breathe a sigh of relief that the worst of the potential fallout is now firmly in the past. Whilst not completely out of the woods, given that negotiations are yet to even begin on NAFTA and the imposition of a wall of some form could still become a reality, the subsiding of tensions will undoubtedly be welcomed on both sides of the border.

Can Trump Save Coal?