Top Posts
Digital Transformation For Financial Systems In A Changing World
How Gamification is Catapulting Digital Banking to the Next Level
Challenges Remain, But There Are Opportunities to Be Had in...
Interview with Mr. Olukayode Pitan, Chief Executive Officer and Managing...
Commodities Outlook for 2023
The Value of Cash in a Time of Crisis: How...
Home Finance Nature as Capital
Finance 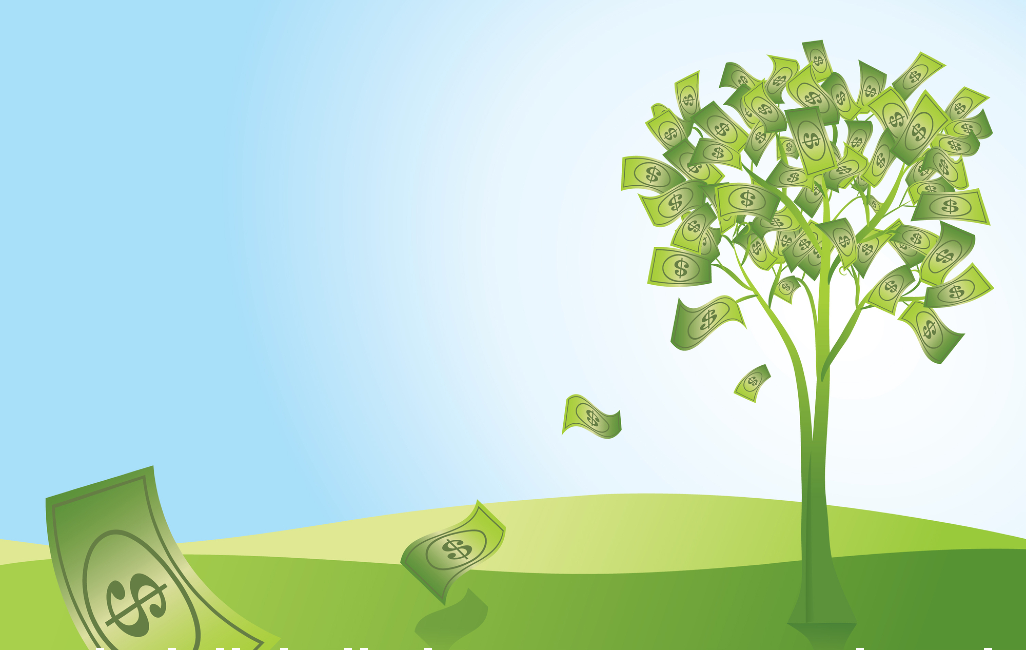 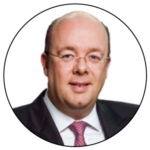 The economic and social strides made during the last 50 years suggest that the world has become a better place in which to live. For example, whereas 50 percent of the world’s population lived in absolute poverty in 1970, that share has since fallen to around 10 percent today.

We have increased our produced capital—for example, by constructing roads, buildings and factories—and human capital, by amassing knowledge and skills. At the same time, however, we have depleted, sometimes irreversibly, our natural capital, the very foundation of all economic and human activities. Our standard economic models, however, do not ascribe actual values to natural assets such as water, soil, air, purification, pollination or the ecosystem services they provide to make human life possible.

As Professor Sir Partha Dasgupta explained, “Nature’s true worth to society is not reflected in the price we pay for the goods and services it provides. Reforming our economic models has the power to enable and encourage companies to make nature-positive investments which recognise the value of natural assets. GDP does not include the depreciation of assets, for example the degradation of the natural environment.”1

One could conclude that national accounts focus on immediate income flows rather than the health of underlying assets. For example, while the incomes from harvesting timber are recorded in national accounts, the simultaneous depletions of natural-forest assets are not; perhaps more importantly, essential life-support services provided by forest ecosystems are not explicitly recognised at all. This can result in quite misleading signals about economic growth and even disrupt economic activity. Traditional economic measures should, therefore, be complemented with alternative indicators of economic prosperity.

In addition, the regenerative returns we derive from ecosystem services are estimated to be worth around US$125 trillion to $140 trillion a year—more than 1.5 times conventionally measured global gross domestic product (GDP).2 An example could be biodiversity: According to the World Wide Fund for Nature (WWF), biodiversity loss could reduce global GDP by $129 billion per year by 2050.3

Practical approaches for valuing and monitoring natural resources should urgently be developed so that natural-capital accounting can become a formal part of policymaking.

During previous periods of economic change, the environmental dimension tended to be ignored, but now, understanding is growing that environmental threats will undermine the well-being and prosperity of present and future generations if not tackled properly. A stronger focus on economic sustainability is required in conjunction with the perspective derived from attention to economic growth.

The number of extreme weather events has been rising, disrupting economic activity and damaging capital and land. In the course of the Earth’s history, terrestrial and oceanic ecosystems and species have had to adapt to changes in the world’s climate. Yet, it is more difficult for ecosystems to adapt to human-induced climate change than natural climate change, directly affecting biodiversity. The loss of biodiversity and healthy ecosystems is, in turn, accelerating climate change. Immediate economic impacts—driven by other factors, too—include slowdowns in investment growth globally, from above 5 percent per year in 2017 to less than 1 percent in 2019.

Our ecosystems are interconnected, and the concept of natural capital is important. Any assessment of natural capital, however, will need to focus on biodiversity—which underpins it. Biodiversity involves understanding natural processes as both assets and inputs in our production functions. Protection efforts must become a more integral part of investments in our natural capital. Currently, only 17 percent of land and 7 percent of seas fall under some sort of protection. The necessary policy responses require data that is measurable and credible. But existing economic-data approaches have shortcomings with regard to the environment, as mentioned above.

A more decisive shift towards a “nature neutral” economy poses many challenges, not only for politicians and the economy but also investors. Getting the economic concepts and metrics right is an important first step.

The WWF’s Living Planet Report 2020, produced in partnership with the Zoological Society of London (ZSL), identifies five major categories of threat to biodiversity: land and sea changes, pollution, species overexploitation, invasive species and disease, and climate change.5 The size of the problem is illustrated by the report’s data that suggests 23 percent of land is now degraded (for example, the Amazon rainforest has lost 17 percent of its area in the last 50 years), while agricultural-land use is responsible for 80 percent of global deforestation. The oceans’ “dead zones” already encompass an area larger than the United Kingdom.

Public investment in biodiversity has increased steadily since 2008 and is currently equivalent to 0.19 to 0.25 percent of global gross domestic product. Nonetheless, the United Nations Environment Programme calculates that US$8.1 trillion of investments in natural capital will be required between now and 2050 to sustain our natural world and at the same time successfully tackle the triple planetary crises that we humans have triggered by accelerating climate change, destroying nature and increasing pollution.

The financing gap stands at US$4.1 trillion between now and 2050, and a four-fold increase in investments could be required by 2050—to $536 billion annually from $133 billion in 2020. For example, forest-based solutions alone, including the management, conservation and restoration of forests, will require around $200 billion in total annual expenditure globally.

To date, public expenditure accounts for the majority of the investments in biodiversity, with the private sector supplying only 14 percent of nature-related financing. This private-sector financing varies in intent as well as scope, with the World Bank distinguishing between investors looking for investment opportunities arising from the conservation, restoration and sustainable use of nature versus “finance green”, with investors trying to direct financial flows away from projects with negative impacts on biodiversity and ecosystem services and towards projects that mitigate negative impacts or pursue positive environmental impacts as co-benefits.

While addressing the significant investment gaps, it should also be emphasised that transformative change must accompany and result from these investments. Financing should not just fill in existing gaps and tick boxes but also needs to incorporate innovation that helps to improve productivity. Investment not only needs to be allocated to the right areas but must also be conducted sustainably—incentivising subsidies that promote sustainable and green development while disincentivising activities that are inimical to environmental and societal goals.

The mammoth economic opportunities of investing in natural assets should be made clearer to potential private investors. This transition to a nature-positive global economy could generate up to US$10.1 trillion in business value and 395 million jobs by 2030, according to the World Economic Forum (WEF), while increasing resilience to future shocks. If the investment needs are, however, not met by 2050, more than three billion people may be living in areas at risk from rising sea levels.

International and multilateral organisations already play a major role in connecting the public and private sectors, but closing the investment gap will require the re-engineering and nurturing of a marriage between business, academia and international organisations.

The European Green Deal, backed by the “Fit for 55” programme, is already a step in the right direction. And this was followed recently by the UN Biodiversity Conference (COP15 in Kunming, China)—another stage in the journey to establish the post-2020 Global Biodiversity Framework of the UN Convention on Biological Diversity (CBD). The Convention’s goal is to reverse nature loss in the next decade and safeguard the planet‘s health.

A draft UN agreement envisages that in the next decade, at least one-third of the planet should be put under nature-conservation protection. This plan also includes targets for reducing the use of pesticides, cutting plastic waste, channeling some US$200 billion into developing countries and reducing harmful government subsidies by $500 billion per year.

The OECD (Organisation for Economic Co-operation and Development) is calling for policies to preserve the environment and natural capital to be coordinated and pursued more forcefully. These calls focus on reducing policy uncertainty and rethinking fiscal policy as well as recognising the need to identify guiding principles—via consensus—and the likelihood that “intermediary” transitions (e.g., around biodiversity) may be more complex than end-goal transitions (e.g., energy use).

The concept of nature as capital may be the start of a very big story. Its acceptance will likely become engrained in economic, investment and political agendas in three broad ways:

Second, influencing individual and corporate attitudes toward biodiversity issues via social media and other channels. Increased education and innovation can drive transformation in all sectors of society to enable this new relationship to develop and redefine sustainability. This process may well have a gender dimension: Women put more emphasis on biodiversity and more strongly agree that their investments should have a positive impact on the world (53 percent of women versus 40 percent of men). Third, a long-term shift in the philosophical and international legal underpinnings of debate around natural capital and associated rights.

Data, technology and disclosure are the key enablers of the first two of these steps and will tend to reinforce each other. Increased disclosure requirements will enhance the quality and quantity of data—and technology can be used to create and develop an increasingly sophisticated set of sustainability-related data and to drive deeper insights.

However, while data is important to this process, it is not the end of the story. A target-based approach has not been agreed on yet, but it likely will be. The conceptual framework within which we assess biodiversity preservation is about to evolve, with direct implications for investors as well as policymakers and economists. Investors’ relatively short history with ESG (environmental, social and governance) investing shows how new metrics and concepts can quickly become part of the investment process.

Focusing on the preservation of “natural capital” could complement traditional economic measures such as GDP, while a natural-capital framework should help us make and measure progress on biodiversity (and other issues) within existing broad-based objectives, such as the United Nation’s Sustainable Development Goals (SDGs). We have to recognise the integrity of our ecosystems as natural assets and measure the value of nature’s contributions to the economy, aiming to ensure that the benefits are equally distributed.

By our actions, we have severely disrupted the environment; solutions will need to be disruptive, innovative and adaptive to make amends and preserve natural capital for future generations.

2021 on Course to Be a Record Year for US Banks

Are Gold Prices on Course to Break All-Time Highs Once Again?