Top Posts
The Devil We Thought We Knew
How China Has Managed to Avoid the Inflation Bug
Are Your Bank’s Digital Marketing Metrics Meaningful?
Identifying Beneficial Ownership: A Regulatory Conundrum
Forging a Digital Framework to Harmonize the Global OTC Derivatives...
The Paradox of AI and Investing
Home Finance New Crisis—New Threat to Global Commerce
Finance 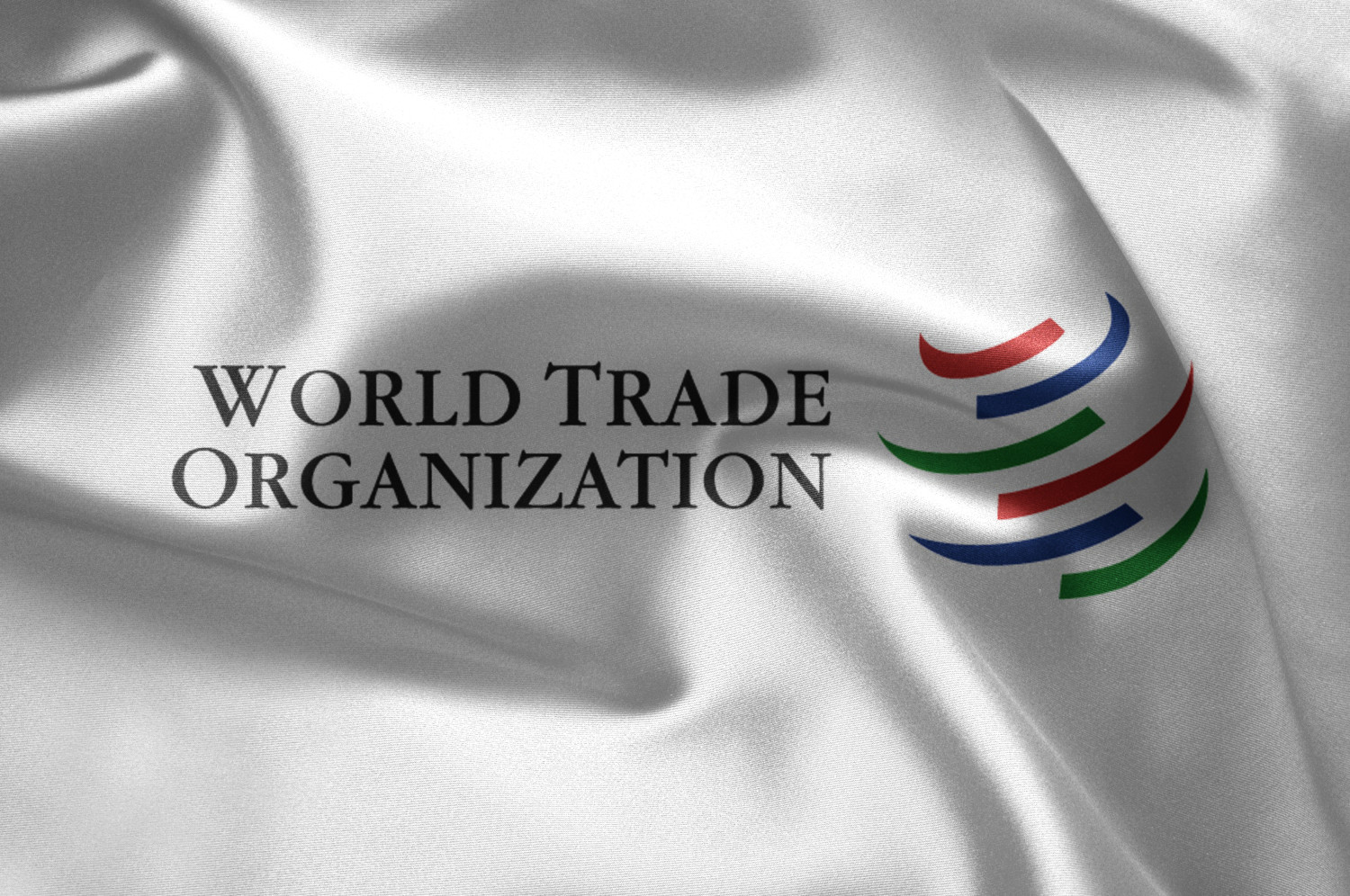 By Simon J. Evenett, Academic Director at the St. Gallen MBA and Professor of International Trade and Economic Development

At the end of May, data released by the OECD (Organisation for Economic Co-operation and Development) showed how poorly global trade has fared since the global financial crisis began. The US-dollar value of exports from both the G-7 industrialised countries and from the leading emerging markets fell sharply in Q1 2015. Worse, total G-7 exports have yet to reach their pre-crisis peak—a conclusion that also applies to the large emerging markets, if China is set to one side. Global exports, which used to grow twice as fast as world GDP, have stalled. This matters, as exports have long been an important source of growth for both firms and economies—calling into question the plans of many an executive and policymaker.

There’s a healthy debate going on among economists as to whether trade has “peaked”. Some argue that exports have responded to a slowdown in demand growth in key markets. Others reckon that China amongst others now source more parts and components locally rather than from abroad. Even if the data to back up these claims is solid (and there are certainly question marks over some of the evidence presented), while both arguments sound plausible ultimately they are only proximate explanations. After all, what shifts in tastes or policies underlie these changes? In short, what are the root causes?

The argument advanced here is that uncertainty discourages exporting, and many governments have induced plenty of uncertainty through their resort to murkier trade distortions since the onset of the global financial crisis. Research by economists at Stanford University has shown the adverse effect on the US economy of uncertainty about domestic policy changes that affect business. Economists have long found evidence that exchange-rate uncertainty curbs exports. In the light of these findings, it would be premature to rule out the impact of uncertainty created by the beggar-thy-neighbour policies of recent years.

But wait a minute, you might be thinking, since 2008 no large trading nation resorted to 1930s-style across-the-board tariff increases, and the World Trade Organization (WTO) is there to make sure this type of policy response doesn’t happen. The first fact is true—but whether the WTO deserves the credit is questionable. While governments have signed up to caps on some of their tariffs, the allowed maximums are so high, they would have allowed plenty of tariff increases. Before the crisis hit, just under 100 WTO members, that is two-thirds of the WTO’s membership, could have raised their tariffs by the amount of the infamous US Smoot-Hawley Tariff Act of the 1930s without breaking their WTO obligations. What this means is that these governments chose not to resort to tariff increases, not that WTO rules prevented them from doing so.

Consequently, attention turns to why governments didn’t hike tariffs. The explanation favoured by some leading analysts is that the spread of global supply chains discourages tariff increases. Since exporters of semi- and unfinished products typically use imported parts, components, and materials, then taxing the latter imports increases the costs of—thereby lowering the competitiveness of—the former. This argument cannot explain why governments didn’t resort to widespread tariff increases on final goods and on imported parts and components not used in producing exports. Indeed, it would have been possible to hike tariffs on parts and components and introduce (or expand) rebates for those exporting firms that needed those imported parts.

So what really happened? It’s important to remember that one of the most important ways in which the global financial crisis infected national economies was through the drying up of working capital. The reality is that many firms have to pay their suppliers and employees before being paid by their customers, creating a huge demand for working capital. With short-term lending withdrawn, for corporate treasuries “Cash Is King”. Funds were desperately needed. Time was of the essence.

Governments could have responded by increasing tariffs, but it takes time for buyers to switch suppliers, and the crisis might have scared some buyers so much that they wouldn’t place any further orders. With so much at stake, governments needed a tool more reliable and faster working than tariffs, and they found it in the form of bailouts and encouraging banks to maintain as many credit lines as possible.

But financial support opened the door for at least two forms of beggar-thy-neighbour activity. First, bailouts could be selective, with foreign subsidiaries expected to be supported by their corporate headquarters, attracting funds into the country in which the subsidiary was located. Second, strings could be attached to any financial support. For example, in return for receiving state support, one French car company was told by Paris to shut down a production facility it owned in the Czech Republic.

Once national economies began to stabilise in late 2009 and 2010, government attention switched to promoting economic growth. With fears about the long-term sustainability of public finances leading to austerity programmes being adopted in many countries, the question arose: where will the demand growth come from? So long as domestic consumers and firms restrained their spending, the remaining source of higher demand was from sales abroad. Tilting the playing field in third markets in favour of domestic exporters became the name of the game. The Chinese, for example, quadrupled export financing to more than $400 billion. In sum, there are good reasons why tariffs weren’t the trade distortion of choice in the wake of the latest financial crisis.

Incentives to export were expanded, and often the details were buried in changes to national tax systems. The BRICS countries alone introduced dozens of such initiatives. The range of export activities eligible for VAT (value-added tax) rebates has expanded in the European Union. Interestingly, the US is the only major trading nation to buck this trend. At the moment, there is a major fight taking place in the US Congress over whether to renew the charter of the US Export-Import Bank. Some of the corporate interests in favour of renewal—Boeing being a prominent example—have openly stated their dependence on this state support.

Export incentives harm trading partners when their firms compete for contracts in third markets. Subsidised exporters can offer more generous terms to customers, which other firms may feel compelled to match, narrowing their profit margins. As rivals cannot know if a firm eligible for tax breaks actually takes advantage of them, additional uncertainty is created and acts as further discouragement to bid for foreign contracts in the first place. Subsidised exporters essentially steal market share from rivals.

As the beneficiaries of export incentives cannot be known for certain, it is not possible to estimate precisely the share of global exports that are affected. However, it is possible to calculate the percentage of global exports that compete with one or more firms eligible for export-related incentives. Turns out that around 70 percent of G-20 exports face a potentially subsidised rival in third markets. In contrast, only 12 percent of G-20 exports compete in markets in which tariffs have been increased. Policymakers are taking notice of this distortion to world trade. In their recent summit communiqué, G-7 leaders noted this threat and set up a working group to examine it.

The fact that there is a WTO agreement on subsidies hasn’t stopped widespread state support of exports. The WTO’s reporting on protectionism has focused mainly on restrictions to import and export—rather than on inducements to trade. The latest WTO report, which came out in June, did acknowledge some export-incentive schemes, but this was not part of the key messages transmitted to the press or to policymakers.

There is a deeper lesson here, too. Since 1929 there have been three major global economic downturns. In each case, the most prevalent form of trade distortion introduced during straightened times has changed. In the 1930s tariffs and quotas were used to restrict imports. In the early to mid-1980s voluntary export restraints limited exports. In recent years, the most prevalent trade distortion sought is to promote exports.

Coupled with official monitoring exercises that look for the trade distortions of yesteryear, this is a recipe for state intervention that governments can deny is protectionist. In this way, G-20 governments can pronounce their fidelity to their “no protectionism” pledge while breaking it, and the WTO declares that everything is hunky dory. In the meantime, some exporters are losing sales, their employees’ jobs are put at risk, taxpayers must pay for these export incentives, and exports have ceased to be a source of growth.

ABOUT THE AUTHOR
Simon J. Evenett is Professor of International Trade and Economic Development at the University of St. Gallen, Switzerland. He is also the coordinator of the watchdog Global Trade Alert and co-director of the most established group of international trade researchers in Europe, organised by the Centre for Economic Policy Research. Professor Evenett’s interests include protectionism, trade disputes, WTO and regional trade negotiations, emerging markets, and the manner in which firms actually compete internationally. He was educated at Cambridge and Yale universities, taking economics degrees at both. Previously Professor Evenett has taught at Oxford and Rutgers universities and has been a Visiting Professor of Corporate Strategy at the Ross School of Business, University of Michigan, a non-resident Senior Fellow of the Brookings Institution in Washington DC, and a World Bank official, twice. Professor Evenett comments frequently on leading international economic developments to the media and to corporate audiences. He has over 125 publications.
Go to top
0 comment 0 FacebookTwitterPinterestEmail
previous post

Evolving to survive: how technology can bring retail banks closer to their customers