Top Posts
How Gamification is Catapulting Digital Banking to the Next Level
Challenges Remain, But There Are Opportunities to Be Had in...
Interview with Mr. Olukayode Pitan, Chief Executive Officer and Managing...
Commodities Outlook for 2023
The Value of Cash in a Time of Crisis: How...
The US-Africa Leaders Summit: Fostering a Closer Relationship with the...
Home Finance If Not Islamic Finance, What?
Finance

If Not Islamic Finance, What? 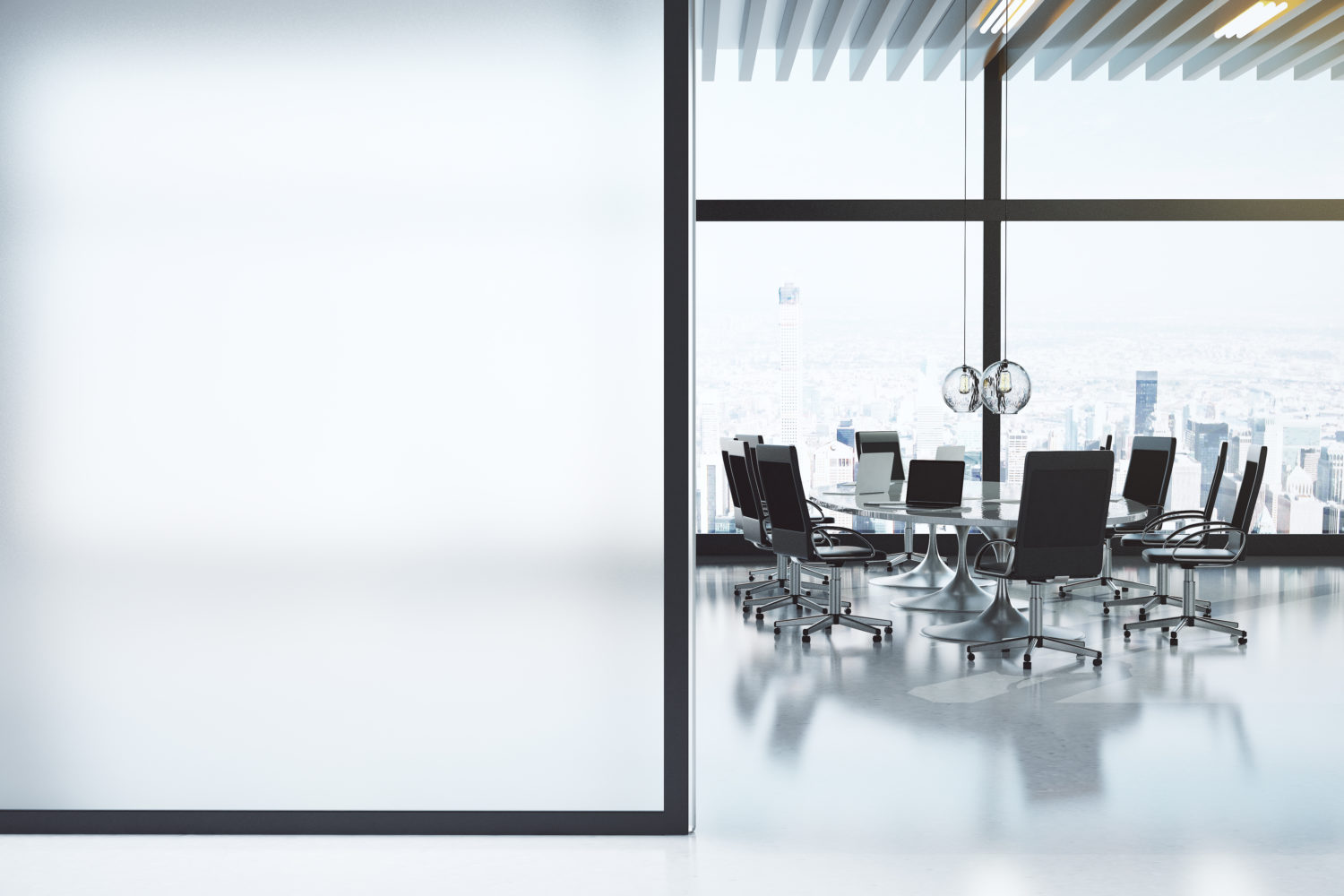 The lack of ethics in human behavior combined with total ignorance about how complex financial markets function have led to a buildup of imbalances in the global financial system, exposing it to a series of serious cracks recently. In an imperfect world, in which ethical violations in financial markets occur quite often, rationale may be considered the most appropriate way of serving people’s interests. But rationale alone is not enough to undo recession; the drought has given rise to a sudden increase of interest regarding ethics in financial practices.

Ethics has just become a key concern in the financial world. The achievement of a moral duty beside the quest of wealth accumulation is strengthening the role of ethics in the global financial world.

What exactly is ethical finance?

Ethical finance is a difficult term to define. But the majority of analysts consider it one of several forms of alternative finance. A very restrictive way to describe it would be as an “umbrella concept” for a philosophy of investing based on a combination of financial, social, environmental and sustainability criteria. Hence, the ethical-finance movement includes ethical investment, impact investment, socially responsible investment and corporate social responsibility, and it is also related to fair trade and social enterprise. The pioneers of ethical finance asserted that an economy based on ethical values would produce a moral economic system serving the needs of humankind.

Not so long ago, ethical finance was formed in response to the growing demand in different geographies for ethically oriented financial products. And, in fact, financial institutions that wished to gain a larger market share saw that switching to more ethically oriented practices worked to their advantage.

The parallels between ethical finance and Islamic finance

Ethical finance, as presented thus far, points to several commonalities with Islamic finance. The system is inextricably interwoven with Islamic ethics and the ages-old imperatives of public good, morality, fairness, inclusion and equality. And ethics, which as we all know is deeply embedded in the Muslim ethos, will surely resonate quite powerfully in the evolution of contemporary Muslim societies.

Islamic finance is designed to promote the public interest (the concept of do no harm), through positive and impact investing, and most Islamic financial institutions often describe themselves as being providers of ethical financial services, which undoubtedly means Sharia-based services.

The ethics inherent in Islamic finance goes beyond the enforcement of rules; rather it is indistinguishable from the Islamic system. Islam requires Muslims to lead their lives according to the Sharia, which is the Islamic legal code that Muslims worldwide are expected to follow to the extent possible given their circumstances. The Sharia, or divine guiding principles, is the Islamic law of human conduct that regulates all matters of the lives of Muslims.

It is true that the ethical trend is obvious in all Islamic tenets. The religion places the highest emphasis on ethical and moral values in all aspects of human life, and thus ethics govern all aspects of life, including financial practices.

In Islam, the rights and obligations of individuals and organizations with respect to others are clearly defined in the Quran. Despite the presence of many schools of thought in Islam, there is agreement on basic matters of principle. Responsibilities of members of society towards each other are well defined, do not change over time and are not affected by the various theoretical frameworks.

The goals of Islamic finance are mainly based on the concepts of human wellbeing and promoting social equity as envisioned by the Islamic law. The system emphasizes community values and strives for a just, fair and balanced society in which people of various beliefs live together in harmony and peace. Therefore, being ethical is required by all Muslims, not just expected, and an obligatory duty to be maintained even in Islamic financial dealings.

Yet the guiding principle that is shared by ethical and Islamic finance is an appreciation that responsible financial service can be a force, and indeed is necessary, for sustainable development.

It is important to examine the impact of the ethical financial model on global societies that previously had no exposure to such tools. Generally speaking, the ethical-finance movement has provided two overarching benefits to individuals and economies.

First, on an individual level, socially responsible persons, the same as devout Muslims, now have a choice of investments and savings that was previously unavailable for them, or was very limited. Because many Muslims hold tightly to the Quran’s teachings, this situation left them with virtually no financial system in which to invest and very few options when it came to dealing with a financial institution. The widely adopted conventional system disadvantaged millions of devout Muslims, in terms of financial and economic development, who often adhered to their religion as a foundation of their way of life.

The International Monetary Fund reported once that the lack of ethical finance has left Muslim nations without adequate project funding and has slowed the development of economies there. Consequently, a financial institution associated with responsible finance in any way (mainly on widely accepted principles and norms relating to business ethics) is an attractive alternative to the conventional method that exists in these nations. With an increasing number of people questioning the way in which their money is invested and seeking assurances that their investments don’t conflict with their values, there is clearly a growing appetite amongst the public for an ethical financial choice.

The second benefit of the spread of ethical finance is that nations in which ethical finance has thrived most effectively are those that have already acquired some kind of social awareness. The system appeals largely to younger generations, such as Millennials, who realize the social and financial benefits of impact investing and who want to give back to society. So this trend is likely to expand as these people gain more influence in the market.

It appears as though the ethical and Islamic financial systems seem to complement each other rather than serve as detached systems. As in any sphere, there exists a spectrum of “ethical belief” spanning those who strictly follow the teachings of the Quran and those who behave ethically in the best interests of society. In nations in which financial institutions offer ethical or Sharia-sensitive financial services, there are options for every individual, devout or not, Muslim or Catholic. This system provides a pathway to a broader range of responsible financial services that fit with the individual’s personal beliefs, and that could generate long-term competitive financial returns and positive societal impacts, in which responsible finance practices play a powerful role in shaping the future of the global economy.

The full potential of Islamic finance has not yet been explored, sometimes for questionable political reasons, although Islamic financial services are considered innovative, competitive and offer positive externalities in promoting sustainable development.

But, in an attempt to answer the question of whether Islamic finance is more virtuous and vigorous than ethical finance in terms of securing sustainable development, we can say that there is a close connection between the two systems and the so-called blended return or shared value, wherein ethical standards are not compromised and economic objectives are achieved for creating a healthy global community and a socially sustainable growth. The ethical, multichannel and diversity dimensions of both systems as well as their links to the real economy have been highlighted in multiple instances. In terms of diversity, both ethical and Islamic finance have suitable ways to foster innovation, address emerging economic challenges and bring stability to the global financial system.

Rosie brings to the post a wealth of experience in strategic positioning and campaigning having held various senior positions across a variety of sectors including audiovisual, IT and telecom in addition to working for the Lebanese Government as Head of International Relations & Diplomacy. She is a regular speaker in international conferences and had several publications in the areas of technology and finance.

Protecting Banks in the Digital Age: The Rules Have Changed