Top Posts
Challenges Remain, But There Are Opportunities to Be Had in...
Interview with Mr. Olukayode Pitan, Chief Executive Officer and Managing...
Commodities Outlook for 2023
The Value of Cash in a Time of Crisis: How...
The US-Africa Leaders Summit: Fostering a Closer Relationship with the...
Three Key Sectors in Which to Invest in 2023
Home Finance Is There Now Light at the End of the Tunnel for Argentina’s Economy?
Finance

Is There Now Light at the End of the Tunnel for Argentina’s Economy? 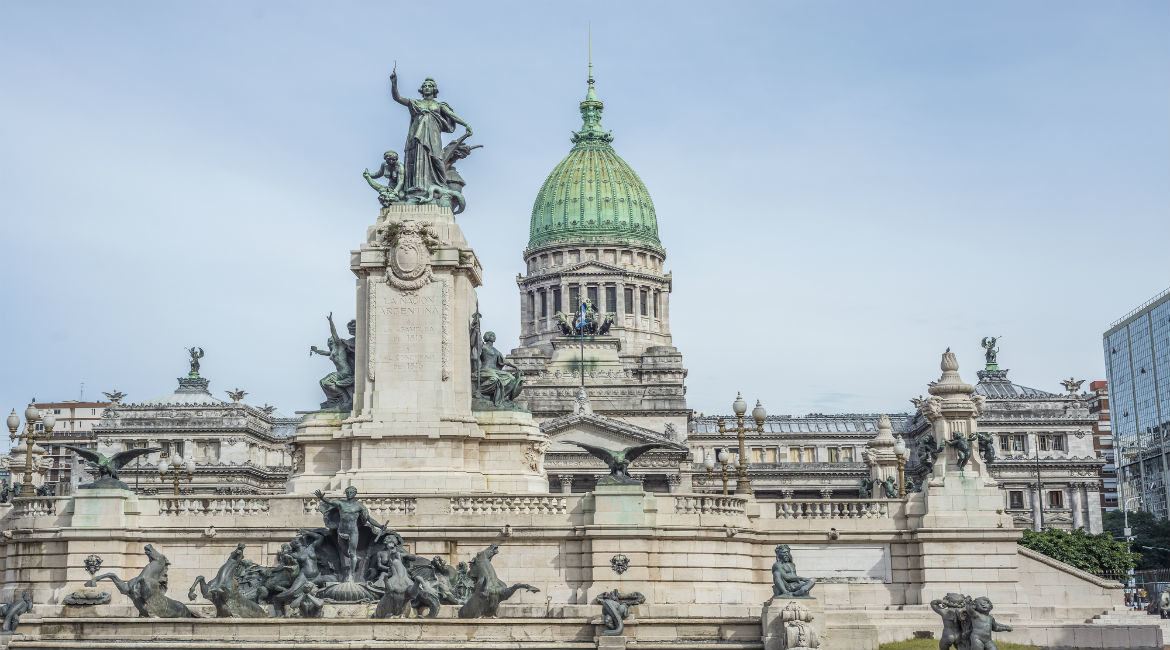 It is now slightly more than one year since Argentina’s President Mauricio Macri rode to power on promises of implementing a wave of sweeping economic reforms. Such measures were designed to reignite the country’s beleaguered economy, one that was experiencing spiralling inflation, unsustainably high interest rates, a weak and volatile currency, significant underinvestment and zero access to international credit. It is of considerable importance, therefore, to assess just how Macri’s first year has transpired.

Since Macri’s inauguration, real progress has been made in the hope of guiding Argentina towards long-term stability. Although a recession continues to plague the economy, Macri can be credited with removing crippling capital controls on its currency, the peso; enabling Argentina’s access to global credit after 15 years in isolation; cutting energy subsidies; reducing corruption; and removing tariffs and quotas from key industries. As such, Argentina now seems increasingly prepared to move to the next phase of its recovery and establish the necessary conditions for long-term economic growth.

Arguably the biggest stride Argentina has made under Macri was its re-entry into international capital markets back in April. Under the previous administration, Argentina refused to pay its creditors on debt issued following its $95 billion default in 2001, which continued to put a legal obstruction in the way of its access to international credit. The Macri administration, however, successfully pushed to drop the specific preventative law that was in place, ultimately resulting in a triumphant $16.5 billion bond sale upon its return to the international fold—the largest emerging-market debt deal on record. In late 2016, Macri also sent a proposed Capital Markets Law to Congress in order to develop Argentina’s weak capital markets by aiming to limit government intervention in capital markets, reforming taxes and ensuring a strong legal framework is in place with transparent institutional regulations. A necessary step that Argentina must now take is to gain promotion to emerging-market status. Currently, it is considered as a riskier frontier market, but MSCI recently stated that it is assessing whether the status upgrade is possible so that Argentina’s shares can be included again in its emerging-market index.

In a further bid to encourage foreign investment into Argentina, Macri has recently moved to cut the country’s notoriously high unit labour costs, ones that were recently calculated by the International Monetary Fund (IMF) to be 50 percent higher than in neighbouring countries Brazil and Chile. Such costs have been a key reason why businesses have remained averse to Argentina; but while Macri seeks to bring them down, it seems likely that he will be stubbornly resisted by Argentina’s powerful labour unions. As such, a fine line will need to be ascertained that brings down such costs (or increases labour-market productivity and efficiency) but also continues to protect workers’ rights. Macri has already been successful in this regard by recently getting approval to lower benefits for workers in the Vaca Muerta shale-oil formation. He is now expected to seek union approval to implement further measures, including granting subsidies for companies that hire new workers or register informal employees, as well as placing a limit on the number of salaried employees who don’t work but have full-time union-representation status. Obtaining the green light from unions, however, is unlikely to be a straightforward process.

Not everyone sees Argentina’s recovery happening quickly, however. Former Vice-Minister for the Economy Orlando Ferreres believes that while the economic recovery is certainly under way, investment will remain subdued in 2017. According to Ferreres, Argentina’s still relatively low credit rating will continue to dissuade most investors this year, adding that industry consolidation via purchases and mergers of companies must first take hold before new companies are created, which should then be followed by a substantially greater influx of funds. Ferreres also expects such a process to take two to three years—and it will only commence later this year.

Fiscal issues also continue to remain among Macri’s biggest challenges, as exemplified by a recent reshuffle of the finance ministry, which saw the incumbent head Alfonso Prat-Gay being asked to leave his position; Luis Caputo, Prat-Gay’s finance secretary, taking over the position; and the distinctly hawkish economist Nicolás Dujovne becoming treasury minister. Such bold moves by Macri indicate his recognition of just how crippling an impact the budget deficit is having on economic growth; they also reassure international investors that efforts are being made to raise the estimated $30 billion required to finance needs for the coming fiscal year. In an attempt to balance the budget, moreover, the government may also decide to let go of government employees, who account for nearly one-third of all Argentine workers, as well as reduce pension benefits; but with workers generally receiving strong union backing in Argentina, Macri would have to tread very carefully if he opts for such a route.

The government is also attempting to lower its fiscal deficit by luring back into Argentina around $400 billion dollars in assets that have been held offshore by granting a tax amnesty to those who declare their funds and providing incentives for those who invest in infrastructure-linked bonds. The amnesty, therefore, intends to direct private-sector investments into domestic markets, which would ostensibly lower public-spending requirements and drive domestic growth.

Much of the evidence of Macri’s success is clear for all to see. Argentina is close to exiting its recession, while the IMF expects growth to hit 2.7 percent in 2017. Inflation continues to fall from above the 40 percent recorded last year; many important sectors—agriculture and real estate included—continue to exhibit strong recoveries; and a solid $30 billion of funds was recovered during the first two months of the tax-amnesty programme. Since coming to power, moreover, yields on Argentina’s 2024 debt have dropped by a sizeable two percentage points.

Ultimately, there is strong evidence to suggest that Macri is leading Argentina towards a period of economic stability, in which it will continue to be more amenable to international investors. The probability of such stability materialising in 2017, however, seems low; nevertheless, after decades of political turbulence and economic mismanagement, Argentina has significantly more reason to be optimistic about the likelihood of eventual prosperity these days.