Top Posts
Challenges Remain, But There Are Opportunities to Be Had in...
Interview with Mr. Olukayode Pitan, Chief Executive Officer and Managing...
Commodities Outlook for 2023
The Value of Cash in a Time of Crisis: How...
The US-Africa Leaders Summit: Fostering a Closer Relationship with the...
Three Key Sectors in Which to Invest in 2023
Home Finance Organized Disruption: Saudi Arabia’s Formula for Growth
Finance 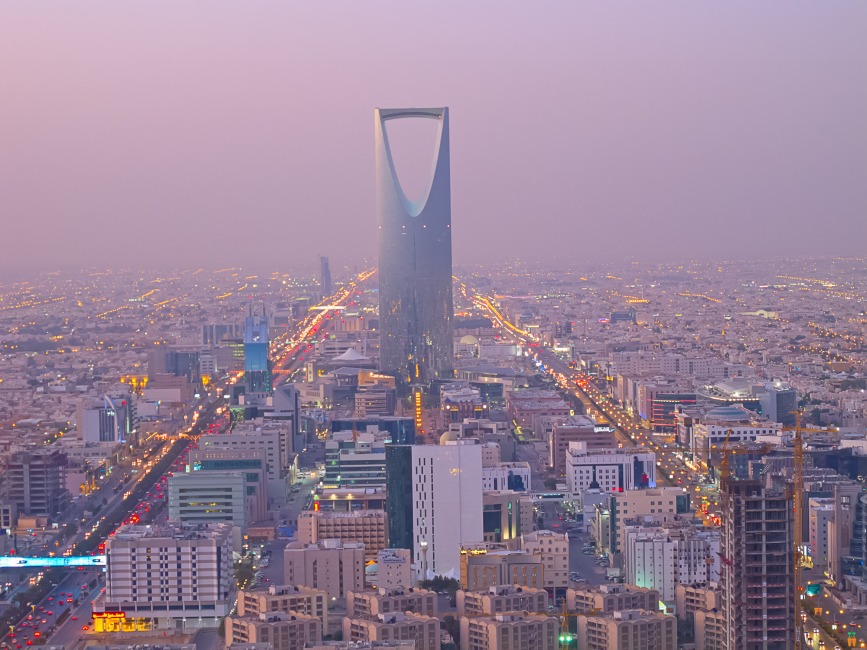 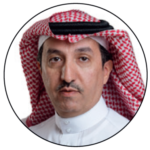 Saudi Arabia’s current growth is unusual. The International Monetary Fund’s (IMF’s) recent Article IV Consultation report1 anticipates that the Kingdom’s gross domestic product (GDP) will grow by 7.6 percent this year, which we now expect to be the highest among the G20 (Group of Twenty). This will be the country’s best growth performance since the early 2000s.

This success combines diversification, technology and sound policy innovation all at once. These three channels represent the Saudi formula for growth, which we expect to propel performance over the next decade.

After six years of implementation, structural reforms driven by the nation’s Vision 2030 program are beginning to manifest in major changes within the Saudi economy. The core philosophy of Vision 2030 is an “organized disruption”, which is enabling the economy to thrive, businesses to flourish and Saudi citizens to attain new levels of prosperity.

In this article, I will describe Saudi Arabia’s organized disruption and what is needed to maintain such performance over the long term. Our themes are the re-transformation of the Saudi economy, diversification of activity, and enabling opportunities and aspirations within the private sector.

Economic planning is not new within the Kingdom. The Saudi government adopted a series of five-year plans starting in the early 1970s. These plans focused on strategic development and infrastructure projects. They were intended to enable specific aspects of the economy (industry, healthcare, social services and education) to improve economic standards. These plans contributed to a large-scale transformation of the Saudi economy and sizeable improvements in citizens’ welfare.

Nonetheless, that transformation did not set up diversified, sustainable and rapid growth, since the plans were narrow in scope. Today, however, given the integration of the world economy, changing geopolitical risks and rise of digitalization, the Kingdom requires a new catalyst for development and the “re-transformation” of the Saudi economy.

Consequently, the country’s Vision 2030 is an all-encompassing and far-reaching plan comprising three pillars: an Ambitious Nation, a Vibrant Society and—most relevant here—a Thriving Economy. Supporting them are 11 Vision Realization Programs (VRPs). Crucially, while many of the contributors to the nation’s growth performance are driven by the economy pillar, the other two pillars provide important synergies for growth, including through improved government effectiveness and the creation of economic opportunities.

The Saudi government is reconfiguring its role to focus more on enabling the private sector. This is expected to reshape the economy’s structure to be more sustainable, diversified and less reliant on oil revenues. The regulatory ecosystem is also being improved to render the business environment more attractive for both local and foreign investors. And critically, due to the overarching scope of Vision 2030, the Saudi government’s actions are all coordinated in a unified roadmap.

It’s not just about oil.

As of 2022, the Kingdom’s primary export remains oil. Nonetheless, the country’s recent success is not confined to only energy markets. Rather, the success stems from the concerted efforts we are putting into reforms.

Indeed, as IMF economists Amine Mati and Sidra Rehman remarked, “Saudi Arabia is likely to be one of the world’s fastest-growing economies this year as sweeping pro-business reforms and a sharp rise in oil prices and production power recovery from a pandemic-induced recession in 2020.”2

It is true that the rise in oil prices has contributed to stronger reserve buffers and provided a fiscal backstop for economic performance. However, the comprehensive policy initiatives are now playing a crucial role in sustaining this economic performance, irrespective of oil revenues.

Central to that effort is the consolidation of the fiscal space. One crucial initiative under Vision 2030, the Fiscal Sustainability Program, aims to sustain public finances by implementing reforms to diversify revenues. Among other achievements, the program has improved budget implementation across the public sector, enhanced budget discipline and created the National Debt Management Center (NDMC) to oversee sovereign liabilities.

In the same vein, Saudi Made is an initiative led by the Saudi Export Development Authority (Saudi Exports). Its objectives are to incentivize Saudi businesses to export more and to encourage local consumers to choose goods and services produced within the Kingdom. At present, more than 7,000 products are being produced and marketed under the scheme, which includes the distinctive Saudi Made branding.

Further examples exist within financial services. The Kingdom now boasts a world-class suite of payment services, so Saudi consumers and businesses can execute transactions quickly and at low cost. Likewise, government payments can be made directly through the SADAD Payment System.

Beyond payments, Saudi Arabia’s growing financial sector continues to expand the range of products it offers to households and services to allow them to invest, save and insure themselves against risks. Supported by growth in traditional sectors, such as mortgages and SME (small and medium-sized enterprise) lending, the Saudi financial sector is playing a critical part in economic diversification as well as contributing to growth directly.

To allow the Kingdom to benefit from the momentum of digital finance, SAMA (Saudi Central Bank) has worked hard to make financial products and services more convenient. Digital banking is being given particular attention to help this niche grow and offer an array of useful services, including payments, microfinance, insurance brokerage, electronic transactions and money transfers. As of October 2022, SAMA has licensed 3 digital banks and 22 fintech (financial technology) firms. SAMA has also launched its Open Banking initiative to allow customers to share their data with third parties in a secure manner. We hope that Open Banking will allow customers to benefit from new services and technologies and expect it to support financial inclusion.

Can Saudi Arabia’s current pace of growth be sustained? The answer to this question is a tentative yes. However, this depends on continued work to strengthen the Saudi economy. Building on fiscal discipline and a strong, stable financial system, the Saudi government is developing a broad spectrum of opportunities for its citizens. Here, I will focus on just three of the many developments: addressing climate change, the Public Investment Fund’s development of the private sector and female empowerment. Together, these opportunities are helping citizens achieve greater prosperity and progress toward their aspirations.

First, the Saudi Green Initiative catalyzes sustainable opportunities for future generations with $187 billion (SR 700 billion) of investments intended to expand the green economy. The Initiative offers various new instruments to finance green energy in line with Saudi Arabia commitments. And, given the nation’s distinguished position within the global Islamic finance sector, we are at the forefront of developing financial solutions to finance the green economy, such as green sukuk and other instruments that will support inclusive growth through ethical investment. In October 2022, the Public Investment Fund (PIF), in line with its Green Finance Framework, issued green bonds with tenors of up to 100 years for the first time, aiming to finance projects in renewable energy, clean transportation and sustainable resource management. This issuance complements the PIF’s broader initiatives to enable environmental, social and governance (ESG) investing.

Second, opportunities are growing in the private sector. As Saudi Arabia’s sovereign wealth fund, the PIF provides a major stimulus to the private sector through engagement in the country’s giga-projects. With $620 billion of assets under management, the PIF has created 55 new companies across 13 strategic sectors. For example, the Shareek(Private Sector Partnership Reinforcement Program) program aims at bolstering public-private partnerships by enabling large companies’ local investments. The program is expected to boost the private sector’s contribution to GDP by up to 65 percent by 2030, increasing job creation with a commensurate boost to economic growth.

Finally, women are both benefitting from—and creating—many new opportunities. Material increases in female participation mean that women now make up more than a third of the labor force, which has underpinned growth, especially in the services and commerce sectors. A favorable regulatory framework has been enacted to remove restrictions and create more hiring opportunities. Together, these changes have helped the Kingdom meet its 2025 target (30 percent female participation in the labor force) four years ahead of schedule.

This year’s growth is not an ordinary achievement for the Saudi Arabian economy. However, I expect the Kingdom will remain among the fastest-growing economies in the world for much of the coming decade, given the momentum provided by these structural reforms and the synergies they have created. The Vision Realization Programs will continue to drive Saudi Arabia’s organized disruption.

We recognize, nonetheless, that continued effort is needed. To build on our progress so far, we will continue to develop further reforms, including (i) fiscal sustainability independent of oil revenues; (ii) enhanced social-safety nets to ensure growth is inclusive; and (iii) adapted monetary and financial policies according to global developments and challenges.

That said, the reforms we have completed are already paying off. The recent Saudi experience, in my opinion, illustrates how concerted investments and reforms can provide economic growth to be enjoyed by future generations.

ABOUT THE AUTHOR
Dr. Fahad Alshathri has served as the Deputy Governor for Research and International Affairs at the Saudi Central Bank (SAMA) since June 2022. Prior to joining SAMA in 2016, Dr. Alshathri served as Saudi Arabia’s Executive Director and Member of the Executive Board at the International Monetary Fund. He was previously an Economic Advisor at Saudi Arabia’s Ministry of Finance.
Back To Top
Digital FinanceFahad I. AlshathriFinanceInternational Monetary Fund (IMF)National Debt Management Center (NDMC)Open BankingSaudi ArabiaSaudi Arabian EconomySaudi Arabian Monetary AuthoritySaudi Central Bank (SAMA)Saudi Export Development AuthoritySaudi Made
0 comment 0 FacebookTwitterPinterestEmail
previous post