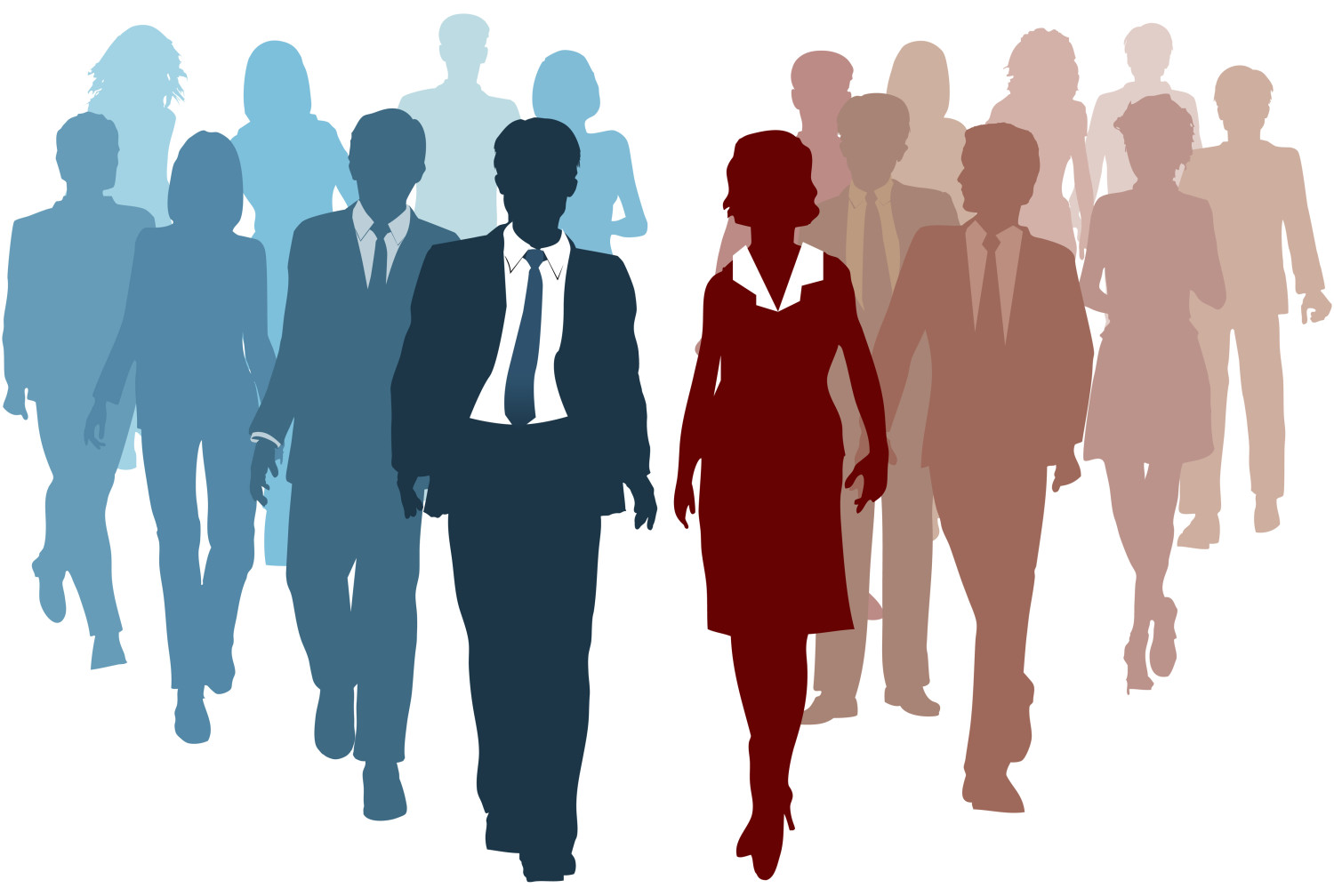 “Our people are our greatest asset” is such a common statement of corporate belief that to many it is either a statement of the obvious or a cliché. As is that staple of many a management textbook: “what doesn’t get measured, doesn’t get managed”. Put the two together, and you’d think measurement of people and their value to the business would underpin any corporate management system? And you’d think it would be a central theme of an organisation’s dialogue with its stakeholders (customers, investors, lenders, regulators, employees)? Think again.

People don’t feature explicitly on balance sheets. They appear in the profit and loss account as a business cost, although some companies don’t even provide breakdowns of the money they spend on people. Our research suggests that people-related issues are rarely a hot topic for analysts and investors unless it’s an issue about the current leadership or succession planning. It is not as if people don’t matter: a recent literature review by academics at Harvard University found extensive evidence of associations between how people are managed and indicators of financial performance ( A. Bernstein and L. Beeferman, “The materiality of human capital to corporate financial performance”, IRRC Institute, April 2015).

This is only one part of a bigger issue, namely the very limited definitions of assets (and investment in them) that form the foundations of company accounts and, until very recently, the national economic accounts.

Classifications of assets have traditionally focused on things that are physical or tangible: plant, equipment, machines, buildings, vehicles and (more recently) computers. We can see and count them. We can estimate how much it costs to acquire or develop them (which we can score as investment); we can estimate the costs of maintaining them in good condition (or, alternatively, the depreciation in their value). And because they can be bought and sold, they have residual value, which is why they feature on a company’s balance sheet.

In reality, the value that organisations create (and occasionally destroy) is based on a much broader range of assets. These include the knowledge held by an organisation and how effectively it can be deployed, the quality of its management and leadership, the expertise of its people, its systems and structures, its culture and working methods, and its reputation (brand). But these assets are intangible. They may lack physical form, making them difficult to measure, or lack any reliable residual value, which means they don’t appear on a balance sheet. But they exist, companies spend money building them, and they occasionally make an appearance in their accounts as goodwill via a company or brand valuation.

However, this dichotomy is increasingly out of place as our economies generate more value from knowledge rather than effort and as digitisation means that more “‘output” lacks physical form. Company accounts lose meaning as the source of all the information you need to know when assessing the performance of a company. Likewise, the impact of computerisation and other technologies has been slow to show up in economic statistics. This may be because their impact requires a critical mass of adopters, but it may also be because they are not well measured.

A breakthrough in the economic treatment of intangible assets came a decade ago when Carol Corrado, Charles Hulten and Daniel Sichel published an integrated taxonomy of intangible assets (“Measuring capital and technology: an expanded framework”, in C. Corrado, J. Haltiwanger and D. Sichel (eds), Measuring Capital in the New Economy, University of Chicago Press, 2006). They divided intangible assets into three broad categories, with each containing a number of sub-headings:

Computerised information is software and the value generated from databases and systems. Some of this is purchased externally (software licenses), but the majority of business investment here is through what is called own-account software, which is the staff time that companies commit to creating new software or adapting purchased software to meet their requirements. Computerised software is now recognised as an investment in the national economic accounts.

Innovation property describes those knowledge assets that firms draw on when introducing new products and services or new ways of doing things. Scientific Research and Development (R&D) will feature prominently in many industries, but hardly feature at all in others. Although we can estimate the costs of R&D, what it produces (knowledge, not all of which is even published) is especially hard to place a value on. There is a small chance that some of this knowledge may yield a world-beater, and a good chance nothing commercially successful will ever result. There is a statistical framework for measuring R&D (called the “Frascati Manual”), and R&D has just been included as an investment category in the latest update of the methodology used to produce national economic accounts.

But not all innovation includes scientific R&D. Another common form of investment is in design, to test out prototypes and develop both products and services.

Economic competencies includes the value of the brand, which is built through investments in advertising and market research. It also includes the value of its firm-specific human and organisational capital. The latter captures the ways in which people and organisations come together to create a competitive edge—sometimes described as culture, or “the way we do things round here”.

Corrado, Hulten and Sichel estimated total US business investment in intangibles at approximately 10-12 percent of GDP a year. Similar studies have been carried out elsewhere, and the results are shown in Figure 1. These are not exactly comparable statistics basis because data availability and quality varied. Nevertheless, they suggest that knowledge-intensive and innovation-focused economies such as the USA, Japan, the UK and Sweden invest the most in intangible assets.

We have more comprehensive and up-to-date information for the UK, including estimates running back to 1990. Figure 2 shows that investment in intangibles surpassed investment in tangibles in 2001, with the gap increasing to 45 percent by 2011. We also have a detailed breakdown of intangibles investment for the UK market sector, which is shown in Figure 3. This shows that nearly as much is spent on design as on scientific R&D. The big ticket items, however, are training and investment in organisational capital, most of which is own-account and not bought off the shelf from consultants.

Showing how much companies spend on these assets is itself valuable public knowledge. It has also been used to help quantify the extent to which the productivity improvements that most major economies saw during the 1990s and 2000s were the result of companies accumulating intangible assets that complemented the new technologies being introduced.

The distinction between tangible and intangible assets can also help to explain the competitive positions of industries and markets as well as the actions and performances of individual businesses. However, there are some stumbling blocks:

Our research into how people-based measures are used indicates there is also an issue of supply and demand. Firms don’t invest time and effort into the systems required for effective quantification because they don’t see a demand for the data from regulators, investors or analysts. But these bodies typically don’t ask for analyses of intangible assets because they are not there or because they don’t know how valuable they will be. As a result, the status quo persists.

In the people space, CIPD has joined forces with other organisations in an initiative called Valuing Your Talent, which aims to develop and champion the reporting of human-capital metrics as a means of improving organisational performance. Our initial work suggests four metrics that firms could find valuable if enough of them collect standardised data and include them in narrative accounts of their performance: staff compensation and benefit costs, recruitment costs, training and development costs, and an employee engagement score (if this is measured). (The report “Valuing your talent: key findings and conclusions”, July 2014, is available on the CIPD website.)

Finally, time for another management cliché: “you don’t get a pig fat by weighing it”. We need better measures of human capital, but they aren’t a substitute for good people management—they just make it more effective.

Go to top
ABOUT THE AUTHOR
Mark Beatson is Chief Economist at the CIPD, the UK’s professional association for HR and development. His role includes leading the CIPD’s labour market analysis and commentary, while also strengthening the CIPD’s ability to lead thinking and influence policymaking across the whole spectrum of people management and workplace issues.

Prior to joining CIPD, Mark was an economic consultant and for over 20 years worked as an economist in the Civil Service, latterly at Chief Economist/Director level, in a range of Government departments including the Department for Business Innovation and Skills (BIS), the Department for Innovation, Universities and Skills (DIUS), the Department of Trade and Industry (DTI) and HM Treasury. Mark is an Honorary Visiting Professor at the London Guildhall School of Business and Law, London Metropolitan University.

Negative Interest Rates: From the Wholesale Market to the Small Household