Top Posts
Is It Time to Explore an Alternative to Fractional-Reserve Banking?
Can AgTech Prove Instrumental in Helping to Feed the World’s...
Can the Indo-Pacific Economic Framework Expand US Economic Influence in...
Banks Remain Uniquely Vulnerable to Sophisticated Cyber-Attacks
Western Banks Willing to Accept the Short-Term Pain of Russian...
Why the US Is Ramping Up Its Presence in Somalia...
Home Finance Policy Uncertainties Mean Construction May Jump—or Slump
Finance 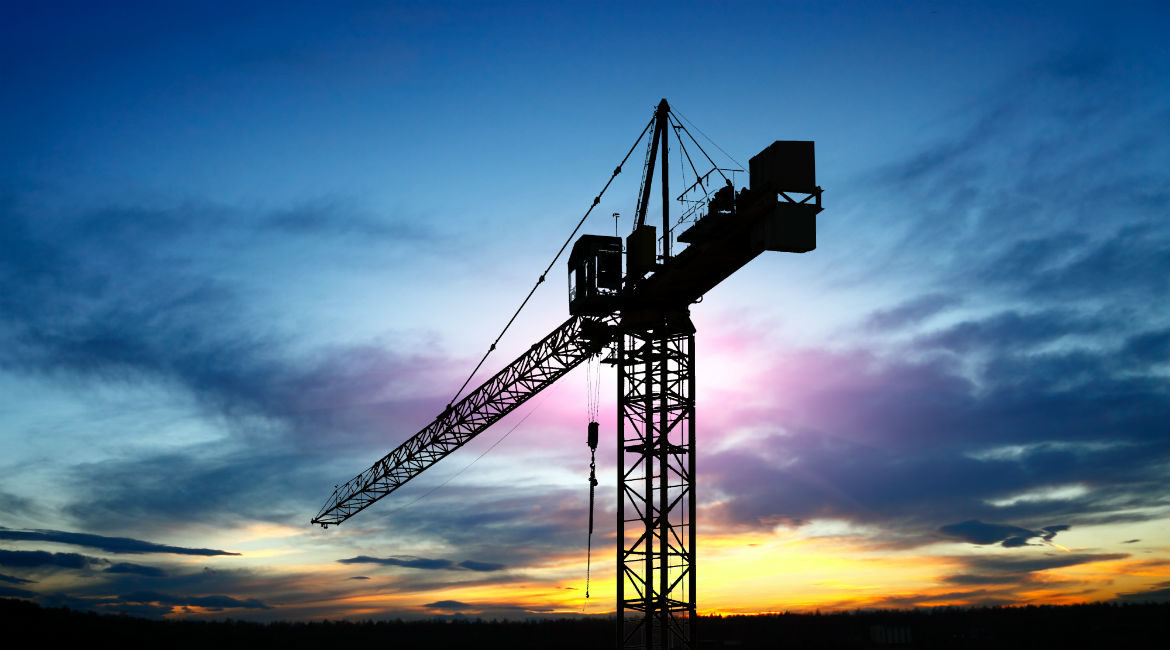 The construction industry is a major employer, purchaser of goods and services from other sectors, and producer of structures that are vital to every household, business and government. Policies that affect construction are likely to be felt far beyond the industry; conversely, broad policy changes are likely to affect contractors and their workers.

As a candidate and President-elect, Donald Trump promised to put in place sweeping policy changes in at least five areas that have vital implications for construction. So far, however, most of those promises remain unfulfilled, undefined or abandoned. Meanwhile, the course of the economy—and the implications for contractors—remain much as they did before the election, albeit with a much greater range of uncertainty.

The broadest measure of economic activity, known as inflation-adjusted gross domestic product or real GDP, inched up 0.7 percent at a seasonally adjusted annual rate in the first quarter of 2017, according to the initial estimate by the Bureau of Economic Analysis on April 28. By comparison, real GDP increased at a 2.1 percent rate in the final three months of 2016. Despite the sluggish first-quarter growth, there has been little change in the economic outlook of most forecasters recently. Among the 97 economists at companies and trade associations who participated in the latest quarterly survey of the National Association for Business Economists, just under two-thirds (65 percent) said they expect real GDP to grow at a rate between 2.1 percent and 3.0 percent from the first quarter of 2017 through the first three months of 2018. A nearly identical share of respondents (64 percent) in the previous survey predicted growth would be in the same range from the fourth quarter of 2016 to the end of 2017.

Here’s a rundown on what President Trump suggested he would change, what has happened to date, and how construction might be affected for each of these policy categories.

Infrastructure. Trump has frequently promised massive increases in infrastructure spending. Clearly, a boost in infrastructure outlays would be a big plus for construction firms, workers and suppliers. Well-chosen projects could make important contributions to economic growth, productivity, safety and quality of life. However, he has yet to suggest how such spending would be financed or allocated among project types or states and localities. And his initial outline of spending proposals for fiscal 2018 (October 2017-September 2018) would reduce or eliminate several forms of federal support for construction spending: so-called TIGER (Transportation Investment Generating Economic Recovery) grants for highway and intermodal projects, and funding for rural water and wastewater systems, low-income housing and regional-development commissions. Although initial Congressional reaction to the spending cuts was largely unfavorable, it does appear that Congress will at least trim several categories of outlays in order to fund defense-spending increases.

Enactment of the appropriations bills that set spending levels is unlikely before October. As a result, firms that depend in part on these programs for revenues will face several more months of uncertainty.

Immigration. Trump famously promised to build a wall along the entire U.S.-Mexico border, and to get Mexico to pay for it. While such an undertaking would have brought business to a few construction firms, there seems to be little prospect that Congress will approve it, and no possibility that Mexico will pay for it. However, the Trump Administration has noticeably increased the number of deportations and reduced the issuance of visas for would-be immigrants. These steps, along with other proposed measures, have led some foreign-born workers to leave the country and have deterred visitors, students and workers from coming to the US.

Without immigrants, many communities will experience less demand for housing, schools, retail and consumer services. Their revenue base for funding public construction may also suffer. In other words, immigration initiatives may be bad for construction labor supply AND demand.

Taxes. The President has presented only a very broad outline of a tax-restructuring plan. On its face, it appears the package would greatly add to the federal deficit, although administration officials assert that tax-rate cuts would stimulate economic growth. Unlike some industries, contractors do not have a unified wish list for tax changes they want or object to. But they have a lot at stake regarding the tax treatment of different categories of investors or purchasers of their output.

For instance, the tax package could encourage investment in structures and equipment, which would be beneficial for construction. On the other hand, possible elimination of property-tax deductions and a steep increase in the standard deduction would make the tax treatment of home ownership much less favorable, while potentially adding to demand for multifamily construction and rental housing. And, unless the package is structured to keep the deficit from rising sharply, there is a risk that deficit increases would push up interest rates enough to jeopardize both business investment and state and local government bond issuance for infrastructure and building projects.

Thus, the administration’s tax plan could have a significant impact in either direction on demand for various types of construction—if it is enacted. But, as of now, enactment appears to be a long shot, with Congressional Republicans divided and Democrats unanimously opposed.

Trade. Trade policy is another area of shifting signals. After repeatedly calling the North American Free Trade Agreement a “disaster” and threatening to withdraw from it, the President announced on April 26 that he would not do so “at this time”. But that announcement followed just a day after Secretary of Commerce Wilbur Ross announced the imposition of 20-percent tariffs on Canadian softwood lumber, a step the National Association of Home Builders said would add several hundred dollars to the prices of new houses. Perhaps more problematic for some contractors, the government has moved to limit imports or impose duties on steel and aluminum products. The administration has also threatened to apply “Buy American” provisions more broadly to projects receiving federal funding and perhaps even to construction that requires federal permits, such as Section 404 (Clean Water Act) permits for storm-water runoff.

These trade actions threaten to drive up prices or limit availability of many products contractors use. Furthermore, if the countries that are the target of these moves take countermeasures, US businesses that export to those nations could find their markets shrinking, which could cut into demand for construction from many agricultural producers, food producers and other export-focused manufacturers, freight-transportation firms and port facilities. These impacts are likely to far outweigh the gains if any contractors win orders from businesses that decide to relocate or expand in the US.

Regulation. There have been numerous regulatory rollbacks, relief measures and freezes that the administration and Congress have taken since Inauguration Day. However, some of the steps may deliver less than they appear to, either because of state and local regulations or because undoing a rule that is already in effect can take as many steps and years as promulgating it required. For example, the President reversed President Obama’s order blocking the Keystone XL oil pipeline from Canada to the Gulf Coast.  But construction of the pipeline is unlikely to start until state regulatory hurdles in Nebraska are resolved.

Whether these and forthcoming regulatory initiatives ultimately help contractors—and the demand for construction—will take years to judge. For now, the impact on the economy and the industry appear to be far less than the President’s rhetoric may have suggested. In short, any of these policy initiatives could affect the course of the economy and of demand for construction. But, so far, there is little evidence that they have made much of a difference or will do so imminently.

As in 2016, the hottest construction segments in early 2017, based on Census Bureau spending data, were office construction, up 21 percent year-to-date; commercial (which Census defines as retail, warehouse and farm construction), up 14 percent; and lodging, up 13 percent. However, not one of these growth rates appears to be sustainable for the full year. Office and lodging construction both grew 25 percent from 2015 to 2016, after logging double-digit growth in 2015 as well. The spending numbers declined at seasonally adjusted annual rates for both categories from December through February, and demand for new buildings may be nearing saturation. As for commercial construction, there is still demand for warehouse construction, especially self-storage centers and “click and collect” facilities inside metro areas that allow same-day pickup of items ordered online. But the biggest portion of commercial construction—retail—is being weighed down by ever more numerous store closings. “Through April 6, closings have been announced for 2,880 retail locations this year,” The Wall Street Journal reported on April 22, citing brokerage firm Credit Suisse, “more than twice as many closings as announced during the same period last year”.

A few major construction categories should improve from their 2016 spending rates, notably single-family housing and “power” construction (which also includes oilfield and pipeline construction in Census’s terminology). Ongoing increases in household wealth, incomes and employment should translate into more home-buying. Power construction will be boosted by the recent approval of several natural-gas pipelines, the doubling of the drilling-rig count in the past year, and construction of a variety of wind, solar and natural-gas electric-generation facilities. Among government-funded construction segments, the only one that seems headed for acceleration is airport construction. All over the country, airports are starting or continuing work on terminal modernizations and expansions; improvements to access roads, parking and rental-car facilities; and overhaul of airside structures. The funding for airport work is largely independent of federal actions, in contrast to highway and other infrastructure categories.

Adding up the forecasts for individual construction segments suggests that total construction spending will increase by 3 to 6 percent in 2017, or roughly the same overall rate as the 4.7-percent growth recorded in 2016. However, several categories of potentially drastic policy changes could drive these figures higher or lower.

Using Blockchain to Increase Financial Inclusion: How Bitt and Netki overcame technical and regulatory challenges to improve financial access in the Caribbean