Top Posts
Challenges Remain, But There Are Opportunities to Be Had in...
Interview with Mr. Olukayode Pitan, Chief Executive Officer and Managing...
Commodities Outlook for 2023
The Value of Cash in a Time of Crisis: How...
The US-Africa Leaders Summit: Fostering a Closer Relationship with the...
Three Key Sectors in Which to Invest in 2023
Home Finance Preparing for the Long Term
Finance 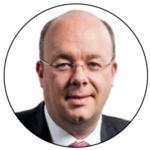 We are all getting used to high levels of uncertainty. Of course, uncertainty is always integral to financial markets. But over the last 15 years, a sequence of crisis events has defined the economic environment in new ways—and driven unprecedented monetary and fiscal policy responses. This has pushed up uncertainty, for which there is even a measure: the Global Economic Policy Uncertainty (GEPU) Index, based on a statistical analysis of newspaper articles on the topic in 21 countries.

Policy uncertainty shows few signs of diminishing. Inflation has now emerged as a major problem, partly due to COVID-19 supply-chain disruptions and the impacts of the Russia-Ukraine war. Long-standing worries about the implications of the highly expansionary monetary policy pursued after the start of the Global Financial Crisis (GFC) have now materialised.

In order to bring inflation rates back down to tolerable levels, central banks have started to tighten policy sharply. They appear prepared to accept significant slowdowns in economic activity (even recession) as the necessary cost of returning inflation to target levels.

The Federal Reserve System (the Fed) chose a front-loading approach with comparatively hefty rate hikes early in its tightening cycle. The European Central Bank (ECB) is now following suit after some initial reluctance due to European economic vulnerabilities. Even in Asia, despite relatively low inflation levels, most central banks have been raising rates, with the important exception of China.

Policy tightening is taking us into a different environment. The good news is that the US economy appears to be in robust shape, and its buoyant labour market should reduce the severity of any slowdown. But the Fed still faces a tough balancing act to pull down inflation while avoiding strong negative effects on the economy. Europe also faces difficult policy challenges, with higher energy costs having, for example, major fiscal implications. China is on a different policy voyage: With inflation rates relatively low, it is looking to targeted fiscal-policy measures to revive growth. The People’s Bank of China (PBoC) has, in fact, managed to ease policy rates. But there are potential storms ahead here, too, as “common prosperity” objectives prompt policy questions around employment, energy and real estate.

None of this has made life easy for investors. Securities markets have been unsettled by this combination of high inflation rates, rising interest rates and growing recession fears. Government bond markets have suffered heavy drops in historical terms. Price setbacks in equity markets have also been hefty but have at least stayed within previous cyclical ranges, in contrast to bond markets.

For an investor, the question is: What to do next? Price declines have helped take valuations on equity markets down to such levels that, according to historical precedents, indices such as the S&P 500 (Standard and Poor’s 500) and the STOXX Europe 600 could show appreciable positive returns over the next 12 months. But identifying turning points needs some care—and there are no signals yet that inflation rates are about to move decisively and sustainably down toward target levels.

To deal with continued volatility—and to prepare for an eventual recovery—many investors may, however, think this is a good time to consider longer-term shifts in portfolio positions or reallocations. For some investors, alternative investments (such as private debt, private equity or real estate) may provide one way to improve portfolio diversification. Identifying long-term investment drivers can also provide a guide to navigating through these difficult seas. Here are five to consider.

As a driver of economic development, technology is far from a spent force. Efficiency gains can be expected in areas such as e-commerce, cloud activities and the Internet of things (IoT). Tech companies will learn to deal more determinedly with other aspects of cost management. But an equally big story may be in their responses to decreased enthusiasm for full-scale globalisation and extended supply chains. We should expect important sectoral changes (e.g., relocations in key manufacturing areas such as semiconductors), but there will still be substantial investment demand and opportunities here.

Demographics take a long time to change direction, so they are reliable pointers to many long-term themes, and healthcare remains a major and well-established secular growth story. Population growth and ageing societies are likely to keep this already enormous sector expanding faster than overall global economic growth—particularly given significant pent-up demand in many emerging markets. For an investor, the multifaceted nature of the sector, with both growth (biotechnology) and value (pharmaceuticals) components, may offer an attractive way to add equity exposure in a considered way and improve portfolio quality.

Infrastructure is also often regarded as slow to shift, but many structural changes are underway in this sector. Some will demand adjustments to investment approaches. Importantly, the sector has proved relatively resilient to spending pressures. In Europe, the European Union (EU) resilience plan targets infrastructure investments, and significant funding has been pledged in the United States and elsewhere. But this is definitely not more of the same. Digitalization is one factor driving change and encouraging new infrastructure projects and areas. The investment focus is now not only on achieving income flows via managing infrastructure provision. Instead, smaller, often more sustainably and locally focused projects also offer the potential for capital appreciation—at the price of increased risks.

On a long-term horizon, investors cannot ignore China. Economic growth has slowed there recently, due in part to COVID containment policies, and many fear the impacts of politics on the economy and investments. Chinese equity prices have fallen accordingly. We need more clarity on future policy direction, but this will eventually be forthcoming as the Chinese government spells out its long-term economic aims in more detail. Even if this economy becomes more domestically focused over the longer term, the size of the market—and the economy’s technological sophistication—will keep it highly relevant for investors.

Finally, overshadowing the previous drivers, we think that any long-term investment must reflect the realities of climate change. Again, this issue cannot be ignored in terms of financial and “real-world” impacts. A recent Bank of England (BoE) study suggests that if climate-neutrality-focused investments aren’t made quickly, significantly lower long-term equity returns should be expected. Investors focused on climate change have increasing choices on how to act—and not just within the obvious areas, such as renewable energy. Technology is providing expanding opportunities in multiple sectors, and we would argue that, ultimately, all investments will, in a sense, become ESG (environmental, social and governance) investments. But the important thing is to act now, not later.