Top Posts
How Technology Is Helping to Solve Global Supply-Chain Issues
UK Inflation Climbs to Fresh 40-Year High
Extended Reality and the Metaverse Are Leading Financial Services into...
Digital Currency: India’s Move Towards a Digital Financial System
Algarve Snapshot: The Growth of Overseas Buyers
Will London Have to Send More Banking Jobs to the...
Home Finance Quantitative Easing—Should the ECB Act Sooner Rather Than Later?
Finance

Quantitative Easing—Should the ECB Act Sooner Rather Than Later? 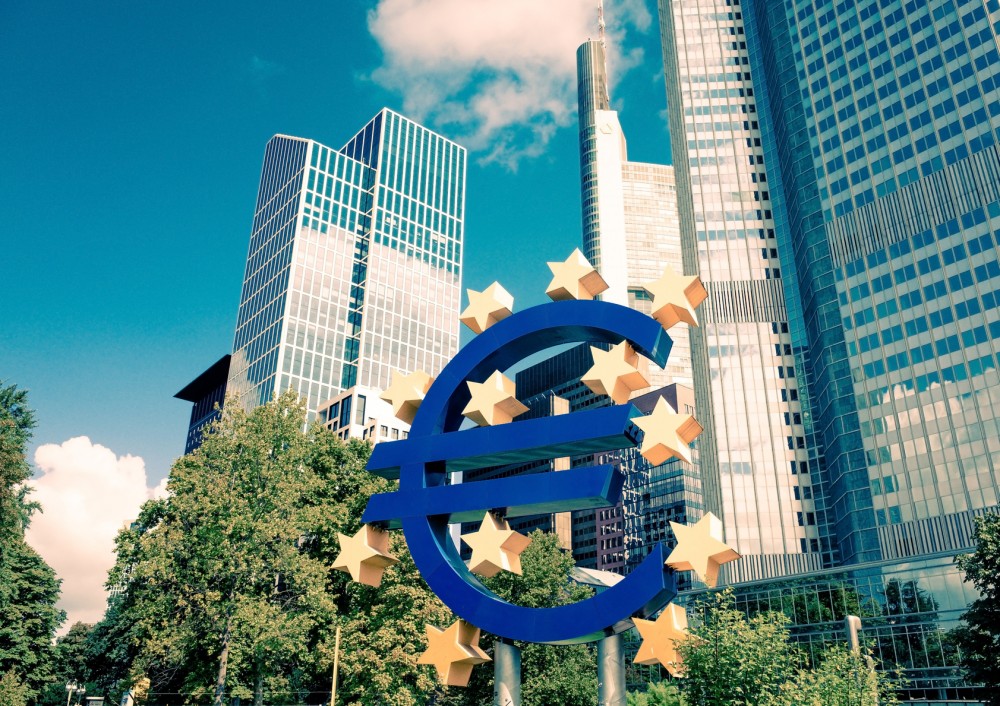 Mario Draghi, head of the European Central Bank (ECB), is tasked with determining European monetary policy. He will be, and has been, looking and acting to stimulate growth across the Eurozone, through a combination of interest-rate policy and other monetary measures. The ECB has to date postponed full quantitative-easing measures and has only very recently announced plans of buying asset-backed securities in the market. Previous focus has instead been on cutting interest rates repeatedly in an effort to push spending and investment across the European economy. The strategy of purchasing asset-backed securities is meant to inject liquidity into the markets and help keep markets moving and stimulate economic activity. However, industry and market participants are questioning the pace and nature of the quantitative easing the ECB is proposing. The ECB head has been left with very little choice given that the Eurozone has been showing weaker performance as the year has progressed. The European economy has been experiencing instability for a prolonged period of time, and the ECB must take action to bring some security to the market mechanism. They cannot risk any further weakening, which may eventually lead to a new phase of recessionary economic activity that could cause an extreme and severe case of deflation across the single-currency region. It is understandable, therefore, that the ECB is now taking more significant action towards supporting the Eurozone’s economy, focussing on driving inflation to stable levels by making the euro more attractive (in other words, weaker) on a global foreign-exchange platform in an effort to stimulate GDP growth through trade.

The ECB has been avoiding full-throttle quantitative-easing (QE) measures and is hoping that this smaller step of purchasing asset-backed securities will be sufficient to accomplish its aims. In particular, Germany, the dominant economy across the Eurozone, is in vocal opposition of QE policies, so for now the ECB will proceed with a phase of purchasing asset-backed securities. However, should this measure fail, full QE will potentially be the only remaining solution. The European Central Bank’s recent interest-rate cut and this new scheme designed to bolster lending will allow the ECB to escape having to resort to full-scale money printing. The ECB is hoping that such a move may never be required.

However, market participants and experts are arguing that this measure itself is already too little too late and that the ECB policy is not addressing the key issues that are stifling the growth of the European economic region. European banks themselves are not low on liquidity; they in fact are holding a substantial amount of cash. The real trouble is that lending has dried up across the region, and subsequently business activity is not growing or developing at a reasonable pace. Advocates of Keynesian economic policy and theory suggest that cutting taxes and increasing public spending would be a wiser solution to getting the machinery of the Eurozone moving properly again and generating growth.

Germany in particular has the economic strength to avoid full-blown money-printing levels of QE. With a strong and sizeable budget surplus, Germany has the resources at its disposal to boost consumption – but will this strength be enough to spill-over and support its neighbouring EU nations? If the ECB does resort to full QE, it would be wiser to support banks that have shown inclinations to lend to business and support the wider economy. New money should be directed very purposely to consumers and investments to generate business—not hoarded away in bank coffers.  Crucially, capital-investment projects should be helped in developing and expanding.

For now, the ECB has set forth plans to lend to banks that have agreed in return to increase the amount of credit given to businesses and companies. This agreement has been made through a pledge to buy units of repackaged debt combined with record-low borrowing costs. The ECB may have done enough at this stage to prevent Europe’s fragile economy from weakening further, but a close eye will have to be kept on the strategy to ensure that the funds are directed to where they are required and intended properly. This phase of measures, titled “QE-light” by certain market participants, is the only strategy under serious consideration at this time—with the ECB fairly confident that this action will be sufficient to provide support for the European economy.

Draghi’s recent set of actions has also outlined his decision to postpone a contentious debate about launching a full programme of QE to buy government bonds. Should full QE be considered more seriously at this time? If the current measures do not achieve the desired effects, and by mid-2015 growth and inflation remain discouragingly low, the ECB will have to take further steps. However, could it be too late to implement these measures in a year’s time? It is important to remember that there is a significant—often a minimum of quarterly— time lag between policy implementation and its effects across the economy. ECB policymakers will wait for a considerable period of time to properly ascertain the cumulative effects of near-zero interest rates, cheap long-term loans for banks and purchases of securitised debt before embarking upon a further phase of action. Draghi has indicated that the ECB has few other choices of action to lift the economy at this time—especially given that the region has reached a lower bound on interest rates. A Reuters poll of economists produced a consensus report indicating that if the ECB buys 400 billion euros (317.75 billion pounds) of asset-backed securities and covered bonds over a period of two years, while banks take up 275 billion euros of cheap loans, these amounts will be enough to drive inflation upwards as well as generate some economic growth. Full quantitative easing would face opposition from political doubters as well as many other involved parties. There are a growing number of objectors within the ECB, who are questioning the wisdom of buying government bonds when borrowing costs are already at record-low levels.

Meanwhile, Mario Draghi is hoping that each nation’s government will independently and concurrently take steps to rebuild each economy domestically, particularly Italy and France. Draghi has been urging leaders of these countries to work towards healing their economies through a range of measures—such as lowering taxes and improving labour laws to make workforces more flexible and accessible. The willingness of Europe’s politicians to reform has become increasingly lacklustre—an increasing frustration to Germany, which is bearing the brunt of the European economic burden given its relative economic prowess. Germany is pushing for economic reforms in neighbouring nations—in particular France and Italy—arguing that they must address their heavy debt burdens. On the other hand, many other ECB members are calling for Germany to spend more to drive the European economy.

In September and also in December of this year, the ECB will offer banks four-year loans in order to encourage them to lend to businesses and individuals; this is expected to generate hundreds of billions of euros of credit. Consequently, the majority of market and economic analysts are expecting increased demand in December as banks plan their lending priorities for 2015, and concerns over potential capital shortfalls from the AQR (Asset Quality Review) will have settled by this time. A separate project to buy asset-backed securities, including repackaged property debt that includes covered bonds, could add a further 500 billion euros of loans, freeing banks to lend further. These plans, which come as record-low interest rates filter through to homeowners and consumers, will take many months to produce results. Many believe that bolder actions will eventually be needed. For now, the ECB will wait and see whether the effectiveness of the range of schemes currently in place will be enough to lift the economy.