Top Posts
Challenges Remain, But There Are Opportunities to Be Had in...
Interview with Mr. Olukayode Pitan, Chief Executive Officer and Managing...
Commodities Outlook for 2023
The Value of Cash in a Time of Crisis: How...
The US-Africa Leaders Summit: Fostering a Closer Relationship with the...
Three Key Sectors in Which to Invest in 2023
Home Finance Qui Tam Economic Whistleblowing: The New Paradigm for Prosecuting Bank Frauds
Finance 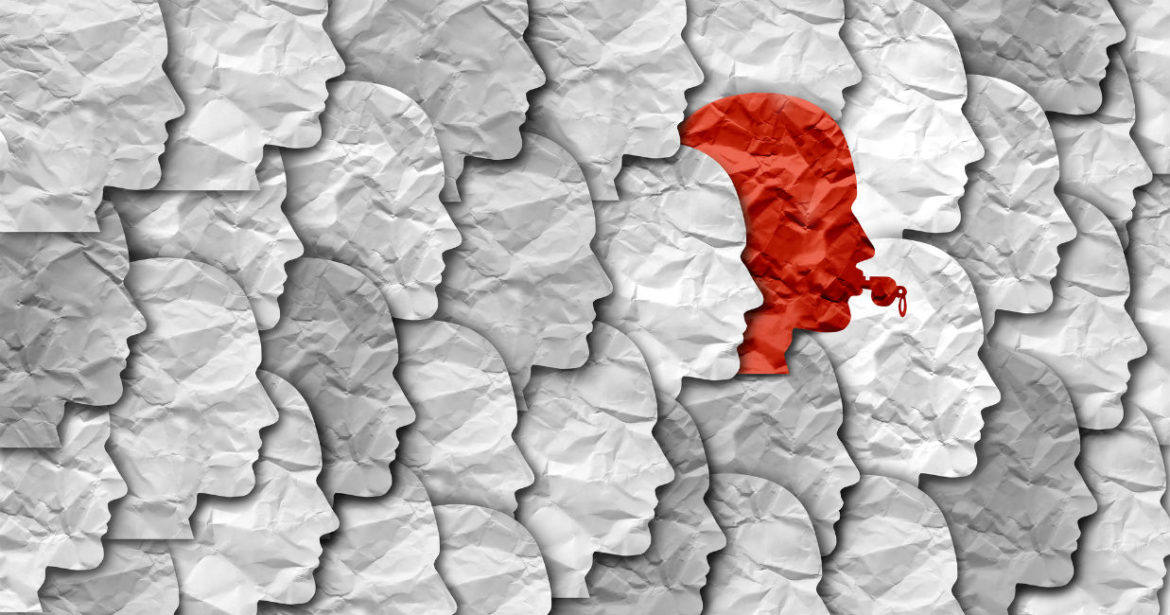 There is a new policeman on the block who is playing a key role in the detection and prosecution of large-scale economic crimes. This policeman does not wear a uniform or carry a gun. This cop operates strictly undercover. He or she may be your co-worker, “friend”, manager or even a client. The new policeman is the Qui Tam Economic Whistleblower.

What is a Qui Tam Economic Whistleblower?

To understand the new paradigm for policing illegal banking and other major economic crimes, it is critical to go back in time to 1863 when the United States Congress enacted a qui tam (in Latin, “who as well”) provision as part of the False Claims Act, also referred to as the Lincoln Law (a law targeting economic crimes in government contracting). Senator Jacob Howard, the Senate sponsor of the original qui tam law, explained that paying monetary rewards to “insiders” with information about frauds was the best way to detect and prosecute fraudsters. The theory was very simple: Use financial rewards as a “strong temptation” to get co-conspirators to turn on each other and “betray” their co-conspirators.

Senator Howard’s discussion on the Senate floor on the utility of using qui tam rewards in law enforcement captures the procedures now used in modern whistleblower law to uncover and prosecute large-scale economic crimes: “[Use qui tam to] hold out to a confederate a strong temptation to betray his coconspirators, and bring him to justice. The bill offers, in short, a reward to the informer who comes into court and betrays his coconspirators. . .. I have based the [False Claims Act] upon the old-fashioned idea of holding out a temptation, and ‘setting a rogue to catch a rogue,’ which is the safest and most expeditious way I have ever discovered to bring rogues to justice.”

His words were prophetic. Although the 1863 law was widely ignored, in 1986, the U.S. Congress modernized its procedures. Congress decided to strongly encourage the use of qui tam in policing government contracting fraud and established a mandatory minimum reward for any whistleblower whose case resulted in a successful prosecution. Under the amended False Claims Act (FCA), any qualified whistleblower whose information results in a sanction under the FCA is entitled to a minimum award of no less than 15 percent and a maximum award of no greater than 30 percent of the government’s recovery. This right is enforceable in court. Thus, if an eligible whistleblower provides the evidence that results in a $100-million sanction, that whistleblower must be paid a minimum award of $15 million and a maximum award of $30 million.

Who is eligible for a reward? Just about any person with original information that can prove a fraud. This includes participants in the fraudulent conduct. Participant coverage is perhaps the single most important feature of the qui tam laws. The best examples of this are the Swiss banking cases, in which the US Internal Revenue Service (IRS) has cultivated Swiss bankers who directly participated in creating illegal bank accounts for US taxpayers. Despite the involvement of these bankers in the criminal activities, the IRS ruled that they were fully eligible for rewards and has paid hundreds of millions of dollars in rewards to Swiss bankers. The logic behind these payments was simple: the bankers who serviced the US clients were in the best position to know who was violating the law and the roles of the banks in facilitating those crimes.

Although participants are fully eligible for qui tam awards, persons who are the masterminds behind a fraud scheme, persons who “plan and initiate” the fraud, are generally excluded from coverage.

Consistent with the objective statistics on fraud recoveries under the FCA, Department of Justice officials with responsibility for the qui tam statutes have understood the critical role that qui tam plays in enforcing anti-corruption laws:

What economic crimes are covered under qui tam laws?

Based on the success of the False Claims Act, the U.S. Congress expanded the scope of qui tam economic-based whistleblower laws, and they now cover most of the worldwide banking and publicly traded economies. Qui tam reward laws are now included as a cornerstone of the enforcement process for the following laws:   False Claims Act, Foreign Corrupt Practices Act, Securities Exchange Act, Commodity Exchange Act, Internal Revenue Code.

The Internal Revenue Service’s reward law is indicative of the broad scope of economic qui tam laws and how they cover international banking. The IRS law not only covers tax frauds and the underpayment of taxes, but as a result of a 2018 amendment, it also covers any criminal violation of US tax laws and the violation of any law (tax related or not) that is under the investigatory jurisdiction of the IRS criminal division. This would include international money laundering.

Professor Dennis Ventry, in his comprehensive evaluation of IRS qui tam whistleblower laws, discussed the impact of the IRS’s payment of a $104-million award to a Swiss bank whistleblower. Professor Ventry explained how the Internal Revenue Service was able to leverage the (Bradley) Birkenfeld qui tam award to achieve remarkable enforcement successes, resulting in billions of dollars recovered and tens of thousands of illegal accounts closed:

The “treasure trove of inside information” that Birkenfeld provided U.S. officials formed “the foundation for the UBS debacle and everything that followed.” Indeed, thanks to one of “the biggest whistleblowers of all time,” the U.S. government (take a deep breath) received: $780 million and the names of 250 high-dollar Americans with secret accounts as part of a deferred prosecution agreement (DPA) with UBS; another 4,450 names and accounts of U.S. citizens provided as part of a joint settlement between the U.S. and Swiss governments; more than 120 criminal indictments of U.S. taxpayers and tax advisors; additional indictments against foreign bankers, advisors, and lawyers; still more foreign nationals pleading guilty to conspiring to assist U.S. taxpayers to file false returns and evade U.S. taxes; the closure of prominent Swiss banks—including the oldest private bank—based on their participation in helping U.S. clients evade tax liability.

As of 2018, more than 56,000 delinquent taxpayers had come forward, and the IRS had collected $11.1 billion in back taxes, while numerous banks had been successfully prosecuted or entered into settlement agreements with the US government. The total amount of revenue generated from the US government’s use of whistleblowers in detecting and prosecuting illegal Swiss banking is estimated at $16.19 billion.

After the $104-million qui tam award was publicly announced, Swiss banking leaders recognized that the ability of bank employees to obtain qui tam payments and become multi-millionaires simply by confidentially disclosing banking frauds to US officials (even if they were involved in the frauds) required a rethinking of their entire US-client-based Swiss banking program. A reporter for Agence France-Presse attended a meeting of Swiss banking officials held shortly after the Birkenfeld award was made public. According to the reporter, these officials recognized that the ability of Swiss bankers to obtain multi-million-dollar rewards had “driven the nail into the heart of the once seemingly invincible Swiss bank secrecy” system. In 2012, a respected banking consultant reportedly declared that their US-client offshore-banking program was “over”:

“Banking secrecy is no longer there. That’s gone. It is over,” international wealth management consultant Osmond Plummer told a gathering of Swiss bankers in Geneva…. “Something has to change in Switzerland,” he told the seminar, focused on wealth management and banking secrecy. Still reeling from the decision by US authorities to hand a $104 million reward to former UBS banker Bradley Birkenfeld for blowing the whistle on the Swiss bank and handing over details on thousands of clients in a 2008 tax evasion case.

Similarly, the day after the Birkenfeld award was announced, the publication Swissinfo reported on the reaction to the award in the Swiss newspapers and published the following summaries of multiple Swiss press stories:

The Blick tabloid newspaper said, “. . . it proves how ruthlessly US officials are pursuing tax evaders and how determined they are to dry up tax havens.”

Zurich’s Tages-Anzeiger went further, describing it as a “seductive offer for bankers”. “This enormous reward show(s) how the US are raising the stakes in their tax fight with Switzerland. . . in promising such high compensation the IRS are hoping that more incriminating material is handed over.”

The French-speaking daily Le Temps agreed that Birkenfeld’s huge reward could encourage other bank employees to follow his example.

The IRS whistleblower program continues to grow. In the last two years of the program (fiscal-years 2018 and 2019), the IRS has paid confidential whistleblowers $432 million in awards. The US obtained more than $2 billion in sanctions paid by the fraudsters. Officials at every level of corporate or bank management can qualify for qui tam rewards. Under the new economic whistleblower laws, it can be far more profitable to turn in the crooks than to continue to participate in unethical or illegal conduct.

Have Kids, Will Travel to One of Four Family-Friendly Luxe Resorts in The Algarve, Portugal