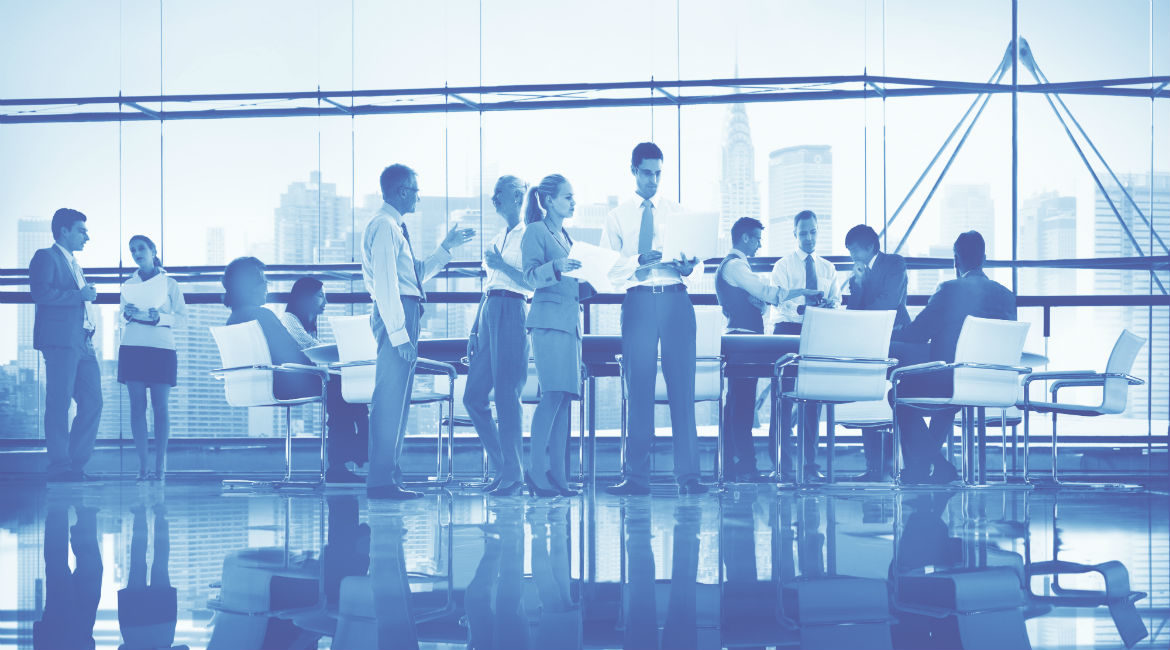 By Byron Loflin, CEO, Center for Board Excellence

Corporate governance is advancing and improving globally. Finally, board chairs and investors are pointing towards corporate-governance excellence as key to long-term value creation and economic stability. Corporate governance is now a top priority for BlackRock, State Street, Vanguard and others. In 2008, this was not the case.

Prior to the 2008 global financial crisis (GFC), corporate governance was mostly the domain of lawyers and academics. The GFC uncovered major cracks in the global corporate infrastructure. Most would rather forget that on March 6, 2009, the DJIA (Dow Jones Industrial Average)hit a low of 6,443.27, but as George Santayana cautioned in 1905, “Those who cannot remember the past are condemned to repeat it”.

One of the world’s largest financial institutions remains in the spotlight for its serial misconduct, allegedly embedded within its cross-selling culture for more than 10 years. The Federal Reserve Board of Governors recently issued an order requiring the bank to submit a written plan for enhancing its board’s effectiveness to carry out oversight and governance responsibilities. This should serve as notice to all banks, and the boards that lead them, that the time has come to give governance its due. Bank boards have an indisputable responsibility to take a leadership role with respect to identifying, implementing and managing good governance oversight. The question is: What is required to ensure that the board you have is up to the task? Is refreshing the board’s membership enough?

We can do better. Maintaining infrastructure requires a thorough process of inspection, measurement and implementation of corrective action. If we intend to grow our $75 trillion global economy, our world needs leaders who envision a future of prosperity for all individuals, in which the middle and lower financial classes have the economic opportunity that allows them to move up in the world, not be left behind, stagnant. This future relies on strong leadership by a diverse group of individuals leading corporations, especially in the financial-services sector, who have learned from and are not constrained by the past. Accordingly, a dynamic corporate-governance structure requires more than mere refreshment. It needs a reboot.

Corporate governance presently has many voices and many definitions. A board today is expected to be a diverse representation of a company’s stakeholders, its members skilled in areas traditionally reserved for management—such as strategy, innovation and cyber-security. Having worked with hundreds of boards, assessing their strengths, skills and deficiencies, we have found that a vast majority of thoughtful board members are responding to the call to do more. They are building better boards, not by refreshing but by rebooting, and achieving greater diversity in their membership. Their efforts have undeniably benefited their boards and their companies. 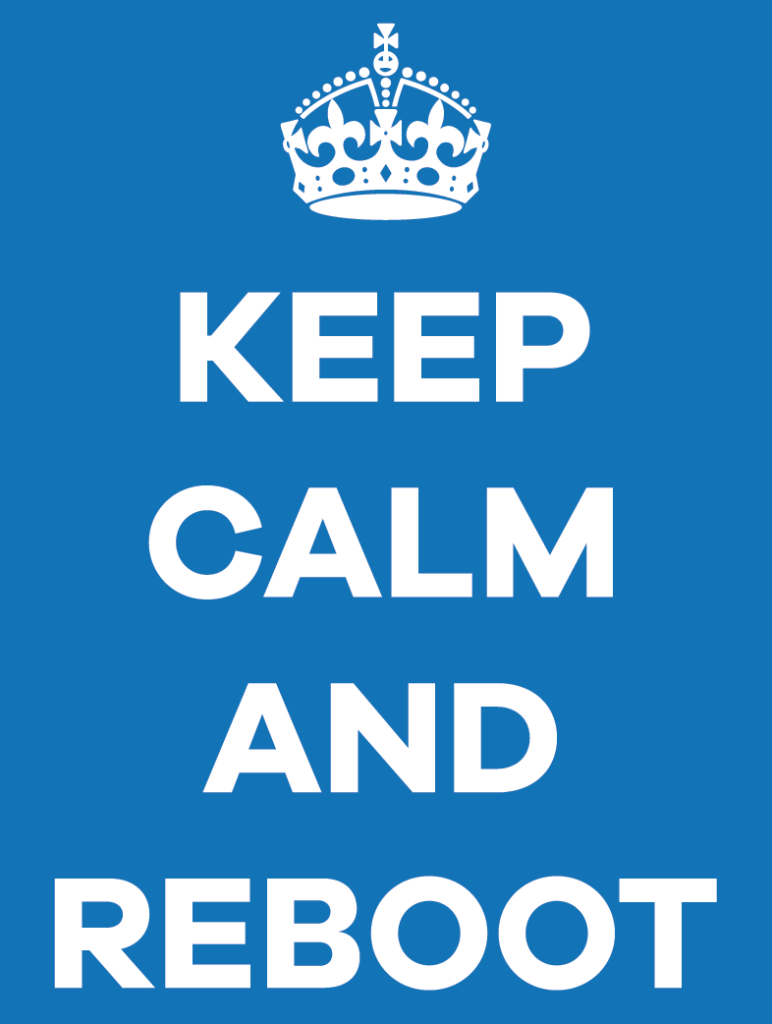 Reboot, by definition, is “to make a change in (something) in order to establish a new beginning; to produce a distinctly new version”. Rebooting a computer is required when memory and resources slow or render a computer nearly inoperable. The benefits of a reboot include clearing memory, stopping memory leaks, fixing small operating-system errors, and installing updates. Peter Drucker once commented, “If you want something new, you have to stop doing something old.”

Board composition is being critiqued by investors, regulatory bodies and stakeholders. Research is emerging that suggests governance and diversity are directly tied to business performance and sustainability. Ineffectual boards were behind most or all of the scandalous business failures during the past 20 years, leading to catastrophic economic decline. Few can intelligently refute that increased diversity has elevated the structural integrity of boards within the past five years.

To add texture to our definition and understanding of “diversity”, in an often-cited 2013 article from the Harvard Business Review, “How Diversity Can Drive Innovation”, Sylvia Ann Hewlett et al. provide insight, defining diversity as embodying both inherent attributes—such as gender, age and ethnicity—and attributes acquired from education and experience. Their research found that companies with diverse leadership out-innovated and out-performed their less diverse cohorts. Additionally, McKinsey’s 2017 Delivering through diversity study of more than 1,000 companies in 12 countries found a “positive correlation between gender diversity at the executive level and profitability, as well as value creation”.

In addition to actively searching for candidates who possess requisite acquired skills and expertise, the most effective boards in the banking and financial-services industry are actively identifying highly qualified women and candidates of all ages from diverse racial, ethnic and geographical backgrounds to position their companies for the future. For banks and other financial institutions expanding their current markets or identifying new services, the insight of a diverse, innovative and inclusive board is invaluable. Investor-led efforts to add women, in particular, to boards are not abating. BlackRock, State Street and proxy advisor Glass Lewis are among those actively working to decrease the number of all-male boards.

“What boardrooms need is diversity of perspective: gender diversity, ethnic diversity, international diversity, entrepreneurial diversity, and don’t forget technical diversity as technology is the biggest disrupter of virtually every business.” (Betsy Atkins, “Seven Critical Elements of a Board Refreshment Plan”)

While the number of women who now serve on boards has improved, many say the pace of change has not been quick enough. The 21 companies in the banking and capital-markets sector that responded to a 2016 PricewaterhouseCoopers survey indicated that just over one in ten new directors on their boards were women, and women comprised just 26 percent of board membership. Among S&P 500 companies, generally, the average rate was an even smaller 21 percent, and only insurance companies had a rate lower than that of banks. Contrast this to the entertainment and media companies that reported that two-thirds of their new directors were women.

Rakhi Kumar of State Street Global Advisors put the diversity issue bluntly when she said, “This is about diversity of thought and backgrounds. Women could be 50 percent of your customer base, and 30 percent of your employees. How are you representing the views of half of society?”

Studies such as the one conducted by Hisham Farag and Christine Mallin of the United Kingdom reveal that the benefits of having a diverse boardroom are not limited to US banks. In their research of European Union institutions, Farag and Mallin (2016) found a strong positive correlation between the proportion of women directors on a bank’s board and the bank’s financial performance, and cited other findings including lower rates of earnings volatility, involvement in risky sub-prime lending and financial fragility.

Globally, the G20 average is now 17 percent, due in large part to government-issued mandates to achieve gender parity via quotas in several countries. Ten years ago, this number was approximately 8 percent. Among European Union (EU) member states, in 2016 the average percentage of women on the boards of the largest publicly listed companies reached 23.3 percent. According to the European Commission’s 2016 report, representation of women on boards was highest in France and Sweden (38 percent), and Italy and Finland (28 percent). The remaining 24 countries’ rates fell at or below the EU average. Despite some improvement in the rates of female representation on boards, the proportion of women who serve as board chairs remains unacceptably low, growing from 2.8 percent in 2011 to just 7 percent in 2016. Board composition proportions are no better outside the EU:

Board performance is a hot topic

As the global economy recovers from the many corporate failures of the last 17 years, institutional investors are leading a movement, calling for stability and prudence in the financial markets. Board composition and performance have risen to the top of many investors’ and regulators’ agendas. Seven years ago, undertaking a third-party administered board evaluation was not expected and was mostly voluntary. Today, regulators, governance codes around the globe and, increasingly, investors support or require such practices.

As Betsy Atkins highlighted in her April 2017 article, “Seven Critical Elements of a Board Refreshment Plan”, “Boards are being held [responsible] to ‘futureproofing’ against threats and ensuring the competitive relevance of the company.”

Ten years ago, what sounded like distant drumbeats are now loud and unmistakable calls from activists and the global investment community insisting that effective board engagement and oversight become the standard. These demands are redefining board responsibility and playing a critical role in determining whether a board member is re-nominated and holds his or her board position.

Principle #1: Boards Should Have the Right to Manage the Company for the Long Term.

Principle #2: Boards Should Install Mechanisms to Ensure the Best Possible People in the Boardroom.

Reboot concepts for forward-thinking board members

Bank boards should not wait for a future crisis or new government regulations before they assess their current board’s ability to confront challenges, identify opportunities and manage risk to effectively position their institutions for the future. Boards need to establish a clear line of sight into the risk areas of their businesses when a fiduciary responsibility to monitor exists. A thorough assessment does not have to be an overwhelming, exhausting or time-consuming undertaking, nor should it be reduced to a perfunctory annual exercise that yields nothing new and perpetuates the status quo. An assessment that includes comprehensive whole-board, committee and peer-director evaluations will reveal truths about a board that indicate the need for a change. With the right partner to streamline the process, develop customized questionnaires and prepare insightful analysis, a board assessment becomes an indispensable and vibrant tool for a board’s honest self-reflection and a valuable instrument of change.

Anyone reading this on a digital device can identify with the reality that from time to time, the device requires a reboot. Let’s drop the anemic perception that we will improve corporate governance and oversight through mere refreshment. When considering what is needed for real corporate-governance improvement, the term reboot suggests a far more accurate image. The path forward, and the necessary upgrade to a board’s basic operating system, must begin with a reboot in the form of a robust and comprehensive board assessment that identifies what is and is not working. It is true that a reboot can be a bit disruptive, and it will undeniably interrupt the status quo, but isn’t this what we all know is really needed?

[…] Byron Loflin, CEO of the Center for Board Excellence, suggests that a reboot is in order: a recalibration of the board’s composition and an assessment of it responsibilities and direction. Boards must undergo a complete reboot of who they are and how they operate to achieve governance excellence. Read the entire article here. […]

[…] his article, “Reboot, Not Refresh”, published in International Banker, our CEO, Byron Loflin, writes about diversity and optimizing […]