Top Posts
Enabling the Drive Toward Green Finance with Technology
Why Have Tin Prices Struggled in 2022?
The Devil We Thought We Knew
How China Has Managed to Avoid the Inflation Bug
Are Your Bank’s Digital Marketing Metrics Meaningful?
Identifying Beneficial Ownership: A Regulatory Conundrum
Home Finance Rising interest rates: the impact on international banks
Finance 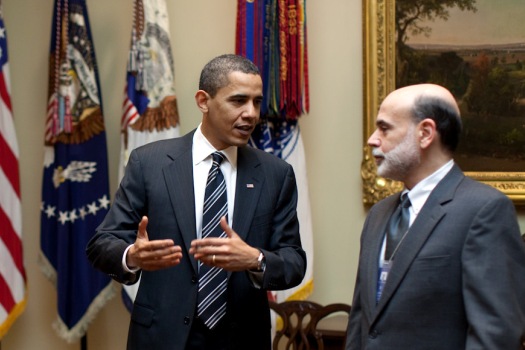 Can higher interest rates in the US translate into gains in top line and bottom line performance for the international banks? Many financial experts believe so. The world’s largest banks are cautiously optimistic. They foresee gradual improvement in returns on additional investments, better margins on loan portfolios and higher earnings from debt trading. Higher bond yields have led to this all round optimism, considered a healthy sign of a recovering economy.

Not everyone welcomes higher rates however and there are people who take a more pessimistic view. They argue that the higher interest rates could be the result of investor’s speculation about the Federal Reserve tapering its huge bond-buying program, rather than any significant economic recovery.

Some of the international banks would be booking moderate losses in their portfolio, as bond prices are going down, due to reduced bond buying, which could offset the additional profits on higher interest income from bonds and loans. Rising rates without significant economic recovery would actually be counterproductive for profitability in many sectors of the economy, on which banks depend on for the business. Another worry is that short-term interest rates often fail to keep pace with the longer-term interest rates. These short-term interest rates are crucial for a healthy bottom line for banks.

Global bankers have complained in the past how ultra low interest rates are detrimental to the entire banking system. Long-term interest rates have risen in anticipation of the Federal Reserve’s “tapering” of asset purchases, and changes in short-term rates seem certain. Rising rates may restore banks’ profitability but too sudden an increase may damage the health of the economy.

Banks earn a sizable part of their income from the spread, or the difference, between the interest rate they charge borrowers and the one they pay the depositors. This spread has significantly narrowed in most of the richer countries, all over the world, since the policy rates in the developed countries had reached the lowest feasible levels. As the borrowing became cheaper in the market, the interest rates on deposits could not be pushed any lower, as the rate approached the zero limit.

In the US the net interest rate margin average for banks, which peaked during the last five years at 3.8% in 2010, is steadily falling towards the lowest level seen during the recession and sits at 3.2%. Some banks have been forced to look for riskier loans and other assets for survival. A rising interest rate could widen the spread for certain banks, where the borrowing interest rates rise faster than their rate of deposit interest. Primarily large global banks of US and other rich countries could take advantage of higher rates and improve interest income. Traditionally they make use of cheaper dollar funds, to lend to clients of third world  countries, at a higher rate, while taking effective steps for covering currency risks.

In certain countries, the rising rates may cause more problems. If the banks offer fixed interest loans, which are funded by market based variable rate deposits, the banks may lose money. American credit unions (finance cooperatives) and small savings banks of Germany could face such problems.

Interest rate margins may not improve quickly, but market value of assets such as bonds, held by some of the banks might fall sharply, partly due to speculation, in view of reduced bond buying planned by the US Federal Reserves.  As the yield of these bonds rises, the prices fall simultaneously due to the lack of buying support. However, the impact on individual banks could vary widely. Japanese banks, for instance, generally hold a large percentage of Government bonds in their total assets whereas British banks do not hold significant Government bond assets.

Some of the international banks may be indirectly losing value on their bond portfolios, along with other fixed-income assets, on account of exposures, such as loans to corporate and clients with Government bonds as collateral. With a rise in interest rates, more borrowers may face bankruptcy or may struggle to repay their loans.

Factors potentially affecting the performance of banks in an international context include, exchange rate stability of the local currencies, regulatory constraints, inflation and general market risks associated with banking. Banks with diversified financial services can do well under the demand shrinking rate hike conditions, particularly in emerging economies. During the recovery phase of an economy the income growth for banks primarily comes from industrial borrowers, trade and auto loan segments. Those international banks which invested in technology at a lower investment cost during recession stand to gain during the recovery phase.

During the  rate hikes, the changes in liquidity can affect net interest income, as well as the value of bank equity. International banks operating in emerging countries with weak currencies face higher risks due to a hike in interest rates. Banks with correspondent bank status with other foreign banks are exposed to higher levels of risk, as they need to hold foreign currencies on behalf of their clients.

Usually, rising interest rates do not impact upon stocks until an average yield on the 10-year Treasury reaches almost  5% and investors decide to hold bonds in preference to stocks. Inflation at that stage acts as a dampener. Banks that have balanced portfolio of stocks and bonds have an advantage during a rate hike that is witnessed during the early phase of recovery. The strategy of preferring stocks over bonds can help to minimize interest rate risk. Among the bonds, high-yield bonds would be less sensitive to interest rates when compared to low-yielding bonds. Among the stocks however, stocks with the higher yields would lose heavily during interest rate hikes. International banks that manage their risks well are definitely in a great position to take advantage of opportunities arising out of interest rate hikes.

Top 3 industries to invest your money in 2014

The US banking industries’ challenges, risk and growth opportunities