Setting the Groundwork for Better Measures of Financial Risk Tolerance 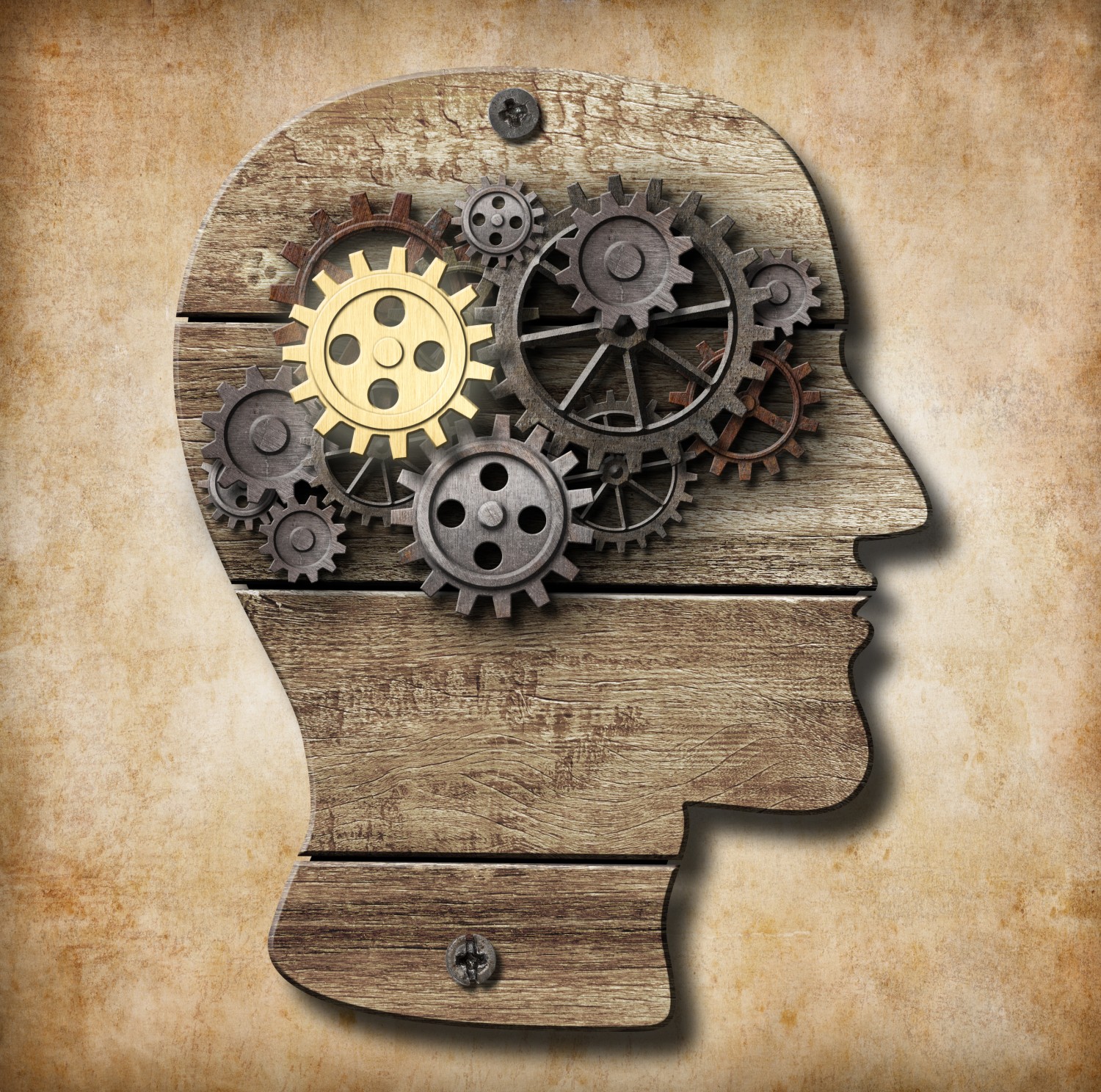 Given that individuals differ in their financial decision-making abilities (DMA), there are important differences between the financial choices that some people make and the choices they would make if they had the knowledge to make better decisions. In our research, we define and assess decision-making quality (DMQ) by evaluating how well financial decisions in a controlled experiment comply with the principle of individual utility maximization. We introduce an experimental technique that allows the rapid collection of large amounts of choice data that permit a stringent test of utility maximization. Among our main findings is that younger, higher-income and higher-education individuals display greater levels of DMA than older, lower-income and lower-education individuals. We also find that the quality of choices in the experiment is strongly related to wealth: a standard deviation increase in DMQ in the experiment is associated with 15-19 percent more household wealth. Our measure of DMQ under laboratory conditions thus captures DMA that applies across domains and influences important real-world outcomes. The question is: What might this mean for the world of finance?

The difficulties of measuring DMQ and identifying DMA

Economists have long attributed heterogeneity in choices, including financial, to heterogeneity in preferences, constraints, information and/or beliefs. More recently, several strands of research in behavioral economics consider heterogeneity in choices driven also by differences in decision-making ability. This research takes the view that those with lower DMA may make choices of lower decision-making quality. However, measuring which choices exhibit low DMQ and identifying which people have inferior DMA is difficult in practice. Only rarely are the relevant incentives so clear and the data quality so high that classifying some choices as being of low DMQ is straightforward and uncontroversial.

More generally, a measure of DMQ is challenging to formalize, quantify and make portable for use in a variety of choice environments. Such features of a measure are especially useful if DMA is a characteristic of a person that affects decisions in many contexts. It is also usually unclear whether those with lower DMA—as evidenced by lower education, cognitive abilities or financial literacy—are making choices of lower DMQ. They may have different preferences with the same outcomes, face different but unobserved incentives and constraints, access different information and/or hold different beliefs.

Using mostly survey data, researchers have shown evidence of very low levels of basic financial knowledge. Studies with market data have shown that some individuals make choices of such poor DMQ that they clearly leave “money on the table”. Importantly, research such as this requires an uncommonly high-quality administrative dataset that makes the relevant tradeoffs very clear. The comprehensive nature of the data makes classifying some decisions as “mistakes” immediate and indisputable. But such administrative datasets provide information about the activity at just one retailer, on just a few credit cards or in just one form of savings. They thus capture only a slice of the economic activities of the individuals involved. As a result, they cannot reveal whether a lower DMQ choice represents a minor bobble in otherwise sound decision-making or a more fundamental problem in evaluating financial choices due to lack of DMA.

In his Foundations of Economic Analysis (published in 1947), Paul Samuelson, the first American to win the Nobel Memorial Prize in Economic Sciences (1970), offered a natural criterion for DMQ based solely on observable behavior. Adopting Samuelson’s approach, we measure aspects of DMQ by calculating how nearly individual choice behavior in an experiment complies with individual utility maximization. Further, we take the view that if there is no utility function that the choices maximize, those choices cannot be considered purposeful and, in this way, worthy of a high DMQ.

Adopting this standard for DMQ, we present individuals with an economic-choice experiment in which we can measure the DMQ of their choices with a high degree of precision. The measure has a well-established economic interpretation, and microeconomic theory tells us if we have enough data to make it statistically useful. In addition, the analytical techniques and experimental platform are easily portable to a variety of choice problems. We can thus make domain-specific predictions and study a comparable measure of DMQ across domains.

The experiment: an old method gets a new toolkit

We conducted an experiment, through a web-based panel study, with a representative sample of Dutch-speaking households in the Netherlands. (Studies that combine laboratory methods and survey research hold important, and still largely untapped, promise. Web-based surveys such as the CentERdata and the American Life Panel offer a new opportunity to improve on existing methods. Via the Internet, these panels can implement sophisticated experiments and collect extensive demographic and economic information from its members, and provide an uncommon opportunity to combine experimental and survey data.)

The experiment presented subjects with a sequence of portfolio-choice problems that can be interpreted as the allocation of an endowment between two risky assets. These portfolio-choice problems were presented using a graphical experimental interface that allows for the collection of a rich individual-level data set. More precisely, each portfolio-choice problem was presented as a choice from a two-dimensional budget line. A choice of a point on the budget line represents an allocation of money between accounts X and Y (corresponding to the horizontal and vertical axes). The actual payoffs of a particular choice were determined by the allocations to the X and Y accounts; the subject received the money allocated to one of the accounts, X or Y, determined at random and equally likely. Choices in the experiment were made through a simple “point-and-click” process, using the computer mouse to move the pointer on the computer screen to the desired point and then clicking or hitting the enter key. Because the interface is extremely user-friendly, it is possible to present each subject with many choices in the course of a single experimental session, yielding a much larger data set. This makes it possible to analyze behavior at the level of the individual subject. (Based on the article “Who is (More) Rational?” with Syngjoo Choi, University College London; Wieland Müller, University of Vienna and Tilburg University; and Dan Silverman, Arizona State University and the National Bureau of Economic Research—which was published in the June 2014 issue of the American Economic Review.)

Linking DMQ in an experiment and DMA in the real world

Our interest in DMQ under laboratory conditions derives from the possibility that it reflects DMA that affects important outcomes outside the laboratory. To evaluate this possibility, we implement the experiment with a large and diverse sample of subjects so we can examine the relationship between DMQ in the experiment and socioeconomic characteristics. If we find a significant correlation between DMQ and certain characteristics, this lends some credence to the idea that people with these characteristics tend to make different choices not only because they face different constraints or have different preferences but also because they tend to have different levels of DMA. To evaluate this idea rigorously, we investigate whether our measure of DMQ from the experiment can independently explain important economic outcomes in the real world. If heterogeneity in DMA is an important source of heterogeneity in real-world outcomes, and if DMQ in the experiment is a good proxy for DMA, then differences in the experiment-based measure across subjects should help explain differences in their real-world outcomes.

Insights from the experiment

The higher levels of DMQ among higher-income, higher-education and younger subjects suggest that these groups tend to have better economic outcomes, not only because they tend to face fewer constraints, have more normative preferences, have more information and/or hold more accurate beliefs, but also because they tend to have superior DMA. This motivates an investigation of the ability of DMQ in the experiment to explain important real-world outcomes. We chose wealth as the outcome of interest. The task of explaining wealth provides a strong test of the idea that DMQ in the experiment reflects a more general form of DMA. The test is strong because wealth is determined by countless decisions, made over time in many different settings, and involving many different tradeoffs, thus increasing our chance of rejecting a relationship.

However, we find an economically large and statistically significant association between DMQ in the experiment and household wealth. The point estimates indicate that, conditional on measures of current income, education, occupation, basic demographic characteristics and household structure, a standard deviation increase in the DMQ score of the person who is primarily responsible for household financial matters is associated with 15-19 percent more household wealth. These findings are particularly notable given the substantial heterogeneity in our experimental outcomes, and the brief experimental exposure. We also find evidence that those with higher DMA are substantially more likely to own a home, and they put a larger fraction of their wealth into their homes. This is important because the favorable tax treatment of owner-occupied housing in the Netherlands gives home ownership important advantages over renting or investing in other assets with similar market returns.

One over-simplified, but useful, view of the experiment is that it distinguishes two potential groups of investors:

Grade A investors: This group can make high-quality financial decisions when the tradeoffs are sufficiently transparent and can make purposeful choices designed to achieve well-defined objectives. For this group, the financial industry should work to clarify the tradeoffs such investors face (such as balancing risk and return or consumption and savings) and help them understand the relationship between the choices available and their objectives.

Grade B investors: These investors, by contrast, make low-quality financial decisions—and the industry’s efforts to clarify the tradeoffs such investors face in the real-world are less likely to deliver positive results. Therefore, when resources are scarce, advice aimed at steering Grade B investors toward sensible choices could be more appropriate. (Based on the article “An Old Measurement of Decision-making Quality Sheds New Light on Paternalism” with Dan Silverman, Arizona State University, published in the February 2013 edition of the Journal of Institutional and Theoretical Economics.)

Our results have special application to the economics of aging. New economics research on aging shows survey evidence of very low levels of basic financial knowledge, a decline in that knowledge and in basic cognitive functioning with age, and evidence of decisions that clearly leave “money on the table”. Other research shows a U-shaped age pattern in the frequency of dominated choices regarding the use of credit, with both relatively young and old consumers more prone to error. This is an area of great interest, and we are collecting a wider range of individual socio-demographic and economic information from the panel members, focusing especially on health and medical information to quantify how health factors impact DMQ. This effort will allow us to understand better the robustness of the age-DMA profile and analyze the mechanisms behind the decline of DMA with age, with special emphasis on the role played by declining health.

Using different experiments and populations, the same methods could be used to investigate whether heterogeneity in this measure of DMQ can help explain heterogeneity in consumption choices, insurance purchases, retirement decisions or health investments, among other important behaviors.  We are applying the experimental platforms and analytical techniques we have developed to other types of individual-choice problems, and are further assessing the intrapersonal persistence of the results. The advances that come from this work are worth watching as they can be used to refine and target efforts across the financial industry.

The Four Pillars of Mobile Payments