Top Posts
Global Military Spending Hits a Record High
Could Big Tech’s Iron Grip on Digital Advertising Soon Come...
Can Recent Oil Discoveries Prove to be a Boon for...
Is It Time to Explore an Alternative to Fractional-Reserve Banking?
Can AgTech Prove Instrumental in Helping to Feed the World’s...
Can the Indo-Pacific Economic Framework Expand US Economic Influence in...
Home Finance The Similarities and Differences Between the US Housing Market in 2007 and 2017
Finance 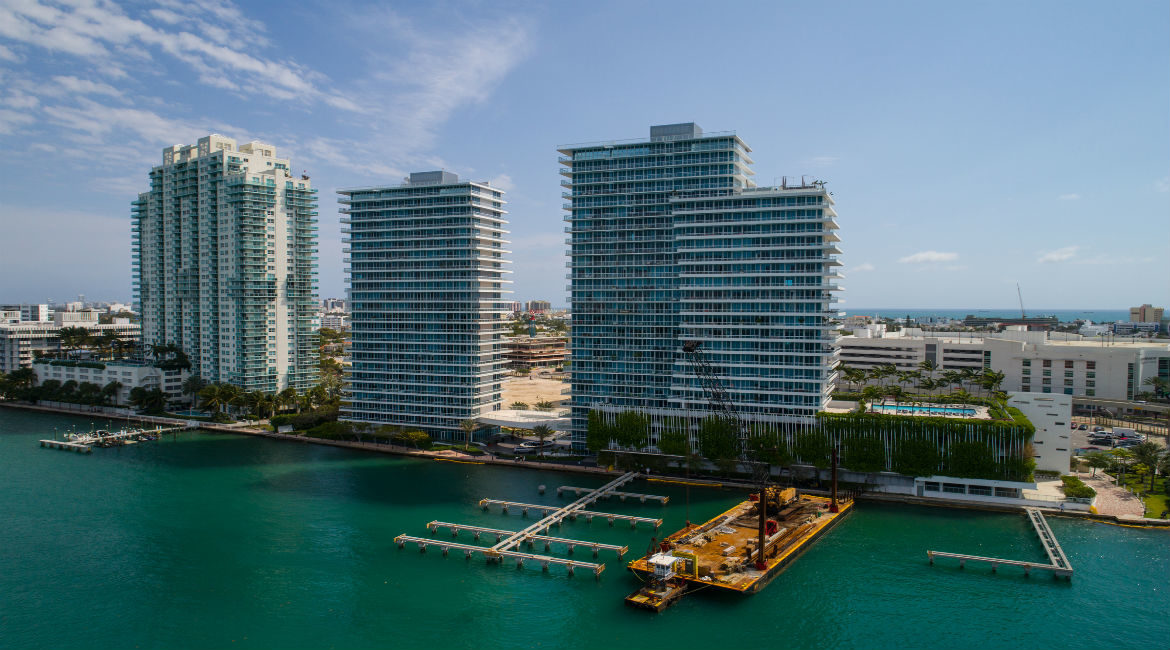 The economy of the United States, the world’s largest in terms of nominal gross domestic product (GDP), has been the subject of much speculation; any effect on the US economy has a butterfly effect on the global market. This impact was witnessed following the financial crisis of 2007, and not much has changed since then. The US is still a global leader in many areas of progress and development, and any anomaly that affects the US economy will have global repercussions. It is important to note that this trend is also highly likely to continue for the foreseeable future, given the current size and standing of the US economy in the global scenario. But Rome was not built in a day, nor will it turn to ashes in a day.

Similarly, today’s US housing market is the subject of global debate and speculation. The American dream starts with owning a house, and it does seem that many foreign dreams are going the same way. Much foreign investment has been injected into this market, and leading economies such as China and Japan have major stakes in US treasuries. Historically, if we count only the spending on housing services and construction, the industry has accounted for one-fifth of the output of the US economy, while residential investment has comprised roughly half of its 1.1 percent real GDP growth. Therefore, housing has had a big impact on the US economy in the past, and it is dominating the present scenario as well.

Recent trends show that Millennials are “cozying up” to the housing market (Annex 1), and hence interest in buying homes has returned to 2006 levels. Interest in real estate is gaining momentum, which is not necessarily a bad sign, and 2016 was one of the best years for the housing market given that new home sales were at their strongest levels since 2007. But that does hint that there is a possibility of history repeating itself. 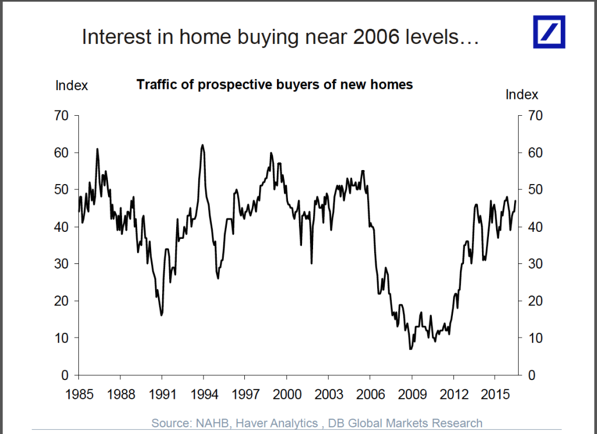 Housing is becoming more expensive (Annex 2), and it is becoming more difficult for people to afford homes near their workplaces—that is where credit comes in. While interest rates are at record low levels, many would-be home buyers have difficulty securing mortgages, as excellent credit history is now a must-have for financing. These factors are contributing to a very confusing market in which prices are appreciating, but the majority of the population cannot afford to buy houses. 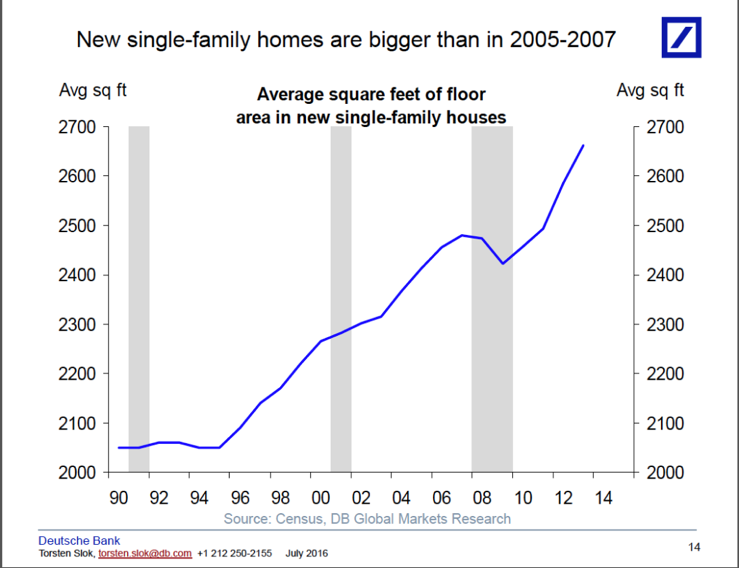 Many real-estate analysts today feel that there is a trend in the market similar to the one found back in 2007 when the housing bubble burst and the entire US economy plummeted, resulting in global consequences. The most common similarity is the volatility faced by the real-estate market today, with 2016 marking yet another year during which housing prices appreciated beyond expectations, and mortgage rates floored, crossing the 4-percent mark for the first time in two years. That coupled with President Donald Trump’s lenient policies towards the real-estate sector assure that this market is again ripe for another bubble buildup as affordability for an individual earning median pay worsens.

Further evidence for this can be found on several public websites. Business Insider’s recent article on “The 10 hottest housing markets for 2017” lists 10 cities in the US for which average expected appreciation in real estate exceeds 4 percent. Coupled with the fact that the demand for housing is rising steadily, as more and more young people enter the real-estate market, there is only one way the market is heading, and that is up.

Taking the discussion to a macroeconomic level, there are several indicators that do no present a pretty picture. The following statistics may help:

Another factor that majorly contributed to the housing-market bubble in 2007 was the deregulation of the market and the favorable terms offered by the government to individuals applying for mortgages. Back in 2007, the “tinkering” of Barney Frank and Chris Dodd led to lowering the standards at Fannie Mae and Freddie Mac to provide liquidity to the industry. Prior to this, all of the loans taken by Fannie Mae and Freddie Mac were prime loans adhering to sustainable standards of lending. Lowering the standards of Fannie Mae and Freddie Mac opened a gateway into sub-prime lending and junk mortgages, which were in turn sold to institutional investors who earned spreads taking money from the Federal Reserve and the public. This derivatives game multiplied itself and turned into a mess, all because of the sub-prime lending that government agencies started supporting. Today’s situation is two-fold. Firstly, President Trump’s lenient policies towards the real-estate sector may boost the sector, and a similar pattern may be in the cards. But on the other hand, financial institutions may have learnt their lessons from the past and may not delve into sub-prime lending, even if policies support it. Under pressure, though, financial markets tend to behave recklessly at times. As Warren Buffett said: “When you combine ignorance and leverage, you get some pretty interesting results.”

Apart from all of these quantitative factors and triggers to which the market usually refers, there are qualitative factors at play as well. These factors have more to do with the laws of human nature. The one that played the biggest role in the buildup of the 2007 housing bubble, followed by the market crash, was human greed. It was greed in the first place that kept people from heeding Michael Burry’s valid arguments when the market was going up. As a result of the research carried out by a single analyst, it was predicted that crisis would follow if the real-estate industry followed these patterns. In fact, Burry argued that he began to suspect this deteriorating situation back in 2003, when more and more banks started dealing in sub-prime mortgages. He made a comprehensive argument in his article in The New York Times on April 3, 2010, titled “I saw the Crisis Coming. Why Didn’t the Fed?”. It clearly points out that despite clear signs, people just did not want to believe that calamity was possible. Greed had blinded them from seeing sense. Had measures been taken back in 2005, the crisis would not have been nearly as devastating as it turned out to be two years later. This is one characteristic that is a part of our nature and the same for all humans, as it was almost a decade back.

In conclusion, it may be very easy to say that this time around, the market has proper checks and balances in place to guard against another financial crisis, but it is not as simple as that. Checks and balances have always been in place. Regulations have always laid out principles for fair business practices and tried to ensure that financial markets performed efficiently. But humans have a cognitive limitation that we cannot foresee and point out all the flaws in our systems. It is by human error and experience that we tend to learn.

Market crashes have been a phenomenon of the modern economic system from the start, and they act as wakeup calls, allowing financial markets to adjust and drop to realistic prices once again. But no market is completely efficient, and as hard as we may try to avoid it, there always will be speculators and optimists driving prices up. We tend to think that necessary steps have been taken to avoid such disasters; but, alas, the future remains uncertain, and this is what makes it worth the wait.

No way! He engages in all these esoteric ideals and tries to connect them to the housing market. The last crash happened simply because people were getting housing they could not afford for nearly free, which drove up the prices unreasonably. This time around, one must have credit and income so normal economic rules applies. Yes, we may see a correction, but comparing this rise to the last crash is silly.

this comment is negating a lot of FACTS, i am sure you do not like those pesky things.

Its about credit expansion, RELATIVE to the income level. The reason the bubble is bigger now is that the borrowers earn higher incomes. ´That doesn’t mean that the private debt to GDP can’t accelerate into unsustainability. The very nature of financial speculation naturally leads to increased risk-taking. Housing prices obviously can’t keep growing indefinitely. When prices stop accelerating up speculators deleverage since their profit prospects are gone. Increased deleverage leads to a crash.

I don’t think you’ve shopped for a mortgage lately. 3% down, piggybacks, credit score of 580, ARMs– they’re all back.

Agreed! Just tapping into this thread. I heard an advertisement for mortgages on the radio for people who have no credit or bad credit. This, coupled with a new standard for the prime threshold, makes it feel like we are reverting back to the 2006 mindset. For those that question the prime standard, google the threshold for subprime. It used to be a credit score of 660 or higher for a loan. That pool dried up, so it was bumped down to 620.

What goes up, must come down!!
Yes, most of todays Mortgages are all quality, however they are mortgages after all.. How long does it take for financial situations to change and then even if you do have excellent credit you cant make the payments…
And now with the new tax laws, there are limitations to write off your mortgage interest and property taxes. In states like California, people would be fine buying expensive homes because they could write-off the property taxes and mortgage interest. With the new laws the affordability would be greatly reduced as the property taxes no longer will be written off. People would rather rent than buy the same house.