Top Posts
Challenges Remain, But There Are Opportunities to Be Had in...
Interview with Mr. Olukayode Pitan, Chief Executive Officer and Managing...
Commodities Outlook for 2023
The Value of Cash in a Time of Crisis: How...
The US-Africa Leaders Summit: Fostering a Closer Relationship with the...
Three Key Sectors in Which to Invest in 2023
Home Finance Sky-High Commodity and Food Prices Expose Pakistan’s Economic Vulnerability
Finance 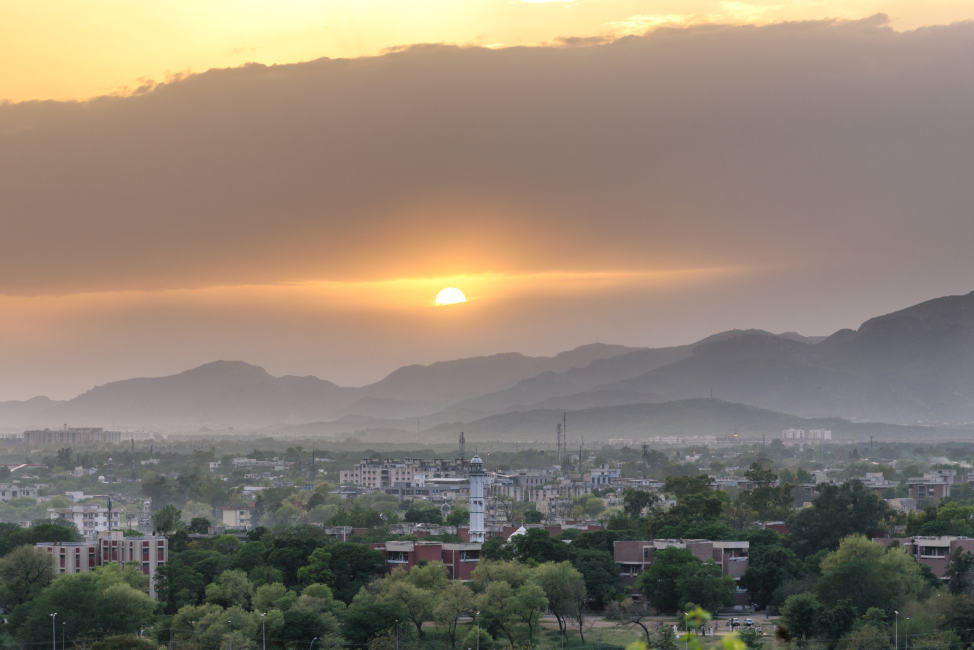 Pakistan’s declining economic situation stands in stark contrast to late 2020 and early 2021, when the South Asian country seemed to be laudably managing the impact of COVID-19 and adopting a sensible approach towards allowing businesses to continue operating. “With effective micro-lockdowns, record-high remittance inflows and a supportive monetary policy, Pakistan’s economic growth rebounded in FY2021,” said Najy Benhassine, World Bank’s country director for Pakistan. “These measures, together with the expansion of the Ehsaas program [a government social safety and poverty alleviation initiative] and support to businesses, were key to strengthening the economy and recovering from the economic fallout associated with COVID-19.”

So, what is behind this reversal of fortune that is now seriously hampering Pakistan? In short, steeply rising commodity and food prices. The resurgence in domestic demand has spurred a considerable jump in imports in recent months, while export levels have remained mostly steady. And with commodity prices on the rise, those imports have proven painfully expensive. Indeed, with oil prices currently hovering well above $80 per barrel, Pakistanis are now facing some of the country’s highest-ever fuel prices. The widening trade deficit that has thus emerged has weighed heavily on Pakistan’s gross domestic product (GDP).

“The long-term decline in exports as a share of GDP has implications for the country’s foreign exchange, jobs and productivity growth. Therefore, confronting core challenges that are necessary for Pakistan to compete in global markets is an imperative for sustainable growth,” Derek Chen, senior economist of the World Bank, observed in late October. “Since long-standing issues with the persistent trade gap have resurfaced, this edition of the Pakistan Development Update on ‘Reviving Exports’ provides a timely, in-depth assessment and policy recommendations that can help spur exports.”

And as far as food-price inflation is concerned, prices have repeatedly broken new records this year. “All sorts of price indices including the consumer price index (CPI), sensitive price index (SPI), wholesale price index (WPI) have crossed all records in the last three years,” economist Hassan Baig wrote in The News International on November 3. “Reportedly, inflation has broken a 70-year record. According to the Federal Bureau of Statistics, sugar prices rose to about 83 percent, flour 50 percent, chicken 60 percent, beef 50 percent and edible oil 133 percent in the last three years. Medicine prices, including life-saving drugs, are so high that they are almost unaffordable for many Pakistanis. The same is the case with prices of wheat, lentils and milk that are now touching the heights of unaffordability for ordinary Pakistanis.”

Baig also identified a few additional factors currently plaguing the Pakistani economy, with the country’s borrowings standing at 95 percent of GDP and the country’s external debt at some $122 billion, which means that as per the 2012-22 budget, the government is spending more than double on servicing this debt than it is on national defence.

But can Pakistan dig out of this deepening hole? The World Bank’s “Pakistan Development Update for October 2021” recommends four key measures the country can implement to improve its export competitiveness: gradually reduce effective rates of protection through a long-term tariff-rationalization strategy to encourage exports; reallocate export financing away from working capital and into capacity expansion through the Long Term Financing Facility (LTFF), which enables financial institutions to provide long-term, local-currency financing for imported and locally manufactured new plants and machinery to be used by export-oriented projects; consolidate market-intelligence services by supporting new exporters and evaluating the impacts of current interventions to increase their effectiveness; and design and implement a long-term strategy to upgrade the productivity of firms that fosters competition and innovation and maximizes export potential.

Much will also depend on whether the government can resuscitate its $6 billion relief deal with the International Monetary Fund (IMF), first agreed back in May 2019. The Extended Fund Facility (EFF) bailout package was designed “to support Pakistan’s economic plan, which aims to return sustainable growth to the country’s economy and improve the standards of living”, according to IMF spokesperson Gerry Rice. But the deal, which was recalibrated in March 2021, now requires Pakistan to implement policies “to strike an appropriate balance between supporting the economy, ensuring debt sustainability, and advancing structural reforms while maintaining social cohesion”, as per the IMF’s wording. “Strong ownership and steadfast reform implementation remain crucial in light of unusually high uncertainty and risks.”

In early November, Shaukat Tarin, the prime minister’s adviser on finance and revenue, confirmed that negotiations with the IMF were close to being finalised and that a formal agreement would be signed imminently. “There is just one issue, and we are seeking a legal opinion on it, while everything else is already agreed upon,” Tarin told the media on November 1. “There are certain conditions in the IMF agreement that require constitutional amendments, and such changes cannot be effected because we lack a two-thirds majority [in the Parliament].” But the IMF will reportedly continue to withhold $1 billion of EFF funds from Pakistan until Islamabad closes commercial-bank accounts held by the armed forces and other state entities and assigns $17 billion worth of public money to a single treasury account.

A portion of Pakistan’s funds may also be held up by US-led negotiations to use the country’s airspace and military resources to conduct operations against potential extremist groups continuing to operate within Afghanistan. With suspicion still abounding that Pakistan secretly supported the Taliban’s recent takeover of the neighbouring country and has strengthened diplomatic and economic relations with China over the last couple of years, the United States may well be inclined to use financial support as a bargaining chip to achieve desired commitments from Pakistan.

“Yes, of course, the IMF’s EFF program is huge leverage for the US administration, and the Fund is resultantly using delaying tactics to make Islamabad approach the Biden administration,” Shahid Raza, an Islamabad-based security analyst, recently told Hong Kong-based news outlet Asia Times. “A Pakistan delegation visited the US for negotiation, but I think no progress has been made in this direction. Americans are trying to draw some kind of concessions in so far as air corridor access, basing rights and some forms of security intelligence are concerned.”

In late October, it was revealed that Saudi Arabia had also pledged $4.2 billion in financial support to Pakistan, via a $3-billion deposit with the State Bank of Pakistan (SBP) to prop up its fast-depleting foreign-exchange reserves as well as a trade finance facility (TFF) worth $1.2 billion during the year, according to the state-owned Saudi Press Agency. “I want to thank HRH Prince Mohammad bin Salman for supporting Pak with $3 bn as deposit in Pak’s central bank & financing refined petroleum product with $1.2 bn. KSA has always been there for Pak in our difficult times incl now when world confronts rising commodity prices,” Pakistan’s prime minister, Imran Khan, tweeted on October 27.

But zooming out and accounting for the economy as a whole, it would seem that Pakistan needs to take decisive actions to stimulate a much-needed turnaround. And perhaps it should begin with social welfare, with Khan announcing on November 3 a major government spending package, which he dubbed as “the biggest welfare programme in Pakistan’s history” to ease the economic pain being felt by the public. The Rs120 billion (US$705 million) subsidy programme will, among other things, allow families to be able to purchase food staples at discounted prices for the next six months, the prime minister confirmed, which should go some way towards alleviating the damage inflicted on Pakistanis by skyrocketing international food prices.

Does Bitcoin Provide the Relief that El Salvador Sorely Needs?