Top Posts
Challenges Remain, But There Are Opportunities to Be Had in...
Interview with Mr. Olukayode Pitan, Chief Executive Officer and Managing...
Commodities Outlook for 2023
The Value of Cash in a Time of Crisis: How...
The US-Africa Leaders Summit: Fostering a Closer Relationship with the...
Three Key Sectors in Which to Invest in 2023
Home Finance Soft Law on Sovereign Borrowing and Lending: UNCTAD Principles on Promoting Responsible Sovereign Lending and Borrowing
Finance 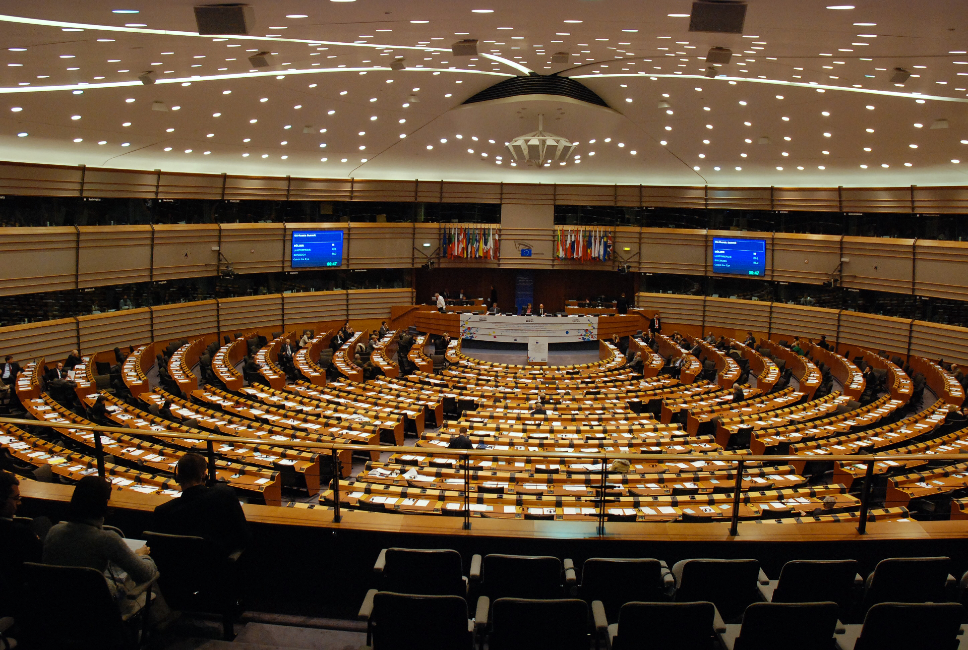 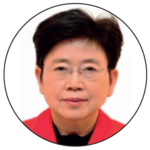 Past decades have witnessed efforts to develop soft laws or norms for sovereign debt; sovereign financing is one of the most underdeveloped areas of international law, and domestic laws mainly govern sovereign debts.1Oxford University Press: Sovereign Financing and International Law, The UNCTAD principles on responsible lending and borrowing, Espósito, C; Li, Y; and Bohoslavsky, JP, 2013 This legal void has contributed insufficient deterrence to irresponsible or sub-optimal sovereign lending and borrowing. There are no clear boundaries or expectations for the behavior of creditors and borrowers. As attempts to introduce hard international laws and regulations binding on countries have suffered repeated setbacks, and international consensus has been difficult to reach, soft laws are meant to introduce behavioral changes and set clear boundaries for the correct code of conduct.

The Principles on Promoting Responsible Sovereign Lending and Borrowing, developed under the auspices of the United Nations Conference on Trade and Development (UNCTAD) and launched in 2012, have been acknowledged for their comprehensive coverage of debt instruments; inclusiveness in formulation, validation and consensus building processes; and solid backstopping by scholarly research and analysis. The UNCTAD Principles clearly set out the co-responsibilities of both lenders to sovereigns and sovereign borrowers, covering all debt instruments used by sovereigns and all categories of countries.

Although soft-law instruments are non-binding, they carry legal effects and have a compliance motivation for various reasons, including the reputational costs of non-compliance.2Cambridge University Press: Soft Law and Sovereign Debt, Lastra, RM and Bodellini, M, 2018. See also Soft Law and the Global Financial System 2nd Edition, Brummer, C, 2015 (Cambridge University Press) Currently, against the backdrop of increasing debt vulnerabilities in developing countries caused mainly by spiking debt-servicing costs, risks of stagflation, accumulation of public and private debt and widening development-finance gaps, development institutions such as UNCTAD and the United Nations regional economic commissions are trying to revitalize the UNCTAD Principles to guide developing-country policymakers to adopt more optimal ways in their efforts to mobilize new foreign and domestic financing and minimize and resolve debt crises.

Why revitalize UNCTAD Principles? A debt crisis always makes people think about what could have been done better to avoid or mitigate the crisis. To borrow or lend money is not a sin. Raising debt can be a way to get needed financing to boost economic growth, increase investment and also roll over old debts. However, not borrowing or lending responsibly can land borrowers in a debt crisis and cause lenders to lose the expected returns from lending.

Because there is no international consensus on rules to guide sovereign financing, both lenders and borrowers have approached the issue in the ways they deem appropriate or that serve their objectives, which ultimately may not be responsible or optimal to the extent that the consequences of their actions create global problems. We have seen many instances of a serious lack of good judgment and several examples of “undisciplined, ineffective, abusive or non-cooperative behavior on the part of both creditors and sovereign debtors”—to quote the preamble of the UNCTAD Principles.

Meanwhile, the debt market has become more complex and riskier over the past decades. With the development of technology, debts change hands more quickly— just a few seconds on computer keyboards. There have also been more debt instruments and actors in the debt market. The changing composition of debt from mainly syndicated bank loans to foreign and domestic bonds has made the capital market more volatile.4Bank for International Settlements (BIS): “The future of public debt: prospects and implications,” Cecchetti, S; Mohanty, M; and Zampolli, F, 2010, BIS Working Papers No.300 Two of the most salient anomalous characteristics of modern financial markets include both overzealousness and excessive risk-taking, which have been prevalent in the banking and shadow-banking sectors and with some sovereigns during the booming years before the global financial crisis.5International Monetary Fund (IMF): “Excessive Lending, Leverage, and Risk-Taking in the presence of Bailout Expectations,” Georgiou, A, 2009, IMF Working Paper WP/09/233, Page 3 Lack of financial sophistication of most of the LIC borrowers is another notable characteristic of sovereign financing.6International Monetary Fund (IMF) and the World Bank: “Strengthening Debt Management Practices: Lessons from Country Experiences and Issues Going Forward,” Caruana, J; Lay, K; and Leipziger, D, 2007

Building consensus around a set of well-grounded principles could lead to establishing criteria to assess whether the contracting of sovereign debt has been performed in accordance with internationally accepted principles. The UNCTAD Principles aim to fill the international legal gap through systematizing best practices and promoting general principles for sovereign financing by proposing a coherent, normative framework.

Soft law as an international public good. UNCTAD started to work on the principles in 2008 when the global financial crisis was still evolving. The crisis generated widespread concern about the lack of international rules and regulations over the financial sector. As the global financial system was and still is dominated by the post-World War II power structure, maintaining the status quo has its attraction to major market players. Introducing a hard law to overcome systemic problems would not be easy as vested interests and inertia abound. Besides, it takes time for a hard law to emerge. With the financial support of Norway, UNCTAD started to work on the soft-law approach to formulate the Principles on Promoting Responsible Sovereign Lending and Borrowing.

The UNCTAD Principles are holistic and comprehensive, covering all debt instruments used by sovereigns and all categories of countries. UNCTAD is well positioned to accomplish this. UNCTAD, being a department of the United Nations, enjoys the universality and equal basis of its membership. As UNCTAD is the focal point for debt issues in the United Nations system, it has a mandate and acknowledged expertise on debt issues. Together with the fact that UNCTAD is not a financial actor in global markets, it was and still is in a unique institutional position to promote a set of principles to introduce financial-behavioural changes.

UNCTAD’s ambition is reflected in how the principles were formulated. The formulation process was inclusive, transparent, scholarly, solid, authoritative and elaborate.

To be inclusive and authoritative, UNCTAD established an expert group to have open, transparent and inclusive dialogue among all stakeholders—composed of prominent world-renowned specialists in law, finance and economics. The expert group was like a who’s who in the sovereign-debt world: senior representatives of non-governmental organizations; the private sector and its representative Institute of International Finance (IIF); multilateral financial institutions including the International Monetary Fund, the World Bank and the Paris Club secretariat were observers.

After more than a year of in-depth exchanging of views, UNCTAD produced the second draft of the principles. Analytical pieces by famous scholars accompanied each principle; eventually, the Oxford University Press published a book including all these studies. Extensive dialogue was conducted, and validation was undertaken earnestly and at the ministerial level. Between 2011 and 2012, five regional consultative meetings with national officials at the ministerial level took place in Buenos Aires, Bangkok, Geneva, Jeddah and Punta Cana to get governmental feedback on the design and possible implementation process. Around 75 countries provided their views on the draft principles.

After a series of bilateral and high-level regional governmental consultations, the expert group introduced further refinements to the draft principles in line with the feedback obtained. The consolidated version of the principles was launched during the UNCTAD XIII ministerial conference in Doha in 2012, inaugurating the project’s endorsement and implementation phase. The inclusive and transparent process of drafting and endorsing is a source of legitimacy for the UNCTAD Principles.

Another unique feature of the UNCTAD Principles is that no other existing principles have had national and international endorsement similar to that of the UNCTAD Principles. Thirteen developed and developing countries have endorsed the UNCTAD Principles since their release for endorsement in 2012—including Germany, Norway, Brazil, Argentina, Italy, Nepal, Morocco, Cameroon, Colombia, Gabon, Honduras, Mauritania and Paraguay. The annual United Nations General Assembly resolution on external debt for many years stressed the importance of responsible lending and borrowing, emphasizing that creditors and debtors must share responsibility for preventing unsustainable debt situations. In the Addis Ababa Action Agenda in 2015, UN member states committed to “work towards a global consensus on guidelines for debtor and creditor responsibilities in borrowing by and lending to sovereigns, building on existing initiatives”. UNCTAD also addressed the principles in its sixth, seventh and eighth Debt Management Conferences, respectively.

The strength of the UNCTAD Principles lies in their comprehensive and holistic treatment of all debt instruments and all actors in the process, both lenders and borrowers; the emphasis on the co-responsibilities of lenders and borrowers corrected the misconception that borrowers are the only party to be blamed.

The UNCTAD Principles comprise such important legal concepts as fiduciary duty, accountability, transparency, due diligence, co-responsibility, debt monitoring, good faith, etc. They can be found in most domestic legal orders7UNCTAD: “Responsible Sovereign Lending and Borrowing: The View from Domestic Jurisdictions,” Goldmann, Matthias, 2012, UNCTAD Working Paper, Geneva but are missing at the international level. This means that the principles are rooted in well-grounded and already successfully tested rules at the domestic level. The principles are meant to bring major benefits to both sovereign borrowers and lenders.

There are many ways to implement and revitalize the UNCTAD Principles. Not doing so would be a huge waste of the international efforts and financial and human resources to develop and endorse the principles. There has already been strong national and international support for the principles; revitalizing and implementing them would benefit the world and contribute to debt-crisis prevention and resolution and naturally foster global financial stability.

ABOUT THE AUTHOR
Yuefen Li is a Senior Advisor on South-South Cooperation and Development Finance for the Geneva-based South Centre. Ms. Li is a former United Nations Independent Expert on Debt and Human Rights. Prior to joining the United Nations in 1990, she was a lecturer at the University of International Business and Economics in Beijing, China.
Back To Top
FinanceSouth CentreSovereign BorrowingSovereign LendingUNCTAD PrinciplesUnited Nations Conference on Trade and Development (UNCTAD)Yuefen Li
0 comment 0 FacebookTwitterPinterestEmail
previous post