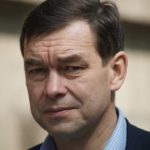 By Henri D’Ambrieres, Senior Technical Advisor on the Trade Register at the International Chamber of Commerce (ICC) Banking Commission

There is much rhetoric around the opportunities provided by emerging markets. And there is plenty of discourse around the fact that banks are de-risking and retreating from such areas. The fact of the matter is that some regions of the world are riskier to operate in.

Banks that operate in politically or economically unstable regions are not only able to capitalise on reduced competition and the ripest of opportunities, but they are also able to provide a lifeline to companies that are most in need of capital. But they are also exposed to more risk. Thankfully, there are a few methods banks can adopt to mitigate risk.

Diversification and due diligence

The first, and perhaps most crucial, method when mitigating risk is diversification: not putting all your eggs in one basket. Spreading the risk across multiple markets, throughout both developing and developed regions, can minimise the risk of defaults, while also globalising and diversifying trade. This strategy is particularly useful given that—aside from rare occurrences—risk levels tend to differ between regions. Ensuring a bank is based, or has partners and clients, in multiple regions can minimise risk.

It is worth remembering that often it may only be a select number of companies responsible for causing defaults in a bank’s portfolio. This can be clearly illustrated by Figure 1, with the second column showing transactions for obligor in default. Engaging with a wide range of clients—diversifying sectors as well as regions—can therefore help prevent default risk.

And, of course, there is a lot to be said for doing your research—strengthening contracts and increasing due diligence measures. Understanding the specific risks posed by each customer— as well as their customers— alongside the local, political and economic conditions on the ground, is imperative, particularly in regions prone to political instability. Even countries neighbouring politically unstable countries must be watched carefully to ensure the instability does not spill over across their borders.

Once you’re in a riskier region, and have diversified clients, sectors and partners, the next step is choosing the right tool. Short-term trade-finance instruments act as the antidote to a risky region—providing security and assurance. The ICC 2015 Trade Register Report found that the average default rate for all short-term trade-finance products equates to merely one-fifth of corporate default rates by Moody’s. In addition, the average default rate for export finance is 0.88 percent, which stands far below the expected rate of 1.89 percent, according to the ratings of obligors.

The use of letters of credit (L/Cs), in particular, ensures that payments will be made promptly and in full. This can be attributed to the ability to seize collateral associated with each transaction. The Trade Register found that the customer default rate for export L/Cs between 2007 and 2014 stood at 0.01 percent. During the same period, the transaction default rate for export L/Cs was 0.08 percent, and the exposure-weighted default rate for export L/Cs was 0.02 percent. In addition to high recovery rates, L/Cs also hold fast recovery times—in case they do default. During the 2007 to 2014 period, the recovery time for defaulted transactions was typically between 178 and 71 days respectively, which stands in stark contrast to import and export loans, which have a recovery time of 238 days. While trade finance might not always be the most profitable, it is certainly the most secure—a valuable trait in a risky market.

Of course, it isn’t always appropriate to use a short-term trade-finance instrument. And medium- to long-term (MLT) trade can be riskier—particularly in regions hit by economic sanctions, which can make it harder for counterparties to make payments on their exposures, as the Trade Register report demonstrates. The Middle East, for instance, saw defaults on MLT exposures rise to nearly 16 percent in 2012—the same year Iran was placed under the most stringent economic sanctions it has ever observed (see Figure 2).

Across the Middle East, between 2007and 2014, transaction default rates averaged 2.43 percent—twice that of the former Soviet Union and strikingly higher than Central and South America at 0.50 percent, Africa at 0.39 percent and Asia at 0.29 percent (see Figure 1). And it doesn’t stop there. Customer default rates in these regions revealed a similar pattern, with the Middle East at 2.84 percent, the former Soviet Union at 1.27 percent, Asia Pacific at 0.44 percent and Africa at 0.41 percent (see Figure 3).

In fact, removing transactions relating to Ukraine, Kazakhstan and Iran from the data set within the Trade Register results in a drastic change. The overall transaction default rate during the 2007 to 2014 period is reduced from 0.71 to 0.46 percent. This drop is more evident in financial institutions, which shift from 1.43 to 0.17 percent (see Figure 4). Certainly, the Trade Register, which utilises data from 23 global banks including more than 13 million transactions encompassing more than USD7.6 trillion, continues to provide a clear overview of just how severely sanctions and political unrest affect default risk.

As such, when facilitating MLT transactions, banks should—if possible—seek the support of export credit agencies (ECAs). ECAs provide a number of services that can help banks in mitigating risk. Not only can they take on some of the financing burden, but they can take on different risks—enhancing a bank’s ability to provide support to exporters.

ECA defaults are considered to be very unlikely due to the fact that they are typically sponsored by high-income OECD (Organisation for Economic Co-operation and Development) countries that possess investment-grade ratings. The Trade Register Report found that MLT trade finance had a corporate default rate of 0.88 percent in all asset classes during the 2007-to-2014 period. They also compare strongly to Moody’s rated corporate universe, which stands at 1.9 percent, despite having less exposure in OECD markets. And as most of the exposure is covered by the ECAs, the final loss for the banks is at most limited to the uncovered portion.

Sanctions and political unrest are unfortunately frequent occurrences in today’s world, and they carry a significant impact on international-trade and trade-finance relationships in affected regions. Thankfully, through prudent measures and secure instruments, risk can at least be minimised. 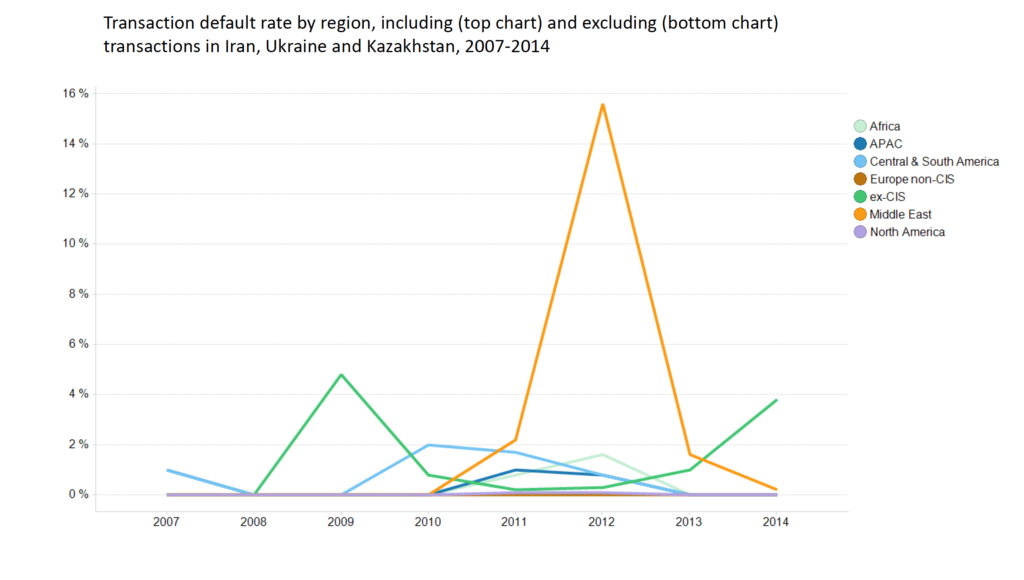 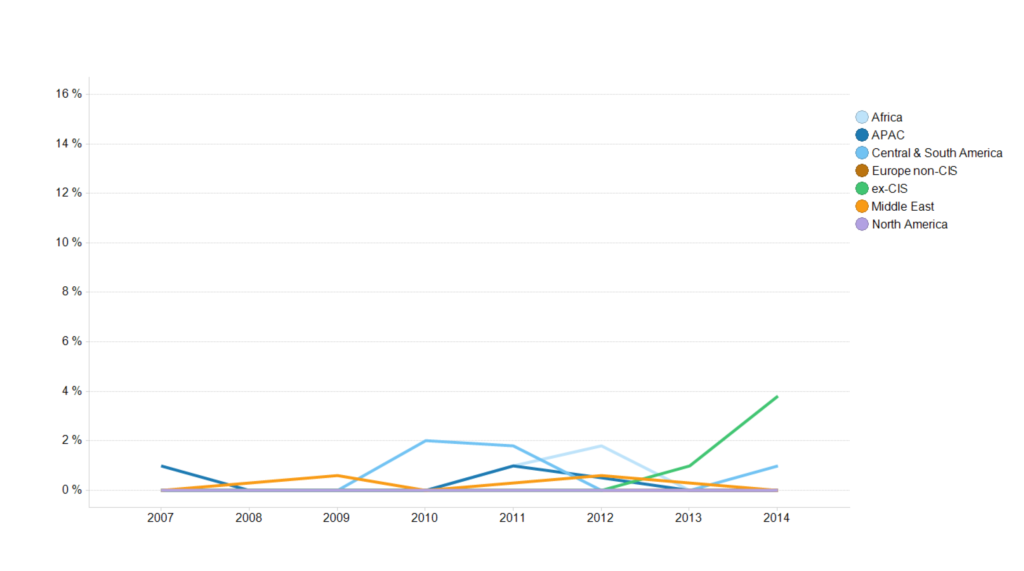 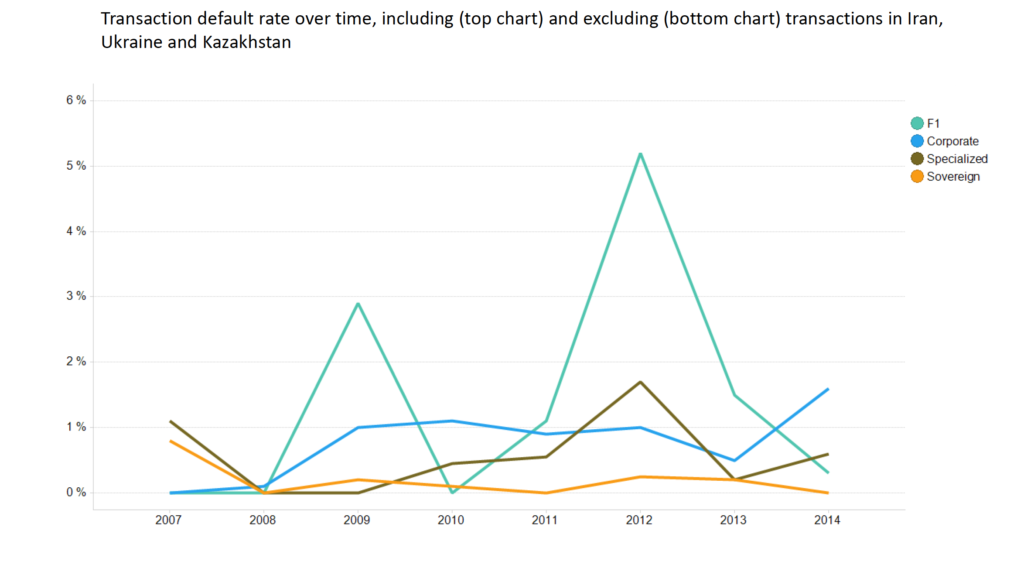 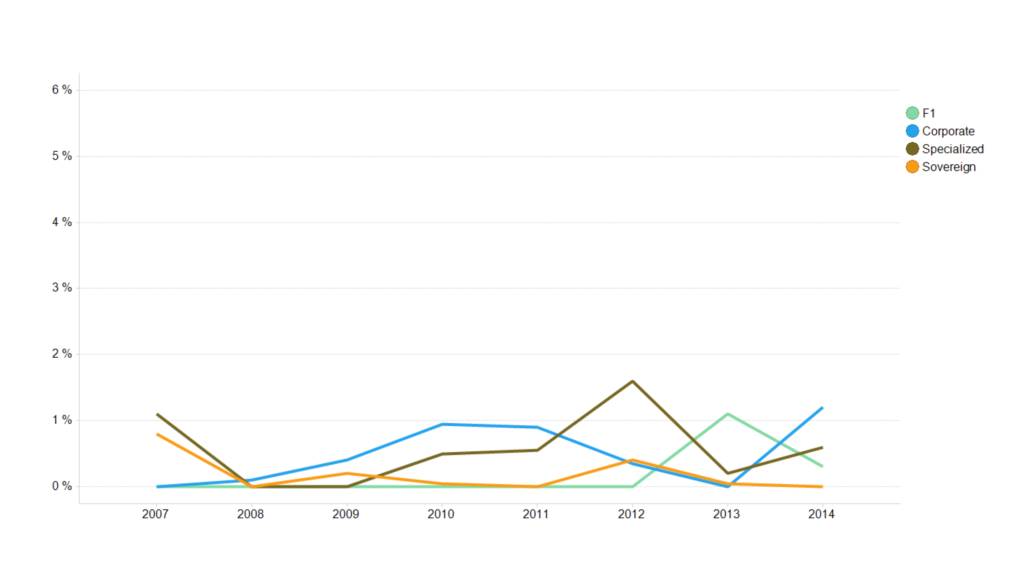 Accountants Are So Robotic!

Implementing a Plan B in the Wake of the EU Referendum

Banca Monte dei Paschi: Is This the Final...

Is Your Bank’s Client Portal Prepared For The...

Anti-Money Laundering Act is a Wakeup Call for...

To What Extent Have Recent COVID-19 Challenges Stymied...

The Unstoppable Rise of Fintech-as-a-Service

The Outlook for the Global Battery Market

Why Banks Deserve More Credit for Their ESG...

ICC’s Henri D’Ambrières in International Banker: Supporting trade in unstable regions » This is what we mean by communicating expertise September 2, 2016 - 11:05 am

Banca Monte dei Paschi: Is This...

Is Your Bank’s Client Portal Prepared...