Top Posts
Interview with Mr. Olukayode Pitan, Chief Executive Officer and Managing...
Commodities Outlook for 2023
The Value of Cash in a Time of Crisis: How...
The US-Africa Leaders Summit: Fostering a Closer Relationship with the...
Three Key Sectors in Which to Invest in 2023
Three Key Stocks in Which to Invest in 2023
Home Finance Tesla Job Cuts Reflect Precarious Health of Global Economy
Finance 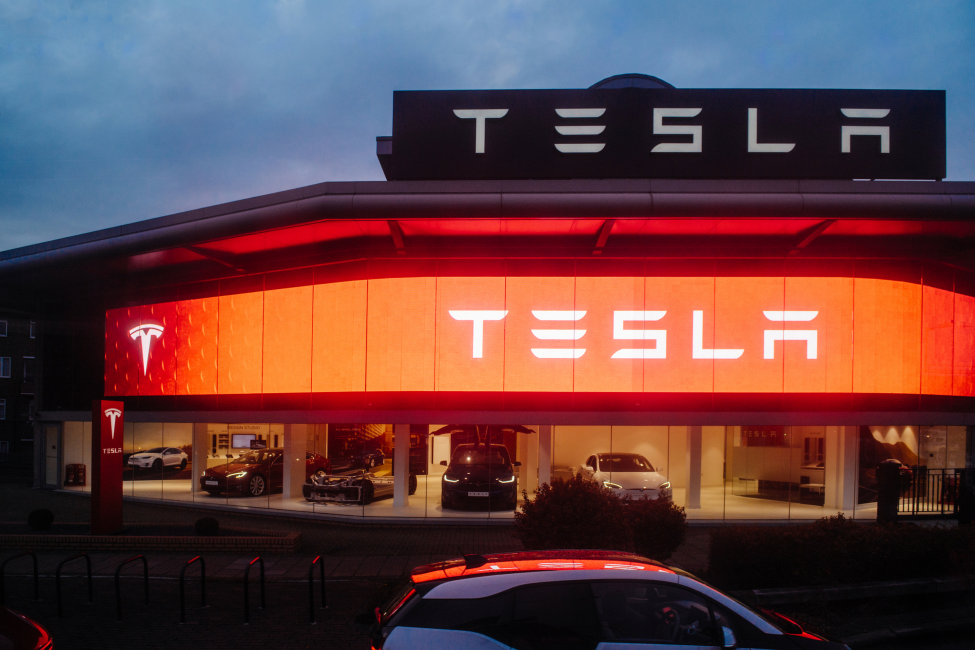 In mid-July, reports emerged that Tesla would be shuttering its facility in San Mateo, California, and laying off 229 of the 276 employees there as part of comprehensive cost-cutting efforts. Most of these workers have been focused on the electric vehicle company’s Autopilot driver-assistance system. According to unnamed sources, the 47 employees not laid will probably be transferred to Tesla’s Buffalo Autopilot location.

The layoffs are the latest round of job cuts by Tesla as part of the effort to trim its global workforce by 10% that CEO Elon Musk announced in early June. Reuters reported at the time that Musk had communicated to other company executives his grave concerns over the economic outlook and his desire to pause all hiring worldwide because of a “super bad feeling” about the economy.

Musk then sent an email to all Tesla employees confirming that the company would be reducing its salaried workforce by 10% to correct for overstaffing in many areas. “Note this does not apply to anyone actually building cars, battery packs or installing solar. Hourly headcount will increase,” Musk added, following up two days later with a tweet affirming that the total headcount would increase but the numbers of salaried employees would remain “fairly flat.” On June 21, he further clarified that the 10% cut in salaried employees would go into effect over the next three months while the numbers of hourly staff would grow, achieving an overall reduction in the workforce of around 3.5%. “We grew very fast on the salaried side,” Musk told Bloomberg. “A year from now, I think our headcount will be higher” of salaried and hourly workers, but for now, he said, the reduction would be 3-3.5%.

Dan Ives, tech analyst for Wedbush Securities, described Musk’s initial email about the job cuts as a “mini-disaster” for Tesla shares. “Last week’s email set off nervousness with investors around demand for no reason and put pressure on the stock,” he said. “You can see why Musk is not waking up in a good mood before he sent that email. That said, he probably should have had coffee before he sent it. It clearly backfired. . . . Any hint of economic softness from an influential person like Musk will be heard around the world.”

Despite the somewhat inconsistent messages, it is clear that jobs are being slashed at a furious rate as the global economic environment continues to deteriorate amid soaring inflation and sharply rising interest rates. Moreover, job cuts are taking place at Tesla’s operations outside the United States as well. On June 13, the company’s Singapore manager, Christopher Bousigues, said that his position had been eliminated amid the global economic concerns. “Tesla announced a 10% of workforce reduction. My role was chosen to be eliminated as of today,” he posted on social media, noting that he had been “the company’s first country manager in Southeast Asia.” In China as well, reports have emerged of some layoffs, though not of workers involved in the production of cars.

Its year-end SEC filing for 2021 indicated that Tesla’s subsidiaries employed 99,290 full-time workers worldwide and hired 28,533 during that year, representing a remarkable 40.3% increase over 2020. Most of the new jobs were in the company’s “gigafactories” in Europe and China. However, the cuts this year largely reflect the chaos throughout much of the global economy. Indeed, Musk acknowledged that new factories in Texas and Berlin were losing “billions of dollars,” in part because of global supply chain vulnerabilities that were limiting production. “Both Berlin and Austin factories are gigantic money furnaces right now,” Musk said in an interview with the Tesla Owners Silicon Valley club on May 30. “It should be like a giant roaring sound which is the sound of money on fire.”

The COVID-related lockdowns in China earlier this year have exacerbated the situation, especially by forcing temporary closures of Tesla’s most productive plant, in Shanghai, where production dropped by 81% in April. Indeed, Shanghai ended up making no car sales during the month after authorities mandated that people remain at home and shutter their businesses to combat a massive outbreak of the virus. As a result, the China Passenger Car Association reported, China posted a 46% slump in overall car sales from March to April and the worst April sales in a decade, and the China Association of Automobile Manufacturers reported that Tesla’s China sales fell by a massive 98% from March to April.

Given the extraordinarily high dependence of Tesla on China production (>40% of global production) and profitability (we estimate well over 50% of Tesla profit from China), the disruption from local Covid lockdowns is understandable, if not fully in consensus forecasts at this time. But as Tesla has shown throughout its history, it can make up substantial lost ground with accelerated deliveries into the close of a quarter where disproportionate amounts of a full quarter’s production can occur in the final week or two. Additionally, what may be lost in 2Q could just provide pent-up sequential tailwinds for 3Q results.

Tesla is making up some of this lost ground through its solar energy business, which had its best quarter in more than four years, reporting an increase of 25% year-over-year in its solar deployments in Q2 to 106 megawatts. “Although we continue to experience import delays beyond our control on certain solar components, we have expanded our supplier base to enable growth in this business,” Tesla stated. “Our solar installation team continues to improve installation efficiency, enabling higher volumes and stronger economics.”

In the meantime, Tesla will have to contend with a lawsuit filed in the US District Court for the Western District of Texas by two former employees fired in June, allegedly without a 60-day notice and thus in violation of the Worker Adjustment and Retraining Notification (WARN) Act, a federal law governing mass layoffs. The suit alleges that this failure has had a “devastating economic impact” on the terminated workers.

The plaintiffs’ lawyers have since filed an emergency motion asking a judge to prevent Tesla from forcing workers to sign releases to receive less severance than is provided by federal law. “Tesla has been encouraging the employees who are being laid off to sign severance agreements in exchange for a modest severance payment generally consisting of one or two weeks’ salary,” the motion said, but this is “far less severance than the employees would be entitled to under the WARN Act.” The motion thus seeks class-action status on behalf of “employees who have no reason to know yet of their rights or that this case has been filed on their behalf.”

Artificial Intelligence is the Future of the Banking Industry — Are You Prepared for It?