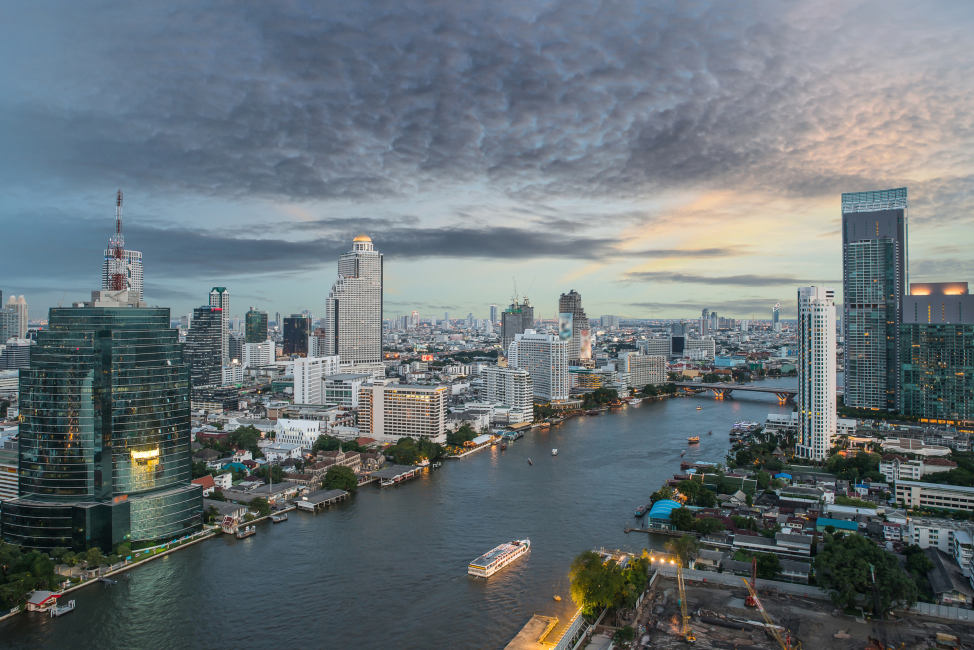 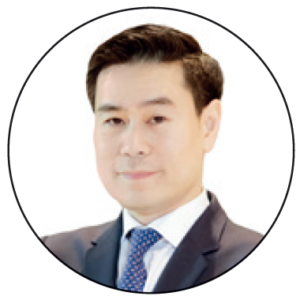 Since the beginning of 2021, Thailand has taken a step forward and two steps back regarding our handling of the pandemic. We seemed to have successfully brought the second wave of the pandemic well under control by March, but from April onwards, the third wave broke out, with daily infections climbing higher and higher. The Delta variant also has appeared to have breakthroughs with those already vaccinated in Thailand. The main vaccines distributed are Sinovac and AstraZeneca. As of July 25, 17.7 percent of the population had received at least one dose, with only 5.2 percent fully vaccinated. The pace of the vaccination rollout is evidently much slower than that of other countries, such as Singapore, the United Kingdom and the United States.

As a result, Thailand is currently paying a heavy price, with our health system on the brink of collapse. Reports of COVID-19 patients unable to receive treatments at hospitals are rife. Fear grips the nation as non-stop reports about lack of access to hospital beds, numerous cases of whole families infected and left to die, and pictures of thousands of desperate people packed together to try to receive vaccinations continue to assail them. Poor communication from the government has left people confused over its plans to see Thailand through the pandemic.

On Friday, July 9, the Thai government announced the latest set of draconian lockdown measures similar to those that were in place between April and June 2020.  One question that springs to mind is what took the government so long to announce the lockdown. Thailand was praised last year for how well it had contained the pandemic, but this year, Thailand is ranked at the bottom of the Nikkei COVID-19 Recovery Index (118th place out of around 120 countries). The Nikkei COVID-19 Recovery Index ranks countries on infection management, vaccine rollouts and social mobility. Obviously, this is not good news, as the government prided itself on its previous success of COVID-19 containment and relied on this achievement to attract wealthy tourists to revive our tourism sector.

At present, Bangkok and vicinity, which account for more than half of Thailand’s gross domestic product (GDP), are under lockdown. Shopping malls are closed, with only essential shops such as supermarkets and drug stores remaining open. In addition, there is a strict curfew from 9 PM to 4 AM. These measures continue to weigh on the hospitality sector, which is still reeling from the absence of tourists for the past five quarters. Domestic economic activity was supposed to keep the sector afloat until the return of international visitors. In fact, during the second half of 2020, Thailand was practically COVID-free, which allowed domestic tourism to partially support the hotel and hospitality sector. With the second and third waves, most operators are unlikely to survive.

To help cushion the blows from the lockdowns, Thailand’s cabinet approved another stimulus package worth 42 billion baht to support individuals and companies impacted by the government’s latest lockdown measures.Business compensation and utility subsidies were among the measures enacted. Cash handouts were also distributed to some 50 million people out of the country’s total population of 68 million. This underlines the scale and scope of the negative impacts on most Thais. Also, this highlights the massive income inequality of Thai society, which is often a major cause of resentment and political unrest.

Unfortunately, the negative impacts from COVID-19 have fallen mainly on the shoulders of the poor. With tourism accounting for about 20 percent of the country’s employment, millions have lost their livelihoods and incomes. As such, household debt rose to a record level at about 90 percent of GDP, one of the highest levels amongst emerging-market economies. Household debt is a ticking economic timebomb, which is only getting worse by the day. The government must address this issue as soon as the pandemic is brought under control.

Currently, the Thai government is juggling trying to reopen our borders, containing the pandemic, saving the healthcare system and ensuring a successful vaccine rollout by year-end. A few weeks ago, the prime minister announced a full reopening of the border within 120 days. This deadline looks increasingly out of reach, with the limited access to vaccines and growing public distrust of government measures.

We downgraded the GDP forecast for 2021 from an expansion of 1 to 2 percent to around 0 percent with growing downside risks. Furthermore, Thailand’s economy looks likely to recover at a slower pace than that of our peers as tourism had been a major growth driver. With the continuing absence of international visitors, tourism-related industries will remain in the doldrums. This has weighed on liquidity for both business owners and workers, in turn continuing to be a drag on the economic recovery.  In fact, the Bank of Thailand (BoT) does not expect a full recovery of GDP to the pre-pandemic level until the end of 2022.

So far, the only positive development comes from the export sector, which has benefited from the global growth recovery since the third quarter of last year. For the first half of 2021, exports rose by 15 percent compared to the same period a year ago. That said, the public sector’s financial standing is robust. Despite a collapse in the economy and massive fiscal stimulus, the public-debt-to-GDP ratio remains below but close to the 60-percent debt ceiling, up from 41 percent before the pandemic. The government, therefore, has ample fiscal space to shore up the economy, but it has shown an inexplicable unwillingness to breach its self-imposed debt ceiling of 60 percent of GDP. I hope the government will be more trigger-happy with a series of generous fiscal-stimulus measures until Thailand’s economy is out of the tunnel. The government should aim to prevent the economy from scarring rather than trying to be fiscally prudent at this critical time.

It is always the darkest before the dawn

I may have played the dismal-scientist card too well so far in this article. While there may not be much to be optimistic about Thailand’s economic outlook now, things should gradually improve in a few months. Here’s why.

First, judging from the experiences in India, things will eventually improve. We believe that the official figures of daily new cases massively understate the actual cases as our testing capability remains somewhat limited. Access to self-test kits has only become available recently; therefore, we are certain that the number of infected is much higher than official figures. And, as such, we may achieve herd immunity faster than if we rely only on the government to vaccinate people.

Second, more and more vaccines will be available for Thailand as countries such as the US, China and the UK start to donate doses to EM (emerging market) countries. Thailand is also licensed to produce AstraZeneca vaccines; thus, we expect to have easier access to those vaccines in the coming weeks. Further, the Thai private sector has ordered mRNA vaccines, reported to arrive in the fourth quarter. Consequently, the procurement of vaccines in the next six months will be a stark contrast to the experience of the previous six months.

Third, the US, the UK and several European countries have shown that mass vaccination is the key to economic reopening.  Further, as the economy emerges from lockdown, Thailand will enjoy a post-pandemic boom, as observed in other countries’ experiences. Economic activity will rebound with a vengeance. Therefore, the panacea to the Thai economic ailment is vaccine, vaccine and vaccine.

As we look ahead to the post-COVID economic landscape, there are quite a few deep-rooted challenges that need to be addressed, such as the high level of household debt, ageing population and income inequality. The government should not let out a sigh of relief just yet as the battle over the pandemic may well be over soon, but the war against deep-rooted economic challenges may have just only begun.

ABOUT THE AUTHOR
Burin Adulwattana is the Chief Economist at Bangkok Bank, with research publications on the global economic outlook and interest-rate and currency trends. Prior to joining Bangkok Bank, Burin worked for the Bank of Thailand as a global-market strategist and at Crédit Agricole Hong Kong as a foreign-exchange strategist.
Back To Top
AstraZenecaBangkok BankBurin AdulwattanaCOVID-19 PandemicDelta VariantFinanceNikkei COVID-19 Recovery IndexSinovacThailand Economic Outlook
1 comment 0 FacebookTwitterPinterestEmail
previous post

Repurpose Digital Transformation: It’s Not Just about the Technology, but the People We Serve and Lead

“And, as such, we may achieve herd immunity faster than if we rely only on the government to vaccinate people.”

Scientists are starting to think that the Delta varient has rendered herd immunity ineffective and that populations will need to rely upon booster vaccines to provide the best levels of protection over the coming years.