Top Posts
Western Banks Willing to Accept the Short-Term Pain of Russian...
Why the US Is Ramping Up Its Presence in Somalia...
How Technology Is Helping to Solve Global Supply-Chain Issues
UK Inflation Climbs to Fresh 40-Year High
Extended Reality and the Metaverse Are Leading Financial Services into...
Digital Currency: India’s Move Towards a Digital Financial System
Home Finance The Amazon Forest Needs You, and Here Are Some of the Reasons Why
Finance

The Amazon Forest Needs You, and Here Are Some of the Reasons Why 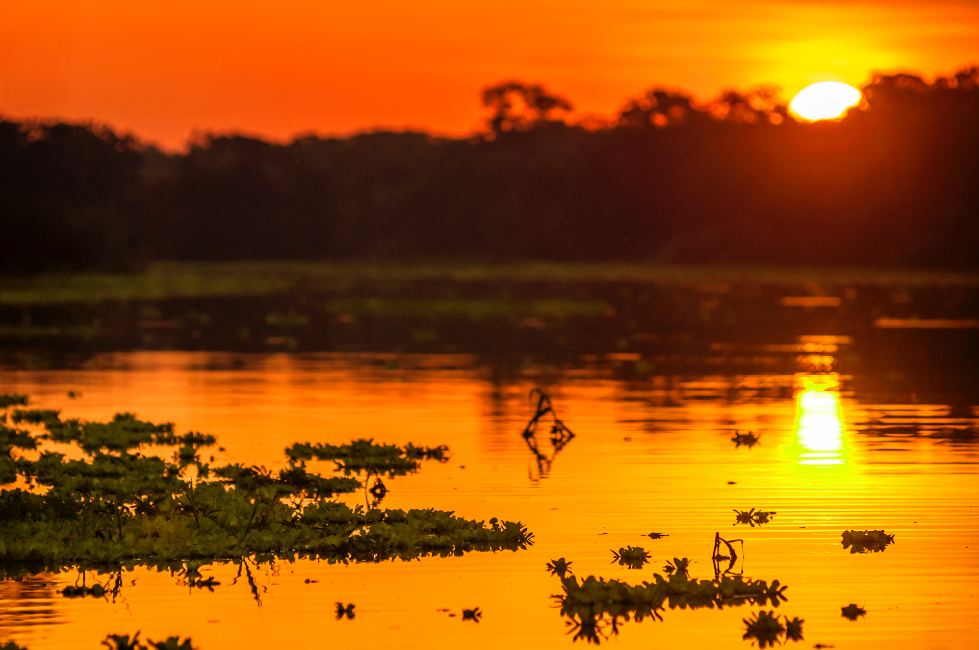 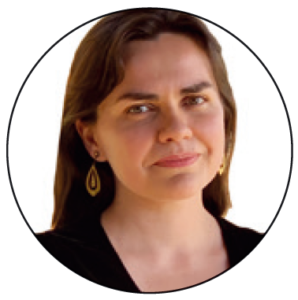 “Should I leave? Should I stay? Or should I go?” These are the questions investors face when considering Brazilian agricultural and mineral sectors today. In this article, we will present some arguments that should encourage international bankers and investors not only to stay but to come. Foreign pressure against the local players seems to be one of the most powerful tools to slow down a recent but dramatically increasing harsh attitude toward the Amazon rainforest and its traditional people.

The Amazon rainforest is a moist, broadleaf tropical rainforest covering most of the Amazon basin in South America. Its territory belongs to nine nations, but most of the forest (around 60 percent) is within Brazil, the largest country in South America. Specialists warn that the Amazon rainforest hosts a peculiar equilibrium, in which its moistness feeds back the rains that preserve the forest from seasonal burnings. With deforestation, this balance is disturbed, and seasonal fires become more extensive and frequent. Amazon’s deforestation has been a human decision until now. However, scientists predict that deforestation (and the subsequent process in which the forest is transformed into a savannah) is likely to become unavoidable and unreversible1 within the short run.

The quality of the soil of the Amazon is surprisingly poor. In the untouched forest, the soil is continuously fed by the degradation of leaves, frequent rains and a myriad of insects, fungus, animals and organic remains. Under deforestation, only a thin layer of humus is left, which cannot nourish agriculture or cattle farming for more than a couple of years. In a process called “mining nutrients”, the land is used while keeping the fruitful remains of the forest. Once the nutrients are gone, the land becomes a disposable good that is often abandoned or poorly explored for future value. In the process, cattle ranchers are incentivized to continuously deforest the area, extending their encroachments into the Amazon, leaving the devastated poor land behind. However, the average cattle-raising productivity is feeble.

Deforestation has been an issue since the beginning of the 1970s in Brazil, but it has gained notoriety since 2019, with a remarkable relaxation in environmental oversight. Under the government of Jair Bolsonaro, the right-wing president of Brazil, comprehensive and stable rules that controlled deforestation until recently are becoming a “dead letter”. Under Bolsonaro’s government, the agencies that traditionally managed the sustainable use of local natural resources have seen their budgets cut and their officials’ independence constrained. Of course, the problem is not limited to the Amazon forest but affects all of the environments in Brazil. The problem is not limited to deforestation either, as land contamination, dam collapses, sea pollution, attacks against indigenous rights and termination of public funds for preservation, recovery and sustainable development have been part of the institutional destruction under Bolsonaro.

The Government of Brazil has always played a key role in the occupation of the Amazon’s territory. The federal government and the indigenous people are the official owners of most of the Amazon’s lands. Until the ‘80s, the federal government promoted the occupation of the Amazon by building roads that could aid the exploration of woods and giving land certificates to ranchers who occupied the land in a “productive” way. The rise of environmental concerns and the construction of the international legal apparatus that applies to forests and gas emissions rebuilt the government’s posture at the beginning of the 2000s.

Recently, a peculiar group of Bolsonaro political supporters—cattle ranchers, independent miners and wood extractors—reopened the frontiers of deforestation and, with the promise of poor regulation, swiftly grabbed land certificates. This analysis is included in a book written by Richard Lapper, Beef, Bible and Bullets: Brazil in the Age of Bolsonaro2.

President Joe Biden of the United States and other international leaders have pushed Bolsonaro to cease deforestation. France and Norway3 stopped sending funds for conservation efforts. Although Bolsonaro formally committed to do so4, deforestation has not eased. In fact, it has increased by 17 percent in the last six months. In addition to that, it is unlikely that Bolsonaro will risk disappointing some of his essential supporters, who are in the frontline of the Amazon degradation.

On July 14, the Financial Times published an editorial5 describing a challenging conundrum raised by the Amazon deforestation: “What should the investors do now?” The Financial Times’ opening claims were that “investor activism can be a powerful force for good”, but it can be “disappointing if investors’ targets ignore the pressure”. The Financial Times concluded its article by suggesting that investors should send a remarkable sign to Brasilia: “Unless deforestation abates, they will sell.”

Our answer to the question of what an investor should do is quite different: Investors should stay and come because they are likely to represent the most important engine of transformation for the Amazon right now and also because the Brazilian people collectively should not be condemned for Bolsonaro and his supporters’ acts.

Roughly speaking, investors have three options. First, continue in the globalized and sometimes green-washed degradation process, in which international funds support projects in developing countries that they would never help from their headquarters. It involves the idea mentioned by the Financial Times that “some argue that continued engagement is preferable to selling and losing influence”.

The second option for investors is to turn back and head home. While this strategy could be a threat to most politicians, it is unlikely to work with Bolsonaro. The president probably considers the immediate support he can keep (or lose)
from the frontline deforestation workers more politically important than investment flows. While investment flows can improve the quality of life of many Brazilians, these improvements would not be directly connected to the personal image of Bolsonaro. On the other hand, when poor miners are allowed to search for gold on indigenous lands, they should definitely recognize this as a “benevolent virtue” solely from Bolsonaro. (It is worth mentioning that Bolsonaro is a candidate for reelection in 2022.)

The third option involves building up alliances toward economic, legal and ethical aims that cannot be limited by the traditional frontiers of countries or classic divisions between governments and companies.

Economically, sustainability likely represents the cheaper choice in the long run. If degradation persists, all goods tend to become more expensive, as natural resources for production, such as unpolluted water or uncontaminated land, become increasingly scarce. This argument is especially useful to touch people who are not immediately threatened by deforestation and other environmental damage. Professor Jeffrey D. Sachs, a renowned economics professor, stated that “we need to defend the interests of those whom we’ve never met and never will”. If part of the population is not open to the argument of lives suffering—because this suffering is just too far from them—economic-degradation costs tend to reach us all.

Legally, the third option would attend the new international standards. A remarkable symbol of the importance of the legal incentives for the third option is the United Nations’ Guiding Principles on Business and Human Rights6; but one can also mention the United Nations’ Sustainable Development Goals7 and local regulations such as the European Union’s (EU’s) regulatory package on sustainable finance8 or the EU’s taxonomy regulation9, which discuss protection and restoration of ecosystems. Last but not least, it is vital to consider the Paris Agreement10,which is a legally binding international treaty on climate change.

It is important to note that international law is likely to be more effective than local regulation not only in Brazil but in most developing countries. The J.P. Morgan report “Grow, Forest, Grow”11 measured the trade regulations at the national level in Brazil and verified what was already predictable: They have limited financial materiality. However, even if Brazilian sanctions are limited12, it is worth mentioning that an increasing number of jurisdictions can promote class actions13 for losses that happened in other countries. Such cases would involve not only deforestation but several other high-impact environmental damages that are ultimately connected with poor regulation and strong incentives for profits.

Ethically, the third option is the only way to recognize that we do live in a single world facing problems that vanquish the traditional frontiers of countries. Peter Singer, the famous moral philosopher and author, once said, “The world would be a much simpler place if one could bring about social change merely by making a logically consistent moral argument.” It is morally consistent to help ourselves, Brazilians or not, right now.

The third option involves designing alternatives for deforestation and building up sustainable goals for the population who live in the Amazon. The forest-aggressive actors who support Bolsonaro should be constrained by environmental-law enforcement for sure. But additionally, the “clean” activities that can be developed within the forest or on the non-forest lands of Brazil should be targeted as a priority for international investors, a way to provide sustainable solutions for a problem that greatly surpasses the actors involved or the local citizens.

Investors have the opportunity to leave and let the forest burn while their reputations are kept safely away from any connection with one of the worst, harshest environmental travesties in humankind’s history. Or investors can stay—and make the difference.

Corporate Banking Is Going Digital and Is in Search of Solutions

The New Regulatory Environment for Banking in Digital Assets in Switzerland