Top Posts
Challenges Remain, But There Are Opportunities to Be Had in...
Interview with Mr. Olukayode Pitan, Chief Executive Officer and Managing...
Commodities Outlook for 2023
The Value of Cash in a Time of Crisis: How...
The US-Africa Leaders Summit: Fostering a Closer Relationship with the...
Three Key Sectors in Which to Invest in 2023
Home Finance The Challenges of Global COVID-19 Vaccination
Finance

The Challenges of Global COVID-19 Vaccination 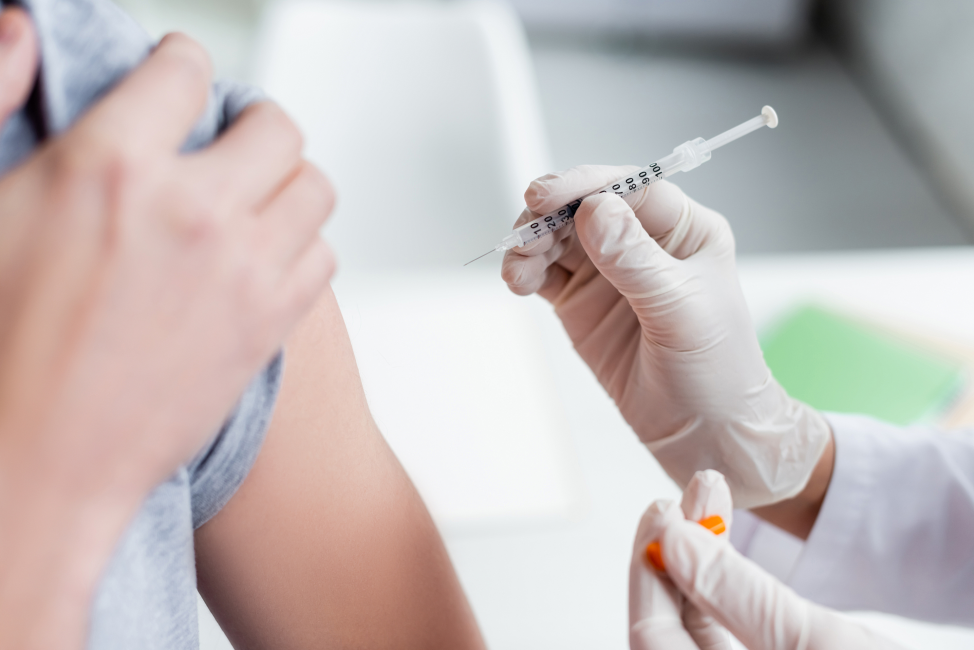 Thanks in no small part to the Delta variant of the COVID-19 virus, the global impact of the coronavirus remains as devastating as ever. While some parts of the world are achieving notable gains in combating the virus and bringing their cases and fatality numbers down, others, such as Africa and Southeast Asia, are experiencing their deadliest periods yet. Perhaps even more concerning, moreover, are the inadequacies of global vaccination efforts that have been exposed in recent months, particularly for developing countries, which has raised pertinent questions over the funding shortfalls and disjointed natures of inoculation initiatives.

The World Health Organization (WHO) recorded a 43-percent jump in COVID-19 deaths throughout Africa for the week ending July 11, as countries such as Namibia and Tunisia recorded some of the world’s highest per-capita deaths while experiencing squeezes on oxygen supplies and intensive-care facilities. Yet, only around 1 percent of Africans have been fully vaccinated to date, with vaccine-funding challenges very much at the heart of the problem.

COVAX (COVID-19 Vaccines Global Access), the main global vaccine-procurement initiative, is backed by Gavi, a Switzerland-based vaccine alliance and public-private partnership that facilitates vaccination efforts in developing countries, as well as the United Nations International Children’s Emergency Fund (UNICEF), the World Health Organization and the Coalition for Epidemic Preparedness Innovations (CEPI). It has been set up to solve supply-chain bottlenecks preventing the world from being vaccinated and secure inoculations for low- and middle-income nations. Last year, it set a target of making two billion doses available to such nations before the end of 2021. But by mid-July, it had delivered less than 6 percent of that amount.

“People keep asking me, ‘What keeps you awake at night? The variants?’ Christ, no! It’s human behavior—the unwillingness to share!” Bruce Aylward, a senior adviser at the World Health Organization who works on COVAX, told Vox media outlet in May when just 68 million doses had been delivered. “How do other people sleep at night? They should be so energized to fix this!”

Things have modestly improved since then, however, with a number of developed countries and institutions pledging to up their donations to COVAX. Having already provided $4 billion to the initiative, which makes it COVAX’s largest donor, the United States has committed to sharing 80 million domestically produced vaccines with countries worldwide to protect some of the most vulnerable populations. Twenty-five million doses of the vaccine will go to 49 African countries, US officials announced in mid-July. President Joe Biden also confirmed that the US would purchase and donate half a billion Pfizer vaccines to 92 low- and lower-middle-income countries and the African Union by June 2022. “This is the largest-ever purchase and donation of vaccines by a single country and a commitment by the American people to help protect people around the world from COVID-19,” the White House stated in June.

Although numbers remain unconfirmed, Singapore has also recently stated that it would donate to COVAX, with Prime Minister Lee Hsien Loong urging countries with well-functioning vaccination programmes to do the same. And the World Bank announced at the end of June that it would be providing more than $4 billion for the purchase and deployment of vaccines for 51 developing countries, half of which are in Africa, and would boost its total available funding to $20 billion from a previous target of $12 billion. COVAX itself, meanwhile, recently announced that it would purchase up to 550 million doses of vaccines from China’s Sinovac Biotech and Sinopharm. And Gavi has confirmed that it is working to procure necessary equipment, including boxes, vaccine carriers, solar and ice-lined refrigerators and freezers for 71 low-income nations, 39 of which are in Africa.

Nonetheless, there remains a major delay in delivering hundreds of millions of vaccine doses to COVAX. Could some countries do more to alleviate the problem? It would certainly appear so—the US, for one, remains dismayed at China’s lack of action, all the while seemingly profiting from the recent sale of vaccines to COVAX, making no donations to the programme and providing nothing to the rest of the world from its own national stockpile. “It is appalling that Beijing chose to make a profit on those vaccines rather than to contribute financially to Covax or to donate its state-owned vaccines to Covax to reach people in their hour of desperate need,” Samantha Power, the head of the U.S. Agency for International Development, recently remarked.

By charging COVAX for the doses, China will stand to make potentially billions of dollars; and perhaps even more concerning is the questionable efficacy of the Chinese vaccines compared to others. According to the US Senate Committee on Foreign Relations chairman, Robert Menendez, the US should start thinking about agreeing on more bilateral vaccine agreements with other countries to bypass China’s inhibitive influence. This would be “a force multiplier in terms of our diplomacy and our interests…in addition to doing to the right thing on vaccines”.

Trade controls have not helped matters, either. To deal with the pronounced surge in domestic cases, India’s reversal of its planned export of doses by the world’s biggest COVID-19 vaccine manufacturer, the Serum Institute, on which COVAX placed a heavy reliance, has been particularly detrimental to Africa’s vaccine requirements. To date, COVAX has received only around 30 million out of the 200 million minimum doses it had ordered from Serum, further underlining the shortfalls being felt in trying to inoculate the developing world. The US itself has also been culpable in delaying global vaccine production, most notably by deploying its Defense Production Act, which prevented the use of certain equipment outside of the country.

There is also the economic cost of such poor vaccine rollouts for the world to consider. A study at the beginning of the year commissioned by the International Chamber of Commerce’s (ICC’s) research foundation found that insufficient vaccine availability in developing countries could cost the global economy $9.2 trillion in 2021 alone, which is more than the gross domestic products (GDPs) of Japan and Germany combined. Up to half of this amount could end up falling on advanced economies, moreover, with the research particularly identifying Belgium, France, Germany, the Netherlands, Norway, Switzerland, the United Kingdom and the United States, which might lose up to 3.9 percent of their GDPs relative to a world in which all countries are vaccinated.

Such a pattern of distribution is “a fundamental challenge to all notions of global solidarity and inclusion,” noted John W.H. Denton AO, ICC’s secretary-general, and Henrietta Fore, UNICEF’s executive director, with the pandemic exposing a clear divide between rich and poor and the inequitable access to vaccines having the potential to create an even greater separation between the developed and developing worlds. “In short, no country will be freed from the economic effects of COVID-19 until the spread of the virus is firmly under control throughout the world,” they added. “To put it another way: the jobs of autoworkers in the United States will not be secure until tyre producers in Thailand and consumers in Brazil are also rid of the virus.”

Ultimately, vaccines have a chance of being effective only if presented to those in need in a timely manner. In turn, this means they must be affordable to developing countries and accessible such that they can be delivered to vulnerable local communities without encountering obstacles. Supply scarcity coupled with substantial volumes of pre-orders in advanced countries, often simply for non-essential booster shots, have unnecessarily exacerbated inaccessibility to vaccines for billions of people worldwide, further underlining the lack of coordination among the world’s powers. “Covid-19 will not be the last, nor the most serious pandemic the world will face,” Singapore’s Lee Hsien Loong recently warned. “We need a more agile global governance and financing mechanism that can swiftly plug gaps in global health security.”

Mechanisms are needed to ensure the affordability and sustainable financing of COVID-19 vaccines in low-income and middle-income countries, which are home to about 85 percent of the global population and may lack the resources to buy adequate quantities of vaccines, noted The Lancet’s March 2021 paper, “Challenges in Ensuring Global Access to COVID-19 Vaccines: Production, Affordability, Allocation, and Deployment”. “Even in high-income countries, it is important to ensure access to COVID-19 vaccines for poor and marginalised populations,” the study added, whilst also identifying the costs of distribution, administration, record-keeping and surveillance as being crucial for effectively funding COVID-19 vaccines and vaccination programmes.