Top Posts
Digital Transformation For Financial Systems In A Changing World
How Gamification is Catapulting Digital Banking to the Next Level
Challenges Remain, But There Are Opportunities to Be Had in...
Interview with Mr. Olukayode Pitan, Chief Executive Officer and Managing...
Commodities Outlook for 2023
The Value of Cash in a Time of Crisis: How...
Home Finance The Disruption in Inflation Is Still to Come
Finance

The Disruption in Inflation Is Still to Come 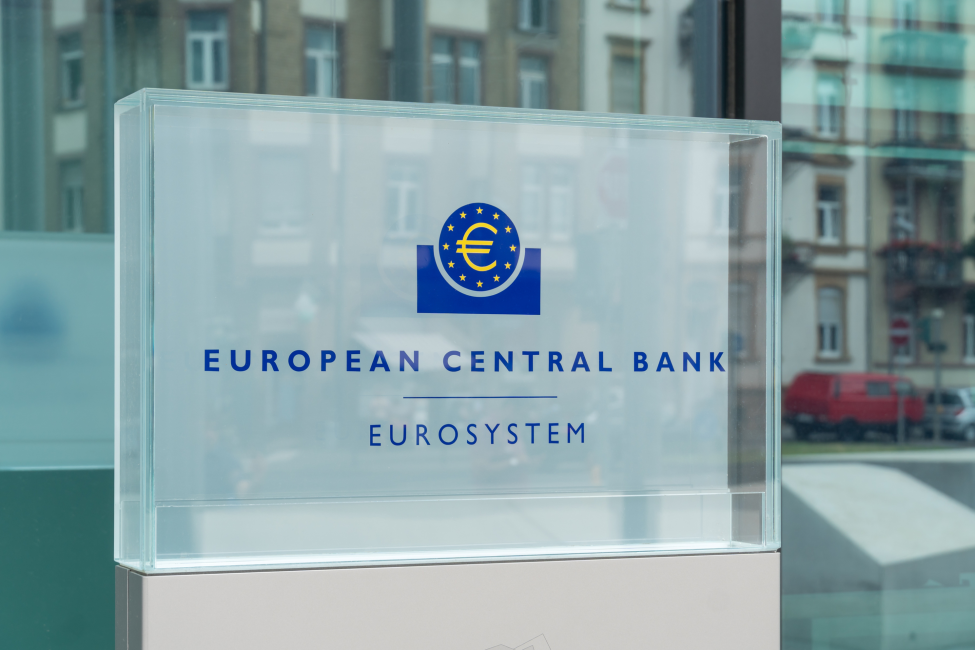 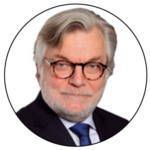 After years of stability, the pace of inflation is picking up swiftly. The annual change in consumer prices is now well above central banks’ targets in both the euro area and the United States. This obviously raises questions both on the sustainability of this trend and the responses from central banks and the markets. The situation may be temporary and merely embody the upheaval observed since the start of the COVID-19 crisis: If this is the case, it will not mean a paradigm change. However, further down the line, we may consider the possibility of higher inflation on a longer-term basis to support the adjustments resulting from steps to tackle climate change. The COVID-19 crisis has primarily fueled disruptions in demand, while climate change will lead to supply-side challenges. Consumer-price dynamics will be different, and we should be more concerned about the fallout related to climate change.

Price-index fluctuations have sometimes reflected dramatic movements on the energy market—particularly oil—since the middle of the 1980s. However, these pick-ups in prices have had no long-lasting consequences—the shocks from petrol-price hikes have had few knock-on effects on other prices, particularly wages. If we look at the metrics of household-inflation projections, we observe that they have only trended in relation to pump prices, which follow oil-price trends. Other factors dictating the pace of inflation rates have not had major impacts, and this is testimony to the central banks’ credibility, as inflation has not been viewed as persistent.

This particular situation, characterized by price stability, pushed down interest rates, thereby promoting financial globalization since the beginning of the 1980s and making for a world in which central banks became omnipotent in both monetary- and economic-policy terms. This downward trend in interest rates drove up valuations for all assets, from stock markets to real estate; this fall in interest rates pushed up asset valuations and further shored up the financial sector in the overall dynamics of the world economy.

We could well have feared that the 2008-09 financial crisis would jeopardize this balance, but this was in no way the case. The central banks facilitated the emergence from this challenging period for financial markets and further strengthened their roles in economic-policy steering. Former president of the European Central Bank (ECB) Mario Draghi’s “whatever it takes” in London on July 26, 2012, is a prime example of the effects of this approach.

The COVID-19 crisis has upended this balance. Monetary institutions’ interest rates were already extremely low when the crisis broke out, with the ECB’s refinancing rate having been at 0 percent since the first quarter of 2016 and the US Federal Reserve (the Fed) cutting its key rate after its first attempt to raise it since the end of 2015. Central banks did not have the wherewithal to address the emerging crisis: In the past, the Fed had slashed its interest rates by 450 to 500 basis points.

Macroeconomic policy-making became the preserve of governments as economic policy helped rein in risks in Europe and imposed restrictions to curb the spread of the virus. Governments stepped in to steer their economies and provide support to companies, along with comprehensive measures such as job-retention and furlough programs, staging massive state interventions to preserve labor-market balances.

The central banks’ role was, therefore, restricted to providing sources of funding for states’ spending as they stepped in to massively purchase sovereign debt. Monetary policy was thus dictated by fiscal policy, making for a major and far-reaching turnaround in the balance between political institutions, as governments took over control from central banks.

Beyond technical factors, the highly specific configuration of the crisis also had a key influence on this rebalancing act. Unlike during past crises, financial markets were not the epicenter of the shock. Liquidity provided by central banks was useful, but not in the same way as in 1987, 2001 or 2008. At the start of 2020, the real economy came under pressure, and it was government action that was most effective by staggering the effects of the shock over time.

Managing demand is at the heart of economic policy…

However, efforts to manage the crisis led to restrictions on demand, particularly during lockdown periods, which were then followed by phases when activity caught up—sometimes dramatically. The real economy saw the very visible effects of adjustments first and foremost, with massive dents to activity figures followed by striking rebounds in the gross domestic product (GDP) during the summer of 2020. By way of example, economic activity plummeted by more than 13 percent in France during the first lockdown and then soared 18.5 percent in the third quarter of 2020. However, the composition of these adjustments shifted with the acceleration in vaccination programs in developed countries, with demand suddenly taking off again and wrongfooting all production systems that had laid dormant for more than a year.

Surplus demand drove up prices on the oil, gas and electricity markets, offering an initial explanation for the swift surge in inflation. In September 2021, half the inflation figure in the euro area could be attributed to rising energy prices. However, this is not the only factor in the disruptions observed on a nominal basis, as there have also been slightly steeper price rises in services, as companies have sought to rebuild their margins after an extremely challenging year in 2020.

We are now also witnessing bottlenecks in large ports the world over, with rising freight prices and increasing costs for the containers used for world trade. Meanwhile, semiconductors are in short supply, and this is hampering all industries. Additionally, the labor crisis has been particularly extensive sector-wide; with the labor market at a standstill for several months, when economic activity did take an upturn, several sectors were unable to find the staff they needed. In the United States, the labor market has been transformed after a wave of resignations. These disruptions to demand were also triggered and accentuated by President Joe Biden’s policies, aimed at underpinning demand at all costs after the dramatic and in-depth adjustment in the labor market during the spring lockdown when the economy lost 20.7 million jobs in April. Policies, therefore, sought to curb the extent and duration of this shock by fueling demand.

With activity catching up after a long period of lockdowns, hefty price adjustments emerged, particularly in the United States after Biden’s stimulus checks were released in March 2021. But the situation should not be further exacerbated as surplus demand should correct it, and there will also likely not be widespread increases in wages. We are seeing different trends from one sector to another, but currently, there are no broad-based wage rises in either the euro area or the United States. Additionally, there is no talk of indexing wages, unlike in the 1970s during the period after the first oil shock.

The increase in demand has fueled pressures that will ease as the money that was handed out is spent and corporate margins are bolstered. The only restriction that may linger—albeit a major one—is the shortage of semiconductors; so we will just have to wait it out, with the risk of consumers having to delay their purchases of end products. If this scenario prevails, central banks will be able to pursue their accommodative policies—which will be fairly close to their approaches during the COVID-19 crisis.

However, this dip in inflation may be short-lived.

Disruption is still to come

Economies will have to adapt and transform extensively if they are to tackle climate change. The world economy’s temperature pathway is above viable levels for the moment: At the end of the 21st century, the Earth’s average temperature is set to be around 3 degrees Celsius (°C) above pre-industrial (1850-1900) averages if the current trend is pursued, whereas we need to achieve closer to 1.5°C.

If we are to move towards this sustainable target for the medium and long terms, swift actions are required to reduce greenhouse-gas emissions, promptly curb our fossil-fuel use and also innovate at speed on carbon capture and storage, which must combine with the other two factors for the world to be carbon neutral by 2050.

A ramped-up remake of the first oil shock?

Since the start of the Industrial Revolution, the economy has operated by using massive amounts of fossil fuels, which even today account for more than 80 percent of energy use. However, we need to reduce this to 20 to 30 percent by 2050, which requires fast-paced change and will mark a massive watershed. The economy will have to be reinvented to take on board these restrictions. In some ways, this is similar to the first oil shock—although on a much larger scale—when prices quadrupled, making several industries unprofitable. This event fueled the shift from an industry-based economy to a services-based economy. We do not know what shape the economy of tomorrow will take, but the transition will require extensive transformation, with new business sectors set to emerge very quickly, while others will disappear—e.g., coal-related businesses. Meanwhile, the boom in electric vehicles will change the entire landscape of the automotive sector.

These changes will lead to severe pressures on labor markets because demand for certain jobs will soar while some business sectors will disappear, leading to job losses. In the 1970s, higher inflation facilitated macroeconomic adjustments with widespread surges in wages. Some wages rose extremely quickly, while others to a lesser degree depending on economic adjustments. But while spending power was not guaranteed, the nominal illusion curbed social risks resulting from the upheaval in the economy.

This kind of adjustment looks feasible in a global economy that will need to be reinvented, and it will also lead to an overhaul of social relationships. We will have to address climate change and the transformation that it involves, and prices and wages will reflect the extensive changes in production systems. This is entirely unrelated to the surplus demand that we are currently seeing, leading to slightly higher inflation for a few months. Inflation will be the embodiment of in-depth change in the economy and its crucial adjustment to a new world.

ABOUT THE AUTHOR
Philippe Waechter is Chief Economist of Ostrum Asset Management and a lecturer at the École Normale Supérieure de Cachan (ENS Cachan). With more than 30 years of experience as an economist in the banking sector, Philippe previously served as an Economist and later as Director of the Economic Research Department for BRED Banque Populaire.
Back To Top
Central BanksCOVID-19European Central Bank (ECB)FinanceInflationMario DraghiMonetary PolicyOstrum Asset ManagementPhilippe WaechterPresident Joseph BidenUS Federal Reserve
0 comment 0 FacebookTwitterPinterestEmail
previous post

Automation and the Digitalisation of Trade Finance

A Look Back at Dubai Real Estate in 2021