Top Posts
Challenges Remain, But There Are Opportunities to Be Had in...
Interview with Mr. Olukayode Pitan, Chief Executive Officer and Managing...
Commodities Outlook for 2023
The Value of Cash in a Time of Crisis: How...
The US-Africa Leaders Summit: Fostering a Closer Relationship with the...
Three Key Sectors in Which to Invest in 2023
Home Finance The Economic Impact of the Trump Tax Cuts
Finance 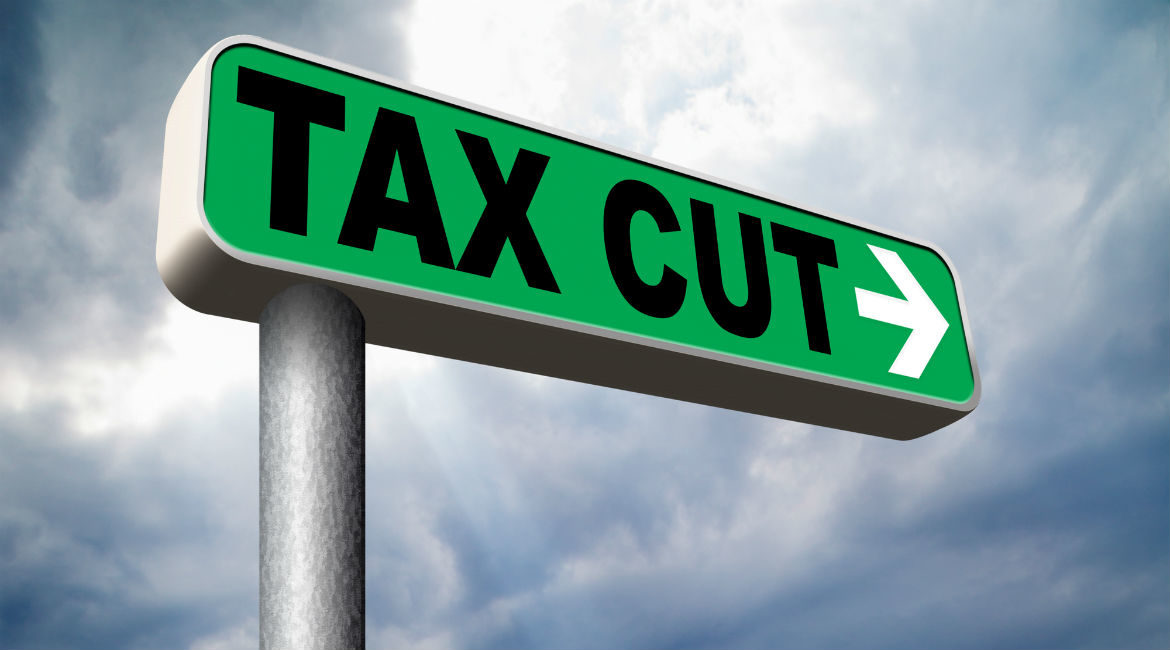 On December 22, US President Donald Trump signed into law the Tax Cuts and Jobs Act of 2017. The legislation is one of the most radical changes to fiscal policy the United States has undertaken in decades, with sweeping amendments implemented across the entire breadth of the tax code. Indeed, in his State of the Union Address, Trump called it “the biggest tax cuts and reforms in American history”. As such, its impact is likely to be felt throughout the economy for quite some time to come.

It is arguably the cut in corporate tax that forms the centrepiece of this new legislation, with the rate being cut from 35 to 21 percent. That puts the new rate broadly in line with the worldwide average, which as measured by the Tax Foundation across 202 jurisdictions currently stands at 22.96 percent—or 29.41 percent when weighted by gross domestic product (GDP). Corporations will also stop having to pay corporate tax on any income earned from foreign operations, while such money that is brought back home will be taxed between 8 and 15.5 percent, significantly lower than the 35-percent tax they are currently paying.

Republicans believe such substantial cuts will spur a massive influx of business investment that will eventually lead to higher average wages for Americans. For example, Texas Congressman Mike Conaway stated, “It’s in all of our best interest to have these tax cuts for corporations so that they will have more money to invest in their business and pay their workers.” But much of the research conducted thus far suggests otherwise; the Center on Budget and Policy Priorities, for instance, recently concluded that workers would receive a maximum of only a quarter of the benefits from tax cuts; and even then, it is most likely to be the higher earners that would be the biggest beneficiaries.

Another piece of evidence to which analysts are pointing is data from S&P Dow Jones Indices, which shows that non-financial companies in the S&P 500 are already flush with cash at the moment, having between them an estimated $1.63 trillion. And despite this vast sum of cash, an investment boom has not transpired. Indeed, some top companies have made it explicitly clear that any tax relief they receive from the reforms will be primarily used to increase dividends and buy back stock to boost share prices. Amgen CEO Robert Bradway, for example, said, “We’ve been actively returning capital in the form of growing dividend and buyback, and I’d expect us to continue that.” And in terms of what businesses planned to do with any profit returned from abroad, a Bank of America Merrill Lynch survey of more than 300 CEOs found that paying down debt and stock buybacks were by far and away the biggest priorities for businesses.

The other major pillar of the reform is the cuts that have been enacted for individual income earners, with middle-class taxpayers earning between $19,050 and $77,400 per year receiving a cut in tax from 15 to 12 percent. Higher-bracket earners, meanwhile, will see their tax rates go from 25 to 22 percent (for incomes between $77,400 and $165,000); 33 to 24 percent ($165,000 to $315,000); and 39.6 to 35 percent ($400,000 to $600,000). And as far as analysis from the Tax Center is concerned, after-tax income will increase by an average of 2.2 percent across all groups. However, all of this changes after a few years, due to official budget rules that limit the cost of the bill to $1.5 trillion in total—which therefore means that in order to make the corporate tax cuts permanent, the individual tax relief will completely expire by 2025. As such, it is highly likely that a tax increase will result by 2027, which, according to projections by the Tax Policy Center, will impact 53 percent of Americans.

Whether the overall impact will be a net positive or negative for the US economy remains to be seen at this stage, therefore. While most analysis produced to date agrees that economic growth will receive a boost in the short-term, the predictions that have so far come in have been decidedly more mixed—and less sure—for longer-time horizons. The non-partisan Joint Committee on Taxation of the US Congress expects gross domestic product to be 0.8 percent higher on average each year during the next 10 years than baseline forecasts, thanks mainly to an expected increase in labour supply and business investment. According to the independent non-profit research organisation the Tax Foundation, meanwhile, the plan will primarily reduce marginal tax rates and the cost of capital. In turn, this will lead to a 1.7-percent rise in GDP over the long-term, a 1.5-percent increase in wages and a further 339,000 full-time equivalent jobs. This year, moreover, will see GDP growth being posted at 2.45 percent, compared to baseline growth of 2.01 percent.

But most analysts see the economic benefits tapering off much sooner than the 10 years asserted by the Joint Committee on Taxation. Goldman Sachs, for example, believes the tax cuts will only slightly boost growth in the short-term before fading quickly. Alec Phillips and Blake Taylor, analysts on Goldman’s US economic-analysis team, stated in December that the bank’s estimate of the growth effects of the legislation in 2018 and 2019 would be 0.3 percent per year, before dropping off. Indeed, Phillips and Taylor warn that the legislation may end up damaging the economy in the long run: “We note that the effect in 2020 and beyond looks minimal and could actually be slightly negative.”

Some also point to the fact that the cuts will drastically deepen the national debt, with Maya MacGuineas of the Committee for a Responsible Federal Budget estimating an additional $1.5 trillion will be added to the $10 trillion already forecast for the next decade. As she explained, “Instead of trickling down economic growth, the House plan will unleash a tidal wave of debt that will ultimately slow wage growth and hurt the economy.” She seems to have a point—the debt today is 77 percent of GDP, much higher than the 31 percent in place when the 2001 Bush tax cuts were passed, and the highest it has ever been save for the period just after World War II. What’s more, given that interest rates could well rise faster than expected as a result of the likely ballooning of the debt, it may well dampen the expected boost to business-capital expenditure, consumer spending and wage growth.

Indeed, the arbiter of monetary policy itself, the Federal Reserve, has indicated that it remains somewhat unsure of the overall impact of the tax cuts. According to the released minutes of the central bank’s December meeting, growth will only modestly be boosted, with members of the Fed’s board and presidents of its member regional banks saying they expect real GDP growth of just 2.2-2.6 percent, and a median expectation of 2.5 percent growth for this year. The comparatively tempered projections are reflective of the debate within the Fed over just how much of a boost business investment and consumer spending will receive from the tax cuts.

According to the minutes, “Many participants judged that the proposed changes in business taxes, if enacted, would likely provide a modest boost to capital spending, although the magnitude of the effects was uncertain.” While they are highly likely to have a positive effect on economic growth, the Fed also warned that much of the extra cash that is generated is more likely to be utilised “for mergers and acquisitions or for debt reduction and stock buybacks”. Moreover, the boost to consumer spending may have already occurred in part on the back of realised future tax-cut expectations.

Ultimately, it may be too soon to make any firm conclusions about how impactful the tax cuts will eventually be; but given that the US economy is already experiencing strong economic growth, and given that virtually all the signs point to an economy operating at full employment—and therefore, at full capacity—such sweeping reforms that have been at least partly designed as an economic stimulus could well be dangerous. The impact on inflation and debt may well force the Fed to hike rates more than the three times that back in December it had projected for 2018. Time will tell.

Quantitative easing didn’t boost investment it just allowed for debt payment and buybacks, why would this ?