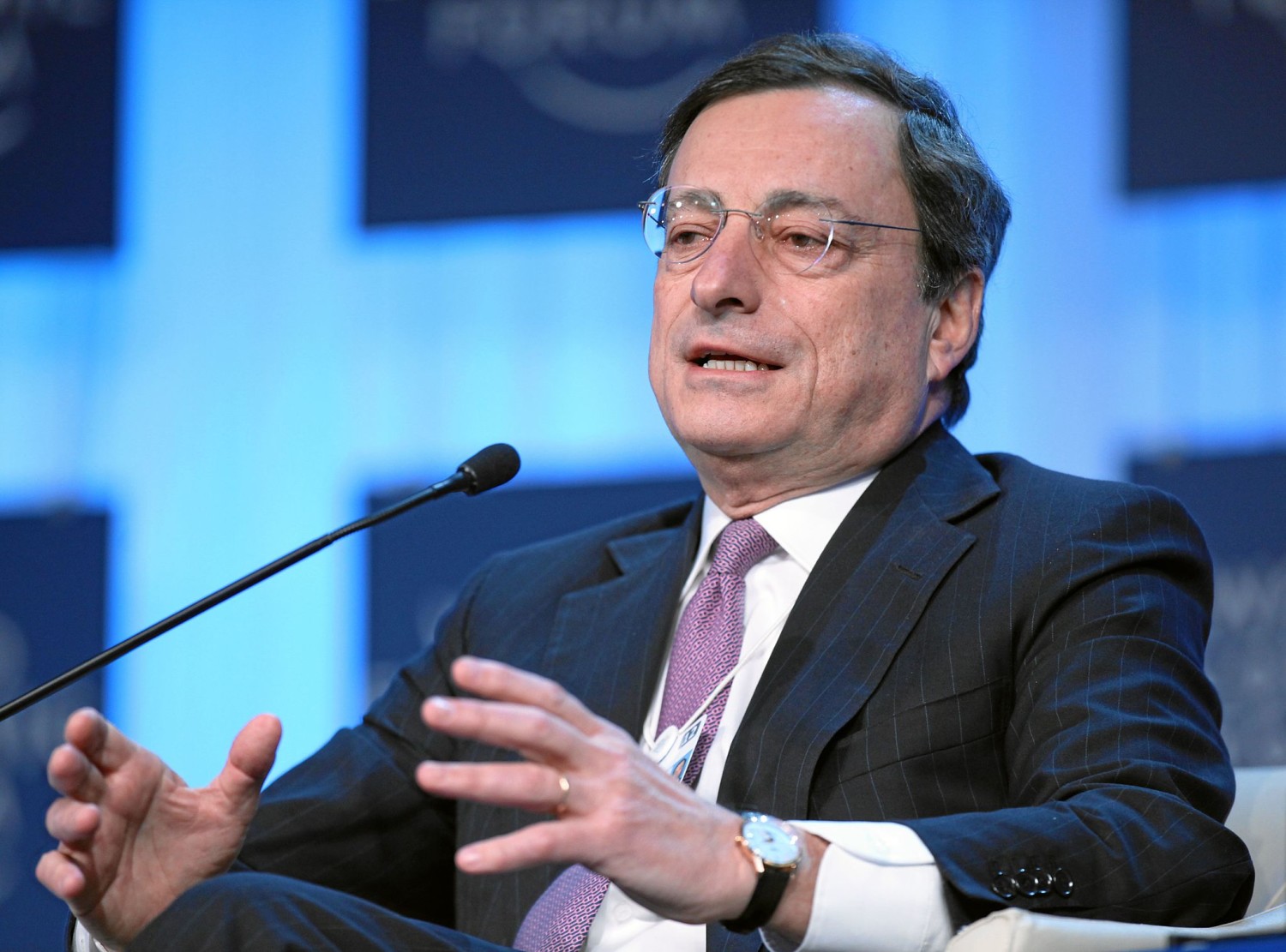 The good surprise in 2015 and the next two years will probably come from the Euro Area. After a long period of stagnation during which the level of economic activity remained unchanged, we can have expectations for a stronger trajectory. GDP growth will probably converge to 2 percent next year and will be higher in 2017. The strategy has dramatically changed since last spring with the implementation of a new and non-orthodox monetary policy. The ECB (European Central Bank) wants to create an impulse that will change the Eurozone’s momentum. That’s an important issue as it completely changes the perspective.

Four points to notice to explain this long period of stagnation

The main fragility was seen with the two deficits, current account and fiscal balance, in an environment of rapidly growing public debt. An austerity policy was expected to be the way to reduce the public deficit and to help the current account to converge toward equilibrium. But by pushing down internal demand, this strategy has led to a deep recession in many countries. Now, current accounts are close to equilibrium in most countries but with a very low level of internal demand and specifically of private internal demand. This is the reason for the weak economic situation of the Eurozone since 2011.

The European Commission’s strategy was focused on public-debt stabilization constraining the private sector. The latter was unable to reduce its imbalances and to decrease its own indebtedness. The private sector, the behavior of which usually conditions the business cycle, was unable to adjust its situation rapidly and be the source of the recovery. That’s the difference from the USA, where the crisis was perceived as a persistent shock. In Europe the analysis suggests that macroeconomic policies were expecting a rebound in the private demand as happened in the past. On one side of the Atlantic, the crisis was structural, and on the other, it was just perceived as a temporary perturbation. The focus was put on the wrong place in Europe and led to a long-lasting recession.

The ECB under Mario Draghi has a macro perception of the Euro Area. It is a global area with a single currency, and a lot of issues must be managed at the Euro Area level. This implies that solutions to the slow momentum have to be found in a global strategy. This is a real difference.

This new strategy was first seen on July 26, 2012, in London with the famous “whatever it takes…” pronounced by Mario Draghi in a speech. He was saying that the ECB has to be the lender of last resort as the currency manager. The euro is just an instrument, but Europe, and the will to live together, is more important and the basement of all European construction. His speech was important because he perceived the Eurozone as a whole.

The monetary policy that has been put in place by the ECB since the spring of 2014 follows the same logic. The solution has to be global to improve the economic situation. The analysis is based on the weak private demand momentum. The idea is that endogenously, the private sector will not be able to drive a recovery as it did in the past. After the first oil shock and after the European Monetary System crisis at the beginning of the 1990s, the European economy was able to converge rapidly to a sustained growth path. After 2011 and austerity policies, this was no longer the case. The question in fact was to know how to boost private demand to feed a recovery. As private indebtedness was still very high as no adjustment has been done, it was almost impossible to imagine an endogenous recovery.

An external shock was needed in order to change behaviors from each economy and the behavior of every actor of those economies. The strategy was then to push down interest rates and to depreciate the single currency.

Even if the ECB has no target for the euro, it is not complicated to understand that, with strong expectations for higher interest rates in the USA, the euro-dollar exchange rate would trend downward. A stronger dollar was also perceived as an objective after Mario Draghi’s effort to convince investors that the ECB interest rates would stay low for a long time and even after a liftoff of its rates by the US Federal Reserve.

The deep change with this new monetary policy is that a lower euro and very low interest rates were instruments for every country and was not specific to one or a few of them. This new perspective is the main reason to expect a recovery.

The rationale behind this strategy is to hasten the recovery.

Gains in competitiveness will create positive shocks on exports, but the story doesn’t stop here. As countries trade one with another in the Eurozone, an impulse in one country will have a spillover effect to its trading partners. This is what we saw before the crisis and what has been broken since 2011. There is a need to have a stronger momentum in order to converge to a more normal business cycle. This synergy between countries will pull up orders and activity. Companies’ investments will then have a reason to increase. This will reinforce the recovery and facilitate the convergence to a more virtuous business cycle. The target is to be able to reduce private-sector imbalances and to converge to more autonomous dynamics.

The strategy is to force everyone to change behavior. With zero-percent interest rates, transfers from the present to the future will be dramatically reduced, and it will be a support for new flows of expenditures. And if a transfer has to be done, it will be at the price of a more risky behavior. The ECB’s target is to increase current expenditures to support production and to change inflation expectations in order to limit the risk of deflation.

The austerity-policy framework suggests an adjustment country by country. This doesn’t suggest a strong consistency between countries, as each one will adjust with its own tools. But in none of them was the private-sector adjustment the main target. In the current ECB strategy, the goal is to create a positive symmetric shock in which the private sector can gain some degree of liberty in order to adjust its own situation. In the first, the target was to make the hypothesis that the stabilization of public finances was key for recovery; in the second, the focus is on the private sector.

The ECB’s demand policy has been helped by a low energy price. This latter is probably the trigger of the current improvement. The deep drop in oil prices has increased consumer-confidence indices throughout the Eurozone, leading to higher expenditures. Retail sales for the Eurozone were 6.75 percent (annual rate) higher during the three months between December and February than during the previous three months. It’s the strongest improvement since the beginning of the 2000s.

The outlook seems brighter as new export-orders indices in the Markit survey improve rapidly, taking advantage of a lower euro. Nevertheless, every country doesn’t follow the same profile; France is lagging behind the rest of Europe. From another point of view, the last ECB survey on banks showed that QE had a positive impact on new credit. The monetary policy has started having an impact.

The expected sequence of growth is relying first on consumer expenditures then on a stronger investment profile, with inflation converging to 2 percent. This last point is important and is a strong hypothesis in the scenario. The recent lively discussion between the former US Fed’s president, Ben Bernanke, and the former secretary of the Treasury, Larry Summers, suggests that it is a real issue.

With an inflation rate close to zero percent and a very accommodative monetary policy, regulation would result in managing liquidity. To avoid financial instability, it would be necessary to reinforce prudential regulation. Increasing interest rates to limit this instability would be counter-productive for growth and has to be avoided, as the Eurozone’s main problem is growth.

In this type of environment, allocation of resources wouldn’t be efficient. With an inflation rate at zero percent, we can expect limited volatility on relative prices. In other words, prices wouldn’t play their roles. At the same time, a zero-percent interest rate would limit the allocation of resources between the present and the future. Monetary policy and the financial and banking sectors would then lose part of their roles. The intertemporal allocation would be deficient. Fiscal policy in that case would have to supplement monetary policy. This could force a more integrated fiscal policy.

The new direction taken by the Euro Area after the new ECB monetary policy is demand-oriented and will create a new momentum on activity and employment. This improvement is necessary to limit the risk of a long stagnation as was seen between 2011 and 2014. The probability to converge to a more virtuous cycle is high. It is a necessity to reduce current imbalances, to facilitate the inception of new political institutions and to reduce the political risk of the Eurozone to burst. There is a need for a stronger momentum; the ECB is doing the job, but it is just the first step to a real monetary union.

Rising Inequality In South Africa and the World: Some Insufficiently Recognised Causes

Where are we heading? Let me remind here a fragment of an ancient vision: “And [the king of the north] will go back (to) his land with great wealth [1945. This detail indicated that Hitler will attack also the Soviet Union and will fight to the bitter end. In the beginning there were no signs of such the ending of this war]; and his heart (will be) against the holy covenant [hostility towards Christians]; and will act [it means activity in the international arena]; and turned back to his own land [1991-1993. The collapse of the Soviet Union and the Warsaw Pact. Russian troops returned to their country]. At the appointed time [he] will return back.” (Daniel 11:28, 29a, literal translation) The return of Russia in this context means crisis, which will eclipse the Great Depression. Not only the eurozone will break up, but also the European Union and NATO. Then many countries of the former Eastern block will return to Russia’s zone of influence. Russian troops will be stationed here again.

All the details of this vision are being fulfilled from the time of ancient Persia, in chronological order.