Top Posts
Why the Status of the Fifth-Largest Economy Is a Job...
Syrian Economic Outlook Dims as Internal Conflict, Resource Theft and...
Unwinding the Unconventional Monetary Policy in Japan
Three Significant Payment Trends in 2022
Recessions Hurt: Does the Data Show That the World’s Major...
Every Organisation Should Be Aware of Invoice Scams
Home Finance The Eurozone Growth Outlook for 2022
Finance

The Eurozone Growth Outlook for 2022 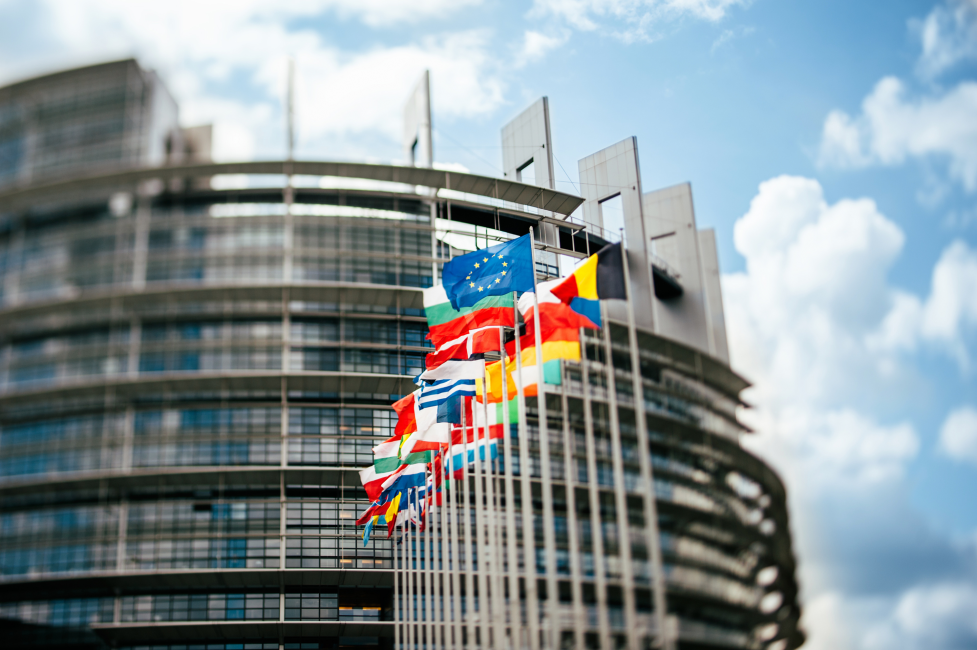 With the COVID-19 crisis continuing to impact the global economy in 2021, the eurozone turned out to be one of the most intriguingly affected regions, showing strong resilience to the pandemic earlier in the year but then failing to build on that momentum during the latter half. As such, the 19-member euro region’s growth prospects for 2022 are likely to play an instrumental role in determining the world economy’s overall resistance to the pandemic this year, particularly if that initial strength can be summoned once more.

Last year, the eurozone saw a considerable curtailment in annual gross domestic product (GDP) growth from 14.4 percent in the second quarter to just 3.9 percent in the July-September quarter. Further deceleration is anticipated for the final quarter of 2021, as the Omicron variant of COVID-19 led to a surge in case numbers across the region and kept a lid on business activity.

The Northern European members of the eurozone, such as Germany and the Netherlands, were particularly badly hit by Omicron, which managed to infect a great number of people with vaccination rates much lower in those countries. Higher inoculation rates in southern states, including Italy and Spain, meanwhile, have helped to shield their respective populations against the virus thus far.

But recent warnings from the World Health Organization (WHO) ought to be heeded, most notably that half of Europe will have caught the Omicron variant within the six-to-eight-week period beginning mid-January. “Today the Omicron variant represents a new west-to-east tidal wave, sweeping across the region on top of the Delta surge that all countries were managing until late 2021,” the WHO’s Dr. Hans Kluge stated on January 11, whilst also referencing the Seattle-based Institute for Health Metrics and Evaluation (IHME) when forecasting that “more than 50 percent of the population in the region will be infected with Omicron in the next six to eight weeks”.

Indeed, the near-term outlook for the first quarter of 2022 remains decidedly muted, with Fitch Solutions recently attributing this to “the fading catch-up effects post-lockdown”, which have only been exacerbated by Omicron—in turn, prompting governments to tighten restrictions on service sectors. And although the region’s manufacturing sector is showing promising signs of recovery on the back of a number of easing supply-chain issues, rising energy costs and waning external demand are tempering growth expectations for the time being.

But despite the expected slowdown, Fitch estimated eurozone growth hit 5.0 percent in 2021 and forecasted a 4.1-percent increase in real GDP growth in 2022. “We anticipate that after a soft patch in Q1 ‘21, activity next year will be driven by rebounding consumer spending as households partially run-down excess savings built up over the pandemic and as labour market conditions continue to improve,” Fitch explained on December 21. “At the same time, fixed investment will be boosted by ambitious public sector capital expenditure plans linked to the €750bn Next Generation EU recovery fund. Strength in domestic demand will result in a pick-up in import growth, but the negative impact on headline activity will be somewhat offset by a recovery in the export-oriented manufacturing sector later in 2022, most notably in the auto industry.”

Indeed, most economists believe the eurozone will perform relatively well this year. According to Financial Times (FT) analysis, the region’s economy is coping with Omicron much more adeptly than it managed with previous variants, thanks mainly to “high vaccination rates and society’s improved ability to live with the virus”. This has meant that cinema-ticket sales, hotel bookings, job postings and mobility data have fallen less aggressively than was the case during previous surges in infection numbers, the FTnoted. “The economic impact of the pandemic is fading by the wave,” said Bert Colijn, an economist at ING. “The relatively high levels of mobility are positive for economic activity.”

And what is expected to drive much of this rebound? “Growth will be supported by strong consumption, with households reducing their saving rate, and higher investments owing in part to national and European recovery plans,” the OECD (Organisation for Economic Co-operation and Development) projected in its December snapshot for the region. “Unemployment is projected to decline to close to pre-crisis levels. With the rapid reopening of the economy, supply chain bottlenecks and the rebound in energy prices are pushing up inflation. Although inflation dynamics vary across the euro area, this is not expected to last, with inflation returning to levels below the ECB objective by the end of 2022.”

Some also expect the service-oriented economies, such as France and Spain, to outperform the more manufacturing-heavy economies, such as Germany. Indeed, the third quarter of 2021 saw services-led growth more than offset the constraints to industrial activity, mostly resulting from supply bottlenecks. “With the pandemic subsiding, we anticipate that service sector activity will be boosted by the release of pent-up demand, with the travel industry in particular in-line to rebound strongly from Q222 [second quarter 2022] after an incomplete recovery in 2021,” noted Fitch. Meanwhile, macroeconomic projections from the staff of the Eurosystem—that is, the European Central Bank (ECB) and the national central banks of member states—in November predicted that while growth in manufacturing activity may have stalled, “the services sector is gradually recovering amid the progressive reopening of many economies”. Since then, however, the output component of the eurozone manufacturing PMI (purchasing managers’ indexes) for December reached a three-month high of 53.9, strongly suggesting that manufacturing is also rebounding.

Government policy in the eurozone will also be a key driver in enabling it to grow more quickly than the United States over the next couple of years, according to Goldman Sachs. The US investment bank is touting eurozone growth to hit 4.4 percent this year and 2.5 percent in 2023, compared with US growth rates of 3.5 percent and 2.2 percent, respectively. Sven Jari Stehn, Goldman’s chief European economist, recently told CNBC that although the near-term picture for Europe remains challenging, there is still considerable scope to grow. “The hit is more manageable than last year,” he said in reference to the more recent impacts of COVID-19, with European countries generally refraining from implementing restrictions despite the potential threat of the Omicron variant. This policy has helped mitigate deeper economic shocks thus far in 2022, Stehn noted, whilst also identifying European fiscal policy as likely to provide more room for growth compared to the US. Indeed, Stehn said he believes that the eurozone “stands out” in this particular regard.

But the outlook isn’t entirely upbeat, with the EC acknowledging that certain scenarios could knock the region off this growth trajectory. “There are three key threats to this positive picture: a marked increase in COVID cases, most acute in areas where vaccinations are relatively low; rising inflation, driven largely by a spike in energy prices; and supply-chain disruptions that are weighing on numerous sectors,” according to Paolo Gentiloni Silveri (Gentiloni), European Commissioner for Economy.

Could inflation prove a significant roadblock to the eurozone fulfilling its growth aspirations? Prices in the region rose by 4.9 percent annually in November, accelerating from 4.1 percent in October. As Mr. Gentiloni observed, surging energy prices are chiefly responsible for this acceleration. But services inflation is also contributing to the situation through the normalisation of prices in such sectors as travel and hospitality following the end of lockdowns, as is industrial-goods inflation thanks to supply-chain bottlenecks and higher raw-material prices.

“We expect inflation to fall sharply from the start of next year (also because the upward impact of changes in VAT rates will fall out of the series) and end up comfortably below 2% by the end of the year and in 2023,” ABN AMRO’s senior eurozone economist, Aline Schuiling, wrote as part of the bank’s “Eurozone Outlook 2022” published on December 9. “Energy price inflation seems to have peaked now, and should fall back in the course of next year. Moreover, leisure and holiday-related inflation and hence services inflation is likely to ease, as we judge that the prices of these items have largely normalised. With inflation likely to fall back below target by the end of 2022, we expect the ECB to maintain an accommodative policy stance.”

Beware of Crypto-Scams, the Top Threat to Investors “By Far”